Ever since Little Brother dropped their 2003 debut album, The Listening, the Tar Heel State has been a steady source for deep-rooted, true-to-form boom-bap. North Carolina is currently home to some of rap's most respected artists: 9th Wonder, Phonte, Deniro Farrar and, of course, Rapsody. Signed to 9th's label Jamla Records, Rapsody is smarter, funnier and arguably harder than most of her male counterparts. On the track "Lonely Thoughts (Remix)," from her 2013 mixtape, She Got Game, Rapsody aligns herself with her idols, A Tribe Called Quest: "I never breathe, another breed, Q, Phife, Ali Shaheed/ Check the rhyme, it's just my time to kill it like the purge this spring." She Got Game was one of 2013's most notable drops on Datpiff and featured a heavy roster of talent like Jay Electronica, Chance the Rapper, Common and DJ Premier. Also performing are 9th Wonder, De La Soul and Better Taste Bureau, the 2014 City Weekly Music Awards Rap Group of the Year. (Colin Wolf) Pioneer Park, 300 West & 300 South, 7 p.m., $5, TwilightConcertSeries.com

Black Kids
After this Jacksonville, Fla., indie-pop band released their 2007 debut EP, Wizard of Ahhhs, as a free MySpace download that made the entire Internet wet itself—even Pitchfork gave the album a rare 8.4 rating—the future for Black Kids only looked rosy. A year later, though, their '80s-influenced debut full-length, Partie Traumatic, was a huge flop, despite the inclusion of catchy single "I'm Not Gonna Teach Your Boyfriend How to Dance With You"—which, surprisingly, was written while frontman Reggie Youngblood was working in a soul-sucking call center. But after taking a good, long break from making music and touring, Black Kids are back at it, and if their slick brand-new track "Origami" is any indication, the band's ups and downs were only bumps in the road. Local acts The Circulars and High Counsel will also perform. (Kolbie Stonehocker)The Urban Lounge, 241 S. 500 East, 9 p.m., $8 in advance, $10 day of show, TheUrbanLoungeSLC.com; limited no-fee tickets available at CityWeeklyStore.com


The first thing you see when visiting PeterHarper.com is his unique bronze sculptures and handmade belt buckles, but this California visual artist also expresses his creativity through music. As the brother of prominent blues/folk singer-songwriter Ben Harper, Peter has music in his genes. Since music is such a big part of his family, Peter felt like he had a lot of high expectations to meet when recording his self-titled album—released in fall 2013—but he was able to find his own voice on Peter Harper. The introspective, heartfelt songs—such as "Make Me Weak" and "Take It Home"—feature a warm, mellow voice, and songwriting focused on universally applicable themes. Also on the bill is similarly minded Salt Lake City singer-songwriter Cory Mon, whose debut solo album, North, dropped recently, as well as Coin in the Sea. (Kolbie Stonehocker)Velour, 135 N. University Ave., Provo, 8:30 p.m., $8, VelourLive.com


Since he was a reporter with a finger constantly on the pulse of Salt Lake City's cultural goings-on, it's no surprise that many media outlets—including The Salt Lake Tribune, KUER and Salt Lake Magazine—can claim Dan Nailen as their own. But we at City Weekly like to think Nailen enjoyed his time here—as music editor and, later, managing editor—the most. His example would later influence me as a music editor; with his laid-back, conversational interview style—punctuated by deep, genuine, belly-shaking laughter—he helped me conquer my nervousness about interviewing national bands. Now, he begins a new chapter as the arts & culture editor at The Inlander in Spokane, Wash. Come wish him happy trails (and buy him some much-deserved shots) at this farewell party, featuring Bronco, one of SLC's longest-running alt-country bands. (Kolbie Stonehocker)The State Room, 638 S. State, 9 p.m., register at TheStateRoom.com for tickets


Hailing from Indiana, 32-year-old Timothy Showalter, aka Strand of Oaks, shows his Midwestern roots with melancholy lyrics about women, drinking and his own demons on his fourth full-length album, Heal, released in June. But the album isn't all darkness and angst; the upbeat opener "Goshen '97" has a rocking guitar riff and proclaims that Showalter wants "to start all over again," making it clear that, as evident in its title, the record is more about healing and new beginnings than anything else. Christopher Denny is also on the bill. (Natalee Wilding) @ Kilby Court, 741 S. Kilby Court (330 West), 8 p.m., $10, KilbyCourt.com; limited no-fee tickets available at CityWeeklyStore.com

The Offspring, Bad Religion, Pennywise, Stiff Little Fingers
The ticket price for this show looks a little steep at first glance, but all of the names on this star-studded lineup warrant a show all their own, so it's more like a crazy bargain. California bands The Offspring, Bad Religion and Pennywise are punk mainstays whose respective sounds share common roots of loud, fast guitar and even louder, faster drums, and their politically minded lyrics are continually relevant. The night's setlist should prove to be full of pleasant surprises, as all the acts have long, accomplished discographies to choose from, including Bad Religion's latest, 2013's True North, and Offspring's seminal 1994 album, Smash, which they'll play from beginning to end. Also on the bill is Northern Ireland punk vets Stiff Little Fingers, who came together in the '70s but continue to release new music, including their latest, No Going Back, which dropped in March. (Kolbie Stonehocker)The Complex, 536 W. 100 South, 7 p.m., $35 in advance, $40 day of show, TheComplexSLC.com 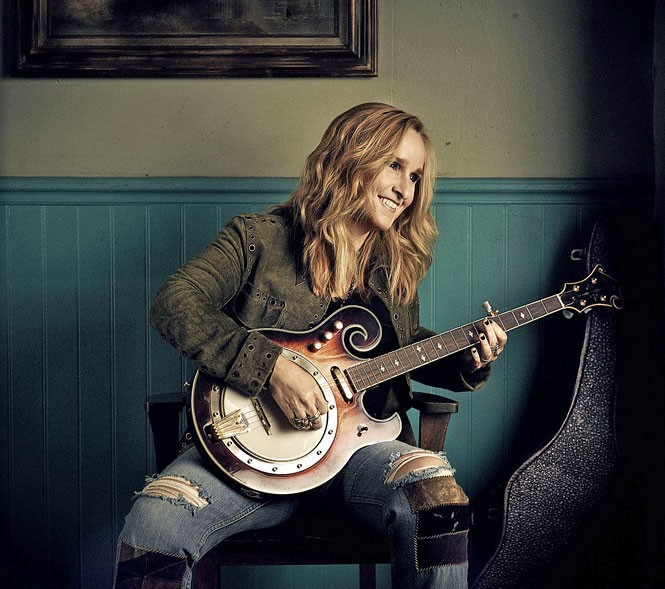 
Two-time Grammy Award winner, LGBT activist and cancer survivor Melissa Etheridge is touring in support of her upcoming album, This Is M.E., which will be released Sept. 30. Etheridge is proving that after almost three decades in the business, she can still surprise listeners with her willingness to experiment, adding a more lighthearted and uplifting quality to her grunge-rock history, as her tried & true raspy voice burns through each song alongside sharp acoustics that demand your ear. Truly at home onstage, she is known to feed off the crowd's energy and rock several different instruments, like the piano, tambourine and, of course, her guitar. (Camri Mecham) Kingsbury Hall, 1395 Presidents Circle, University of Utah, 8 p.m., $55-$65, KingTix.com