It's crazy to think that the final show in the Twilight Concert Series has come already, but The Head & the Heart, San Fermin and Westward the Tide can be expected to end the season on a high note. Centered around the three-person vocal harmonies between Josiah Johnson, Jonathan Russell and Charity Rose Thielen, the music created by Seattle six-piece band The Head & the Heart is joyful, communal, Americana-tinged indie-folk, as heard on their most recent album, 2013's Let's Be Still. Shimmering with piano and violin, songs like the energetic "Shake" and the bouncy "My Friends" will get in your head and stay there. Also performing is New York baroque-pop outfit San Fermin, and local folk-rock band Westward the Tide, the winning band in the 2014 City Weekly Music Awards. (Kolbie Stonehocker) Pioneer Park, 300 West & 300 South, 6:15 p.m., $5, TwilightConcertSeries.com 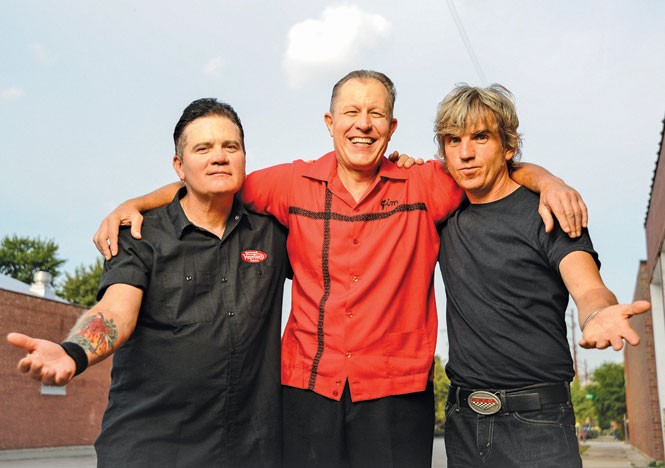 
For nigh on 20 years now, Dallas-based psychobilly kings The Reverend Horton Heat have been putting their trademark spin on the classic genres of rockabilly, honky-tonk and surf, adding solid doses of punk, high-octane energy and irreverent humor—they have an album titled Liquor in the Front, enough said. The trio—fronted by lead vocalist/guitarist Jim "Reverend Horton" Heat—released their latest full-length album, Rev, in January, and with songs like "Let Me Teach You How to Eat" and the instrumental "Victory Lap," it's proof there's no stopping this hell-bound rock & roll train. Pinata Protest is also on the bill. (Kolbie Stonehocker) The Depot, 400 W. South Temple, 9 p.m., $16 in advance, $21 day of show, DepotSLC.com

How to Dress Well


If there ever were an album that disproved the notion that pop music is frivolous, meaningless fluff, it's the third album from Colorado-born musician Tom Krell, aka How to Dress Well. Trying to describe "What Is This Heart?" (yes, the quotation marks are purposeful) with a tidy adjective like "emotional" doesn't come close to doing it justice. Listening to these dreamy, orchestral, sometimes stark songs—with Krell's R&B-inflected falsetto at the forefront—is akin to watching a film that's so profound that it sticks with you for days after and makes you rethink everything you're doing with your life. Filled with intimate ponderings and questions about nothing less than the thorny but beautiful nature of love and What We're All Doing Here, "What Is This Heart?" pulls listeners' hearts in every direction imaginable. Local dream-pop band Salazar will start things off. (Kolbie Stonehocker) The Urban Lounge, 241 S. 500 East, 9 p.m., $12 in advance, $14 day of show, TheUrbanLoungeSLC.com; limited no-fee tickets available at CityWeeklyStore.com 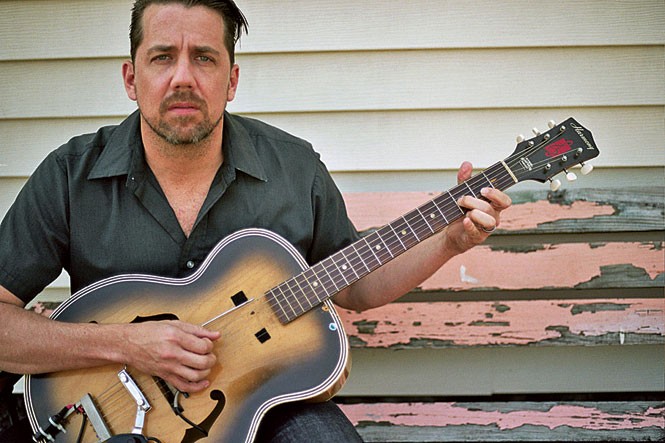 
At an age when other kids are content to rot their brains with cartoons and video games, Nashville, Tenn.-based blues-rock musician Patrick Sweany was teaching himself guitar by listening to his dad's record collection, picking along to artists like Lead Belly and Lightnin' Hopkins. And his hard work paid off, as he can sure lay down some sizzling guitar, but his voice is what really sticks out about him: Smoky and smooth, it's full of genuine emotion and undeniable, powerful soul. On his latest album, 2013's Close to the Floor, that voice especially shines in the sexy, moody "Every Night Every Day," which gets a classic blues feel from unhurried, swaggering guitar and, of course, Sweany's heart-stopping belting. (Kolbie Stonehocker) The Garage, 1199 N. Beck St., 9 p.m., $8, GarageOnBeck.com


Guitarist/vocalist Michael Gira, the founder of '80s New York experimental rock band Swans, says in the band's online bio that getting back together in 2010 after a 14-year hiatus wasn't a "reunion" or a "dumb-ass nostalgia act," but a way to move forward after making a handful of albums with his other band, Angels of Light. And move forward Swans did, into weird and alien musical territory that other bands wouldn't dare touch, let alone showcase on a sprawling two-disc album. Titled To Be Kind—released in May—the record clocks in at more than two hours, and is at times oppressive and grating, other times darkly beautiful, with growling shouts punctuating droning guitar and snippets of noise. Expect no traditional song formats here; instead, there's the half-hour-long "Bring the Sun/Toussaint L'Ouverture" and the brain-melting jumble of "Oxygen," among others. Carla Bozulich is also on the bill. (Kolbie Stonehocker) The Urban Lounge, 241 S. 500 East, 9 p.m., $23 in advance, $25 day of show, TheUrbanLoungeSLC.com; limited no-fee tickets available at CityWeeklyStore.com


Many modern "old-timey" bands rely more on gimmicks than actual musical talent, using funny hats and suspenders to disguise the fact that their music isn't that great. But between their eyebrow-raising instrumentation and tricky song structures, this Ann Arbor, Mich.-based five-piece band is the whole package. Ingeniously blending folksy Americana with sultry jazz, The Appleseed Collective made their live-recorded latest album, Young Love, a truly ear-catching listen, as vocal harmonies glow warmly and lilting fiddle and intricate guitar intertwine. And they have the clever songwriting ability to match, as heard on the track "Novelty Item," on which vocalist Andrew Brown sings, "You won't find me at the drugstore because I ain't synthesized/ Won't find me at the mall I don't come in a different size." (Kolbie Stonehocker) Burt's Tiki Lounge, 726 S. State, 9 p.m., $6, Facebook.com/Burts.TikiLounge


A Portland, Ore.-based band that trades indie seriousness for humor, Genders don't take themselves too seriously while producing songs that are perfect for an end-of-summer soundtrack. Hopping on the road to promote their most recent album, Get Lost, the band chose Salt Lake City as one of their very few stops. The members of Genders describe themselves as an "anything" band, choosing to play whatever they want, which is often a blend of pop, rock and psych that's perfect for dancing, hanging out, or sitting quietly and enjoying the sunset. Also performing are 90's Television and Koala Temple. (Rebecca Frost) Kilby Court, 741 S. Kilby Court (330 West), 8 p.m., $6, KilbyCourt.com