THURSDAY 8/16
River Whyless, Adam Torres
Asheville, N.C., quartet River Whyless might have started life as a folk-inspired new-Americana outfit. But on their latest album, Kindness, A Rebel, they expand their sonic palette to include raw indie rock, shimmery international beats and dark synth-pop. More importantly, the band's third full-length takes direct aim at America's current ills: "Born in the Right Country" takes an unblinkered look at white privilege, and "Failing Farm" balances rural menace and utopian hope over shuffling marimbas. Album opener "All of My Friends" is, unexpectedly, of a piece with LCD Soundsystem's "All My Friends"—both songs bemoan the loss of compassion, generosity and humility in the country at large while celebrating such characteristics in the insular social circles encouraged by modern society. "War Is Kind" and "Mama Take Your Time" hearken back to River Whyless' acoustic roots in the Appalachians, while "Another Shitty Party" somehow bottles up our modern-day tribalism and fear into auditory form. But it's the propulsion of "The Feeling of Freedom" that encapsulates River Whyless' growth and potential, with rapid-fire drums, Afro-beat guitars and joyous lyrics about "the wind in your face" and "the wind at your back" skittering down a metaphorical highway. As the band describes Kindness, A Rebel in an email to NPR, "It's both a celebration and perpetuation of the freedom we all have to speak, to disagree, to be both challenged and enriched by our collective differences." Kilby Court, 741 S. Kilby Court, 7:30 p.m., $15, all ages, kilbycourt.com

Hop Along, Thin Lips
Frances Quinlan's voice contains multitudes—upwards of 10 different voices, according to reviews of her band Hop Along's latest album, Bark Your Head Off, Dog. Whispering, wailing, creaking, ringing, soaring and vibrating all at once, Quinlan will make you feel in your bones every hollered chorus, every sloughed-off turn of phrase and every muttered vocal tic. Additionally impressive is the fact that Quinlan plays guitar while she sings, underlining the dexterous versatility of Hop Along, which includes Frances' brother, Mark, on drums; bassist Tyler Long; and guitarist/producer Joe Reinhart. Bark Your Head Off, Dog's nine songs pull from a far wider range of styles than 2012's folksy Get Disowned and 2015's punky Painted Shut. "Not Abel" incorporates chamber pop elegance, plunking pizzicato and heavenly harp accentuating Quinlan's howls before the song devolves into a minor-key rocker. "The Fox in Motion" employs a beat machine for what feels like the first time in Hop Along history, while "Somewhere a Judge" mines '80s New Wave and '90s college rock in a surprisingly fresh way. Still, it's Quinlan's pipes—and her inimitable narrative perspective—that shine. "How You Got Your Limp" is sonically beautiful, yes, but repeated listens let its incisive lyrics—set in a big-city bar and told from a waitress' perspective—sink in: "Put that professor into a cab/ Avoiding as best as one can/ The voice of a doomed man/ Condemning his students and my lack of power/ I knew him, I can hear you/ The whole bar can." The Urban Lounge, 241 S. 500 East, 9 p.m., $15 presale; $18 day of show, 21+, theurbanloungeslc.com 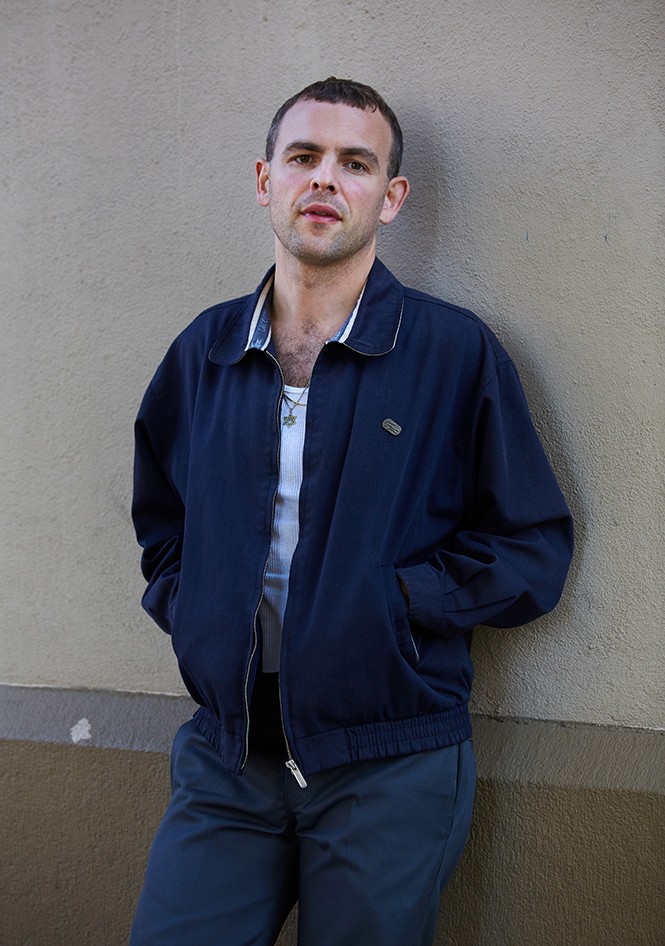 FRIDAY 8/17
Amen Dunes, Okay Kaya
Damon McMahon's music has always valued feeling over forthrightness, twisting the knob on vocal inflections and psych-folk beats to make something spiritual. But Freedom, McMahon's fifth album as Amen Dunes, floods the soundscape with sunlight, clarifying both the hooks and the words with sparkle and shine. McMahon spent three years meticulously building Freedom from scratch, employing the help of Italian producer Panoram, New Jersey guitar savant Delicate Steve and Nick Zinner of Yeah Yeah Yeahs to build a new model for Amen Dunes. It's one that's both tragic—McMahon used his mother's cancer diagnosis as a creative starting point—and transformative, flirting with radio-friendly pop one moment and rebellious goth-rock the next. Freedom pays tribute to both surfers ("Miki Dora") and saints ("Calling Paul the Suffering"), finding inspiration in worldly and heavenly realms. That aligns with McMahon's longstanding love of cosmically transcendent electronica—and his newfound ability to translate that love into something more classically accessible. (Nick McGregor) The Urban Lounge, 241 S. 500 East, 9 p.m., $15, 21+, theurbanloungeslc.com 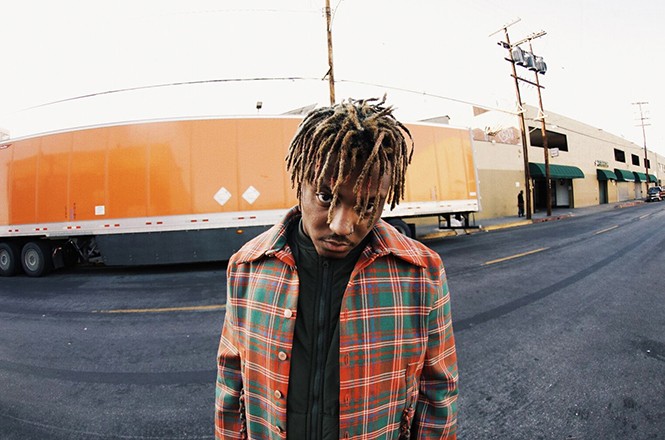 SATURDAY 8/18
Juice Wrld, Lil Mosey, YBN Cordae, Blake
Although Soundcloud continues to churn out new legions of controversial rap stars every day, something about Chicago's Juice Wrld feels different. The 19-year-old born Jarad Higgins spent as much time soaking up trap gods like Soulja Boy and Future as he did emo-punk bands like Escape the Fate and Panic! at the Disco. He can hit hard, detailing his drug intake and his flashy threads—but he also embraces his softer side, rapping about love and "Lucid Dreams," so far his strongest commercial single. If you haven't heard of Juice Wrld, don't worry: Nine months ago, he was a mostly unknown bedroom rapper who routinely made $100 for live performances. In March, he signed a $3-million deal with Interscope, and now he's on his maiden headlining voyage with mainstream coverage from Billboard and The New York Times under his belt. Since debut album Goodbye & Good Riddance was released in May, Juice Wrld has been on a creative tear, recording more than 100 new tracks that speak to both the highs and the lows of instant fame. "Legends" and "Rich and Blind" were two such standouts, songs that Juice Wrld freestyled on the spot after fellow young Soundcloud celebrity XXXTentacion was murdered in South Florida. "I know this is all a blessing and a surreal opportunity," Juice Wrld told Pigeons & Planes in April. "[But] I just push forward. I just remember what I'm in it for. I would say everything is just one big adrenaline rush." The Complex, 536 W. 100 South, $34.50-$147.50, all ages, thecomplexslc.com 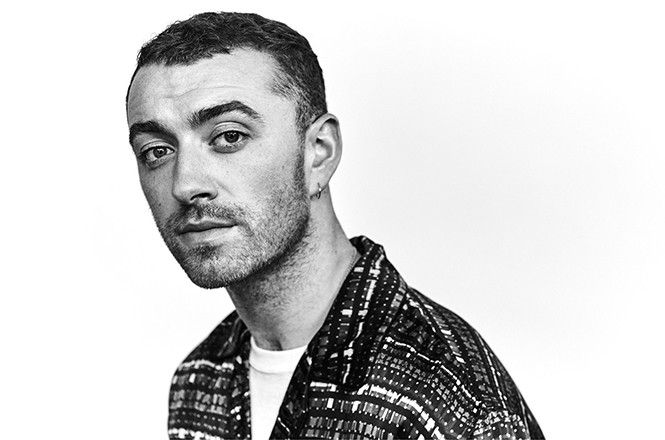 WEDNESDAY 8/22
Sam Smith
Sam Smith's music does equally well tugging at heartstrings as it does getting arena audiences to dance. Mining our current fascination with soul and R&B, Smith's career started in 2012 with guest features on tracks by underground acts like Disclosure and Naughty Boys. But it was Smith's 2014 debut album, In the Lonely Hour, that catapulted him to mainstream success thanks to chart-topping singles "Lay Me Down," "Money on My Mind" and "Stay with Me," the latter of which won Record of the Year and Song of the Year at the 2015 Grammy Awards. Since then, Smith has grappled with mega-fame, both embracing it (he and singer/songwriter Jimmy Napes won a Golden Globe, an Oscar and a Guinness World Record for composing the theme song for Spectre, the latest James Bond film) and pushing back against it (he wrestled with the public's response to his sexuality and gender identity for several years). In an emotional November 2017 interview with The New York Times, reporter Taffy Brodesser-Akner provided "a mostly complete inventory of the times that sweet, sad Sam Smith cried over the course of two hours," detailing the fact that although Smith came out to friends and family at age 10, he didn't meet another gay man until he moved to London at age 19—and didn't fully understand the history of homosexuality until several years later. Sophomore full-length The Thrill of It All achieved the last major accolade Smith had yet to realize—a debut atop the U.S. Billboard 200—and still propels his current tour nearly a year after its release. Vivint Smart Home Arena, 301 W. South Temple, 8 p.m., $22-$122, all ages, vivintarena.com 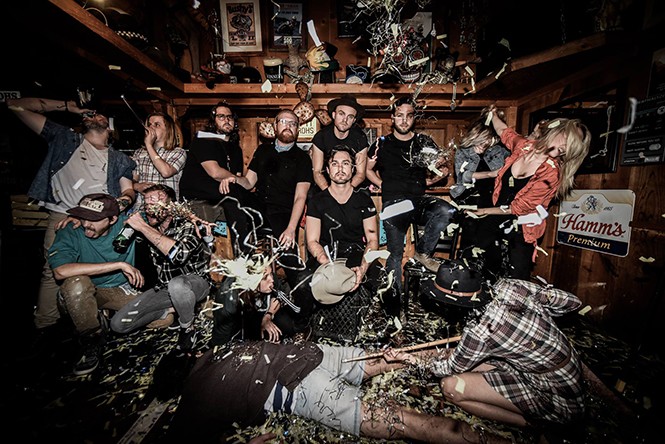 Lydia, Jared & The Mill, Cherry Pools
Hailing from Phoenix, Ariz., Jared & The Mill have perfected a strain of country-influenced indie rock equally rooted in both the South and the Southwest. Yes, there's plenty of foot-stomping, hand-clapping, shout-along rowdiness on full-lengths like 2013's Western Expansion and 2015's Life We Chose, along with 2016 EP Orme Dugas and forthcoming 2018 album This Story Is No Longer Available. Jared & The Mill even famously play in the middle of the crowd, on the venue floor, for each show's encore. But there's also something deeper buried in their best songs. "Soul in Mind" celebrates unabashed individuality with the line "Paint me gold and call me what you like/ Split me up in two and keep the better side/ And I'll try to be just like that guy." Unabashed honesty like that is rare in today's music world, but frontman Jared Kolesar and his band of brothers bring it. Fellow Sun City rockers Lydia do the same on new album Liquor, elevating singer Leighton Antelman's emotionally strained vocals to top billing alongside Matt Keller and Justin Camacho's cinematic, blues-influenced riffs. Liquor pushes the band's boundaries even farther, absorbing electronic experimentation and a dark lyrical slant. Get to this show early for opener Cherry Pools' pitch-perfect summery pop. In The Venue, 579 W. 200 South, 7 p.m., $18 presale; $20 day of show, facebook.com/inthevenue