THURSDAY 8/3
Kamasi Washington, Antibalas
The well-curated Twilight Concert Series almost always features predominantly indie rock and conscious hip-hop acts—not so many collaborative jazz cats. That's Los Angeles-based sax wiz Kamasi Washington in a nutshell, as he's best known from working with acts like Thundercat, Ryan Adams, Kendrick Lamar and Snoop Dogg. Although he's dropped three self-released albums since 2005, his label debut The Epic (Brainfeeder) came only two years ago. But at nearly three hours long, it's literally and musically deep, an expansive head trip that proves he not only has the material to headline, but also the chops to stretch it far into that night. The idea of an adventurous, all-instrumental jazz set under the trees and stars at Pioneer Park sounds quite nice. Brooklyn afrobeat band Antibalas makes it all the better with their lively multiculti jams. (Randy Harward) Twilight Concert Series, Pioneer Park, 350 S. 300 West, 7 p.m., $7.50 presale, $10 day of show, all ages, twilightconcerts.com 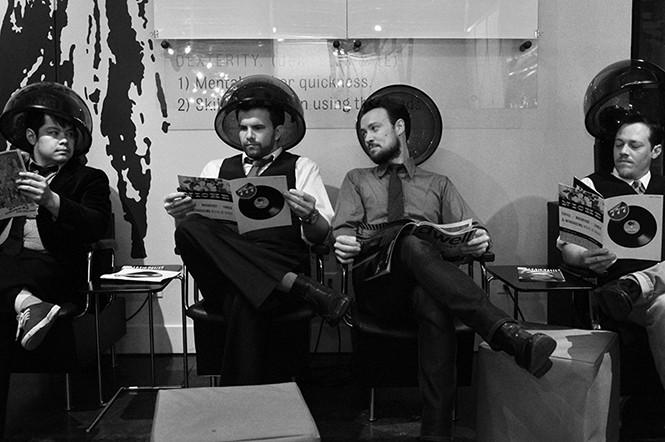 FRIDAY 8/4
Tolchock Trio, Palace of Buddies, 90s Television
It seems almost impossible to believe, but once upon a time, there was a local band so smart and savvy that they covered a song by English post-punks The Fall, penned an ode to Detroit noise band Wolf Eyes and took their name from a word in the 1962 Anthony Burgess novel A Clockwork Orange ("tolchock" is Russian slang for "prison toilet," among other things). Formed in 2000, the band was originally an actual trio until the lineup of bassist/vocalist Oliver Lewis, drummer Dan Thomas and guitarist/vocalist Ryan Fedor welcomed guitarist Tommy Nguyen. Over three concise yet stylistically comprehensive albums, they staked out their spot as one of SLC's most adventurous musical units: spiky yet sensitive, angular and adult. While the band dissolved in 2013 when Thomas moved to Los Angeles to work with the Joshua Payne Orchestra, this one-off show was set up as a surprise 40th birthday present to Fedor from his wife Chris, and Thomas is trekking back for the occasion—which happens almost four years exactly from their farewell show. Don't miss this chance to see them one more time. (Brian Staker) Urban Lounge, 241 S. 500 East, 9 p.m., $5, 21+, theurbanloungeslc.com 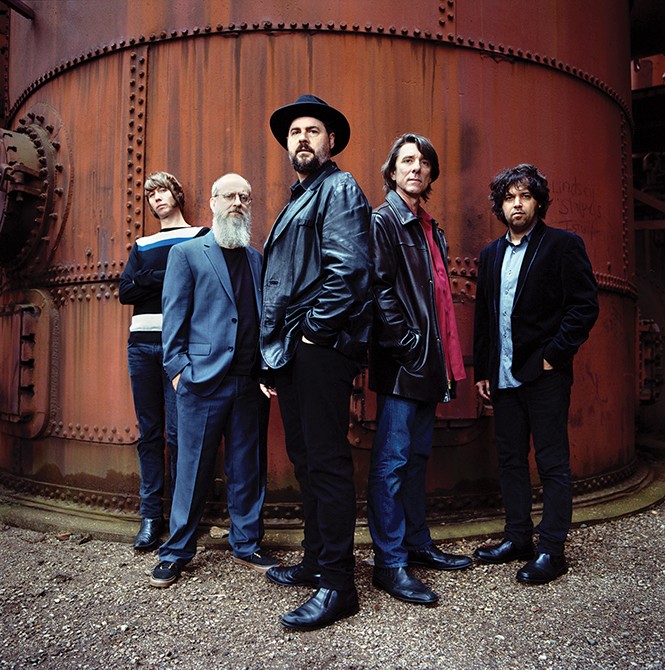 Drive-By Truckers, Asleep at the Wheel
Alternative-country combo Drive-By Truckers is one of the great grassroots success stories: coming out of Alabama, hitting the road like their namesake and building a following for their intimate, incendiary live shows and solid songwriting. DBT—now based in Athens, Ga.—has come a long way from its initial release, Gangstabilly (Soul Dump Records, 1998) to its 11th, last year's American Band (ATO Records). The new album continues their tradition of delivering literary food for thought through music, addressing the deep political divide and offering profound insights on the South and what the region represents in the great American mythology. The song "Surrender Under Protest" starts, "From the comfort zone of history/ on the lips of trusted loved ones/ to the lonely, fragile minds of angry youths," then proceeds to show how uncomfortable a wide-open look at history can be. As for the openers: Led by co-founder Ray Benson, country/Ameripolitan/Western swing outfit Asleep at the Wheel dates back to the early '70s, with a discography boasting nearly three dozen albums. The band's most recent release is Still the King: Celebrating the Music of Bob Wills and the Texas Playboys (Bismeaux, 2015), their third tribute to the Western swing legend—not counting Ride with Bob, their musical based on a hypothetical conversation between Benson and Wills. (Brian Staker) Red Butte Garden, 300 Wakara Way, 7:30 p.m., $38-$43, all ages, redbuttegarden.org 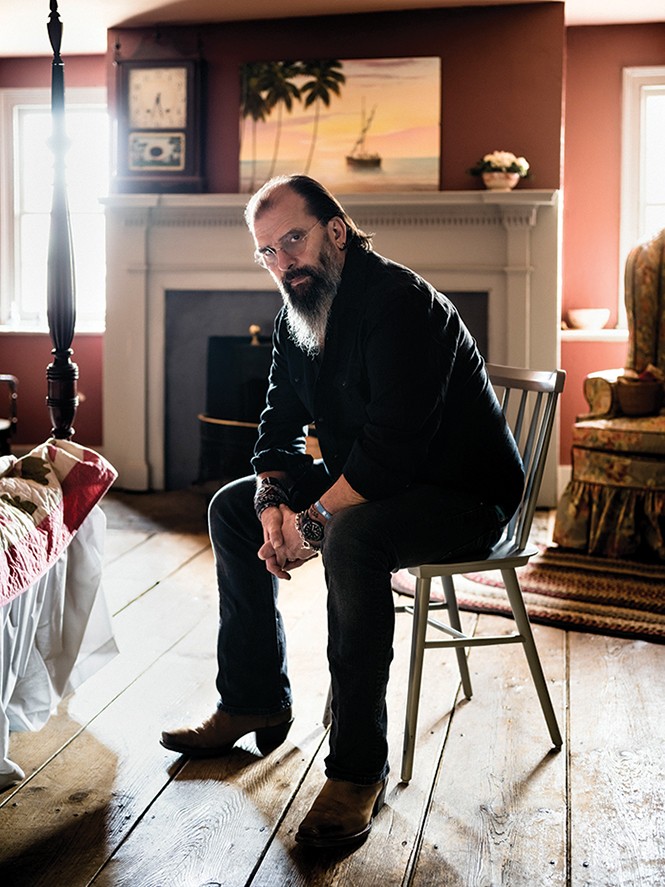 SATURDAY 8/5
Steve Earle & the Dukes, The Mastersons
The title of Steve Earle's 16th studio album, So You Wannabe an Outlaw (Warner Bros., 2017), should make you chuckle. Earle, of course, is—or was—an outlaw, having done time on drug and weapons charges in the mid-'90s. Upon his release, he kicked his addiction. He's also been married seven times, including one recidivist union, so we're talkin' about one tough sumbitch. The title, then, is a gentle Scared Straight! jab to the wannabes who think it's cool and fun to be bad. The subtext is that there's a difference between a bad boy and a badass—which is what Earle has become, post-release (and what punks really want to be). The country legend and card-carrying curmudgeon is now also an author, political activist and actor. So what he's saying here is that real badassery takes hard work, including all the soul-searching you have to do to elude—and live down—your past. Earle does it every single day, and on every single album, even this one, which he regards as a spiritual follow-up to his classic debut, Guitar Town (MCA, 1986). So if you wanna be a badass, take a knee tonight. (RH) The State Room, 638 S. State, 9 p.m., sold out (check uselyte.com for tickets), 21+, thestateroomslc.com

SUNDAY 8/6
Old 97's, Jeff Crosby and the Refugees, Slings and Arrows
A tough, reliable roots-rock outfit, Old 97's pack enough attitude and energy to top most competitors half their age. Over the course of 24 years and 11 albums—the latest being Graveyard Whistling (ATO, 2017)—the Dallas-based band has transformed from insurgents to icons, affirming their status as legitimate forerunners of the current Americana movement, along with such revered contemporaries as Uncle Tupelo, The Jayhawks, Wilco and Son Volt. They possess an ideal frontman in Rhett Miller, who, despite occasional solo forays, has enough creative juice to provide the band with a superb stock of songs (and his rock-star good looks). Still, it's the visceral impact of their live performances—combined with an uncanny ability to vary their musical palette, from raging anthems to south-of-the-border balladry to basic punk precepts—that paints Old 97's as true heartland heroes, revved up and rebellious, and clearly as inspired as ever. (Lee Zimmerman) Blues, Brews & BBQ at Snowbasin Resort, 3925 Snowbasin Road, Huntsville, noon, free, all ages, snowbasin.com

WEDNESDAY-SATURDAY 8/9-12
John Mayall
Nearly 84 years old, John Mayall is at an age where most people have long since retired, content to drape themselves in a shawl, sip hot tea and huddle near the hearth. Not so Mr. Mayall. Widely heralded as the father of British blues, the multi-instrumentalist and singer's impact on modern music can't be overstated. Indeed, his band the Bluesbreakers provided the training grounds for such icons as Eric Clapton, Mick Taylor, Peter Green, Mick Fleetwood, John McVie and Jack Bruce among very many. Yet rather than dwell on the past, Mayall stays very much in the present. His 50-year career has provided many twists and turns, but his bond to the blues remains unbroken. He still tours relentlessly with a new version of the Bluesbreakers, and probably will for some time to come. (LZ) The Egyptian Theatre, 328 Main, Park City, 8 p.m., $29-$60, all ages, egyptiantheatrecompany.org