FRIDAY 8/31
Benny the Butcher, Sean Strange, Cig Burna, Calhoon Popadoplis, DJ Juggy
Street-smart New York hip-hop is alive and well—even if Benny the Butcher and his hard-hitting crew hail from Buffalo, a cool seven hours northwest of the Five Boroughs. Classic acts like Mobb Deep and Raekwon once held a monopoly on Mafioso-influenced East Coast creativity, but Benny the Butcher goes straight to the contemporary source, mining references from The Sopranos, A Bronx Tale and Donnie Brasco on his latest album, A Friend of Ours. Released under Eminem's Shady Records umbrella, this is hardcore gangsta rap at its finest: "Mob Ties," "The Hunter 2" and "Jackpot" all sound like they were tracked live on the mean streets, while the samples on "India" and "'03 Draft" rattle and boom with gritty low-end energy. After dominating his 2017 self-titled debut, Benny the Butcher features far more guest MCs on A Friend of Ours, but he still outshines each of them with an elastic flow and electric delivery. It's hard to believe Benny didn't catch the world's attention until last year, when his sinister presence blew the doors open on Buffalo's burgeoning scene. Don't miss the chance to see him on his first U.S. tour with veteran Big Apple MC Sean Strange in tow—local firespitters Cig Burna and Calhoon Popadoplis, along with SLC's mixtape king DJ Juggy, get the party started. (Nick McGregor) The Urban Lounge, 241 S. 500 East, 8 p.m., $18 presale; $23 day of show, 21+, theurbanloungeslc.com

Gov't Mule, The Magpie Salute
Thanks to a loose jam-band aesthetic, ongoing associations with acts like The Allman Brothers Band and the Grateful Dead, and its members' ability to drift in and out with ease, Gov't Mule has maintained a 25-year-plus career. The Magpie Salute, on the other hand, has a more pervasive legacy to live up to. The Black Crowes' Rich and Chris Robinson now fly separate ways: Rich with The Magpie Salute and Chris with his Chris Robinson Brotherhood. Consequently, don't expect a reunion any time soon—both siblings deny the possibility—but for Rich at least, one might read something into the fact that a magpie is considered cousin to the crow. Indeed, given the vintage trappings of The Magpie Salute's recently released debut effort, High Water I, the band's fondness for rock's rootsier vibe firmly recalls the Crowes' more eclectic aspirations. While Rich has distanced himself from his former band ("The Crowes were pretty toxic and not that cool to be around sometimes," he recently remarked in an interview for Goldmine), former Crowes guitarist Marc Ford and bassist Sven Pipien play prime roles in the current ensemble. Consequently, consider this double bill an ideal expression of a journeyman aesthetic, both honed in the past but still venturing forward with different designs. (Lee Zimmerman) Snow Park Outdoor Amphitheater at Deer Valley, 2250 Deer Valley Drive South, Park City, 5:30 p.m., $38-$70, all ages, deervalley.com 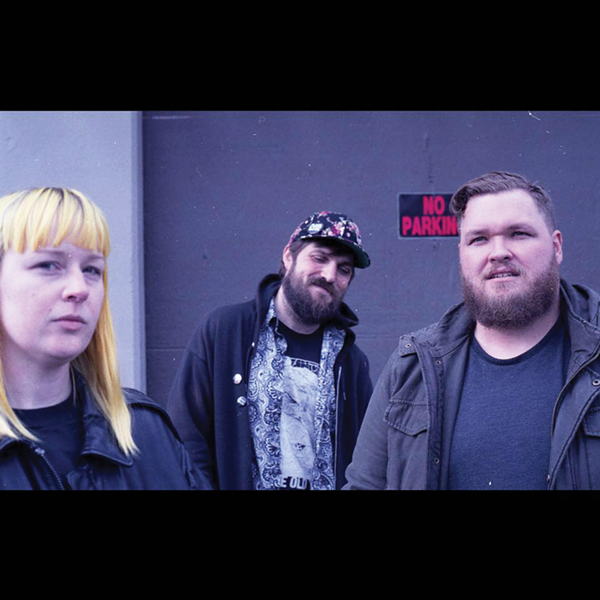 SATURDAY 9/1
Slow Code, Pick Pocket, Kapix, Sulane
Has punk rock deteriorated? Possibly. A younger me believed that a song could change the world (if people would just listen), or that the Weathermen could really stop the Vietnam War. Maybe a song still can pack that much power. Whatever the case, Seattle's Slow Code believes punk rock has failed. But not forever. "We definitely think of punk as a failed political project that has a lot of territory that needs to be reclaimed," Slow Code guitarist Charlie Wagner says. "The failure of subcultures to reflect any sort of material reality to their participants, or to imagine larger and better worlds free of so many burdens, is something that needs to be worked on." Slow Code's 2018 album, Wastelayer, acts as one such channel. On the one hand, the record represents a "grieving process" over the death of British writer and theorist Mark Fisher, who was critical of neoliberalism. On the other hand, Wastelayer encapsulates the frightening reality of modern technology gone rogue. "We're not necessarily anti-tech," Wagner explains. "But we talk internally a lot about the idea of complicity in collapse, and we see technology's obvious role in all of us feeling more separated from each other." Going to a punk rock show might be a last saving grace in this world of smartphones and selfies, and Slow Code turns their live show into a tension release from our pocket-sized black mirrors. So come out and fight modern industrialism and misogyny with a night of punk opened up by Salt Lake's own rockers Pick Pocket, Kapix and Sulane. (Rachelle Fernandez) Gold Blood Collective, 1526 S. State, 6:30 p.m., $8, all ages, goldbloodcollective.com

Parkway Drive, August Burns Red, The Devil Wears Prada, Polaris
Around the time that two-stepping and windmills first hit the underground metalcore scene in the early 2000s, that classic emo swoop-to-the-side haircut blew up all over MySpace. Although today's generation will never understand the struggle of taking a selfie with a digital camera, Aussie band Parkway Drive provides a link to that era. These metalcore titans are partially responsible for propelling the genre into the mainstream, alongside Atreyu and Asking Alexandria. However, Parkway Drive has remained most honest, their sound and musicianship progressing markedly from 2004 EP Don't Close Your Eyes right up to their most recent LP, 2018's Reverence. Don't get me wrong—I still cling to old-school metal's purism, and growing up I despised metalcore. Maybe it's because I was an "emotional teen," as my counselor put it, but Parkway Drive appealed to young me in a particular way, especially after hearing "Smoke 'Em If Ya Got 'Em." Winston McCall's deathly growls over the technical chops of guitarists Jeff Ling and Luke "Pig" Kilpatrick prove that Parkway Drive deserves the respect of the metal community. The band even piqued the interest of metalcore pioneers Killswitch Engage, whose lead guitarist Adam Dutkiewicz produced and mixed Parkway Drive's 2005 debut LP Killing With a Smile. Appearing with Parkway Drive on this tour are fellow metalcore veterans August Burns Red and The Devil Wears Prada, along with fast-rising Australian newcomers Polaris. (Rachelle Fernandez) The Complex, 536 W. 100 South, 7 p.m., $28.50, all ages, thecomplexslc.com

MONDAY 9/3
Rolling Blackouts Coastal Fever, Jo Passed
How do all these Aussies do it? One Down Under band after another storms America's shores with effortlessly irreverent indie rock. Courtney Barnett does it with gently sloughed-off social analyses. Alex Cameron does it with icy sensuality. King Gizzard & The Lizard Wizard does it with kaleidoscopic psychedelia. But something about Melbourne quintet Rolling Blackouts Coastal Fever feels urgently different. On their debut full-length, Hope Downs, the guitar lines and vocal melodies of Tom Russo, Fran Keaney and Joe White weave together into a cohesive tapestry of harmonics. Songs like "Mainland" and "An Air Conditioned Man" feel possessed, hurtling from low simmer to explosive boil—all with lyrics that alternate from snarky takedowns of hipster culture to simmering sociopolitical quandaries. Categorizing themselves as everything from guitar pop to punk to country, RBCF have perfected their own brand of propulsion, gaining acclaim for EPs Talk Tight and The French Press EP before releasing Hope Downs on legendary label Sub Pop earlier this summer. All of those records have been tracked outside of traditional studios, reflecting RBCF's love of the road—and the unpredictability that comes with it. Perhaps that's because all five band members work various day jobs back home: lawyer, barista, landscaper, researcher, marketing manager. But already on their second North American tour of 2018, things are looking up—and Rolling Blackouts Coastal Fever are rolling with it. "This is more of an opportunity to do some special things," Tom Russo told Uproxx in June. "Like, we otherwise would have never had the opportunity to drive around the U.S., coast to coast." Don't miss openers Jo Passed, RBCF's Sub Pop label mates and one of the few young bands that can match their frenetic energy. (NM) Kilby Court, 741 S. Kilby Court, 7 p.m., $12 presale; $14 day of show, all ages, kilbycourt.com

TUESDAY 9/4
Smashing Pumpkins, Metric
So is Smashing Pumpkins back for good? The answer might be yes. But given the Billy Corgan-led band's tumultuous history with break-ups and reunions, one can never know for sure. Still, the fact that these alt-rock heroes have dubbed this current go-round the "Shiny and Oh So Bright Tour" suggests that they're putting on a brave face and offering the impression that things are completely reconnected. Well, almost. Guitarist James Iha might have instigated the idea when he showed up onstage unannounced at a March 2016 gig featuring Corgan, the band's mercurial mastermind, and drummer Jimmy Chamberlin. Iha then performed with Corgan two more times shortly thereafter. Despite his proficient solo career, Corgan soon began hinting that he aimed to reconvene the original outfit—and make some new music, as well. Then, earlier this year, when the band announced its 30th anniversary tour, controversy ensued when bassist D'arcy Wretzky said she had been invited to return before Corgan rescinded the invitation. Corgan fired back, insisting the offer was made but that Wretzky had declined, opening the door for former touring bassist Jack Bates to take her place. Nevertheless, considering Smashing Pumpkins' freewheeling finesse, any reunion of the band's prime players is an event in itself that honors its legacy and those distinctive Pumpkins precepts. (LZ) Vivint Smart Home Arena, 301 W. South Temple, 7 p.m., $26-$122, vivintarena.com