THURSDAY 8/31
The Roots, Charles Bradley, Joshy Soul
The last show of Salt Lake City's Twilight Concert Series is always a bittersweet occasion, and not just any band can wrap up one of downtown's most celebrated live performance series. Enter The Roots, a hip-hop ensemble that has the uncanny ability to unite music fans from all across the sonic spectrum. Their near-universal appeal has led to them becoming the house band on The Tonight Show Starring Jimmy Fallon and Questlove co-producing the original cast recording of the Broadway blockbuster Hamilton. Legendary R&B vocalist Charles Bradley and local, Motown-inspired artist Joshy Soul help to send Twilight 2017 off with a bang. Hip-hop, R&B and soul is precisely the right mixture to bring the summer concert series to a close, and keep us warm throughout the colder months ahead. (Alex Springer) Pioneer Park, 350 S. 300 West, 5 p.m., $7.50 advance/$10 day of show, all ages, twilightconcerts.com 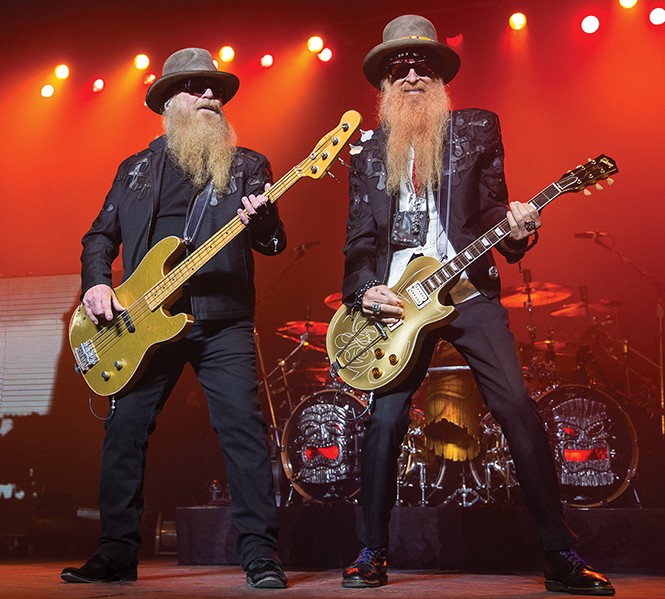 ZZ Top, Jordan Matthew Young
Sometimes it seems like Texas boogie-blues icons ZZ Top are victims of their own image. Three guys, two with beards, one sans beard but named Beard—that's where the trouble starts. Then you've got the flashy, sometimes furry, guitars. A wardrobe that crosses Bishop Don Magic Juan with Boss Hog. Choreography. But that image prevails only because of their '80s heyday, when "Legs" and "Sharp Dressed Man" were MTV staples (during the network's own peak). Before and beyond those days are hours of wryly humorous, stealthily intelligent blues rock tunes that ooze pure cool. For every lecherous lyric, there's a sly, smart joke that you might not get until you've heard the song a few times. Musically, the songs are a roadmap through the history of the blues (albeit with a focus on the Lone Star State strain). But image is just as important to the enjoyment of ZZ Top. The whiskers, the duds, the moves and the tunes amount to a Texas tornado of fun. (Randy Harward) Red Butte Garden, 300 Wakara Way, 7:30 p.m., sold out, all ages, redbuttegarden.org

FRIDAY 9/1
El Tri
¡A su pinche madre! I learned about El Tri—Mexico's equivalent to the Rolling Stones—from local rock en Español band Leyenda Oculta. (And their bass player, Antonio García, is who taught me the Spanish analog for, "Holy fucking shit!" Thanks, 'Tonio!). They had told me, with serious reverence, about opening for the band several years ago here in Salt Lake City. They also said it was unlikely the band would return; they feared that singer-guitarist Alex Lora, who turns 75 this year, was gonna retire. But never say never—nunca digas nunca—they're back, and we're lucky. El Tri embodies the spirit of rock 'n' roll, and they play it in many forms: psych-rock, blues-rock, hard rock, punk and even straight-up blues (the original roots rock). And they do it with the same epic presence as legendary acts like the Stones, the Beatles, Springsteen and the Ramones. Lora bleeds this music. He's a real rock star, but better: He engages with his fans to the point of taking their suggestions for song topics. So you don't need to speak a word of Spanish to understand El Tri. Because we already speak the same language. ¡A su pinche madre—que suerte! As a bonus, the bill also includes Mario Ian, the former singer for noteworthy Mexican power/thrash-metal quintet Rata Blanca, long running rap-rock outfit Kinto Sol, alt-rockers El Sur and cumbia band Los del Kañia. (RH) 801 Convention & Event Center, 1055 W. North Temple, 8 p.m., $45.25, all ages, ticketon.com

SATURDAY 9/2
Lil Yachty, Reo Cragun
The duh-topia described in Mike Judge's film Idiocracy is here, people. We handed control of the country to a corrupt, potentially mentally ill "man." Lil Wayne can't play guitar, but when he clumsily gropes the instrument like a pubescent learning how to "solo," Americans cheer like he's Jimi Hendrix. Everybody's fakin' it till they make it, including the inexplicably popular Lil Yachty, who can't rap, sing or write—and just barely learned a cello isn't a wind instrument. That's right; when writing "Peek A Boo" from his latest album Teenage Emotions (Quality Control/Capitol/Motown), Yachty saw Squidward from Spongebob Squarepants playing the clarinet and his brain, like a primitive slot machine, went—ding-ding-ding!—cello. (To paraphrase the Neil deGrasse Tyson meme: People don't think the cello be like it is ... but it toot.) Anyway, even if you forget all that, Yachty's out touting, in his odiously vacant Auto-Tune drone, how he's abstained from alcohol and drugs while also bragging about having sex with "six different whores at the same time on they grandmother's back porch." This, while he (read: his reps) portrays himself as the innovator of a whole new genre, saying he doesn't consider himself a rapper. That's some Trump team rationalization, right there. The worst part is that Yachty's debut mixtape, Lil Boat (2016) is kinda fun if you focus on the beats. Oh, great—idiocy has gone airborne. (RH) The Complex, 536 W. 100 South, 8 p.m., $27.50 presale, $30 day of show, 21+, thecomplexslc.com

THURSDAY-SUNDAY 8/31-9/3
Crucialfest
Who would have the nerve, balls, huevos or stones to start a homegrown music festival from scratch and call it "Crucial" from the get-go? Salt Laker Jarom Bischoff, that's who. Along with his wife, Tiffany, he's made Crucialfest happen since 2011, and while it's had ups and downs, the event has lived up to its billing as a must-see for local music fans thrilled at seeing their fave area acts alongside select national bands. This year's lineup is the most impressive. Crucialfest began as a metal-heavy event, but it's evolved into a festival inclusive of all genres and all types of music. Notable national bands The Growlers, Pinback, King Dude, Deap Vally, Strfkr, Baroness, Built to Spill, Red Fang, Minus the Bear and others perform on a bill comprised of close to 50 percent local bands, including such exceptional acts as The Ditch and the Delta, Mojave Nomads, The Nods, Conquer Monster, Super 78, Visigoth and more. This year, the Bischoffs are abetted by Lance Saunders and Will Sartain of vaunted local concert-promotion company S&S Presents, and Crucialfest expands into The Gateway for all-ages daytime shows on Saturday and Sunday . Crucialfest After Dark mounts 21-and-over events from Thursday to Sunday at Metro Music Hall and Urban Lounge, with highlights including a DJ set by Built to Spill main man Doug Martsch, a special appearance by goth-folk outfit Wovenhand, stoner rockers Weedeater and performances by locals SubRosa and Quiet Oaks. This is a truly unique festival experience. (Brian Staker) Various venues (see site for full schedule), $45-$165, discount promo code SUPERCHILL, crucialfest.com 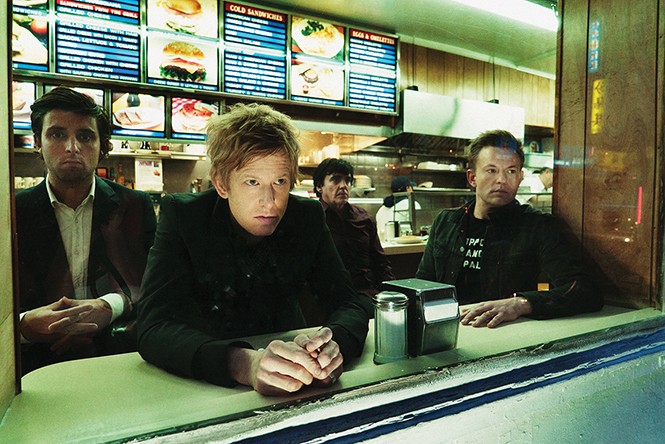 WEDNESDAY 9/6
Spoon, White Reaper
Britt Daniel and company, just another band out of Austin (to parody/paraphrase Boston's Tom Scholz), has always seemed like the least Texan of Texas bands. The boyish, soft-spoken Daniel, with a minimal pop framework that recalls a less bristly Wire or a less British XTC, has created a discography full of clever songs imbued with dry humor and propelled by sparse yet sensual rhythms. Then they named the band after a song by the German krautrock band Can—with whom Spoon has little, if any, common sonic ground. The band comes full-circle with their ninth album, Hot Thoughts (2017), which marks their return to Matador Records, the label that released Spoon's debut Telephono way back in 1996. Thoughts expands the band's palette of smart, edgy pop and, as usual, will have you musing over his lyrics as well as moseying onto the dance floor. (Brian Staker) The Depot, 400 W. South Temple, 8 p.m., $29.50 presale, $35 day of show, all ages, depotslc.com