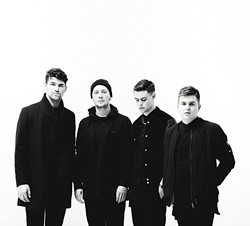 THURSDAY 12.10
Beat Connection
It may be no accident that Seattle combo Beat Connection share their moniker with a song by LCD Soundsystem, since there's a sonic similarity. Actually, the mix of synthetic and natural drumming is the most interesting—as well as quizzical—thing about this band. The beats are more captivating than Tom Eddy's overwrought yet smooth vocals. The percussion mix is pleasingly eclectic, and at times a subtle sense of melancholy escapes the confines of stylish production values. The title of BC's latest, Product 3 (Anti/Epitaph), might be interpreted as a slyly cynical truth-in-advertising comment on their highly marketable product, but it represents the highest refinement of their aesthetic to date. Nashville indie band The Phantoms opens, and local dance-pop phenoms RKDN warm up the stage. Kilby Court, 741 S. 330 West, 7 p.m., $10, KilbyCourt.com

FRIDAY 12.11
Jared & the Mill
Time whizzes by when you are having fun, and it's been four years since Jared Kolesar and a bunch of friends in his hometown of Phoenix, Ariz., started getting together to play music for no loftier purpose than just to have a good time. The results are foot-stomping folk-rock that often tends more toward a Mumford & Sons sensibility. The newest release, the EP Life We Chose (self-released) has a definite Western flavor, though they add a little more nuance and subtlety than many in the genre. Without benefit of a label, they've played SXSW, and opened for the likes of Barry Gibb (of the Bee Gees). They add their own inimitable Southwest style to a musical tradition often oversaturated with the ersatz, and that makes them a band to watch. Vegas indie band Brumby opens. The State Room, 638 S. State, 9 p.m., $13, TheStateRoomSLC.com 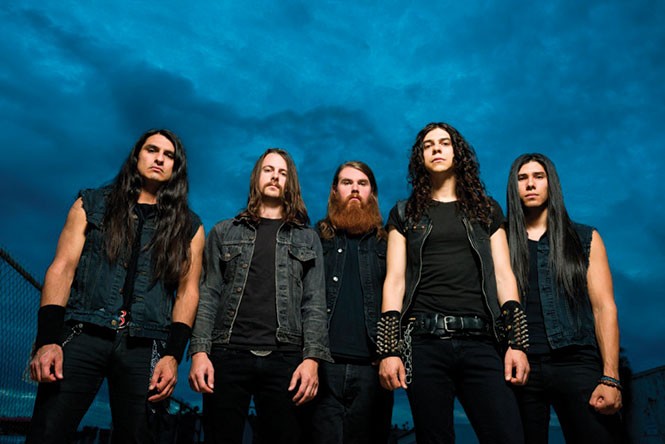 SATURDAY 12.12
Holy Grail, Night Demon
Have you been searching for the Holy Grail of heavy metal? Pasadena, Calif., is an unlikely spot for the genesis of such an unholy beast, but you could do much worse than the band with the same name as your quest. (P.S. No Monty Python jokes, please.) They've got the aesthetic down: the cascading tresses, tough countenances, suitably Gothic (in the medieval sense) album art. They combine elements of death metal, classic heavy metal, power metal and thrash in a mélange that's diverse enough to keep the most fractured adherents of sonic sectarian subgenres in accord. They are still riding Ride the Void (Nuclear Blast/Prosthetic), their 2013 release, into the nascence of next fall's epically titled upcoming set, Times of Pride and Peril. Ventura, Calif., trio Night Demon takes up the flag of old-school Brit metal bands like Demon and, at times, a touch of early Judas Priest. Local dungeon metal band Visigoth opens, who recently signed to Metal Blade Records, and their debut full-length for the label, The Revenant King, was produced by local legend Andy Patterson. Metro Bar, 615 W. 100 South, 8:30 p.m., $10, HolyGrailOfficial.com 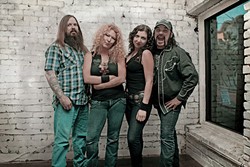 You'll never forget the first time you see Nashville Pussy. If you're lucky, you've already seen them. If you're really lucky, it was when they were touring behind their debut, Let Them Eat Pussy (Mercury/Enclave, 1998) and Amazonian hottie Corey Parks was on bass and fire-breathing duty. Parks hasn't been in the band for many years now, but "The Pussy" has gone through four other sexy four-stringers. The group just released Ten Years of Pussy (SPV), which anthologizes everything from Get Some through From Hell to Texas and Up the Dosage—albums that are as good or better than Eat. Speaking of which, you can still get lucky with the Pussy. Current bassist Bonnie Buitrago is no slouch and the core of the band, singer-guitarist Blaine Cartwright, lead guitarist (and Cartwright's missus) Ruyter Suys and drummer Jeremy Thompson still put on a memorable show. Thunderfist opens. (Randy Harward) Club X, 445 S. 400 West, 7 p.m., $13 in advance, $15 day of show, ClubXSLC.com

TUESDAY 12.15
David Wax Museum
David Wax, appending the word "museum" after his surname in what must have been a fit of spontaneous wordplay, created the wonderfully random-sounding band name David Wax Museum. And their sound is as unique a collision as the name; they blend Mexican Son music, itself a hybrid of regional genres, with Americana, and call the result "Mexo-Americana." Moving beyond their early minimalism, DWM's latest offering, Guesthouse (Thirty Tigers) adds synths, and the production adds depth to their sound to create a fuller expression of their fascinating musical niche. The band is a family affair, with David's wife Suz Slezak and cousin Jordan Wax on board for the ride. If I were asked to provide a pick of the week, this would be it, for sheer eclecticism. Where else can you hear quijadas—the jawbone of a donkey—used percussively? Sonoma Valley singer/multi-instrumentalist Marty O'Reilly opens. The State Room, 638 S. State, 8 p.m., $15, TheStateRoomSLC.com

!!!
First off, it's pronounced "Chk Chk Chk." With that out of the way, the band name suggests that they are the very personification of excitement, the exuberance they exude so all-consuming that it transcends language. The thing about dance punk—as their music has commonly been described—is that with them, as with a number of other bands whose genre-straddling fits the description, they have evolved into a more purely dance-oriented outfit. As a '70s-era T-shirt used to exclaim, "Fuck art, let's dance." Their sixth studio release, As If (Warp), continues that trend, comprised mostly of dance jams that don't offer much variation, but at least you can move to them. The song "Freedom! '15" might lead you to believe there's some kind of ideological polemic embedded in their work, but there's not much lyrically going on that's as interesting as the throbbing bass line. "Free your ass, and your mind will follow" is another thing "they" (Funkadelic, et al) used to say in the early disco days, so maybe don't worry that there's not much to offer the mind beyond the boogie. The band's side project, Stereolad—a Stereolab tribute band, if you didn't already figure that out—opens. The Urban Lounge, 241 S. 500 East, 9 p.m., $15, TheUrbanLoungeSLC.com 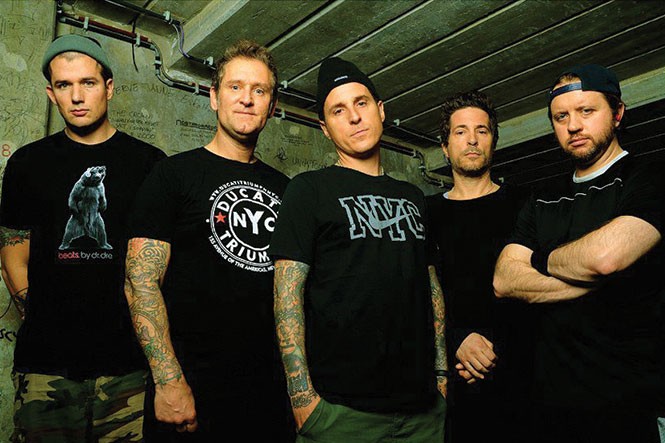 "What happened to the passion? What happened to the reason for screaming? What happened to the music and the message that I love?" Those are lyrics from melodic hardcore band H2O's "What Happened." The song rails against the image-conscious Hot Topic poseur-punk that has supplanted real socially conscious, blue collar punk—the kind that H2O plays. "It makes me mad that I should have to ask" is another line from the song, and it's a valid complaint. Use Your Voice (Bridge 9) is the band's first new album in nine years and Utah's own Branden Steineckert (you know, from The Used and Rancid) has been filling in on drums on this tour. (Randy Harward) The Complex, 536 W. 100 South, 7 p.m., $17 in advance, $19 day of show, TheComplexSLC.com