THURSDAY 12/13
Thom Yorke, Oliver Coates
As the frontman of Radiohead and a solo artist, Thom Yorke is a master of the sleeper song. Almost all of his music is at first opaque and inaccessible, but gradually draws you in with its depth of emotional and instrumental complexity. At this point, he's almost universally hailed as a generational songwriting talent with an astonishingly fine ear for melodies and a singing voice that fluidly slips from a lilting, delicate falsetto to a hair-raisingly powerful human instrument. All of that said, Yorke can be a terrible pain in the ass. He's a contrarian who refuses to let music move in obvious directions—or let chord progressions resolve in the expected-but-satisfying manner of pop music. In concert, he typically withholds Radiohead's biggest hit, "Creep," just because, and in interviews he's expressed boredom with the very concept of melody. Sigh. Thankfully, he gets his experimental fill by working on such projects as Suspiria, the soundtrack to Luca Guadagnino's 2018 remake of Dario Argento's 1977 horror classic. Yorke reportedly composed the soundtrack at least partly due to jealousy of Radiohead bandmate Jonny Greenwood, who has established himself as a prodigious film-scoring talent in his own right (see There Will Be Blood). Petty motivations aside, the album includes piano ballads "Unmade" and "Suspirium," both of which would work as Radiohead songs, as well as more abstract electronic compositions and straight walls of static. As usual, Yorke's latest work is dense and brainy—but it will probably grow on us. (Howard Hardee) The Union Event Center, 235 N. 500 West, 7:30 p.m., $55, all ages, theunioneventcenter.com

The Devon Allman Project with Duane Betts
Bound by a common heritage as offshoots of the Allman Brothers autocracy, Devon Allman and Duane Betts could be considered cousins. Allman is the son of the late, great Gregg Allman, and like his dad, he melds Southern blues tradition with a unique personal perspective. With a career that spans two decades as part of ensembles—Honeytribe, the Royal Southern Brotherhood and this conglomeration, otherwise known as the Allman Betts Band—he's achieved prominence by working with Jack Bruce, Reese Wynans, Luther Dickinson and Samantha Fish. Betts, son of Allman Brothers guitarist Dickey Betts, also carries the name of Devon's uncle, legendary guitarist Duane Allman, who died far too young in 1971. Naturally, that legacy weighs heavily on both men's efforts, but the fact that they've joined forces on the cusp of the Allman Brothers' 50th anniversary suggests they're eager to embrace it regardless. That's a fairly high bar, but if anyone's qualified to tackle it, who better than the collective kin? On the other hand, it's never easy trying to follow in a father's footsteps—just ask Julian Lennon, A.J. Croce, Teddy Thompson or any of the Wainwright brood. Don't tie these two to the whipping post just yet, though—they're putting in a damn fine effort trying. (Lee Zimmerman) The State Room, 638 S. State, 8 p.m., $30, 21+, thestateroom.com 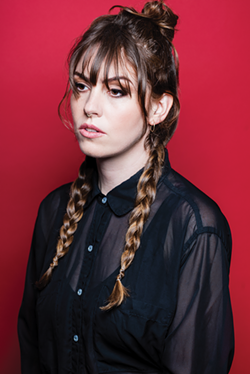 SATURDAY 12/15
Emma Ruth Rundle, Jaye Jayle
Emma Ruth Rundle's newest solo album, On Dark Horses, feels like the culmination of her varied career. Where her first two solo releases (Electric Guitar One, Some Heavy Ocean) were instrumentally sparse and ephemeral, On Dark Horses sees Rundle leaning into the full-band instrumentation sparingly introduced on 2016's Marked for Death. It feels like the post-rock heft and rich guitar tones honed during her time with Red Sparowes and Marriages have now fully fused with the folksy singer-songwriter inclinations of her early solo work. The result is a lush, engrossing instrumental landscape packed with dense, textured guitar perfectly suited to frame the singer's emotive, powerful voice. In an interview with Invisible Oranges, Rundle described the experience of working with other musicians: "I feel like having another guitarist and having a full band and getting to practice all together before we went into the studio really made a difference." Although the album is performed with a full band, Rundle retreated to the desert to write, resulting in songs that mine the artist's personal struggles with love and loss. In "Darkhorse," two weary travelers ride through the desert night. But while Rundle explores ideas of helplessness and defeat, her vocals build until she becomes a towering presence, releasing the artist—and audience—from the clutches of despair. "In the wake of strange beginnings, we can still stand high," she proclaims. Rundle released a split EP in 2017 with Jaye Jayle, an experimental, dark Americana project fronted by Rundle's husband, Evan Patterson; the band joins Rundle on tour, with some members performing double duty as her backing band. (Naomi Clegg) Kilby Court, 748 W. Kilby Court, 8 p.m., $13, all ages, kilbycourt.com SUNDAY 12/16
Generation Axe
Hail the conquering gods. Axe enthusiasts, get ready to be wowed. Air guitarists, prepare to pose. Everyone else, put in your earplugs and witness what might be the most awesome gathering of strum lords ever assembled. Five extraordinary masters put egos in check, share the same stage and let loose with combined sonic fury. The roll call reads as follows: Steve Vai, Grammy-winning shredder and collaborator of Frank Zappa, Whitesnake, David Lee Roth and Alcatrazz; Zakk Wylde, Ozzy Osbourne's frenetic foil, chairman of the Black Label Society and a metal madman in the most celebratory sense; Yngwie Malmsteen, an '80s icon still widely respected for his neo-classical blend of sonics and symphony; Nuno Bettencourt, axeman for Extreme, who topped the charts in the '80s with a blend of bluster and balladry; and Tosin Abasi, a Nigerian-American virtuoso whose band Animals as Leaders is considered a potent up-and-coming ensemble. It should be interesting to see who steals the spotlight and upstages the others, but we assume these guitar gods will play nice and cede their solos accordingly. Likewise, barring a Yardbirds reunion featuring Clapton, Beck and Page, a guitar summit of this sort might never happen again. Consider Generation Axe the go-to group when relentless riffing is called for. (LZ) The Complex, 536 W. 100 South, 7 p.m., $34.50, all ages, thecomplexslc.com 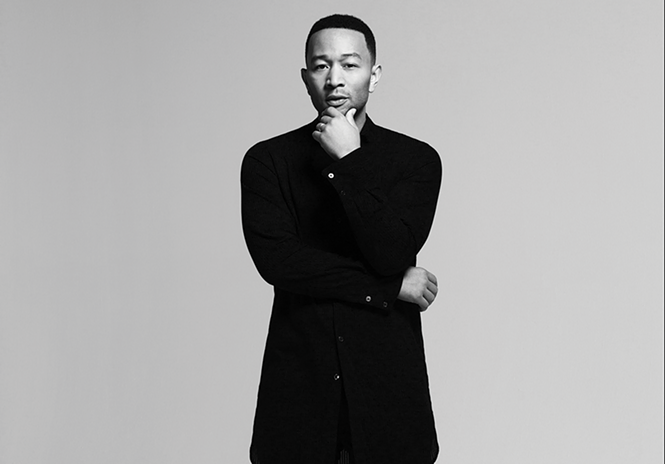 John Legend
John Legend's life appears as charmed as his name. He's the first African-American man to ever win an Emmy, a Grammy, an Oscar and a Tony. He's released chart-topping, soul-shaking work as a solo artist while keeping up his string of in-demand collaborations. He's made countless film, television, stage and commercial appearances. He's agitated for AIDS research, sustainable development, education reform, women's justice and civil rights. Essentially, Legend has transformed himself from a little-known balladeer into one of America's true Renaissance men—a soulful, streetwise Most Interesting Man in the World to whose success men can aspire and for whose charms ladies can swoon. To top it all off, in 2013, Legend married supermodel Chrissy Teigen in a tabloid-ready ceremony in Italy's star-studded Lake District (the couple now has two children together, furthering their brilliant and beautiful lineage). John Legend is so popular, in fact, that he's translated his overwhelming success into that most epic of mainstream events: a Christmas tour. His A Legendary Christmas show comes on the heels of a Christmas album and appearances at the Macy's Thanksgiving Day Parade and Rockefeller Center tree lighting—heck, he and Teigen even hosted their own Christmas-themed TV special, complete with star-studded cameos and a good old-fashioned food fight. At the Madison Square Garden stop of his Christmas tour last week, Legend made it clear the power he holds over his fans: "If you're here with someone you love, I want you to tell them you love them," he said. "And if you're not here with someone you love, look around and see who else is single—my music has been known to be an aphrodisiac." (Nick McGregor) Abravanel Hall, 123 W. South Temple, 8 p.m., $74-$499, all ages, artsaltlake.org 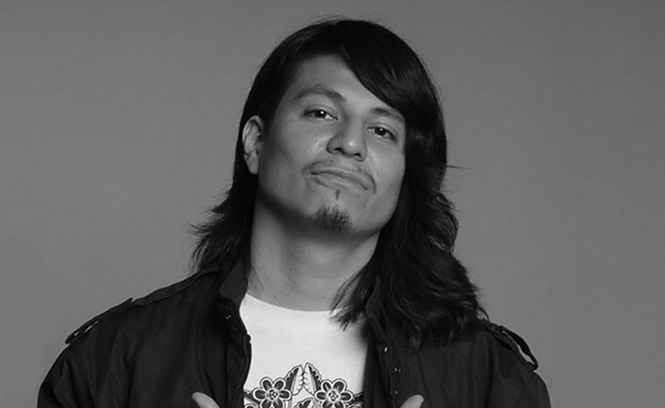 WEDNESDAY 12/19
Fiesta De Cumbia Te Trae feat. Dave Nada, Tittsworth, DJ Drew, Fuego Skilz, J Style, Jesus de la Calle, Leemont
Raised in Maryland between Washington, D.C., and Baltimore, Dave Nada (pictured) grew up just like many Americans. He lived with parents who moved from Ecuador to the U.S. to make a home. He had hobbies. He grew up and went to college. From there, things seemed to veer from what you might call normal. As a teenager at the University of Maryland, he fell into the hardcore punk scene and joined a few bands. Eventually, he got into college radio, where he partnered with another big name in the music industry: Peter Rosenberg, DJ, pro wrestler and TV show host. Between attending classes, playing in a band and spinning records, Dave found time to experiment with music, which eventually led him to spawn his own genre, moombahton. "The simplest way to describe it is reggaeton's weird little cousin," Nada says. "I never expected that it would blow up the way it did. Just seeing how it has changed and permeated into other scenes and sounds—you can hear it in mainstream music, commercial pop music, techno music and in the underground—I've always appreciated the love people have for this music." If you're new to moombahton, like most people, you're in luck: the Fiesta De Cumbia Te Trae brings together national names Nada and Tittsworth, with support from Utah stalwarts Jesus de la Calle, Fuego Skilz, J Style and Leemont. Bring an open mind and your dancing shoes! (Keith L. McDonald) The Urban Lounge, 241 S. 500 East, 8 p.m., $10 presale; $15 day of show, 21+, theurbanloungeslc.com