Numerous talented musicians have made their mark on the local scene with their respective bands and styles, but tonight's Bandemonium! show is a chance to see those artists shake up their routines. Earlier in the month, Diabolical Records created 19 new "bands" by drawing names of local musicians out of a hat and grouping them together. Since then, the bands have had two weeks to practice and come up with new material (be it music, improv or whatever other creative something they invented), and tonight, they'll each debut their work and band name in 10- to 15-minute performances. Bandemonium is an experiment designed to bring together musicians who might not normally work together, as well as facilitate collaboration and creativity. The event should be full of surprises. (Kolbie Stonehocker) Diabolical Records, 238 S. Edison St., 8 p.m., free, Facebook.com/DiabolicalRecords 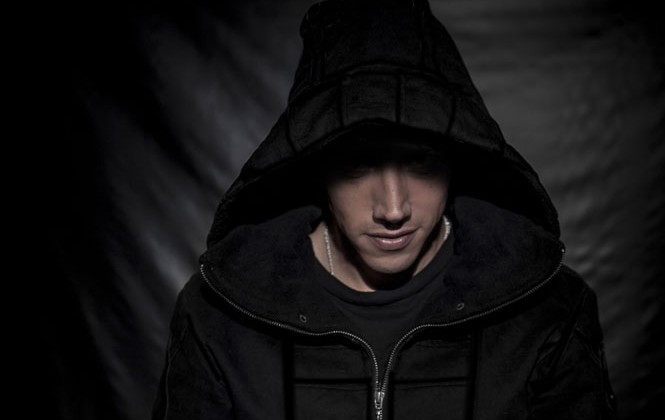 
Swedish-born electronic artist Martin Stääf, known by his stage name Liquid Stranger, has made a name for himself in a competitive musical environment with his overt use of ambient themes and extremely heavy bass. Throughout his career, Liquid Stranger's creations have been strongly influenced by video-game and movie soundtracks. This influence is noticeable on his latest project, The Renegade Crusade EP—released in April—which easily could have been the background music on a space-based science-fiction video game like Mass Effect. Fellow electronic artists Life+ and Deejay Julliette are also on the bill. (Nathan Turner) Area 51, 451 S. 400 West, 9 p.m., $13, Area51SLC.com


Being so close to empty, wild landscapes sure provides Utah musicians with some interesting locales for music videos. In the case of Park City pop singer-songwriter Robyn Cage, she took to the West Desert to shoot a dramatic video for her song "Burning Now," drawing upon the apocalyptic look of sand dunes, a graffiti-covered wheel-less bus, somber skies and even a fire-engulfed antique piano to convey the sharp emotions that accompany the end of a relationship. The song can be found on her Tales of a Thief EP—released in September as the first half of her upcoming debut full-length album—a collection of six tracks that range from lovelorn to joyful and showcase Cage's velvety voice, energetic piano-playing and poignant songwriting. (Kolbie Stonehocker) Riverhorse on Main, 540 Main, Park City, 7 p.m., free, RiverhorseParkCity.com

Dark Seas, The Season of the Witch, Breakers, Red Telephone


Psych Lake City has been putting on some killer local psychedelia showcases lately, and here's yet another one to cleanse your brain of all that cheesy holiday music you've been hearing in every store since November, featuring Dark Seas, The Season of the Witch, Breakers and Red Telephone. Dark Seas' stoned-out surf rock—heard most recently on their Toner EP, released in 2013—is easy to dance to but just as easy to lose your head to, as evidenced by a particularly memorable Dark Seas show at The Garage during the summer where the crowd went completely nuts. The Season of the Witch hasn't come out with an album yet, but a trio of singles released in June gave listeners a taste of the band's bluesy, pagan-influenced psych-rock sound. Also on the bill are surf-punk/rock band Breakers and Red Telephone. (Kolbie Stonehocker) The Urban Lounge, 241 S. 500 East, 9 p.m., free, TheUrbanLoungeSLC.com


Elephant Revival's two-night stint at The State Room last New Year's Eve was such a success that the Colorado folk band is back again this year for another two evenings of music. Elephant Revival is still touring in support of its 2013 album, These Changing Skies—an ethereal but toe-tapping mix of traditional Americana acoustic goodness and ear-catching experimentation—but the band's five members are in the process of writing new songs and will be playing some of them tonight. Also on the bill is Colorado acoustic band Taarka, who play an eclectic, fiddle-driven blend of Celtic folk, bluegrass and gypsy jazz, as heard on their latest album, 2013's Adventures in Vagabondia. (Kolbie Stonehocker) The State Room, 638 S. State, Dec. 30, 8 p.m., $30; also Dec. 31, 9 p.m., $50, VIP packages available, TheStateRoom.com; limited no-fee tickets available at CityWeeklyStore.com


There's still plenty of classical and traditional music happening at Temple Square at 2014's EVE Winter Fest, but compared to years past, this year's downtown multi-venue party features more local artists to check out as well. Most of the performances will happen at EVE's "headquarters" at The Salt Palace, notably indoors, so you can dance and watch comfortably, minus the chattering teeth and bulky layers. Local DJs will be spinning tunes the first two days of the festival, but the music will ramp up leading to the big moment on New Year's Eve. J Godina will perform at 6 p.m., DJ Matty Mo will do a set at 6:15 p.m., City Weekly's 2014 Band of the Year Westward the Tide will bring their dynamic folk rock to the stage at 9 p.m., DJ Jarvicious will take to the decks at 9:30 p.m., and Provo alt-rock/pop band Fictionist will perform at 10:30 p.m. View the complete music schedule at EVESLC.com. (Kolbie Stonehocker) The Salt Palace, 100 S. West Temple, times vary, $5-$20; limited no-fee tickets available at CityWeeklyStore.com


If you feel up to braving the drive, The Great Saltair is ringing in the new year with a massive dance party. At this year's annual Legends party, a variety of national and international electro, dubstep and house artists will bring their brain-melting bass to the stage and get hundreds of partiers moving. The lineup includes British producers/DJs Feed Me and Overwerk, Los Angeles-based electronic duo The Crystal Method, Los Angeles bass/trap/house producer Jackal, Salt Lake City electro duo Rokcity and the Midwest's DJ Motto. (Kolbie Stonehocker) The Great Saltair, 12408 W. Saltair Drive, Magna, 8 p.m., general admission $25, VIP $60, TheSaltair.com