Provo-based rock foursome Desert Noises have been on tour for so long (virtually nonstop for the past few years) that their latest album, 27 Ways, released in March, was heavily inspired by the adventure and transience of life on the road. But despite staying busy crisscrossing the country, Desert Noises return to Utah from time to time, and for this particular stop, they're going big. Not only are they playing two back-to-back concerts at Velour, but both shows will be recorded for a live album. Fans, the band needs your help making an album that encapsulates the rowdy spirit of a home Desert Noises performance, so come out and contribute your voice and energy. Friday's show will feature an opening set by local singer-songwriter Timmy the Teeth—who will soon be coming out with a new album—and Provo surf/rock/psych band Lemon & Le Mule will open on Saturday. (Kolbie Stonehocker) Velour, 135 N. University Ave., Provo, $10, also Dec. 6, VelourLive.com


Formed in Riverside, Calif., in 1988, Voodoo Glow Skulls are one of those bands that make you ask "Are they still around?" Well, they are, and they're really that old. But they are still bringing their "voodoo we do," combining punk, ska and Mexican musical elements into a noisy, entertaining bilingual mix they term "California street music," heard most recently on their 2012 album, Break the Spell, which is their first since splitting with Victory Records a few years back. Break the Spell ranges in approach from tongue-in-check ("Bro Truck") to straight-faced political ("Dead Soldiers"), but all the tracks are full of that old-school Voodoo Glow Skulls style, defined by shout-singing, maniacal horns and gut-punching guitar. (Kolbie Stonehocker) In the Venue, 219 W. 600 West, 8:30 p.m., $10 in advance, $12 day of show, InTheVenueSLC.com 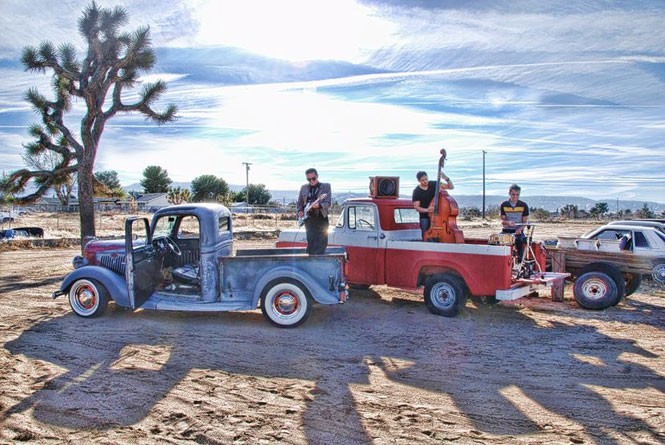 
Waking up on Christmas morning to find a brightly wrapped toy under the tree is a magical moment that every kid deserves to experience, and at the fourth-annual Rockin' Christmas event presented by local pinup photography studio Pin Me Up by Ashley Marie, you can help that happen. The night's entertainment will be provided by headlining Los Angeles rockabilly/traditional country outfit the Phil Friendly Trio, Salt Lake City rockabilly band The Rhythm Combo and Springville "trucker punk" hellraisers the Utah County Swillers. There will be raffles and auctions for a variety of retro-inspired clothing and other products from local vendors, and all proceeds from ticket sales, raffles and auctions will go straight to Toys for Tots, helping bring Christmas to needy children. (Kolbie Stonehocker) Bar Deluxe, 666 S. State, 9 p.m., $10, BarDeluxeSLC.com 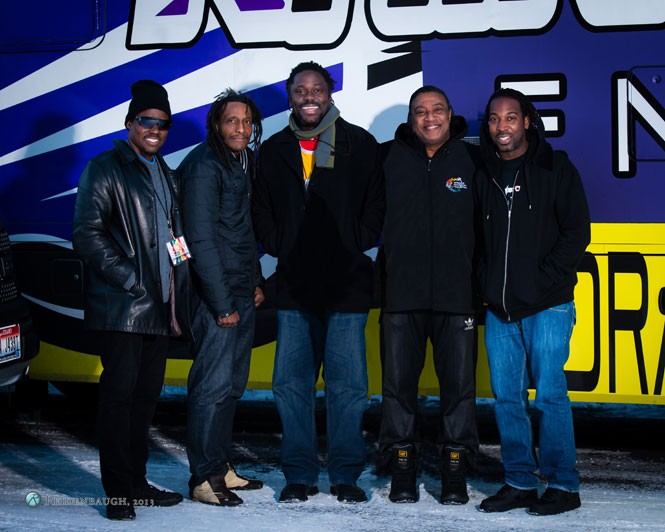 
Led by guitarist Al Anderson, a member of the second lineup of Bob Marley & the Wailers, The Original Wailers' sound is reminiscent of Marley's early days but with a modern twist. Their debut EP, 2012's Miracle, incorporates strong reggae percussion paired with political and socially conscious lyrics, as heard on their song "Justice." While Anderson is the only member of the band who played alongside Marley, the influence is obvious, as The Original Wailers cover many of Marley's songs, like "Three Little Birds" and "No Woman, No Cry," the latter of which Anderson originally played the guitar part for. Even without reggae legends Marley, Peter Tosh and Bunny Wailer, Anderson's band still continue the Wailers' legendary legacy. (Nathan Turner) Saturday,Dec. 6@ Park City Live, 427 Main, Park City, 9 p.m., $20, ParkCityLive.com

Battle of the Bands


Velour's Battle of the Bands is a great way to get acquainted with the up-and-coming bands in the Provo music scene. The five eclectic showcases will take place Monday through Friday, and on Saturday, the winners from each showcase will go head to head for the big prize. Monday will feature Spirit City, Ghost of Monroe, Steel Born Buffalo and Northborn. Tuesday's lineup will include Okkah, Ice Hotel, Barsie and Dreamcatcher. Wednesday will feature performances from Grey Glass, Porch Lights, The Howl and Quiet House. Thursday's bill will include Kindred Dead, Luna Lune, O/CO and Synergy Cello Band. Friday's showcase will feature Henry Wade, Mr. India, Go Suburban and Alarm Call. (Kolbie Stonehocker) Velour, 135 N. University Ave., Provo, 8 p.m., through Dec. 13, $7, VelourLive.com


It's been a long four-year wait between albums for Spoon fans, so when the Austin, Texas-based band released its latest album, They Want My Soul, it felt like something of a reintroduction. Previous die-hard fans will appreciate the new vibe that Spoon's indie-rock tunes have evolved into, and new fans (maybe newcomers who heard the band's relaxed 2010 album, Transference) can easily jump right in and groove to the eclectic guitar riffs and melodies not previously heard in their catalog. The single "Do You" is a perfect example of the band mixing old styles with new flavor, keeping simple guitar and drumbeats while blending in subtle piano and echoing vocals. A Giant Dog is also on the bill. (Rebecca Frost) The Depot, 400 W. South Temple, 9 p.m., $25 in advance, $30 day of show, DepotSLC.com 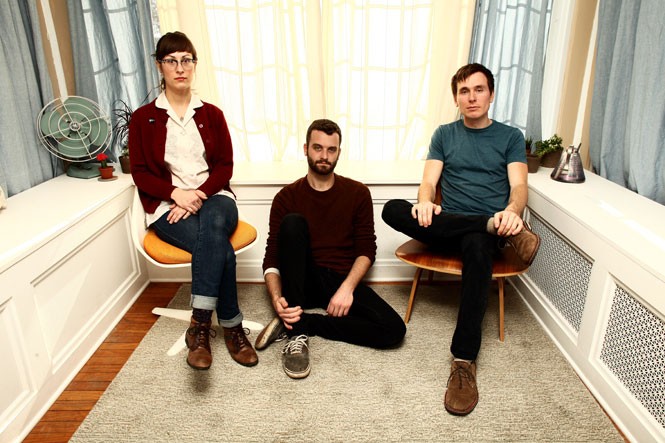 
Touring as a band probably dares the universe to cause weird shit to happen, and in the case of Lemuria, the Buffalo, N.Y.-based indie-rock/punk trio's misadventures on one particular tour were so outrageous that they warranted having a comic book written about them. Out Dec. 9, the new project is a comic book & 7-inch EP combo that's the third in the Turnstyle Comix series by Mitch Clem and Nation of Amanda. The story details Lemuria's tour of Russia in 2001, which, according to the band's website, was apparently not without "violent Nazis, crooked cops, mobster shakedowns, gunshots, a tropical storm, rabid dogs and a substandard German pizza." The EP consists of two new songs, "Christine Perfect" and "Foggy Smoke," which, like all of Lemuria's work, showcase the band's fascinating juxtaposition of airy female vocals with thudding drums and chugging guitar. Also on the bill is Into It. Over It.—the solo project of Chicago musician Evan Thomas Weiss—and local punk band Chalk. (Kolbie Stonehocker) Kilby Court, 741 S. Kilby Court (330 West), 8 p.m., $12 in advance, $14 day of show, KilbyCourt.com; limited no-fee tickets available at CityWeeklyStore.com 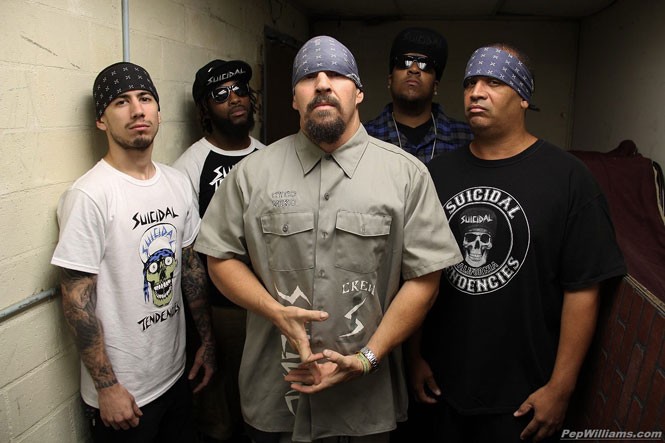 
Next up in the "Are they still around?" category is '80s California punk band turned stadium act Suicidal Tendencies. They might have moved away from their namemaking hardcore-punk sound—as heard on classics like "Cyco Vision" and sonic battering ram "Institutionalized"—and branched off into thrash-metal territory, but they hit as hard as ever. Suicidal Tendencies' latest album,13—sonamed because it's the band's first new record in 13 years—released in March 2013, marks 30 years of assaulting fans' eardrums, and the band are touring hard in support of it despite bassist Tim "Rawbiz" Williams passing away in August. 13 features face-melting metal guitar riffs and slowed-down headbanger beats, but there's still plenty to mosh and throw elbows to. California hardcore-punk band Trash Talk will start things off. (Kolbie Stonehocker) The Depot, 400 W. South Temple, 8:30 p.m., $20-$22 in advance, $24-26 day of show, DepotSLC.com