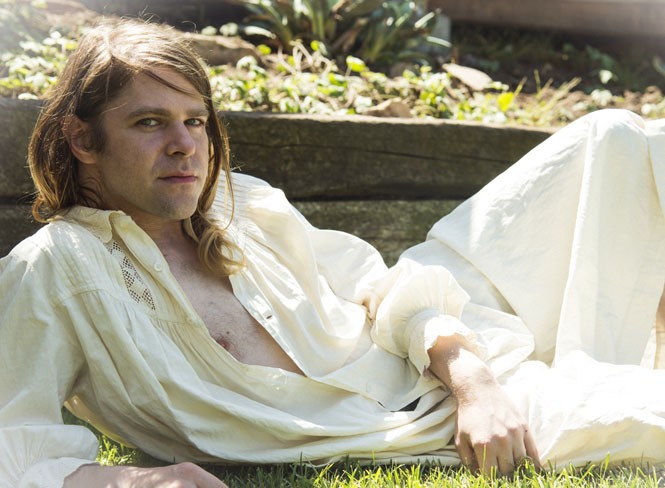 
Los Angeles native Ariel Pink is a musician people tend either to love or hate. Whether he's dissing Madonna or saying he loves the Westboro Baptist Church, he has garnered a reputation for being a weirdo who says weird shit, and the Internet can't seem to agree as to whether he's a genius or a troll. But, however you feel about him, his latest album, Pom Pom—his first solo venture, released in November—is somethin' else, a hazy, artsy blend of unabashed glam-pop, '70s-influenced cheesiness, '60s surf and garage-rock grit. Maybe it all stems from his pink hair, but between Pom Pom's many off-the-wall song titles (ahem, "Nude Beach a Go-Go") and squirm-inducing awkwardness (e.g., every second of the music video for "Put Your Number in My Phone"), there's plenty that will make you say, "What the hell did I just listen to?"—but in a good way. Jack Name and Koala Temple will open. (Kolbie Stonehocker) The Urban Lounge, 241 S. 500 East, 9 p.m., $15, TheUrbanLoungeSLC.com; limited no-fee tickets available at CityWeeklyStore.com


No matter how long you've been away from the game, it's never too late to start playing music again. Just ask Karl Strange, frontman of local art-rock band The LoveStrange. Although he grew up playing and writing music, Strange abandoned music in the '80s to pursue a career as a lawyer. But, a couple of decades later, inspired by the vibrant Provo music scene, Strange found his way back to music again. Now in his 50s, Strange and The LoveStrange are releasing their debut album, I Liked It, No I Didn't, produced by Nate Pyfer. The only sneak peak of the album that seems to be floating around is a preview video, but the few seconds of music in it sounds really interesting: a jangly, piano-laced blend of urgent rock that, as Velour owner Corey Fox describes in a press release, sounds "something like The Cars meets T. Rex meets The Strokes." But you'll just have to come to tonight's show to find out more. Opening are fellow Provo acts Seve vs. Evan and Coral Bones. (Kolbie Stonehocker) Velour, 135 N. University Ave., Provo, 8:30 p.m., $8, VelourLive.com 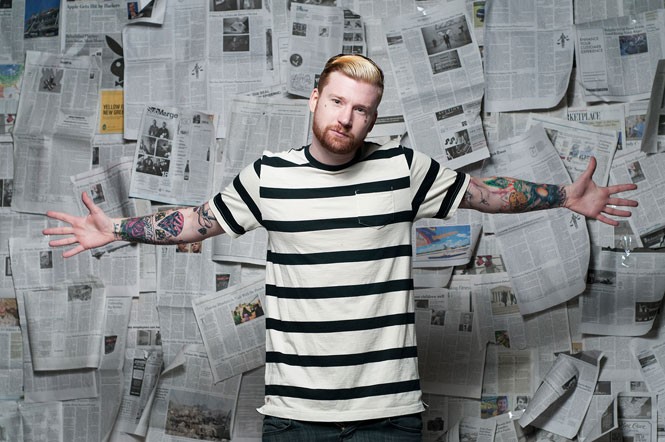 
Jonny Craig's current solo music is a lot different than the projects he's been associated with in the past—such as post-hardcore band Dance Gavin Dance—but a lot of the emo-flavored themes on his new album, The Blueprint for Going in Circles, will sound familiar to fans of his older work. Since branching out on his own six years ago, Craig traded in his screaming for pop/soul-style crooning, which is heard over hip-hop/R&B instrumentals on The Blueprint for Going in Circles. Featuring contributions from Kyle Lucas and Captain Midnite—who are both joining Craig on this tour—the record blends aching, exposed vocals and emotional lyrics with Captain Midnite's slow-paced raps on a backdrop of soulful, beat-heavy accompaniment. Also on the bill is The Young Electric. (Tiffany Frandsen) In the Venue, 219 S. 600 West, 6 p.m., $15 in advance, $17 day of show, InTheVenueSLC.com


This Valentine's Day, skip the clichéd fancy dinner and bring your sweetheart or just your own self to a performance of the "ghostly rock opera" Deep Love. Written by Ryan Hayes and Garrett Sherwood, Deep Love is a tragic story that's told from the point of view of a young widow who "struggles to meet the demands of her deceased husband's undying love"—you know, perfect for Valentine's Day, whether you love the holiday this year or want to stab it—and features a rock and folk soundtrack. Tickets to tonight's early showing at 6:30 p.m. are already sold out, but Velour has scheduled a late showing for 9 p.m. and tickets are going fast, so don't dawdle. This intimate, seated event is one you shouldn't miss, and funeral attire is recommended. (Kolbie Stonehocker) Velour, 135 N. University Ave., Provo, 9 p.m., $12, VelourLive.com 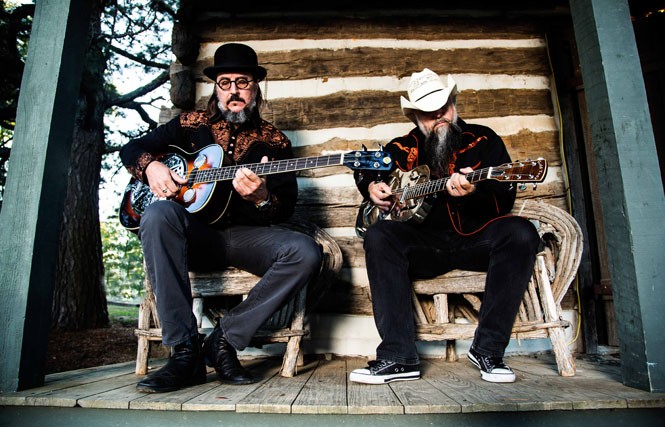 
Is it fair to label Duo de Twang as Primus Minus Drummer? Well, yeah—with Les Claypool, it's not like you don't know what you're getting. However, the veteran bassist/vocalist's new project with guitarist Bryan Kehoe—which began as a lark for a San Francisco bluegrass festival—is easily his most subtle: Duo de Twang's stripped-down acoustic guitar & bass approach puts a percussively alien-country twist on familiar songs from the Claypool canon (like Primus' "Wynona's Big Brown Beaver") as well as left-field covers (like the Bee Gees' "Stayin' Alive"). DdT may sound a hell of a lot like Primus crashing the set of Hee Haw, but who's complaining? Reformed Wolves open. (Bill Frost) The Depot, 400 W. South Temple, 8 p.m., $21 in advance, $25 day of show. DepotSLC.com