THURSDAY-SUNDAY 2.16-19
Al Stewart, Peter White
It once seemed surprising that an unassuming Scotch-English folkie like Al Stewart would end up with a mega Top 40 hit, given an early musical style that so closely tapped traditional templates. Nevertheless, when it was released in July 1976, Stewart's seventh album Year of the Cat (RCA) and its title track—with those infectious guitar and sax solos—made this unassuming singer-songwriter a household name. But Cat wasn't even Stewart's best work. That distinction goes to its predecessors Past, Present and Future (1973) and Modern Times (1975, both on CBS Records), a pair of ambitious song cycles flush with historical references. Cat went platinum and so did its follow-up, Time Passages (which had a title hit of its own), and he continued to release new music every few years and tour. This time around, he's rejoined by his longtime guitarist Peter White, who debuted on Year of the Cat. That should please Stewart's devoted and cultish fan base. (Lee Zimmerman) The Egyptian Theatre, 328 Main, Park City, 8 p.m. (6 p.m. Sunday), $29-$60, egyptiantheatrecompany.org 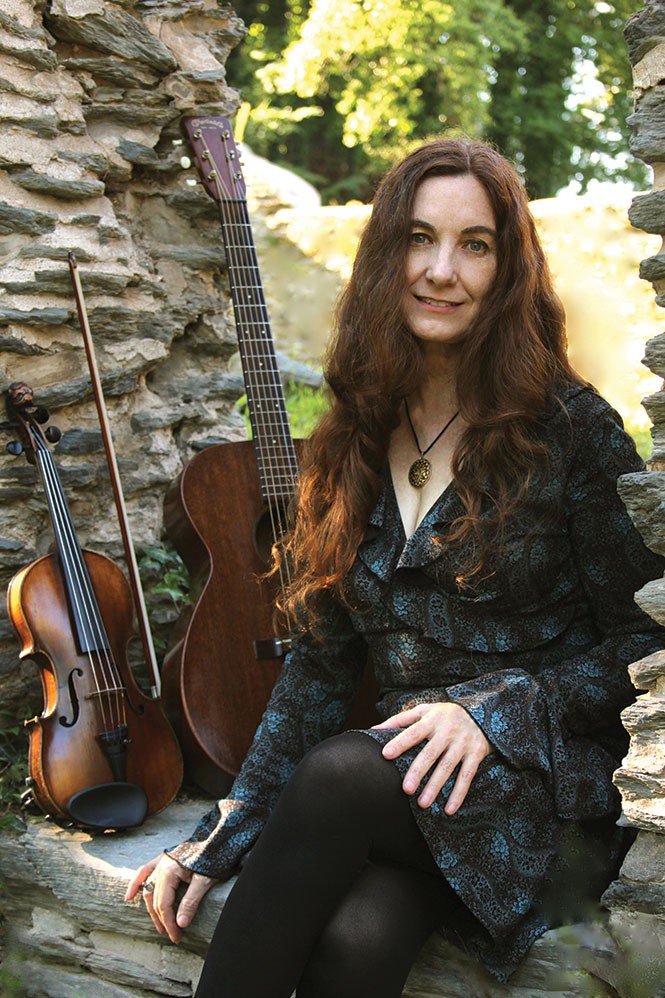 FRIDAY 2.17
Kate MacLeod, Mark Hazel, Bob Smith, Otter Creek
For decades, Kate MacLeod has been one of the foremost faces in the local folk/bluegrass scene, with her crystalline vocals and guitar and fiddle playing, which is individualistic and deeply rooted in tradition. She adds her own stylistic flair to songs by the Carter Family and others, and finds talented peers in the genre, like Laurie Lewis and Mollie O'Brien. This Friday is her first performance at Brigham City's Music in the City Concert Series. Multi-instrumentalist Mark Hazel, percussionist Bob Smith and Otter Creek—the duo of Mary and Peter Danzig—join her. The trek up north just might prove the grass is bluer in Box Elder County. (Brian Staker) Brigham City Fine Arts Center, 58 S. 100 West, Brigham City, 8 p.m., $8-$12, bcfineartscenter.org

FRIDAY 2.17
L.A. Guns with Tracii Guns & Phil Lewis
Although they packed serious firepower, L.A. Guns didn't make as big of a commercial bang as their Sunset Strip peers in Poison, Ratt and Faster Pussycat. Sure, founder/guitar ace Tracii Guns put the "Guns" in Guns N' Roses, and the flowery part of that band's name came from Axl Rose, who was L.A. Guns' second singer. L.A. Guns' first two albums (1988's raw, sinewy L.A. Guns and 1989's ragged, slightly commercial Cocked & Loaded) did go gold, and they got a lot of radio and MTV mileage with "Never Enough" and "The Ballad of Jayne." They also toured with a slew of genre heavyweights, including Skid Row and Def Leppard. You might attribute the latter tour to singer Phil Lewis having played with Def Lep guitarist Phil Collen in the early '80s hard rock band Girl. Except sleazy, snotty L.A. Guns—with their fierce cuts, Guns' guitar pyrotechnics and general badassery—made a great opening act. Those who got it got it, and those who didn't anticipated the headliners more. When I saw them open for Def Lep at the Salt Palace in '88, Guns shot a loogie 10 feet above his head and caught it in his mouth—while playing. For some of the uninitiated, that confirmed their distaste for the band. The rest of us bought the album. This tour finds Guns and Lewis—the band's classic-era frontguy—reunited after years of touring in competing versions of L.A. Guns. Horns up for "Malaria!" (Randy Harward) Liquid Joe's, 1249 E. 3300 South, 7 p.m., $17 presale, $20 day of show, 21+, liquidjoes.net

Lotus
Long-running Indiana electronic jam quintet Lotus is intentionally slippery, mixing a wide variety of
styles into one that's all their own, and wearing those myriad influences proudly. Still, some critics tend to classify Lotus as just a jam band—and the group's shows can reinforce that notion. But on their dozen-plus releases, they construct concise tunes that rarely meander despite being exploratory musical excursions. Lately, they've mixed in elements of progressive and math-rock and, as usual, somehow the disparate threads all come together and the whole thing works. (Bill Kopp) Park City Live, 427 Main, 8 p.m., $22-$45, 21+, parkcitylive.net

SATURDAY 2.18
Storm Large
These days, artists who emerge through competitive reality shows are as plentiful as they are vilified. Cabaret singer Storm Large took the notoriety she gained on the show Rock Star: Supernova in 2006 to spawn a multifaceted career over the ensuing decade. After a residency in her adopted hometown of Portland, she connected with some bigger names in the biz—singer-songwriters k.d. lang, John Doe and Rufus Wainwright, as well as funk legend George Clinton and classical-pop-lounge group Pink Martini. That's not to mention numerous prestigious symphony orchestras, with whom she's performed at the Kennedy Center, Carnegie Hall and other noteworthy venues here and abroad. Add her success in musical theater, film and recording, and a memoir that earned nods from Oprah's Book of the Week Club and an Oregon Book Award, and Storm looms large as a true renaissance woman. (LZ) Eccles Center for the Performing Arts, 1750 Kearns Blvd., Park City, 7:30 p.m., $29-$79, ecclescenter.org

TUESDAY 2.21
Thundercat
Thundercat, ho! Stephen "Thundercat" Bruner is a full-on music and pop culture geek, hence his stage name—and his crazy eclectic albums and résumé. His four releases span soul, funk, electronica, jazz fusion and even lite-FM classic rock—the upcoming Drunk (Brainfeeder, Feb. 24), boasts guest turns by Kenny Loggins and Michael McDonald. The upshot is a squishy, rubbery, futuristic funk that's a blast for anyone within earshot. As if that wasn't enough, the dude appears on more than a couple dozen albums by 17 other artists. A sparse sampling: Bruner sings and plays bass on albums by fellow eclectician Flying Lotus (with whom he's working on a collaborative album) and hip-hop act Childish Gambino (he also produced CG's Because the Internets), and he played bass with punk-metal band Suicidal Tendencies for nine years. True to geek form, Bruner releases Drunk in a variety of formats, including a super-collectible four-platter, red wax, lift-off box edition. (RH) The Urban Lounge, 241 S. 500 East, 8 p.m., $18 presale, $20 day of show, 21+, theurbanloungeslc.com

WEDNESDAY 2.22
Milemarker, Big Jesus, Gloe
Founded two decades ago in the college town of Chapel Hill, N.C., Milemarker established itself as a heady hybrid of punk and post-rock with electronic textures. The group's often shouted unison vocals recall D.C. hardcore outfits like Fugazi, but a strong melodic sense pushes their sound back toward mainstream rock. Inventive use of synthesizers and effects—often battling for dominance with keening, distorted guitars and a thunderous rhythm section—gives the group a modern, forward-looking aesthetic. While quite prolific in their early days (1997-2005), they seemingly went inactive, resurfacing in 2008 for a dozen shows before going dark once more. In 2015, the foursome surprised many with a new full-length record, the heavy and hypnotic Overseas (Lovitt), a reissue of their classic album Frigid Forms Sell and more shows. Atlanta dream-fuzzers Big Jesus and local "post-everything mathgaze" band Gloe open. (Bill Kopp) The Urban Lounge, 241 S. 500 East, 8 p.m., $12, 21+, theurbanloungeslc.com