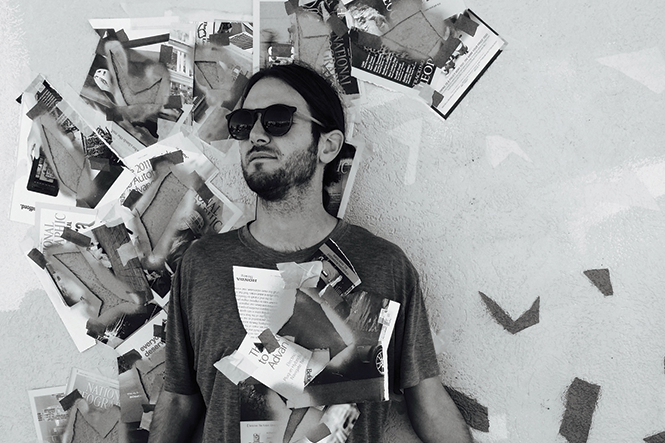 THURSDAY 2/27
Night Marcher
Sharing a stage with the Flaming Lips is, I would imagine, a somewhat daunting prospect. Presenting yourself as a prelude to one of the most renowned and engaging live acts of the modern era can't be an easy task. But when I traveled to Ogden to see the Flaming Lips in 2018, Night Marcher rose to the occasion with aplomb. They struck a great balance between a lively stage presence and a laid-back vibe that didn't tire the crowd out before the main event—and while they obviously didn't top the Lips in terms of sheer spectacle, their set still left me impressed. That impression was only reaffirmed when I checked out Night Marcher's debut full-length Us & Them, released later that year. The album highlights the group's more subdued side, glazing over frontman Rob Reinfurt's soul-infused psychedelia with smoky atmospherics and thick, rubbery basslines. Still, there were moments sprinkled throughout, on tracks like "The Devil Wears a Red, White & Blue Cape," that served as a reminder of the bluesy rock smolder their live set proved them capable of. This Thursday, Night Marcher performs at Purgatory as part of the Brown Bag Concert Series, a set of free music concerts presented by the Salt Lake City Arts Council as part of an initiative to showcase local artists and promote smaller local businesses. (Nic Renshaw) Purgatory, 62 E. 700 South, 10 p.m., free, 21+, saltlakearts.org 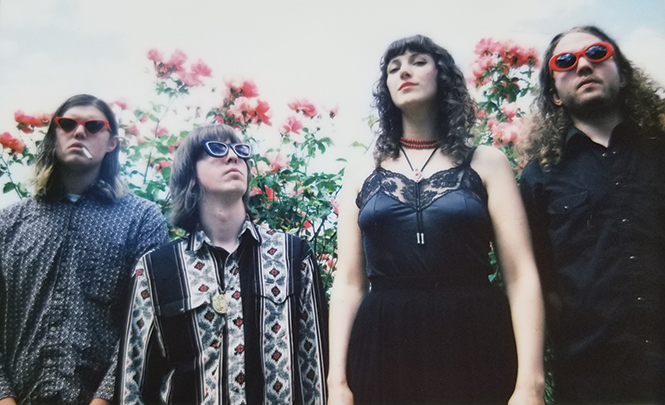 FRIDAY 2/28
The Shivas, Say Hey, Day Sounds, Bloome
The Shivas, I'm glad to say, are still touring and playing music years after I saw them in the summer of 2014, right after their album You Know What to Do came out. Listening to it again, I'm transported to that show—one of the early ones at Diabolical Records—on a warm summer night. They were danceable as hell, their jangly, quick-paced surf-rock like nothing I'd heard before. Their song "You Make Me Wanna Die," which they performed that night, was a mainstay for the rest of the summer, and I maintain all these years later that it's the rare perfect song. It sounds like it's straight out of the '60s—not in a fake, over-stylized way, but in an earnest and easy-going way, one that's believable and darling as all hell. They've more or less stayed tied to these roots since then, putting out the dreamier album Better Off Dead in 2016, and the altogether more garage-infused, Ty Segall-ish, pop-oriented album Dark Thoughts in 2019. They'll be joined by the garage and psych-aligned locals Say Hey, who released their debut album Everything // Everyone in 2019. New act on the block, Provo's Day Sounds, also open with their Real Estate-meets-psychedelia specialty to show off. If it's been a minute since you've seen a psychy, surfy, garagey bill like this, make sure to stop in. (Erin Moore) The Urban Lounge, 241 S. 500 East, 8 p.m., $10, 21+, theurbanloungeslc.com

SATURDAY 2/29
Les Femmes De Velour with New Shack/Madge, The Rubies, Kambree, Mowth
With acts like The Aces making steady gains in the world of indie pop far outside of Utah, it seems that the women of Utah County are lately the ones at the forefront of the state's talent machine. This event comes as the seventh and last night of shows at Velour celebrating the women of the scene, and features a stacked night of Provo's finest, one of whom happens to be one of those rising stars, Madge. Having moved to Los Angeles a while ago, Madge has been busy not just with music, but as a cult star and clothes horse for big names in the fashion world as well as in the world of Instagram. Her brand—because she's so got one—is kooky and crazy in a way that speaks exclusively to a certain set of online millennials, those who love their glitchy, weirdo electro-pop to be paired with aesthetics just as alien. Starting out as part of another rather successful and popular Provo act, New Shack—who came back from the dreamy, nostalgic synth-driven 2016 release Eingang at the end of 2019 with the six-track release So Soda—Madge has been ambitiously working on the production side of her music since the release of her first single, the game-changing "Red James." Now heading in a more experimental direction than her work with New Shack, it will be interesting to see what goes on onstage when this seasoned former-Provoite takes the stage. She'll be joined by other locals by way of Aces-adjacent pop group The Rubies, synth-pop by Kambree and good old rock 'n' roll by Mowth. (EM) Velour, 134 N. University Ave., Provo, 7:30 p.m., $8, all ages, velourlive.com 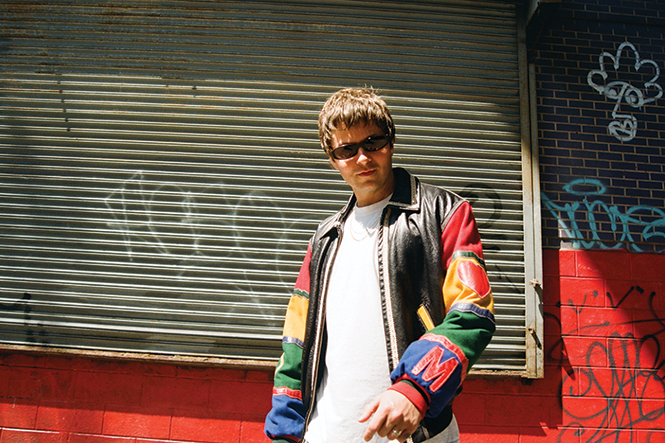 WEDNESDAY 3/4
Young Guv, Spiritual Cramp, Gamma World, BOBO
In name and sonic texture, Young Guv hearkens back to England's alt-rock high point. Running roughly from the late '70s to the mid-'90s, this period introduced nerdy crooners (Elvis Costello, Norman Blake) and puffed-up lads (Liam Gallagher, Morrissey) alike as crown princes of power-pop. Those days are over, however, which makes Ben Cook's breezy, radiant work as Young Guv such a revelation. First, Cook is Canadian; second, his day job finds him slashing six-strings for sociopolitical hardcore ragers Fucked Up. How, then, does he pivot so easily to lovelorn laments like "Every Flower I See" and liquid proto-funk like "Trying to Decide," two highlights off 2019 albums Guv I and Guv II? That double dose of pop ear candy came about after Cook couldn't stop writing songs in Brooklyn in May 2018. Sounds cliché, until you realize what the Canuck was channeling: "Young Guv songs are like people-watching in a foreign country in the morning," Cook tells Run for Cover Records in his official bio. "I'm there and I'm trying not to cry from the overwhelming feeling of sadness and happiness." Like all good pop music, the sorrow remains burrowed deep under earworm hooks that jangle ("Patterns Prevail") and jar ("Try Not to Hang on So Hard"). Openers Spiritual Cramp will set the stage with danceable post-punk grooves while local support acts Gamma World and BOBO strut through their respective worlds of glam-thrash and electro-pop. (Nick McGregor) The Urban Lounge, 241 S. 500 East, 8 p.m., $13 presale; $15 day of show, 21+, theurbanloungeslc.com

WEDNESDAY 3/4
Donovan Frankenreiter
Donovan Frankenreiter is one cool dude, and he keeps some cool company. He's toured with the likes of ALO, G. Love, Matt Costa and several surf artists and filmmakers as well. Then again, he's a surfer himself, a perennial hippie, a jammer and an inspired adventurer who takes life seriously when it comes to pursuing his passions, but not so seriously as to deny himself and his audiences all the exuberance and exhilaration it has to offer. He's also a sensitive soul, as his tenderest tunes repeatedly prove. Moreover, he's happy and hopeful, a traveling troubadour committed to making music for the masses and living by example. It's little wonder then that he once recorded albums named Start Livin', Move By Yourself, Pass It Around and Glow—titles that make ideal mantras. And even for those who only know him through his music, it's evidence enough that Donovan is the kind of guy well worth hanging out with, even if only over the course of a concert. Seeing that he's made a living out of sharing his songs and a consistently upbeat attitude for the past 20 years, it's not surprising that his positive vibe seems contagious. His upcoming gig in Park City—a benefit for the National Ability Center's Red, White and Snow annual fundraising event—affirms his positivity. Given Frankenreiter's feel for funk, that's a good groove to fall into. (Lee Zimmerman) O.P. Rockwell Cocktail Lounge & Music Hall, 268 Main, Park City 8 p.m., $55-$125, 21+, shows, oprockwell.com