THURSDAY 2/22
Busty and the Bass
So there's Chicago soul, Memphis soul, New Orleans soul, Philly soul ... But why doesn't anyone every talk about Montreal soul? Probably because, kinda like SLC soul, it's so unofficial it's practically non-existent. Besides, regional flavor—like caucasians—is becoming less of a thing. The internet has made music omnipresent and virtually free; we're no longer limited by budget, geography or radio station wattage in terms of what music we can consume or make. Inspiration can hit anyone, anywhere. That's how you wind up with bands like Busty and the Bass, a nine-piece from Montreal, Quebec, Canada. They call their stuff electro-soul and hip-hop, but that sells it short. Sure, they rap on their second album Uncommon Good (Indica, 2017), and draw from an array of sounds, but the prevailing aesthetic is real-deal soul in a spectrum of flavors: sunny Philly soul, funky Memphis soul and trippy psychedelic soul, peppered by old-school funk, happy '80s R&B and subtle contemporary pop. Such a seamless blend makes for an infectious and irresistible listen, and lets an audacious album title ring beautifully true. So much so, in fact, that you want to give their sound its own name and identity—something that acknowledges its existence and encourages its proliferation. Since geographic appellations are going the way of the honky buffalo, let's just call it Busty. (Randy Harward) Kilby Court, 741 S. 330 West, 7 p.m., $12 presale; $15 day of show, all ages, kilbycourt.com 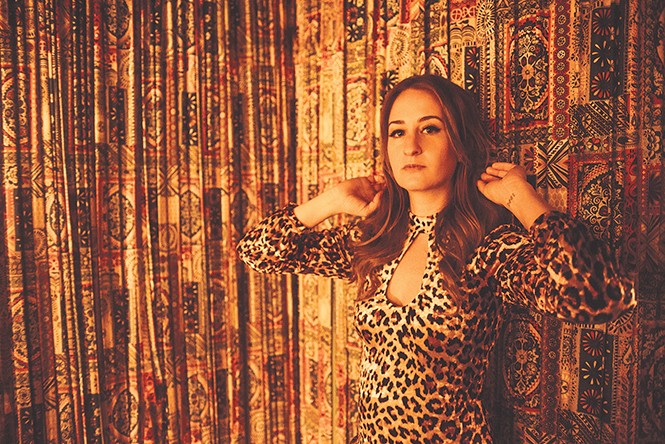 FRIDAY 2/23
Margo Price, Blank Range
The greatest country singers have a way of getting under your skin. When Patsy Cline, Loretta Lynn, Hank Williams Sr. or Neko Case sing, you're mesmerized. Somehow, they know all the words to what you thought was your own personal soundtrack of hard luck, broken hearts, bad habits and self-sabotaging behavior. They sing these tunes with such conviction that, after a succession of shots and beers, you can fool yourself into believing you've actually connected—perhaps in the corner booth of a cosmic honky-tonk that exists deep in the grooves of black wax rotating on an axis. Illinois-born Margo Price dwells in Nashville, which does its level best to kill this kind of authentic country music, so thank the Nebulous Deity she recorded her 2016 debut Midwest Farmer's Daughter at Sun Studio in Memphis, where it thrives. Although she left Sun for All American Made (Third Man, 2017), Price only went down the street to the related and more spacious Sam Phillips studios. The album picks up where Daughter left off, with Price's dulcet twang articulating heartache that's hers and yours as you knock back shots in some corner of your mind. But let's not relegate Price to some wish-fulfillment fantasyland, because back in the real world, she's singing about things that matter now. A timely and topical example is "Pay Gap," where Price isn't content to wallow in a bad situation; she wants to do something about it, telling anyone who thinks women are making something out of nothing, "Why don't you do the math?" That oughta get under the skin of the deniers. (RH) The State Room, 638 S. State, 9 p.m., sold out (check for tickets at lyte.com), 21+, thestateroom.com 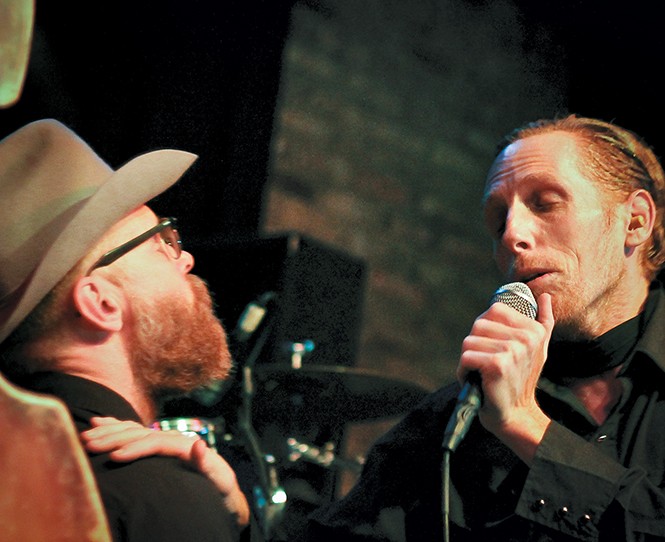 MONDAY 2/26
Slim Cessna's Auto Club, The Utah County Swillers, George Cessna
Slim Cessna's Auto Club is a natural pit stop when venturing into country and rockabilly music's dark underbelly—er, undercarriage. This Denver gothabilly band celebrated its quarter-century anniversary last year but the sound they purvey—with deep roots in country blues, rockabilly and snake-handling gospel music—is, for all its old-timey inspiration, timeless. Originally on the Alternative Tentacles label, in 2015 they started their own SCAC Unincorporated imprint, on which they released The Commandments According to SCAC (2016). George Cessna of Baltimore spaghetti-twang band Snakes (not to be confused with British-Norwegian '90s band of the same name), is Slim's son—and his face, voice and creep-ocalyptic songs prove that the muffler doesn't fall far from the chassis (or something like that). And you couldn't ask for a better support act than the Utah County Swillers. In promo materials describing the denizens of the area as "one pill away from sucking on a 12-gauge," the group would seem to be living examples of the (relative) health benefits of the bottle. (Brian Staker) The Urban Lounge, 241 S. 500 East, 8 p.m., $12 presale; $15 day of show, 21+, theurbanloungeslc.com 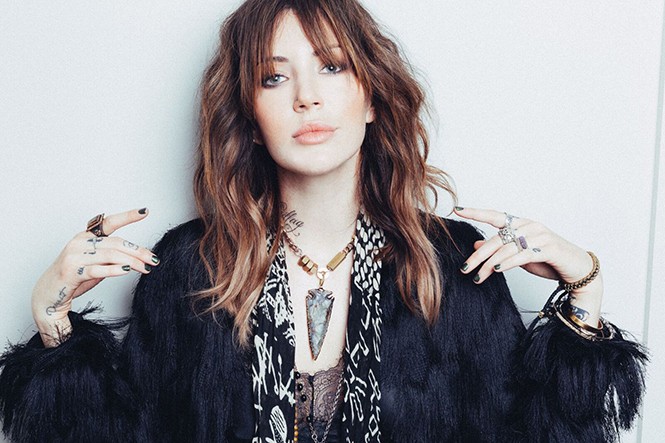 WEDNESDAY 2/28
Dorothy
On "Kiss It"—the lead track on Dorothy's 2016 debut, Rockisdead—feisty handclaps and fierce, fuzzy riffage buttress singer-namesake Dorothy Martin's sinewy pipes as she intones, "Mama, she don't like my walk/ Daddy, he don't like my talk/ my baby told me listen here/ a woman need a man/ All I gotta say to you is/ kiss it, baby, yeah!" Although the very next song (and one or two more) sounded like a naked attempt at airplay, with that trendy, reverb-heavy, gang-vocals-in-a-tunnel production, it was, for the most part, an impressively raw and ballsy record. The day after I heard Rockisdead, her publicist passed along the link to an advance stream of the Los Angeles band's upcoming follow-up, 28 Days in the Valley (Roc Nation). From its first nanosecond, "Who Do You Love?" assaults you with a caterwauling wall of psych-fuzz guitar and manically marching drums—over which Martin surprises you with a sublime recreation of Grace Slick in her prime. What unfolds from there is a badass, cinematic, hip-shaking rock album full of great songs ("Pretty When You're High," "On My Knees," "Philadelphia") that's so satisfying that you'd rather drag your tongue along a knife than turn it down—or worse, click pause. It seems odd that there are no support acts listed on this bill, but with an all-killer, no filler album and plenty of good stuff on Rockisdead, all you need is Dorothy. (RH) Metro Music Hall, 615 W. 100 South, 7-11:30 p.m., $17.50-$100, 21+, metromusichall.com

Decibel Magazine Tour: Enslaved, Wolves in the Throne Room, Myrkur, Khemmis
Decibel started out in 2004 as a small publication out of Philadelphia, but has grown to be one of the most trusted music publications when it comes to "extremely extreme" music—everything heavy, fast and brutal. Their tour, now on its sixth run, skipped SLC last year, but makes up for it with a ferocious 2018 bill headlined by legendary progressive black metal kings Enslaved and Washington state's black ambient trio Wolves in the Throne Room. All the amps go up to 11 at this show, where you can expect a feeling native to the territory of battle jackets (patch vests) and long-haired brethren. For more than two decades, Enslaved has pumped new life into Norwegian black metal, using progressive riffs and clean vocals. The more atmospheric Wolves in the Throne Room proves 'Merica can be metal AF, too—but with nuance and texture. Support acts include Danish black-metal singer-composer Myrkur (aka Amalie Bruun) and Denver-based doom rockers Khemmis. A favorite within fringe music communities, Decibel tours line up killer bands on one stage, providing a spectrum of musical extremes. (Rachelle Fernandez) The Urban Lounge, 241 S. 500 East, 6 p.m., $25 presale; $28 day of show, 21+, theurbanloungeslc.com