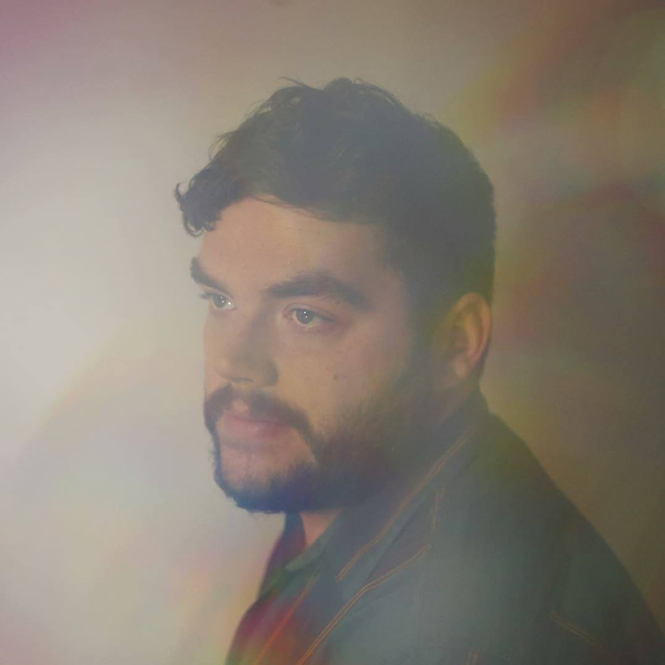 THURSDAY 1/10
Brent Penny, Strong Words, Sally Yoo
Brent Penny brings years of experience playing and curating inclusive, open-hearted performances in his hometown of Minneapolis out on the road for his debut West Coast tour. Hailed for a "lo-fi, let's cry" approach that mixes queer folk, psychedelic pop and experimental ambiance, Penny's tender compositions display a far-reaching range of artistic influences. Some of his melodies are informed by Mormon youth choirs; some evoke the singular range of Neil Young at his most effeminate moments. Penny has developed his own niche as an authentic songwriter, bridging the gap between the DIY rock of past bands Bathtub Cig and The Awful Truth with the quivering vulnerability and unabashed honesty of our finest anti-folk heroes. Best of all, Penny plays twice on this Thursday night: once in support of Nadine and Remember Sports at an all-ages Kilby Court show and again later that night in a headlining gig at The Urban Lounge. Local support for the latter show comes from emotional indie rock quartet Strong Words and audio explorer Sally Yoo. The Urban Lounge, 241 S. 500 East, 8 p.m., $5, 21+, theurbanloungeslc.com

FRIDAY 1/11
Laura Gibson, Stelth Ulvang
Newly armed with an MFA in fiction writing, Oregon native Laura Gibson returned in late 2018 with her fifth full-length album, Goners.Marked by vibrant language, incisive storytelling and a narrative imagination that runs wild and free, Goners felt like just the record we needed to wrap up a dark year: At times weary and exhausted, it also flashed moments of radical hope, starting with its Leonard Cohen-esque first line: "If we're already goners, why wait any longer/ For something to crack open." Tackling the responsibility of grief and its far-reaching tentacles, Gibson doesn't stay in one lane. Instead, the singer-songwriter ramps up her sonic palette with stomping rockers and fiery odes to metamorphosis, scars and the loss of Gibson's father. "Goners seemed an apt title because it speaks of both the future and the past," Gibson said in a news release for the album. "The word is used for two types of people: those who lose themselves in the ones they love, and those whose deaths are imminent. My days are charged. Potential future grief forces me to reckon with past grief. These were two points on a map of grief. I wanted to explore the territory between them." Embark on the journey with Gibson and her full band, who by all accounts have been bringing fans to tears with their cathartic show. (Read our feature-length interview with Gibson.) Kilby Court, 741 S. Kilby Court, 7 p.m., $13 presale; $15 day of show, all ages, kilbycourt.com 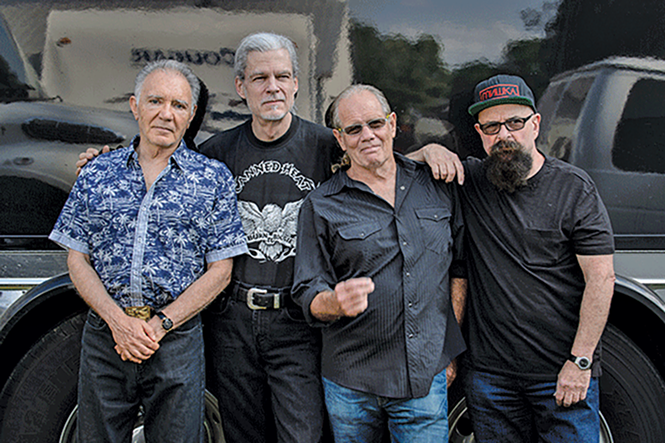 FRIDAY 1/11-SUNDAY 1/13
Canned Heat
There aren't many bands left from the '60s heyday of classic rock, but Los Angeles' Canned Heat are still alive and kicking. Longtime members Fito de la Parra (drums) and Larry Taylor (bass) still drive Canned Heat's fiery groove, which started in 1965 with pure electric blues before expanding outward into colorful boogie rock, psychedelic jazz and country-fried folk. The band's biggest hit, "Going Up the Country," formed the cornerstone of their appearance at Woodstock in 1969, and its prominent placement in the 1970 documentary about the legendary music festival cemented Canned Heat as purveyors of hippie cool. Part of that respect came from Canned Heat's commemoration of the blues; "Going Up the Country" is a remake of a 1927 classic by Henry Thomas, and several other big Canned Heat numbers have their roots in the Mississippi Delta. Performing a three-night stand at Egyptian Theater in Park City will allow the band to stretch their legs playing material new and old; in addition, it will serve as the perfect kickoff to a busy 2019. Mike Judge (of Beavis and Butt-Head and King of the Hill fame) plans to direct and produce a film about the band based on de la Parra's book, Living the Blues, and Canned Heat will be a big part of Woodstock's 50th anniversary celebration this summer. Egyptian Theatre, 328 Main, Park City, 8 p.m. (Friday & Saturday); 6 p.m. (Sunday), $29-$55, all ages, egyptiantheatrecompany.com 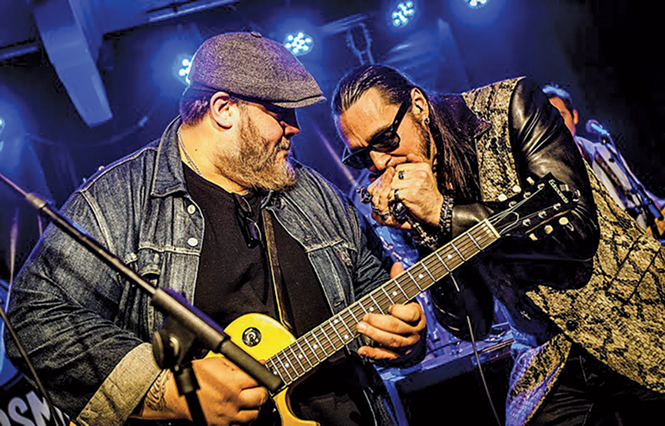 TUESDAY 1/15
Nick Moss Band feat. Dennis Gruenling
If Canned Heat represents one end of the generational blues spectrum, Chicago's Nick Moss Band injects the traditional American art form with youthful zeal. Moss, who specializes in a muscular six-string attack with gravelly, deep-throated vocals, teamed up with harmonica master Dennis Gruenling in 2018 to release an album on esteemed Alligator Records. The High Cost of Low Living topped numerous year-end lists, and its forceful rendering of electric Chicago blues and old-school rock-'n'-roll is ear candy for Americana enthusiasts. It's a collaboration that wasn't always destined to be; although Moss and Gruenling have known each other for 20 years, they didn't team up until 2016. Three years later, their chemistry is evident, both on record and on stage, where the two seem to communicate telepathically. Their chops are deeply baked in; Moss grew up playing with legendary Chicago characters like Jimmy "Fast Fingers" Dawkins and Willie "Big Eyes" Smith before branching out with Jimmy Rogers, all of whom descend from the Muddy Waters tree of electric blues. Gruenling, meanwhile, is a self-taught New Jersey native, but his influences come from universally acclaimed harp masters: James Cotton, Junior Wells, Little Walter and George "Harmonica" Smith. Don't miss these two performing in the intimate environs of Soundwell under the Utah Blues Society banner, which has dedicated itself to bringing the blues to new ears. Soundwell, 149 W. 200 South, 7 p.m., $12 presale; $15 day of show, 21+, soundwellslc.com

WEDNESDAY 1/16
John Medeski's Mad Skillet
Hailed as one of New York jazz's most accomplished improvisers, John Medeski never seems to slow down. Tickling the keys with groundbreaking trio Medeski Martin & Wood, he helped to bring a danceable fusion of funk, jazz and jam rock to mainstream audiences. But it's in New Orleans where the 53-year-old Kentucky native has found his most powerful muse. As a veteran of the late-night sets that go down around the periphery of the annual New Orleans Jazz & Heritage Festival, Medeski often found himself drawn to the guitar fireworks of Will Bernard and the driving rhythms of Dirty Dozen Brass Band sousaphonist Kirk Joseph and drummer Terence Higgins. Last year, the new quartet recorded a loose-limbed album that blurs the lines between second line jazz, swing, Afro-Cuban pop and hip-hop. Although Medeski's name draws top billing, this is a true democracy, with Sun Ra covers, spaghetti Western instrumental workouts, avant-garde funk and traditional R&B sprinkled throughout the self-titled album. "Every time we play, it really is magical," Medeski says in a news release for the record. "We get together and this thing lifts. There's a lot of ESP in New Orleans. Something happens there. There's a certain feel that New Orleans guys have that you can't get anywhere else." Lucky for us, Medeski, Bernard, Joseph and Higgins bring the party to The State Room just a few weeks before Mardi Gras. The State Room, 638 S. State, 8 p.m., $34, 21+, thestateroom.com 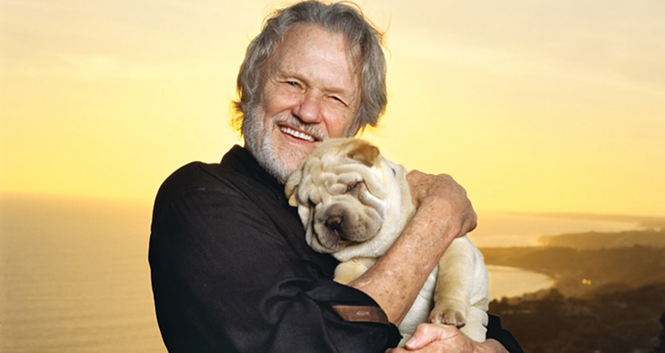 WEDNESDAY 1/16
Kris Kristofferson & The Strangers
At age 82, Kris Kristofferson is a walking embodiment of country music's long, illustrious history. But his journey started in a far different place than that of compatriots Johnny Cash, Willie Nelson and Waylon Jennings. Kristofferson was born in Texas but grew up in Southern California, becoming a star athlete at Pomona College before earning a Rhodes Scholarship to Oxford University, where he finished a post-graduate degree in English literature. After that, his life took a more traditional country turn: five years in the U.S. Army, followed by stints sweeping floors in Nashville and working Louisiana oil rigs as a helicopter pilot. That's where Kristofferson wrote his first two late '60s hits, "Help Me Through the Night" and "Me & Bobby McGee." He infamously landed his helicopter on Johnny Cash's lawn with the lyrics to "Sunday Mornin' Comin' Down" in hand, resulting in a big enough splash that Kristofferson won Songwriter of the Year at the Country Music Awards. But the aspiring storyteller wanted to build his own career, which he successfully did as a multi-threat singer, songwriter and actor. He won a Golden Globe for the 1976 version of A Star Is Born, going toe to toe with Barbra Streisand; starting in 1998, he appeared in all three Blade movies; and the rest of his film and TV work would take up this entire issue. Although his biggest commercial success came in the mid to late '80s with the supergroup The Highwaymen, Kristofferson remains a hardworking troubadour and tireless songwriter whose work represents a vital connection to classic Americana. "With country music, performers were songwriters," he told American Routes in 2018. "The song was the important thing—the basis of it all. People like Hank Williams and Johnny Cash were great performers, but it was the songs that moved people. It was all from the heart and the soul ...serious art for those of us that were doing it. We thought we were artists." (Nick McGregor) Kingsbury Hall, 1395 E. Presidents Circle, 7:30 p.m., $35-$75, 6+, tickets.utah.edu