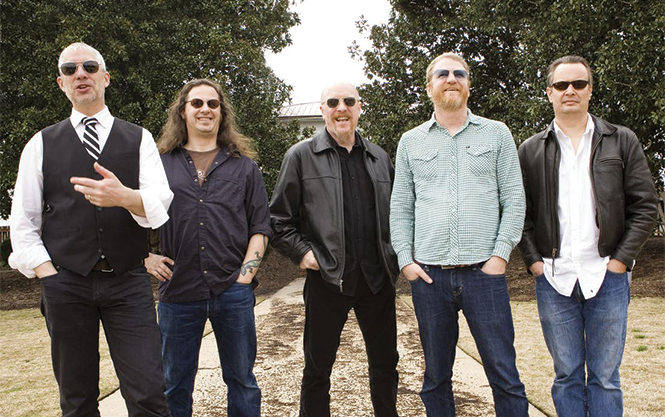 THURSDAY 1/2
Cracker & Camper Van Beethoven, Buffalo Jones
In 1992, Cracker's David Lowery sang in his infamous, acid-sharp deadpan, "What the world needs now is another folk singer/ Like I need a hole in my head." It was a song tearing down hippie truisms, but it revealed a central theme of all of Lowery's work: "What the world needs now is a new kind of tension/ Cause the old one just bores me to death." In his earlier work with college-rock Dadaists Camper Van Beethoven, Lowery and crew invented their own tension, combining fiddle-laced punk rock with syncopated psych, surf and Eastern European modes to score absurdist fever dreams about bowling with skinheads. It was a weird and fascinating run, peaking with the 1988 album Our Revolutionary Beloved Sweetheart. But it didn't last, and with the (temporary) dissolution of CVB, Lowery formed the buzzy, Southern alt-rock outfit Cracker, which he used to score a more personal kind of tension—an ongoing battle between bright-eyed idealism and defeatist irony: "I see the light at the end of the tunnel/ Someone please tell me it's not a train." That dynamic played well for like-minded Gen X grumps, and still feels relevant in an internet age that regularly bounces between acerbic "hot takes" and performative positivity. On Cracker's most recent release, 2014's punk-and-country double album Berkeley to Bakersfield, Lowery confronts a bigger, more specific tension than the ones inside his own head. He takes on the rich: "We will fight your goons and lawyers/ And we will fight your Pinkertons/ And we will fight your bought off congressmen/ You cannot take what isn't yours." (Alex Murphy) The Commonwealth Room, 195 W. 200 South, 8 p.m., $27, 21+, thecommonwealthroom.com 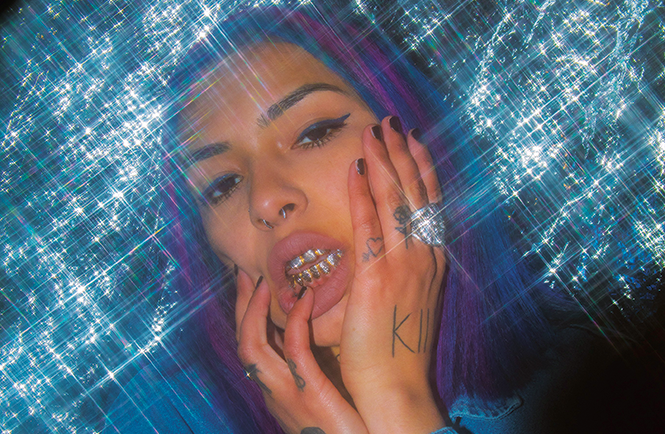 FRIDAY 1/3
Phobia the Greatest, DJ Erockalypze, Vinniecassius
Emo rap, and the world of Soundcloud-type rappers in general, tend to be male-dominated, with heavy hitters being most obviously people like the late Lil Peep, and to a more mainstream extent, Lil Uzi Vert. SLC's own Phobia the Greatest—given name Esparanza Phobia, who recently relocated to Los Angeles—counts the latter as an influence, and her penchant for emo rap is apparent in the singles she's released since 2018. Phobia, however, isn't just another sad dude, but rather a self-aware young woman whose four singles range from acoustic-tinged emo rap to brag-tracks complete with skrrts galore. "Shooting Star" and "Wake Up" deal frankly with the reality of friends dying, party drug addiction, hopelessness and suicide, which are common fodder within the genre, appealing to the kind of young, desperate millennials who gravitate to this kind of music. Moody production and Phobia's wry rap style fold her neatly into the broad array of artists inspired to make music in the face of all these hardships. Even songs like "Paper"—a rather typical rap ode to making money, infected with a particular resigned urgency—and a brag-track like "Blue Band$" are full of a uniquely grim style that Phobia has honed. She'll come back home to SLC for the release of her first EP Black Harts Forever at Gold Blood Collective, with support from local Vinniecassius whose minimalist rap style and instrumentals are consistently cleanly produced, placing him on a path to success just like the one Phobia is traveling herself. (Erin Moore) Gold Blood Collective, 25 S. Kensington Ave., 7:30 p.m., $10, all ages, phobiathegreatest.com 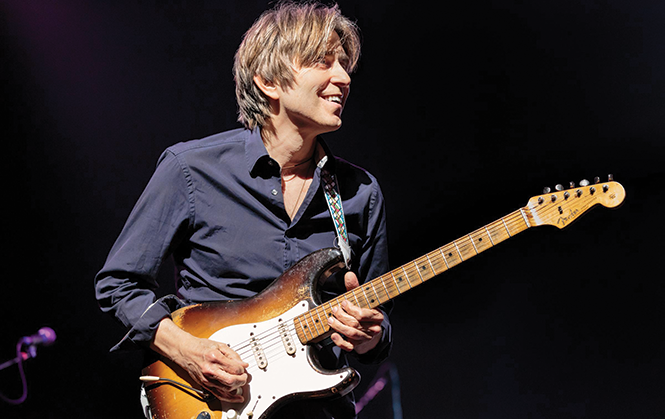 FRIDAY 1/3—SATURDAY 1/4
Eric Johnson
Guitar slingers occupy a rarified position in the realms of rock 'n' roll, a status affirmed early on by Chuck Berry, then boosted to god-like heights by Eric Clapton, Jeff Beck, Jimmy Page and ultimately, Jimi Hendrix. Eric Johnson might aspire to that status, but he's best known as a journeyman whose dedication to form rather than formula has made him one of the most versatile guitarists on the circuit today. Nevertheless, Hendrix's legacy hasn't evaded Johnson entirely. He stood among a legion of prominent players—Dweezil Zappa, Kenny Wayne Shepherd, Zakk Wylde and Jonny Lang—by taking part in the Experience Hendrix roadshow over the past several years. Generally, though, he eschews flash and frenzy, a tack that's served him well over the course of 10 albums and a 30-year career. And while labeling this Grammy-winning guitarist as a "musician's musician" seems somewhat clichéd, Johnson's varied repertoire—incorporating rock, blues, jazz, fusion, soul, folk, new-age, classical and country—makes that designation all too true. As he states on his website, "It really boils down to the music and the song at the end of the day. If it doesn't have that, it gets boring for me." Of course, there's something to be said for showmanship, and Johnson's diligence and dedication ensure a crowd-pleasing performance. Yes, guitarists are a glorified lot, but Johnson confirms his status through a succession of relentless riffs. (Lee Zimmerman) The State Room, 638 S. State, 8 p.m., $33, 21+, thestateroompresents.com

MONDAY 1/6
Josaleigh Pollett, Night Marcher, Marny Proudfit
Josaleigh Pollett walks a very specific, yet vague, line. The Utah songwriter has been playing songs around Northern Utah for more than a decade, and with only one full-length under her belt (2017's Strangers), it seems she knows that dedication is the key to digging out the good stuff in one's art. Although her music fits easily into an indie-folk sound, the songs on Strangers stand out. The production is clean and easy, making room for her steady voice and guitar strums to take center stage. Melancholy lyrics about loss and defeat (very prevalent on "I Hope You Win") don't crush your soul when you listen, because of the evenness of her tone, calling to mind the likes of Madeline Kenney. The clarity of her voice balances the gloom indicated by the ripples of her simple, soulful guitar parts. At times, though, she whips out a scraggly, crying electric guitar—such as on "Dig"—that carries the same sort of Americana angst as any song by The War on Drugs. Her 2019 singles "Craigslistless" and "Crying Wolf" are even stronger than her past work—particularly the former track, which features piano and more of that Americana sound, moving her into romantic territory that also at times recalls indie from the new millennium. The bill for her upcoming show is stacked with the addition of her fellow local openers. The solo project that is Night Marcher combines all the best funk features of BadBadNotGood with the psychedelia of Deerhunter or Tame Impala. Marny Proudfit, a very busy local show-player, deals in dusty acoustic indie, and who—unlike Pollett—dives headlong into a sadness that still turns out sounding warm. (EM) Kilby Court, 741 S. Kilby Court, 7 p.m., $8, all ages, kilbycourt.com

Yonder Mountain String Band
There's something about a mountain muse and the way it connects with a freewheeling attitude. In the case of the Colorado-based combo Yonder Mountain String Band, it's manifest in their energy, enthusiasm and incorporation of bluegrass and jam band sensibilities that affirms their verve, variety and improvisation. That's one reason why the quintet can claim such a strong grassroots following, as well as a reputation as festival favorites. As bassist Ben Kaufman told this writer during an interview for Bluegrass Situation, "We can take an old song that we've been doing for 15 years and make it a jam vehicle. We'll try to have some space in there so that maybe the guys can always come up with something new." Banjo player Dave Johnston echoed those sentiments during that same discussion: "We always do different shows, so we can't have a polished set. Even our onstage patter is different. We never say the same thing between songs from one night to another." Needless to say, no two Yonder Mountain shows are quite alike. Spontaneity is a fundamental element making each performance unique and joyful. Granted, that feeling might have been hard to muster in the wake of co-founder Jeff Austin's departure in 2014 and his premature passing earlier this year. Today, however, they're still going strong. Indeed, throughout their 20-year career, Yonder Mountain String Band have never failed to scale new plateaus. (LZ) Park City Live, 427 Main, Park City, 7:30 p.m., $25–$40, parkcitylive.net