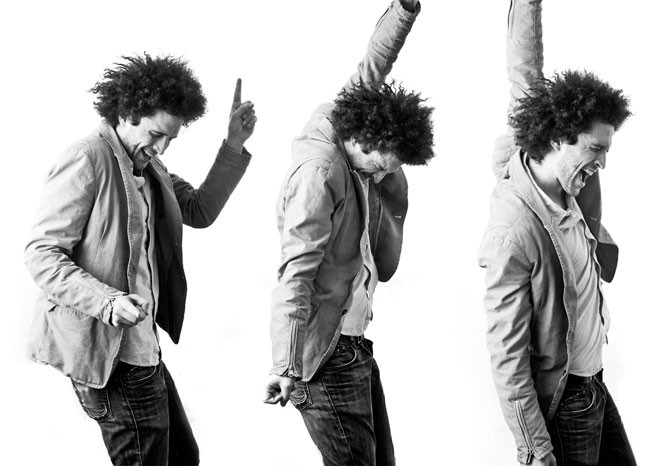 
The Afro-ed Andy Frasco didn't become acquainted with his instrument of choice, the piano, until he was 17, but as soon as he set his fingers to the keys, the world recognized that the two were simply meant for each other. Frasco's deft but playful piano-tickling is bluesy, jazzy and party-friendly, and his voice blends gravelly grit and soulful croon, all backed by his full band, The U.N. In the past year, they've been hitting the festival circuit hard here at home and overseas, all in support of their latest album, 2014's brassy and bold Half a Man, which continues Andy Frasco & the U.N.'s mission to have a blast with whatever they do, as well as inspire listeners to do the same. If you've had a hard week, you'll find some healing musical medicine at this show, where you can let loose and shake those hips to the U.N.'s big, sexy, in-your-face sound. After this two-night stint at The State Room, Andy Frasco & the U.N. are bringing the party to The Spur Bar & Grill on Sunday. (Kolbie Stonehocker) The State Room, 638 S. State, also Jan. 23, 8 p.m., $15, TheStateRoom.com; The Spur Bar & Grill, 352 Main, Park City, Jan. 25, 10 p.m., cover TBA, TheSpurBarAndGrill.com; limited no-fee tickets available at CityWeeklyStore.com 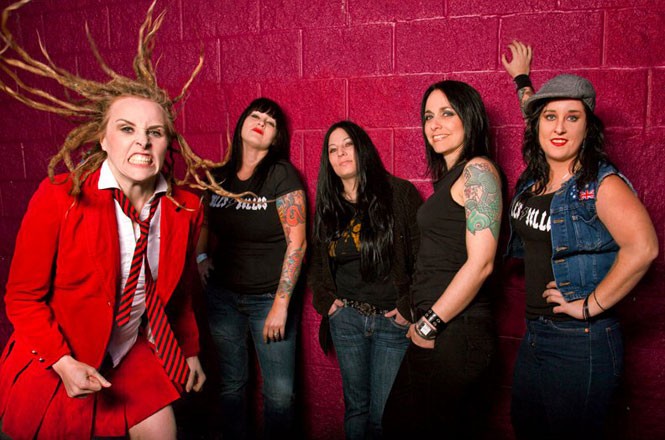 
With the head-banging, the black & red striped tie, running around the stage and trademark spinning on the floor, AC/DC lead guitarist Angus Young has an instantlyrecognizable stage presence that—no, wait, that's Adrian Conner, the dreadlocked guitarist for all-female AC/DC tribute band Hell's Belles. With a getup complete with schoolgirl skirt (instead of shorts) and red blazer (or just a black bra), as well as the uncanny ability to imitate Young's guitar style with precision, Conner not only looks the part but also sounds almost exactly the part. Formed in 2000 in Seattle, Hell's Belles—led by Australian vocalist Amber Saxon—put on a live show that pays homage to the titan hard-rock band while showcasing their own legitimate high-energy chops. They're so convincing, in fact, that Young approves: "The best AC/DC cover I've heard? There was an all-girl band in America, Hell's Belles" (Blender, 2003). Hell's Belles are bringing the power to Salt Lake City with two shows this time around, and local rock outfit Thunderfist will open both of 'em. (Kolbie Stonehocker) The Urban Lounge, 241 S. 500 East, also Jan. 24, 9 p.m., $18 in advance, $20 day of show, TheUrbanLoungeSLC.com; limited no-fee tickets available at CityWeeklyStore.com


You may be thinking, "Wait, what? I thought Bat Manors' latest album came out during the summer?" If so, you're partially right; the Provo chamber-pop band did self-release their excellent full-length Literally Weird in June. But since then, Bat Manors have signed on with label Bleed 101 to give the album an official release Jan. 27, and tonight, they're celebrating Literally Weird's "re-release" as well as their label debut. So, if you missed the first album-release show, now's your chance to head out and experience the beautiful music of Literally Weird live. This show will also welcome back a couple local acts we haven't seen in a while: electro-pop duo Mideau; and Coastal, a band that formed in 1999 but hasn't played a show together in about a decade. (Kolbie Stonehocker) Velour, 135 N. University Ave., Provo, 8:30 p.m., $8, VelourLive.com


If you haven't heard Was Dead, the 2008 official debut by nasal-voiced Vermont native Kyle Thomas, aka King Tuff, you're sleeping on a must-hear classic. Something in its ooey-gooey psych-rock weirdness sticks with you long after the first listen, and everything about its dank, gritty feel—parts of it were recorded in a makeshift basement bomb shelter, after all—is just fun. After you pick up Was Dead (the original vinyl and cassette used to be crazy collectable, so pretend you can't stream it on Spotify), you'll have some context for King Tuff's latest venture, Black Moon Spell, released in September. The spooky, witchy album has got a lot more snap, reverb, fuzz and attack than Was Dead, and proves that King Tuff is deserving of the "prodigy" label that frequently gets applied to him. But perhaps more importantly, it shows that six years later, King Tuff is still as diabolical as ever. Breakers and Rich Girls will also perform. (Kolbie Stonehocker) Kilby Court, 741 S. Kilby Court (330 West), 8 p.m., $10 in advance, $12 day of show, KilbyCourt.com; limited no-fee tickets available at CityWeeklyStore.com 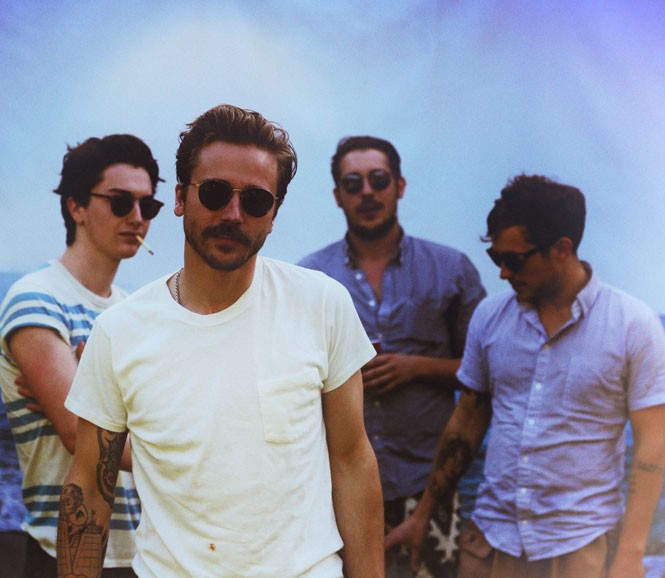 
It has been a while since the release of Evil Friends, the energetic, wry 2013 album from Alaskan indie-rock band Portugal. The Man. But fans probably won't have too long of a wait until the release of new material, since the band has been in the studio working on their upcoming eighth album—with help from producer Mike D of the Beastie Boys. In the meantime, check out their psychedelic, very limited-release single "Endangered Song" (which they only released 400 copiesof, as a metaphor for the endangered Sumatran tiger), or the slow-burning, ominous single "Heavy Games," which was featured on The Walking Dead. Both have the '70s groove and harmony-rich vocals the band does so well. Cross your fingers at this show for a surprise Portugal. The Man has slipped into some recent performances: a cover of "Dayman," the song Charlie and Dennis wrote in It's Always Sunny in Philadelphia. Tonight's show is part of Park City Live's Winterfest, a mini-fest happening until Jan. 31 that features big names like Skrillex, Lindsey Stirling and more. (Tiffany Frandsen) Park City Live, 427 Main, Park City, 9 p.m., $35 general admission, $75 VIP, ParkCityLive.net