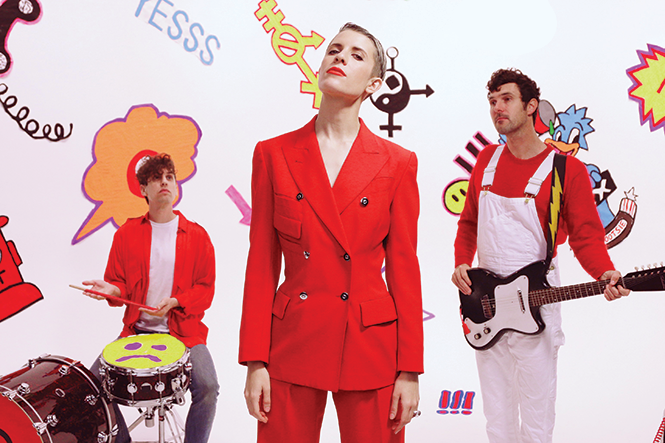 FRIDAY 1/24
YACHT
Encapsulating the creative context of an otherwise-straightforward dance-punk band like YACHT isn't easy. Originally founded in the early 2000s by Jona Bechtolt and Claire L. Evans under the banner Young Americans Challenging High Technology, their subversive blend of paranoid narratives and futuristic glitch-pop felt right at home in the high idealist age of social media. Early albums like See Mystery Lights (2009) and Shangri-La (2011) espoused a utopian vision of laser beams and elastic grooves entwining to elevate humanity, while 2015's I Thought the Future Would Be Cooler wrapped synth-driven dance jams in wicked commentary on life inside our smartphone bubble. YACHT's website faxed fans copies of the album's artwork, while their lead music video played only when Uber instituted price surges in Los Angeles. For 2019's Chain Tripping, Bechtolt and Evans went even further, feeding MIDI notations from all 82 songs in their back catalog into an AI-driven machine-learning app to produce digitally reconstituted melodies. "We may be a very techy band, but none of us are coders," Evans told Ars Technica in August 2019. "We tend to approach stuff from the outside looking in and try to figure out how to manipulate and bend tools to our strange specific purposes. ... We wanted to use [AI] to make YACHT music we identify with and we feel comes from us." Using NSynth, a release from Google's AI-focused Magenta team, YACHT successfully married engineering and experimentalism to make something weirdly enchanting—see the spluttering beat behind Chain Tripping's standout track, "Blue on Blue." "It sounds wonky, reedy and kind of shitty," Evans told Ars Technica, "but in a way that speaks to us as lo-fi, DIY artists." (Nick McGregor) The Urban Lounge, 241 S. 500 East, 9 p.m., $15 presale; $18 day of show, 21+, theurbanloungeslc.com 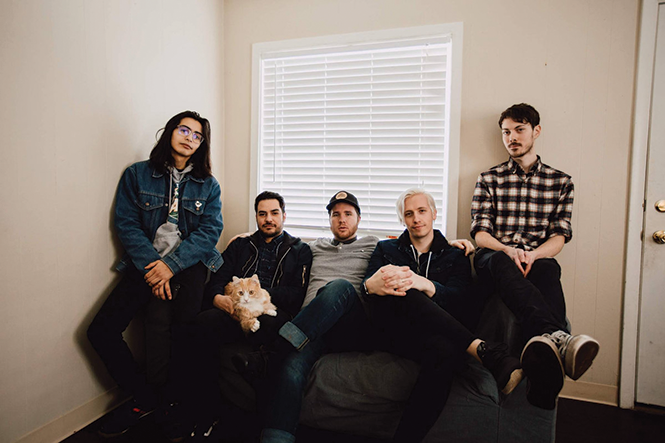 Brainflakes, Sunsleeper, Breaux, Crowflower
Back from tour and touting their new album, You Can Miss Something & Not Want it Back, Sunsleeper is still killing it, and Salt Lakers should be proud to call them local. Since Sunsleeper's July 2019 release, the album's staying power as emo-alternative music has started to prove itself. When the band was featured in Alternative Press in 2017, it was a good indication that this sort of success would be the case, but back then, they only had their EP Stay the Same to boast. The rest of the lineup follows in a varied vein from all around the area—while Ogden's own Crowflower brings an alternative punk style, the Provo-based Brainflakes bring punk tinged with a little bit of emo, and the SLC-based group Breaux maintains an allegiance to "dixie" with their dark Southern metal. The three-piece Crowflower has only been playing shows since last March, so while they—and the similarly new Brainflakes—have got much more to prove (neither band has released any recorded music as of yet), the live shows they've posted to their YouTube are a promising sign of what's to come. Meanwhile, expect Breaux to measure up to the established sound of Sunsleeper—having formed in 2006, the group has been churning out their style of fun, party-oriented spin on metal for quite some time. Among these bands, you can expect a platter of flavor. (Parker S. Mortensen) Funk 'n' Dive Bar, 2550 Washington Blvd., Ogden, 8 p.m., $5, 21+, facebook.com/funkndive 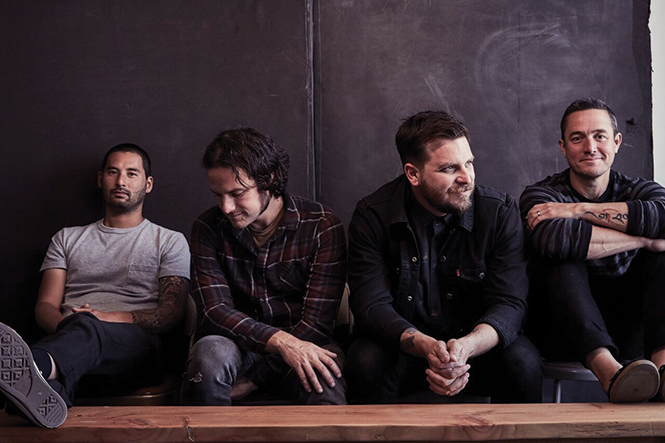 MONDAY 1/27
Thrice, MewithoutYou, Drug Church, Holy Fawn
After introducing their latest release, Palms, in 2018, Thrice hit the road to celebrate the 15th anniversary of their fourth studio release, Vheissu, with some killer supporting acts. Ever since 1998, Thrice have been carving their names into the building blocks of alternative music. Finding their footing when founding members Dustin Kensrue and Teppei Teranishi were in high school, Thrice eventually morphed into themselves, and nailed their signature sound with the 2002 release, The Illusion of Safety. They later cemented that sound with 2003's masterpiece, The Artist in the Ambulance, which catapulted them into the mainstream. They captivated listeners with Vheissu, and have continued to deliver their thoughtful and interesting take on rock for years. Supporting act MewithoutYou is a must-see live. Following a similar timeline to that of Thrice, MewithoutYou started out in the late '90s, and while they've taken many forms over the years, their evergreen experimental-rock foundation, poetic lyrics and multifaceted soundscapes never fail to sound sweet. While their lyrics explore religious themes, and pull different threads from the sweaters of post-hardcore, indie rock and emo, their theatrical nature offers a charming amalgamation of the bunch that brings a dreamy quirkiness to the "rock" table. (Zaina Abujebarah) Union Event Center, 235 N. 500 West, 6:30 p.m., $25, all ages, theunioneventcenter.com

TUESDAY 1/28
The Used, Dragged Under
Awakening the MySpace-stricken, swoopy-haircut clad teen so many of us had suppressed deep inside since the mid-to-late aughts, The Used is ready to embark on another—almost completely sold-out—tour. Last year, the band released a new song, "Blow Me," after fans clamored for a chance to see them on tour again, and to once more scream the lyrics to the classic track "Buried Myself Alive" in frontman Bert McCracken's face. Formed in 2001 in Orem, they quickly rose to fame, signing to Rise Records and recording their iconic self-titled album in 2002. Not only is this album still an absolute emo staple, but it's still thriving in my top-played playlists. They followed it up with In Love and Death in 2004, then topped off their angsty but irrevocably catchy release-streak with 2007's Lies for the Liars. Subsequently, they moved toward a new sound, adopting poppier vocal patterns, and a more alternative-radio angle. While they evolved their sound out of 2004, they still manage to stick to their raw, edgy roots. It's no surprise, though, that their most-played songs on Spotify come from their first two albums, as they are essential to the high school kids who wore black nail polish, and still remember every word to "The Taste of Ink." (ZA) Metro Music Hall, 615 W. 100 South, 8 p.m., sold out at press time, 21+, metromusichall.com 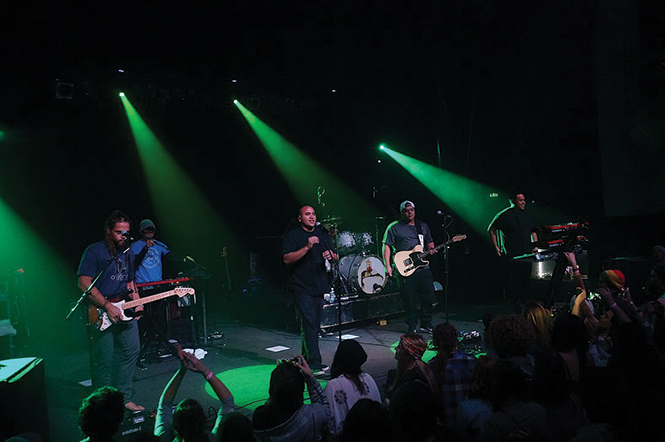 WEDNESDAY 1/29
The Green, Ka'ikena Scanlan
Reggae fans rejoice as The Green and Ka'ikena Scanlan grace Soundwell—each hailing from Hawaii but with distinct, complementary sounds. The Green formed in Oahu in 2009 and quickly gained recognition, making it onto iTunes' 2010 Best Reggae Albums, as well as collecting four Na Hoku Hanohano awards—which translates to "Stars of Distinction." In other words, it's the awards show in Hawaii, comparable to the Grammys. As their discography has grown since their self-titled debut in 2010, the sound has become more playful, though with the solid but familiar reggae patterns you might expect. The Green's 2019 album Black & White gives the group more room to sing and focus vocals, and some tracks feel the touch of pop-star-esque solos. Their track "Chocolate & Roses" is a fantastic jazz-reggae fusion, a love song lullaby. Ka'ikena Scanlan, also from Oahu, is a language professor and ethnobotanist at the University of Hawaii-Hilo. His style is distinct from The Green's in bringing Hawaiian culture to the forefront. "I definitely try and influence my set with Hawaiian language," Scanlan told Hawaii News Now in a 2019 profile piece. "There's a lot of songs that we have strictly in Hawaiian language and English verse. But then there's also times in between the set where I'm speaking Hawaiian, and I actually feel more comfortable expressing my thoughts through Hawaiian language." Songs like "He Kanaka" are a perfect example of this blend, which favor Hawaiian but sprinkle in occasional English. Don't miss this chance to hear sounds from way off in the Pacific. (PSM) Soundwell, 149 W. 200 South, 7 p.m., $25-$30, 21+, soundwellslc.com