THURSDAY 1.26
The Album Leaf, New Shack
You could call the music Jimmy LaVelle makes as The Album Leaf a few different things: electronic, ambient, post-rock, post-1980s-soundtrack-era Tangerine Dream and probably several other things. What it is, really, is aural medicine. Put those cushy-canned headphones on your melon, press your play button, sit back. Now close your eyes, think of your inner eyelids as screens and let your imagination project images onto them. Better yet, do it in the wee hours, like I'm doing right now. I could easily fall asleep, but the songs on TAF's sixth full-length, Between Waves (on heavy metal label Relapse—weird), meander with destination and purpose sufficient to hold your attention while oddly leaving you rested. Maybe it's ambient Ambien. Maybe it's non-drowsy NyQuil. It's definitely something you'll play repeatedly, just for the peace that somehow eludes you in the daylight hours. Opening act New Shack, out of Provo, achieves a similar effect with their dreamy electro-pop and Catherine Leavy's bewitching, ethereal lullaby vox. Their latest album is called Eingang, and you need it. The Urban Lounge, 241 S. 500 East, 8 p.m., $16 in advance, $18 day of show, 21+, theurbanloungeslc.com

FRIDAY 1.27
Shooter Jennings, Jordan Matthew Young
You're all familiar enough with Shooter Jennings by now, aren't ya? How he's the scion of Waylon Jennings—literally Waylon Jr. And how he proved early on that he's every bit as good a storyteller and tunesmith as his pappy, with his one-and-done rock band Stargunn in 2001, then with his awesomely titled Put the "O" Back in Country (Lost Highway) in 2005. So let's give some to our local boy opener, Jordan Matthew Young. That's the name he'll be going by when his band Candy's River House returns in April after a short tour of Colorado and Texas in February, then a 30-day jaunt through Denmark and the Netherlands in March. "Once we get back from Europe, everything will be Jordan Matthew Young," he says. "No more Candy's." Don't get bummed out, now—the name change is for "business purposes and many other reasons," and it's not an end to all those great blues-rooted rock 'n' roll songs. Young's just cranking out more goodness, with an eye on a new EP this spring featuring the tracks "Mona," "Underpaid & Overused" and "Roll On." Young says he'll play "a ton of new stuff" during this Park City set where he'll be accompanied by Candy's River House bass player Nathan Simpson on upright bass. That's so Young can show off his other talent: wringing true notes from all kinds of guitars from fine acoustics and electrics to raw, ostensibly ramshackle Diddley-Bo's. The Cabin, 825 Main, Park City, 10 p.m., $35, 21+, thecabinparkcity.com

AFI, Chain Gang of 1974, Souvenirs
AFI's new self-titled album—alternatively called The Blood Album (Concord)—is the stiff epinephrine shot the world needed in the wake of the severe allergic reaction that was 2016. By subtly melding the darkness and artisanal style that pervaded 2013's Burials (Republic) with the energy and mettle of 1997's Shut Your Mouth and Open Your Eyes (Nitro), The Blood Album sees AFI at their most elemental; certainly the co-production by guitarist Jade Puget and Matt Hyde of Deftones' Gore (Reprise) contributes to the meticulously crafted sound. The Blood Tour brings AFI to Utah for the first time since 2009's Crash Love Tour, so it should come as no surprise that this show is sold out. Chain Gang of 1974—an inventive venture of DJ and multi-instrumentalist Katmin Mohanger—provides a dynamic mixture of vocal roughage and polished electronica, while Souvenirs brings their unique currency of melancholia and melodicism. (Zac Smith) The Depot, 400 W. South Temple, 7 p.m., sold out, depotslc.com

Malice, Truce in Blood, Materiam
If you're old enough to recall the Metal Massacre compilations that Metal Blade Records put out in the '80s, you're probably totally stoked that Malice is coming to town. The Portland band has the distinction of being on the first volume of the series, along with other then-unknown bands like Ratt and Metallica. Future editions introduced the world to Slayer, Voivod and The Obsessed, so Malice is in great company—even if they never achieved the same success. They still did the Judas Priest biker metal thing with panache, adding Viking references for originality. Although it appears that Beavis and/or Butt-Head is their webmaster, there is truly something beautiful in their website's imperfection: the bad band photos, multicolored text, lack of updates and gratuitous shots of "Valkyries" and women in Malice T-shirts and butt-floss—some of whom are fans, some of whom appear to be "models." You gotta love how Malice is flying the metal flag like that, going out on tour and doing their thing, donning leathers, hoisting claymores over their heads, caterwauling into a mic, whipping their hair around and rocking back and forth in tandem—and sounding great, more than 30 years after they debuted. Never give up on what makes you happy. Club X, 445 S. 400 West, 8 p.m., $5 in advance/$10 day of show, 21+, clubxslc.com 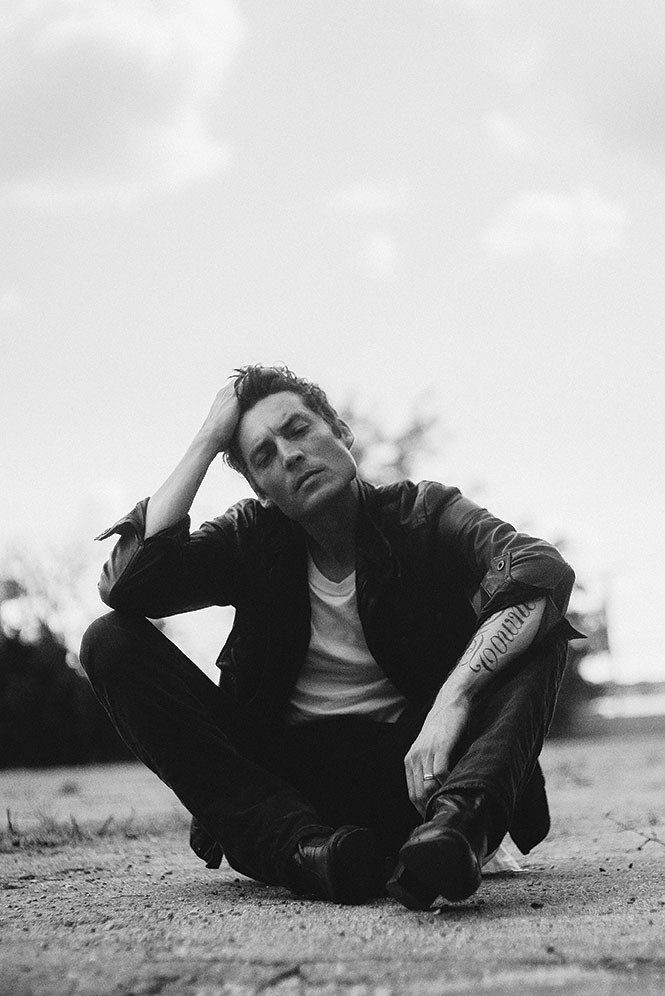 Dan Layus, Ryan Beaver
This isn't Augustana frontguy Dan Layus going solo. The band still exists; he's just the only remaining member, so why not shift to performing and recording under his own name? Well, he's also gravitated toward more of a country sound on Dangerous Things, his first release since Augustana's Life Imitating Life (Washington Square, 2014). Stripped of the band's pop leanings, Layus' songs are dusty, heartworn and nearly unrecognizable as him—except for the way he paints pictures with words. Only this time, his palette is rich but seemingly only conjures black-and-white and sepia-tone images. Huh. Nashville country artist and BMI songsmith Ryan Beaver opens. (Randy Harward) The State Room, 638 S. State, 9 p.m., $22, 21+, thestateroomslc.com

SATURDAY 1.28
Talib Kweli, Styles P, K'Valentine
How cool is Talib Kweli? Rather than have his publicist try to get him press on his tour, the esteemed rapper and activist is apparently having them push opening act K'Valentine, a young hip-hop artist signed to his Javotti Media label. Sure, Kweli has a vested financial interest in the Chicago-born rapper's success, but she has the goods. Dig, if you will, the picture of sublime conscious flow with bite, paired with a commercial and aesthetic appeal lacking in dead-eyed mainstream eye candy/ear poison. Go to YouTube and check out her track "That's Real (feat. BJ the Chicago Kid)" and lose yourself in the soft-focus images and sun flares that go with her bars of laser-sighted rhymes. "That's Real" is no empty, obligatory hip-hop boast. Of course, let's not lose sight of the fact that Talib Kweli is the headliner, and he's one-half—along with Mos Def—of Black Star, whose stellar 1998 album Mos Def & Talib Kweli Are Black Star (Rawkus/EMI), is sadly their only one. Fortunately, both guys have lengthy discographies of their own, packed with conscious, Afrocentric hip-hop jams as ripe for analysis as they are in atmosphere. Styles P being of the gangsta/bling department of hip-hop, seems an odd inclusion, but you can trust that Kweli's picker ain't broken. Metro Music Hall, 615 W. 100 South, 8 p.m., $25, 21+, metromusichall.com