It's been a few years since Connecticut indie-rock/pop duo Mates of State released their latest full-length album, 2011's Mountaintops, but fans who are hungry for more happy, shiny Mates of State pop goodness need only get themselves to this show. During their winter West Coast tour, husband & wife Kori Gardner (keys/vocals) and Jason Hammel (drums/vocals) have been rolling out lots of brand-new danceable tunes. But if that's not enough, check out Mates of State's hilarious music video for "Song of the Fall: (I'mma) Light Sweater," which they collaborated on with Brooklyn comedy show Late Night Basement and released in October. Fictionist, Scenic Byway and Eidola are also on the bill at the Metro Bar show. On Friday, Mates of State will perform at the grand-opening party for Hot Potato—a new Provo restaurant that specializes in fancy french fries and dipping sauces—with Isaac Russell and The Grey Sound Connection. (Kolbie Stonehocker) Metro Bar, 615 W. 100 South, 9 p.m., $12 in advance, $15 day of show, Facebook.com/MetroBarSLC; also Jan. 30, Hot Potato, 180 N. University Ave., Provo, 7 p.m., free, Facebook.com/HotPotatoProvo


If you're a fan of classic outlaw artists like Johnny Cash, Waylon Jennings and Merle Haggard, or even more modern country artistslike Sturgill Simpson, honky-tonk quartet Whitey Morgan & the 78's will be right up your alley. Hailing from the hard-luck city of Flint, Mich., Whitey Morgan & the 78's play a style of hard-edged honky-tonk music that's filled with twangy guitar, smoke-cured vocals, and lyrics about heartache and blue-collar pride, as heard on the band's 2010 self-titled album. But to be truly immersed in the live Whitey Morgan & the 78's experience (you know, besides attending this show), check out Born, Raised & Live From Flint—released in December—a rough and raw collection of songs recorded in their hometown. Joe Fletcher is also on the bill. (Kolbie Stonehocker) The State Room, 638 S. State, 9 p.m., $15, TheStateRoom.com; limited no-fee tickets available at CityWeeklyStore.com 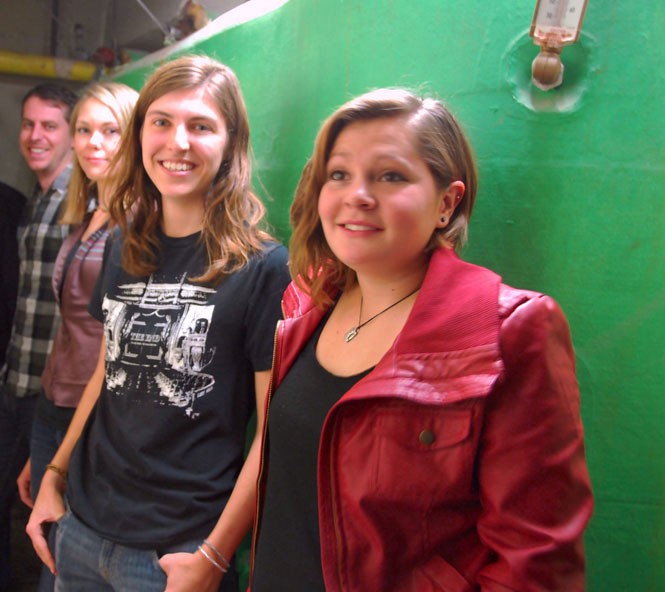 
Ever since local musicians Kayley Glauser, Tiffani Barney, Elise Tanner and Mike Barney came together more than a year ago to form Americana/rock band Johanna Johanna, they've been working toward the singular goal of creating their first official record. Now, all the band's hard work is coming to fruition in the form of an eight-song self-titled album that's being released at tonight's show. Featuring stylistic elements influenced by artists like Jenny Lewis and The Avett Brothers, Johanna Johanna includes electrified versions of songs from the band's Acoustic EP, released in 2013, as well as new songs like the emotion-filled but rockin' "Back to You" and the sweetly heartfelt "Suitcase." By the way, the band emphasizes that this is a party—complete with cake, hotdogs and (nonalcoholic) drinks—so arrive ready to get down and celebrate. Shot in the Mountains, Foreign Figures and Cory Mon will also perform. (Kolbie Stonehocker) Kilby Court, 741 S. Kilby Court (330 West), 8 p.m., $6, KilbyCourt.com 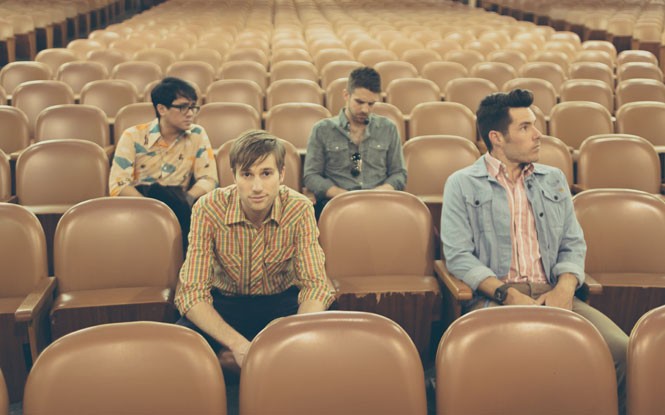 Saint Motel, The Moth & the Flame


It's not a coincidence that the music video for "My Type"—the latest single from Saint Motel, off their summer 2014 EP, My Type—has all the tightly composed angles and eye-catching details of a film. After all, founding band members A.J. Jackson and Aaron Sharp met when they were in film school together. And all that gorgeous retro-influenced eye candy is the icing on top of Saint Motel's bouncy, utterly danceable indie-pop, which features colorful, tropical horns and some of the hookiest hooks that have ever hooked—good luck getting "My Type" out of your head, by the way. And the rest of My Type progresses in a similarly pleasing way; songs like "Ace in the Hole" and the twinkly piano jammer "Cold Cold Man" will transport you to a poolside chair in a sunny place. The Moth & the Flame are also on the bill. (Kolbie Stonehocker) Kilby Court, 741 S. Kilby Court (330 West), 8 p.m., $10, KilbyCourt.com;limited no-fee tickets available at CityWeeklyStore.com