FRIDAY 1/4
Mindy Dillard, Bob Bland, Utah Slim, Buzzard Whiskey
Credit the nonprofit volunteers of the Intermountain Acoustic Music Association—otherwise known as IAMA—with tirelessly promoting local music of a freewheeling folk variety. Their first Friday evening program of 2019 features four artists and ensembles that represent the remarkable talent and diversity Utah has to share. The bill includes Mindy Dillard, a self-described "musical alchemist" and storyteller from the Wasatch Mountains whose performances on clawhammer banjo and rhythm guitar have garnered comparisons to Tori Amos and Joni Mitchell. Up next is Bob Bland, a master of fingerstyle guitar, who offers original instrumentals, satiric songs and music with a message, all ably represented on his debut CD, Storm on the Mountain. Naturally, Utah Slim makes a fine fit, given that his musical muse was spawned from local environs along the Colorado Plateau. An award-winning songwriter, he'll likely perform songs from his new album Water Wheel, a mostly live recording featuring nothing but vocals and guitar. Finally, Buzzard Whiskey, a sextet founded five years ago by members of the hosting South Valley Unitarian Universalist Society, will offer their own array of intoxicating original songs. Be assured, these fine folkies know how to have fun. (Lee Zimmerman) South Valley Unitarian Universalist Society, 6876 S. Highland Drive, Cottonwood Heights, 7:30 pm, $7 for IAMA members; $12 for non-members, all ages, iamaweb.org

SATURDAY 1/5
Dallas Wayde, Anxxiety, Adalaide, &rew
Tattooed, talented and tortured is the aesthetic 21-year-old Dallas Wayde portrays in his pop music. His album So Young & So Damaged debuted in early 2018, attracting a formidable fan base in his hometown of Salt Lake City. While all artists struggle, Wayde uses his platform to advocate for issues such as depression and equality in today's youth, transmitting these messages with emotional power. His struggle shows in his powerful yet playful song lyrics, which plenty of locals clearly relate to—this show was sold out several weeks in advance. Wayde began his musical career by winning a singing competition in his youth, then moved on to work with prominent producers Jonas Jeberg and Marlin "Hookman" Bonds. He took a step back from the music world after being diagnosed with borderline personality disorder, working on self-growth while finding his identity. During this time, Wayde wrote So Young & So Damaged, putting surprising heart into his art and opening up a fresh new chapter as a person and a musician. Anxxiety, one of the three openers for Wayde, describes itself as "happy-sad music," but that mix of emotions fits seamlessly here. Adalaide, another opener, has been compared to Halsey and Lorde and will haunt you with her vocals. &rew will also make an appearance with his unique vocals. These four artists kick off 2019 with a heavy-hearted, honest and open bang. (Kara Rhodes) Kilby Court, 741 S. Kilby Court, 7 p.m., sold out as of press time, all ages, kilbycourt.com

Dokken, Lita Ford
In the minds of many metal fans, it's a minor miracle that Dokken even still exists. Staples of the glam-influenced late-'70s rock scene on Hollywood's Sunset Strip, lead vocalist Don Dokken and drummer Mick Brown cycled through so many guitarists and bassists in the first years of the band it requires a diagram to keep track of them. Early success didn't come easy, either; various versions of Dokken traveled back and forth from Germany between 1979 and 1982 looking for a record label, a manager and studio space. But once Tooth and Nail was released in 1984, the band hit it big with fans hungry for outlandish heavy metal. The first big split occurred in 1989, when Don Dokken and lead guitarist George Lynch could no longer coexist; after reuniting in 1993, the same drama split the band again in 1997. All along (and with several other replacement players), Dokken maintained its status as veterans of the arena rock community, regularly opening for Scorpions, Whitesnake, Poison, Metallica and other '80s stalwarts. In 2016, Don Dokken, Mick Brown, George Lynch and longtime bassist Jeff Pilson reunited for several shows in Japan, a new live album and a one-off single, "It's Just Another Day," which seemed to finally put water under the bridge. We'll see what Dokken has up its sleeve in 2019; opening is fellow '80s rock legend Lita Ford, who played guitar in revolutionary female rock group The Runaways before taking most of the '90s and 2000s off. (Nick McGregor) The Depot, 13 N. 400 West, 7 p.m., $35 presale; $40 day of show, depotslc.com 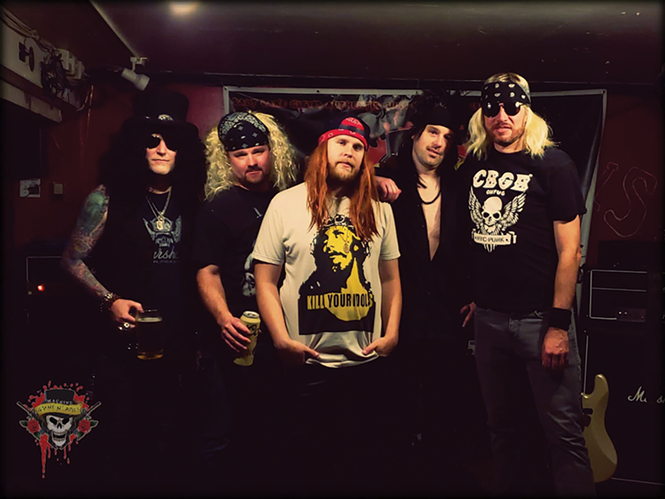 MONDAY 1/7
Sinfonia Spotlight with Salty Cricket Composers Collective
They call it "crunchy, savory new music to assimilate your auditory palate." That's a clever way to describe the mission of the Salty Cricket Composers Collective, an organization dedicated to bringing classical music to young audiences—specifically by sharing works that originate within a contemporary context. Twin initiatives target school children of all ages, beginning in kindergarten and continuing through the senior year of high school. The program utilizes what's known as the El Sistema platform, a teaching method that eschews private classes in favor of ensemble instruction. The collective also fosters groups of young musicians that perform the works of current classical composers who call Utah home and draw on our Western environs for inspiration. The company presents three to four concerts annually, each with a different musician. In celebration of its 10th anniversary, the Salty Cricket Composers Collective presents four original works in one evening on Jan. 7, all under the direction of conductor Conner Covington: Postcards from Wyoming by Stacy Garrop, Topaz for Koto and Chamber Orchestra by Mary Lou Prince, Cloudseeding 6 for Bass and Chamber Orchestra by Devin Maxwell, and Gone Playin' from Henry Wolking. The lesson is simple: Classical music needn't be serious or stodgy. (LZ) First United Methodist Church, 203 S. 200 East, 7:30 p.m., $20; $10 for students and seniors, sinfoniasaltlake.com 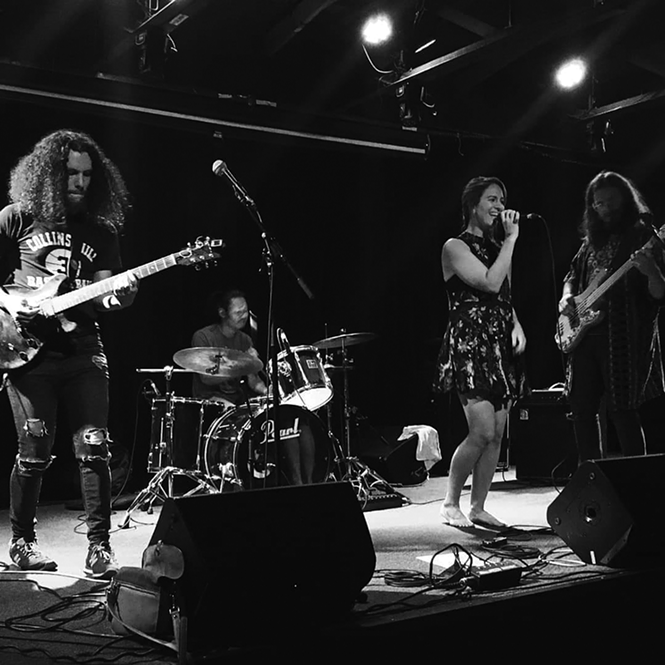 TUESDAY 1/8
Spo, The Terry Burden Project, Sarah Little Drum, Rose Colored Roots
Dave Crespo is a regular indie music Renaissance man. (Yes, it's DAve with a capital A. No, we don't know why.) The frontman of Salt Lake City band Spo (as in Crespo—get it?) got his start in the Boston music scene a decade ago, booking small indie bands in "bars that had no business having live music," as he puts it. Then he started a record label and a radio show to promote those bands. The final step? Creating his own band. DAve Crespo's After Party was a 35-member supergroup, but in 2015, Crespo dissolved that band to create Spo, the group's current incarnation. If there's one word to describe what Spo does, it's "autobiographical," but "self-promotional" is probably not far behind. The band's first album, Pulp Punk, draws from Crespo and company's artistic forays, literally taking the form of a 45-minute radio show, DJ banter and all. "We will shred your head but we will not talk to you," a band member promises in a spoken-word interlude—but there's a hell of a lot of talking. It's weird, sometimes grating, always self-concerned, occasionally spoken-word punk rock that gives off a Red Hot Chili Peppers vibe. "There should be more people out there that put their dick on the line for something they love!" Crespo proclaims midway through Pulp Punk. Head out to The Urban Lounge to experience the band doing just that, with support from local indie artists The Terry Burden Project, Sarah Little Drum and Rose Colored Roots. It'll be an eclectic evening, we promise. (Naomi Clegg) The Urban Lounge, 241 S. 500 East, 8 p.m., $5, 21+, theurbanloungeslc.com