If you haven't heard of Flannel Graph, this winning duo from Kalispell, Mo., is a band that absolutely needs to be on your radar. Made up of singer-songwriter/multi-instrumentalist Shayla (Flannel) Smith and backing vocalist/multi-instrumentalist Leon (Graph) Gregory, Flannel Graph create affecting, captivating but delicately minimal music that will make you pause and pay attention, for more than a few reasons. The sound itself is beautiful—a warm combination of guitar and a variety of acoustic instruments—but what really makes Flannel Graph so compelling is the mind and clear-as-a-bell voice of Smith. As heard on the band's sophomore release, Ribs of Adam—released in September—her poignant lyrics have a way of piercing the heart, such as the line "When I lived without you/ I didn't know the life I was missin'." Also on the bill are singer-songwriter Jay William Henderson and indie-rock/electronic band Strange Family. (Kolbie Stonehocker) Velour, 135 N. University Ave., Provo, 8:30 p.m., $8, VelourLive.com 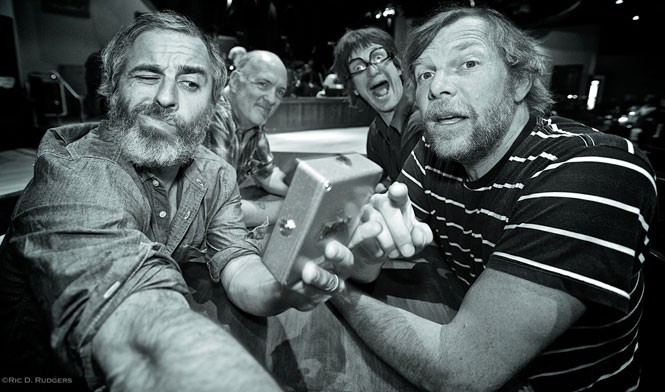 
As a band that's been making music since 1991, The Mother Hips have such a vast catalog that it was inevitable that some of the material wouldn't make it to an album right away. But lucky for fans of the San Francisco psych-rock band—founded by vocalists/guitarists Tim Bluhm and Greg Loiacono—The Mother Hips decided to pull back the curtain of time on some of their older, previously unreleased material. After discovering a stack of dusty tapes in a basement, they sifted through the songs—written during a particularly prolific creative period in the mid-'90s—and selected 11 tracks to include on a new/old album, Chronicle Man, released in summer 2014. The album spans breezy pop-rock ("Desert Song") and hazy, guitar-heavy '70s rock ("El Pancho Villa"), all components of a signature style that The Mother Hips term "California soul." (Kolbie Stonehocker) O.P. Rockwell, 268 S. Main, Park City, 9 p.m., $20 general, $27 reserved, OPRockwell.com; also Jan. 10, The State Room, 638 S. State, 9 p.m., $21, TheStateRoom.com; limited no-fee tickets available at CityWeeklyStore.com 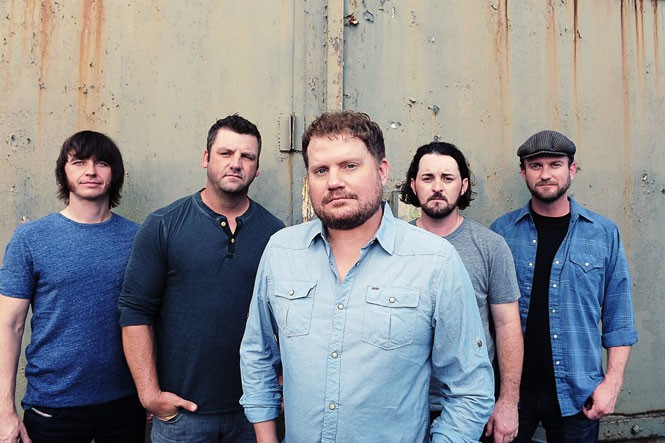 
The Randy Rogers Band is just five good ol' boys from Texas playing classic country and having fun, and that's especially apparent on the band's latest release, a live album/DVD titled Homemade Tamales, recorded during a two-night appearance at Floore's Country Store and released in 2014. The recording captures the immediacy and rowdiness of a Randy Rogers Band, and features plenty of gritty vocals, soaring country-style guitar lines and audience singalongs. And they take that archetypal country sound and blend it with a hefty dose of rock, for a show that will get you stompin' your boots. Also on the bill is fellow country musician Stoney LaRue. (Nathan Turner) The Depot, 400 W. South Temple, 8 p.m., $15, DepotSLC.com


The Norwegian pop duo of Nico Sereba and Vincent Dery, aka Nico & Vinz, seem like they were destined for international popularity. Since coming together about five years ago, Nico & Vinz have been winning over audiences and listeners with their smooth-as-butter vocal harmonies, feel-good lyrics and soulful delivery, as well as eye-catching, narrative-rich music videos—such as the video for their mega-hit "Am I Wrong," which has been viewed more than 100 million times on YouTube. The song is from Nico & Vinz's debut album, Black Star Elephant—released in fall 2014—which is inspired by the duo's West African and Norwegian roots, as well as their mission to spread good vibes wherever they go. "We sing about things we've been going through and about finding ourselves," Dery says in their online bio. "To us, it's important to have a message, and the goal for us is to inspire people to find happiness." (Kolbie Stonehocker) UCCU Center, 800 W. Parkway Ave., Orem, 7:30 p.m., $20-$30, UCCUCenter.com 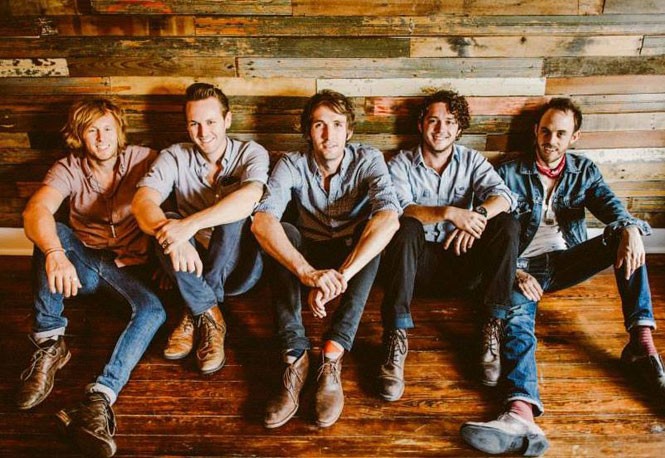 
It's been more than a year since Fort Worth, Texas-based band Green River Ordinance released their EP Chasing Down the Wind, a homey, wistful and toe-tapping blend of folksy rock and twangy country. But in the meantime, the five-piece released The Collection, a record that spans 14 years of Green River Ordinance history and features live and stripped-down version of fan favorites like "Dancing Shoes" and "It Ain't Love," minus any frills and editing. Fresh and intimate, The Collection encapsulates everything that makes up a Green River Ordinance live show, as well as showcases their music in its purest form, allowing the mandolin, guitar, banjo and clear lead vocals to shine through. Fans don't have too long of a wait for new original material, though; Green River Ordinance is currently in the studio working on their third full-length, set for release in the fall. (Kolbie Stonehocker) Eccles Center for the Performing Arts, 1750 Kearns Blvd., Park City, 7:30 p.m., $20-$69, EcclesCenter.org


Influential Romanian visual artist Paul Hitter, credited with co-founding the Balkan expressionism art movement, uses vibrant colors and patterns to create his paintings of cultural icons like Tom Waits, John Lennon and Frida Kahlo. Fittingly, his art has been featured on album covers for bands including national gypsy-punk band Gogol Bordello as well as Salt Lake City's own gypsy-punk collective Juana Ghani. Hitter usually likes to forgo showing his art in traditional galleries and instead display it at live concerts, for events that combine music with artistic expression. Tonight, he'll bring some of his work to Bar Deluxe, where Juana Ghani and folk-rock band Folk Hogan will perform, echoing elements of the Balkan culture that influences Hitter's paintings. A collectable limited-edition Hitter poster titled "Crazy Kid" will be available for purchase at the show, and the proceeds from its sale will go to a foundation that helps Roma children receive an education. (Kolbie Stonehocker) Bar Deluxe, 666 S. State, 9 p.m., $7, BarDeluxeSLC.com


It might be freezing outside, but at tonight's show, more than 30 local musicians will be heating up Bar Deluxe at the super jam Sam Slam 4, hosted by local rock & roll act Samuel Smith Band. At this local-music extravaganza, a stellar lineup of local singer-songwriters and lead vocalists will bring their respective styles and talents to the stage, for a night that should be full of surprises. The bill will include Rick Gerber, Ransom Wydner (King Niko, Zodiac Empire), Neil Middleton (Royal Bliss), Tony Holiday, Talia Keys (Lady Legs, Marinade), Nik G, Michelle Moonshine, Camden Chamberlain and many, many more. So brave the cold and get yourself to this can't-miss event. (Kolbie Stonehocker) Bar Deluxe, 666 S. State, 9 p.m., $5 in advance, $7 at the door, BarDeluxeSLC.com


Talk about getting back to nature to find inspiration. To write the music that would eventually become her latest album, Taiga—her fifth, released in October—Nika Roza Danilova, aka Zola Jesus, left her home in hectic Los Angeles and relocated to the remote forest-covered island of Vashon in the Puget Sound for nine months. There in the untamed boreal forest of the taiga, she connected to an ecosystem she'd become familiar with from growing up in the woods of Wisconsin. The creative result was "an effort to try to make the most massive record I could," Danilova says in her online bio. And that drive definitely shows; Taiga is a continuation of her dark synth-pop sound, but with clearer vocals and new instrumental power, as heard on the shimmering single "Dangerous Days." Brooklyn musician Deradoorian will open. (Kolbie Stonehocker) The Urban Lounge, 241 S. 500 East, 9 p.m., $15, TheUrbanLoungeSLC.com; limited no-fee tickets available at CityWeeklyStore.com