The Proper Way
Scott Rogers and Shane Osguthorpe comprise the Ogden-based duo The Proper Way, a band whose inception was mostly an accident. In 2015, both musicians separately played a small festival at Fort Buenaventura in West Ogden. Osguthorpe had arrived early, and listened to Rogers' set. As Osguthorpe played, the festival gave him the sign to extend the set for time. He invited Rogers on stage with him, and they hit it off despite having known each other for mere minutes. After seeing each other around town at various gigs, they eventually decided to play a gig in Lake Tahoe, and The Proper Way was born. In 2019, they released Beautiful Melodies. Terrible Things., which channels a lucid Tom Waits vibe. Although their career as a duo has shown an immense talent for covers from a bevy of the usual greats (Avett Brothers, The Beatles, Jimmy Buffet, Johnny Cash—you get it), their two original albums bleed a songwriter's heart. In 2018, they released Ain't No Good Thing Ever Dies in collaboration with vocalist Carrie Myers, and the album is textured to juxtapose Rogers' and Osguthorpe's Tom Waits leanings with Myers' voice. The effort pays off, and it's interesting to hear a band who once went seven hours without a break performing covers feel out their own space. So though you might be able to request an expert rendition of any of a hundred songs, here's a chance to hear The Proper Way the right way. (Parker S. Mortensen) Hog Wallow Pub, 3200 E. Big Cottonwood Canyon Road, 9 p.m., $5, 21+, thehogwallow.com

Big Head Todd & The Monsters, Hazel Miller, JD Simo
From the band name Big Head Todd & The Monsters, one might presume that the group's chief architect and original namesake, Todd Park Mohr, has, well, a big head. Now we can't verify this, but considering the fact that Mohr and his colleagues were high school buddies, there could be some other implication that we're not privy to—and, for that matter, we won't bother to explore. Happily though, this Colorado-based band has attracted more than mere speculation over the course of their 30-plus year career. They have managed to get signed to a succession of major record labels, and their cover of the John Lee Hooker classic "Boom Boom" was tapped as the recurring theme for the popular TV show NCIS: New Orleans. One of their singles, "Blue Sky," was included as part of a soundtrack shared with the spacecraft Discovery, and later, it served as a wake-up call to another space crew when the band performed it live at NASA. Not bad for a band that's accrued a significant following and a reputation as festival favorites. Theirs is a decidedly broad musical mix, one that encompasses jam, blues, alternative and various genres in-between. And while the band's name might seem strange, at least their success hasn't given them ... well, a big head. (Lee Zimmerman) The Depot, 13 N. 400 West, 7:30 p.m., $28, 21+, depotslc.com 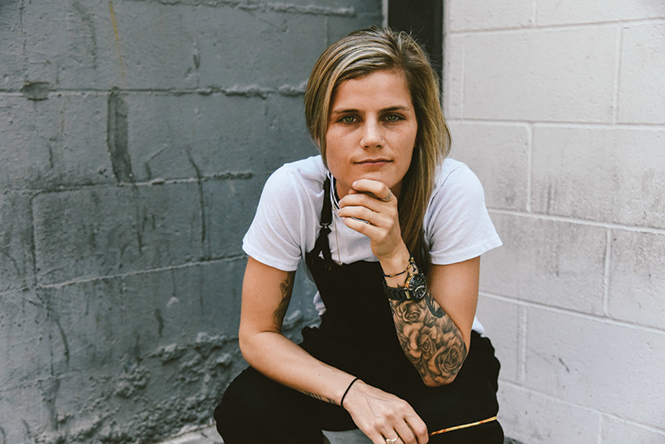 J. Worra, Zendlo, Obayashi
If you were in a club in 2018 or are the Coachella type, you've probably heard or danced your ass off to J. Worra's "Modern Medicine," a bass house track that absolutely tears. It's the kind of club song that feverishly rips its riff until it's milked for all its worth, aware that its infectious loop is short but sweet, grounded by the gravel of Chris Lake's voice (of Dances With White Girls). Recency bias makes it hard to argue whether any of J. Worra's 2019 singles stack up to that phenomenal moment in the DJ's career, but if this is your scene, it hardly matters. Jamie Sitter has been hustling as a producer since 2011, when she started competing in DJ competitions in Chicago. She won every competition she entered, moved to Los Angeles, struggled to break into the mainstream, and now has played major music festivals and started her own label, Arrow Recordings, under which she collaborates with big names like Das Kapital and Kaleena Zanders. Zendlo, a Salt Lake native, likewise honed his craft producing for several years in Los Angeles. Spotify featured his track "Heavy Metal" on their highly curated "Houswerk" playlist, signaling a breakthrough for Zendlo. Obayashi also plays, representing the all-women DJ/producer-comprised Priss Collective. Although she's young in her career, she's accomplished (she just played Scrapefest), and between her and Zendlo, it'll be a showcase of how tuned Salt Lake is to house music. (PSM) Soundwell, 149 W. 200 South, 9 p.m. $10–$20, 21+, soundwellslc.com

Oskar & Julia, Cherry Thomas, Branson Anderson
If one of the greatest barriers to working artists is scarce time—fragmented by work, family and other responsibilities—Salt Lake City's Oskar & Julia have created a life where developing their craft can truly be the center of it all. Music is the foundation of Oskar and Julia Buie's relationship. They met each other at a show. They collaborated with one another as they developed their solo acts. They shared a manager. And eventually, they got married and started performing as a duo. In addition to creating a clear vintage-jazz-ensemble aesthetic to accompany their soulful acoustic pop, they've developed an intuitive sense for one another's harmonies and guitar parts. As they continue to grow, it will be interesting to see them incorporate a sense of bold dissonance into their work to balance the harmony they've so effectively communicated. Wednesday's show is the duo's electric debut, for which they've released one single, the breezy and melodic "Simple Days." Opening for Oskar & Julia are Ogden indie-soul artist Cherry Thomas and folk-pop artist Branson Anderson. Thomas' influences, which range from Amy Winehouse to progressive house titans Swedish House Mafia and metalcore mainstays Bring Me The Horizon, meld together to create a soft coffee-house soul. Anderson's folk music, which sometimes is too twee for its own good, also shows real aptitude for clear expression: see the messy layering of "Moonshade" and the soft, ghostly choir and lullaby piano on "The Wrong Man." (Alex Murphy) Kilby Court, 741 S. Kilby Court, 7 p.m., $7, all ages, kilbycourt.com

Violent Unrest, Fight the Future, Seven Daggers, Dead Zephyrs
Punk rock and Salt Lake City are, in a strange way, a match made in heaven. A community where many young people find themselves chafing at the conservative lifestyles and beliefs impressed upon them by omnipresent religious institutions is, as it happens, also a perfect environment for a thriving punk scene. For decades, SLC has been home to countless bands tracing the entire spectrum from aggressive, confrontational hardcore to upbeat, exuberant pop-punk. In the past year, a new crop of acts has started to build up local buzz by favoring a scrappy, intense sound that centers around traditional riot grrl-style punk, and adds chunky, riff-centric guitars to lend it a bit of a metallic edge. On Jan. 15, The Greek Station showcases two of these bright new lights in the SLC punk scene, Violent Unrest and Fight the Future. In true SLC punk fashion, the show looks to appeal to a wide variety of local music fans. Any punks itching to see a more established band will still want to check out opener Seven Daggers, who have been honing their no-frills brand of melodic hardcore since 2014, and anyone less acquainted with hardcore music will still likely enjoy Dead Zephyrs' self-described "neo-rocklectica" blend of soul, alt-rock and post-punk. (Nic Renshaw) The Greek Station, 200 S. 577 West, 7 p.m., $10, 21+, jrcslc.com