THURSDAY 7/11
The Chasm, Cruciamentum, Infernal Conjuration, Yaotl Mictlan
Daniel Corchado has certainly made a number of marks upon the extreme metal community, from his founding roles in melodeath act Cenotaph and indie label Lux Inframundis, to his brief stint with the legendary Incantation on their 1998 classic Diabolical Conquest. Still, the Mexican musician built the lion's share of his reputation with his own passion project, The Chasm, one of the most consistently impressive forces in death metal over the past quarter-century. Recently, The Chasm has adopted a more progressive (and largely instrumental) angle to their established style, leading to ambitious and critically-adored releases such as 2009's Farseeing the Paranormal Abysm and their latest album, A Conscious Creation from the Isolated Domain- Phase I. This week, The Chasm takes the stage of The Urban Lounge along with Tijuana death metallers Infernal Conjuration—another group of Latino metalheads seemingly looking to follow in The Chasm's footsteps of brutality, building buzz on a string of EPs that weeks ago culminated in their debut full-length, Infernale Metallum Mortis. Also playing is U.K. blackened death outfit Cruciamentum, along with Salt Lake's own Yaotl Mictlan, a self-described "pre-hispanic black-death metal" band that fuses extreme metal with the sounds of indigenous Central American folk music. (Nic Renshaw) The Urban Lounge, 241 S. 500 East, 6 p.m., $15, 21+, theurbanloungeslc.com

THURSDAY 7/11
Jenny Lewis, Waxahatchee
The power possessed by today's creative women is aptly expressed in the efforts of the two artists sharing this exceptional Deer Valley Concert Series double-bill. Jenny Lewis is no stranger to Utah, given that the former front-person for indie outfit Rilo Kiley made stope here for events as big as the Twilight Concert Series in 2016. Four albums and nearly a decade on, this once-child actress-turned-pivotal early-aughts musician has established herself as a modern rock chanteuse. The same confidence can be found in the work of singer-songwriter Katie Crutchfield, who, for the past 10 years or so, has operated under the aegis of Waxahatchee, essentially a solo project named for the creek located near the Alabama home where she grew up. Brimming with a sense of exultation, the music she makes is of a modern rock variety, but generally far more revealing than the giddy and gregarious sounds often associated with that genre. Over the course of her career, Crutchfield has boldly revealed her inner emotions, first through feelings of regret and remorse over a lost youth, and later, through the clear confidence that came after finding her way forward. Waxahatchee's most recent releases—Ivy Tripp, Out in the Storm and Great Thunder—all attest to that determination. One need look no further for a show where two artists exhibit such absolute self-assurance and ability, and where one can see that women like this are truly the game-changers in music today. (Lee Zimmerman) Snow Park Outdoor Amphitheater at Deer Valley Resort, 2250 Deer Valley Drive South, Park City, 7 p.m., $42-$68, all ages, deervalleymusicfestival.org 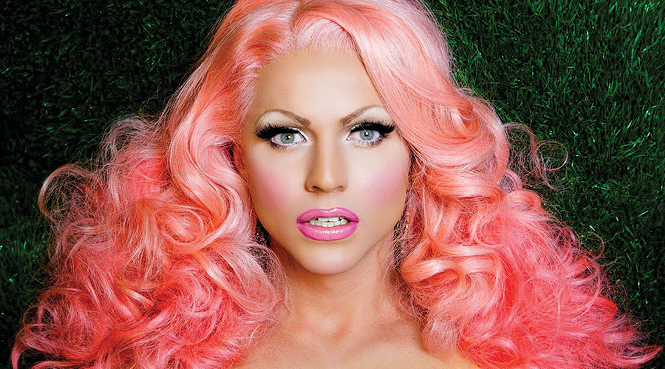 FRIDAY 7/12
Courtney Act
If you've ever binged on some RuPaul's Drag Race, you'll know what to expect from Courtney Act, and you might have even seen their appearance in Season 6 back in 2014. The queen's stage name might also take a minute to click, but try saying it in your worst Australian accent and you'll hear it. Dramatic, dance-ready pop is on the menu, and Act is serving ball-busting BPMs. Although they've only released a handful of singles and remixes over the course of their singing career, their talent shines in these offerings. It's easy to see why the performer has found consistent success since their public debut on Australian Idol in 2003 (16 years ago, people!). Act's cover of the Bee Gees' "Stayin' Alive," a tired song with hundreds of covers, is surprisingly textured, with a haunting and soulful restraint. Contrast that with a fairly straightforward, high-BPM bop like "Mean Gays" or "Boys Like Me," and you start to get a sense that Act does, in fact, have the range. There's a reason they placed in RuPaul's top three (anyone remember those heavenly, 10-foot angel wings?), and their most recent single "Fight for Love" is almost certainly someone's Tinder anthem. Drag and drag queens are no strangers to Salt Lake, but whether you're hardcore into the scene or just want to dip a toe in, Act is not one to miss. (Parker S. Mortensen) The Complex, 536 W. 100 South, 7:30 p.m., $30, all ages, thecomplexslc.com 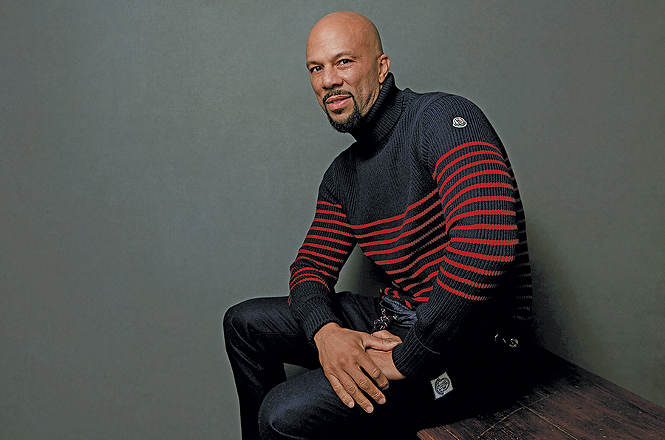 Common, Nicole Bus
Depending on your age, you can view Lonnie Rashid Lynn, aka Common, through several lenses. Old-school hip-hop heads still rave about the way the Chicago-born MC called out violent gangsta rappers like Ice Cube on ferocious 1994 tracks "I Used to Love H.E.R." and "The Bitch in Yoo." In 1997, Common injected spoken-word poetry and laid-back R&B into mainstream hip-hop on One Day It'll All Make Sense, ruminating profoundly on parenthood, religion and nostalgia across what could justifiably be called the first emo-rap album in history. Collaborating with everyone from Lauryn Hill and Erykah Badu to Q-Tip and Questlove, Common cemented his role as a leading light in the conscious hip-hop scene, a move which culminated in the Grammy-nominated 2000 record Like Water for Chocolate, which tackled civil rights, Afrocentrism and the cross-cultural battle for political freedom. In the new millennium, however, as he kindled a working relationship with fellow Chicagoan Kanye West, Common spent an intensifying chunk of his time acting, in anything from Scrubs to Justice League: Mortal. It's this aspirational push and pull that continues to define Common. The albums he has released since 2000 veer between the tediously ambitious (Electric Circus and Universal Mind Control) and the devastatingly prescient (2014's Nobody's Smiling, which examines the ongoing plague of gun violence in Common's hometown). Still, there's no denying Common's ability to deliver emotionally impactful statements and spur his fans to action. "I'm talking about love for God, love for community, love for self and love in action," he told Robin Roberts on Good Morning America in May. "If we look at things and put love in our core, if we work from that place, things will shift and change." (Nick McGregor) Salt City Sounds Concert Series, Gallivan Center, 239 S. Main, 5:30 p.m. $15-$125, all ages, saltcitysounds.com

FRIDAY 7/12
Matt Woods, Carl Carbonell
Nashville singer-songwriter Matt Woods exemplifies all that it means to be a travelling troubadour. A dedicated road warrior, he's performed his music for audiences in nearly every part of the nation, sometimes on his own, and other times in the company of a backing band. By his own estimate, he's chalked up somewhere between 40,000 and 50,000 miles thus far, while at times averaging approximately 200 gigs a year. He credits a hatchback with 350,000 miles for getting him to his gigs, and fortunately it hasn't given out yet. In a career that spans 20 years, he's also opened for the likes of such luminaries as Chris Knight, Black Oak Arkansas, Bobby Bare, Frank Turner, Zac Brown, Drivin' n' Cryin', Will Hoge, Robbie Fulks, The White Buffalo and The Black Lillies, among many others. After three superb solo albums, Woods has a new record to tout, Natural Disasters, which might be his best yet. Singing from an Everyman perspective, he conveys his usual perseverance and persistence, and in the process takes a look at today's tough times with a tenacious attitude that pulls no punches. His songs are evocative, emotive, eloquent and expressive, sung with an assertive attitude that leaves no doubt as to his determination. That comes through in his delivery, especially his vocals, which are etched with a stoicism. Granted, there are a lot of worthy minstrels out there, but those in search of music that's both moving and memorable need look no further than Woods and his repertoire. (Lee Zimmerman) The Heavy Metal Shop, 63 Exchange Place, 6 p.m., free, heavymetalshop.com 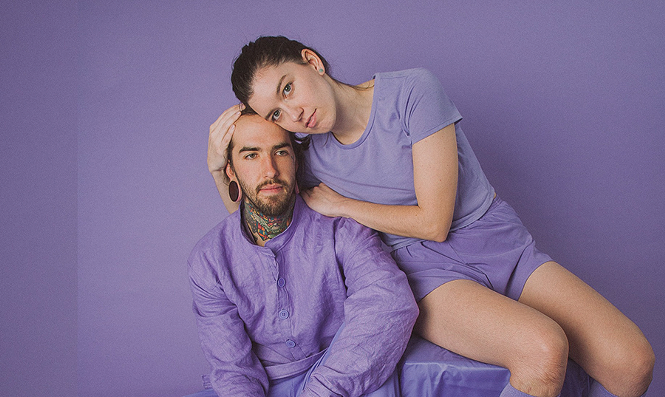 MONDAY 7/15
The Mailboxes, Brooklyn Kohl, Ivouries
Pop indie band The Mailboxes have staked a claim in the color lavender. Jillian and Logan Ivey are the couple behind the project, "creative partners who happened to be married," and since the release of singles "Mortgages" and "All I Know," the two have bathed themselves, their social media and their albums in a soothing purple palette. For the release of their latest album, Inside Outside, the pair and their band members even traveled the Appalachian Trail decked out in lavender gear, playing and filming along the way. The tour has continued since they reached Maine, and though the hike is certainly an attempt to be noticed, it's hard to deny the loveliness of the simple aesthetic. The Mailboxes' sound is sweet and sincere, an indie pop flavor that can lullaby you to sleep; "All I Know" has a womb-like warmth, as if you were watching a mobile from a crib. Openers Ivouries and Brooklyn Kohl compliment this sound with some pop energy and soul, respectively. Inside Outside has plenty of energy, too, though in its own subdued way. "MySpace" is a lively and anxious expression of spaces and the sense of safety they confer. "In these four walls I felt safe/ Out these windows I would dream/ Why am I crying?" The new album follows 2013's Red Flags, which garnered them attention from—of all bands—Reliant K, who helped them record the follow-up EP Post Script. Since that EP, the band's sound has only become more saccharine. Lavender somehow signals their sound before you even hear it. (PSM) Kilby Court, 748 S. Kilby Court, 7 p.m., $7, all ages, kilbycourt.com