Death Cab for Cutie frontguy Ben Gibbard recently told Stereogum that if the band's last album, Codes and Keys (2011, Atlantic/Barsuk), turned them off, the new one, Kintsugi, "could win them back." The decent but spotty Codes saw the guitar take a diminished role, with a more keyboard-driven—though no less moody—sound. That could lead to speculation as to why guitarist-songwriter-producer Chris Walla left the band last year, except that Walla's playing and songwriting are all over Kintsugi—he's just not producing this time. Casual ears may not notice a difference between Walla's production style and that of Rich Costey (Muse, Jane's Addiction), but there is one. While it is a return to the band's signature style, the album finds the band sounding re-energized, as though Codes and Keys was a dream. Death Cab is kicking off the 2015 Twilight Concert Series tonight, but be sure to arrive early. You don't want to miss the relentlessly creative Tune-Yards and their Pee-Wee's Playhouse-inspired, a-little-of-everything thing. (Randy Harward) Pioneer Park, 350 S. 300 West, 7 p.m., $5 in advance, $10 day of show, TwilightConcerts.com 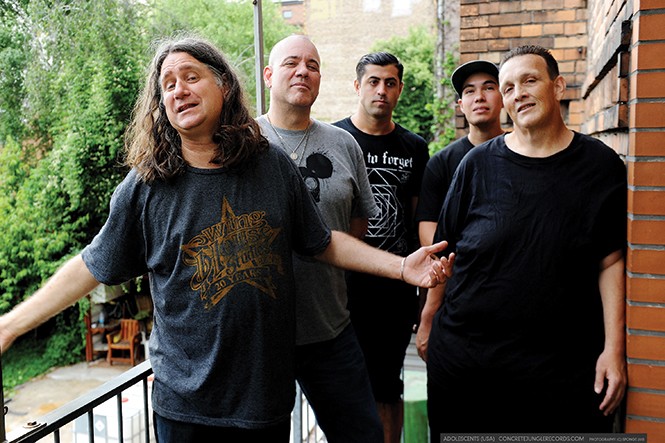 The Adolescents, The Weirdos

These two legendary punk bands have been around for 35 and 40 years, respectively. You gotta wonder if the O.G. fans still have the knees to get in the pit. Not that they shouldn't try—or that it matters. It's just a thought. The important thing is that both bands are still around and kicking booty. Both have landed songs in Grand Theft Auto V (The Ads' "Amoeba," The Weirdos' "Life of Crime"). The Adolescents' La Vendetta ... came out in 2014 on Frontier Records, their original label, which is as old as the band. The Weirdos have been doing the on-again/off-again thing, released Live on Radio on Frontier in 2008. Both bands are playing harder and faster than ever, so guys like me have no excuse not to go for it down in front of the stage. Unless we gotta get up early for work. (Randy Harward) Urban Lounge, 241 S. 500 East, 9 p.m., $16 in advance, $18 day of show, TheUrbanLoungeSLC.com

Go now to YouTube and check out "Pauline" by singer-songwriter Eleni Mandell. If the noir-ish, sultry, tell-you-what message from a mistress to her man's main squeeze doesn't hook you from the first chugging bass notes—well, try any other song. She's that good. Everything Mandell has done since her 1998 debut, Wishbone (Mr. Charles), is golden. She gets her darkness—and lyrical acumen—from influences like Tom Waits and Leonard Cohen, and even the storied Los Angeles punks X. Her voice, which can go from low and throaty to high and mellifluous, can make her sound like Nancy Sinatra or Patsy Cline. The latter is an influence—along with Hank Williams, George Jones and Tammy Wynette—that bubbles up on her ninth full-length, Dark Lights Up (Yep Roc). She doesn't get near the gritty vibe of her earlier albums on this one, but the songs are as good as anything else in her discography. (Randy Harward) Kilby Court, 750 Kilby Court, 7 p.m., $10, KilbyCourt.com

No disrespect to Snow Tha Product—the Mexican-American female rapper who's headlining this bill—but I just discovered Audio Push, a hip-hop duo from Inland Empire, Calif. They released their ninth album on Interscope this year; the most recent, The Good Vibe Tribe, is available as a free download on Soundcloud, and I'm on a second playthrough. It's a 14-track feast for fans of West Coast hip-hop that Audio Push calls a "master piece" [sic]. But don't all rappers think that about their jams? Well, it's real good, for sure, full of the titular vibes—something you could listen to front-to-back all summer long. I mean, look at this CD cover art! Isn't that the perfect comic-book representation of the ideal summer: big beats, bigger blunts, even bigger booties! Oh, and a campfire. House of Lewis and D Top also appear. (Randy Harward) The Complex, 536 W. 100 South, 7 p.m., $16 in advance, $18 day of show, TheComplexSLC.com 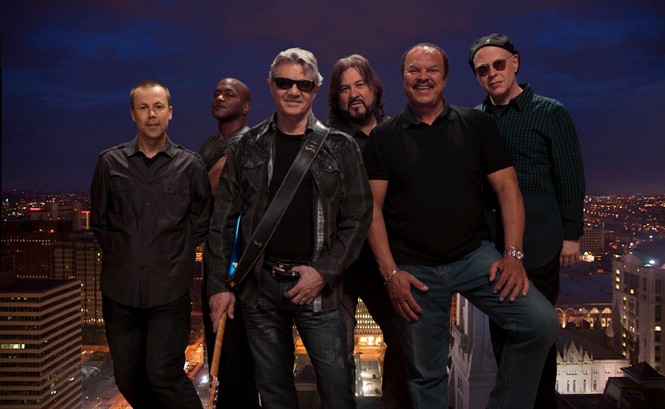 The best shows are the ones where you know every song. No, wait: The best ones are where you know every song and like the ones you don't—and the artist builds a rapport with the audience. Steve Miller's exactly that guy. He comes armed with a slew of hits like "The Joker," "Jet Airliner," and "Take the Money and Run," and has stories to accompany them. For example, did you know that he swapped the lyrics for "Take the Money and Run" with those of another Miller hit, "Rock'n Me," before he recorded them? Or that "Jet Airliner" was originally written and performed by blind singer-songwriter Paul Peña, whom you may recognize from the Tuvan throat-singing documentary Genghis Blues? Miller also likes to share one of his many guitars with the audience, telling them all about it and why he uses it on a particular song. He's also proud of his band, and makes sure they get their moments in the spotlight. It's kinda like a rock concert meets Prairie Home Companion, which sounds—but isn't—weird. If you've never seen him before, do it! (Randy Harward) Red Butte Garden, 300 Wakara Way, 7:30 p.m., $60-$75, RedButteGarden.org

Say Anything, Modern Baseball, Cymbals Eat Guitars, Hard Girls
Max Bemis, the sole full-time member of the indie/pop-punk outfit Say Anything, has spent more than a decade taking stands against the labels often slapped on his band. The latest SA record, 2014's Hebrews (Equal Vision), contained no guitars—just orchestral synth, upbeat drums and messy vocals—as a reminder that not all SA fans are Blink 182 fans. Say Anything's 2004 album ... Is a Real Boy (Doghouse) was a sleeper hit, popularized by the Holocaust-themed love song "Alive With the Glory of Love," which made waves as an artful, confessional, theatrical take on pop punk. Four albums later, the pop punk has evolved into more indie tones, but Bemis' diary-esque lyrics remain the band's signature. (Robby Poffenberger) The Complex, 536 W. 100 South, 6 p.m., $18.50 in advance, $21 day of show, SmithsTix.com

Faun Fables
Perhaps "experimental" is too obvious a word for this Oakland, Calif.-based duo. But they were playing the broom, toy piano and gamelan before the broom, toy piano and gamelan were cool. Whatever twist of fate brought Dawn McCarthy and Nils Frykdahl together must have been ordained by the gods of chaos; with so many instruments and found objects scattered about the stage, a Faun Fables performance resembles the playroom occupied by two precocious, hyperactive children. Yet somehow out of this seeming disorder they manage to construct their dreamy, otherworldly tonalities. An evening with them is a trippy little brain vacation, perfect for relieving the midweek hump-day doldrums. Opening acts include Sala & the Shakedown and Tess Comrie. (Brandon Burt) Kilby Court, 741 S. 330 West, 7 p.m., $10, KilbyCourt.com