THURSDAY 6/15
Black Lips, Timmy's Organism
What happens when the bad kids in school—the spitball-throwing, rubber band-flipping, smokin'-in-the-boys'-room guys—start a band? Black Lips is what you get, as of 1999 in Dunwoody, Ga. At the time, the band was still so young that they needed someone to buy them beer (like Ian Saint Pé, who eventually joined on guitar from 2004-2014). But as part of the garage-rock revival that started in the early 2000s, they took rock 'n' roll back to its greasy roots. After interviewing them at Pitchfork Festival in 2009 for Blurt, I described their sound as hippie punk—"hippie" meaning artsy and dark like The Velvet Underground, not flower-power; and "punk" in the guitar-smashing sense. Their particular grease, then, has been both refined and crude. Interestingly, their 18-track, Sean Lennon-produced concept album, Satan's Graffiti or God's Art (Vice, 2017), makes them seem more like the former, perhaps not as lowbrow and oily—especially when juxtaposed with extra-slippery, hard-to-peg Detroit trio Timmy's Organism, led by Timmy Vulgar. (Brian Staker) Metro Music Hall, 615 W. 100 South, 8 p.m., $18 presale, $20 day of show, 21+, metromusichall.com 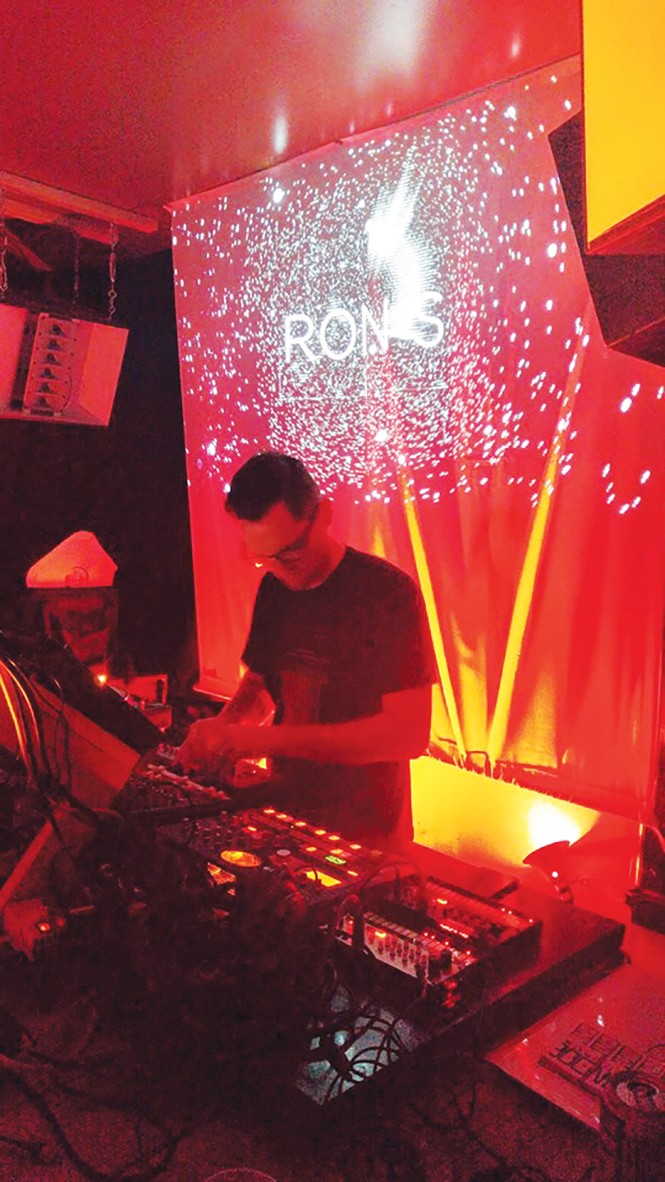 FRIDAY 6/16
Squarewave Sounds Presents The Anode Records Takeover, feat. Ron S., Brain Detergent
While synthesizers ebb and flow in their popularity, their role in the majority of today's music is fairly supplementary. It's rare to see musicians who dedicate themselves to mastering the art of the synth. Those who do tend to be the lone wolves of the music world, moving from venue to venue like wandering samurai. The Anode Records Takeover showcases two such performers, who record for the techno record label out of St. Louis. Ron S., current owner and operator of Anode, brings his retro brand of '90s underground club techno, and Salt Lake City's own Brain Detergent performs consciousness-expanding synth patterns. Whether you're longing for a bit of Gen X club nostalgia or just looking for some expertly crafted electronic algorithms, Squarewave and Anode Records have you covered. (Alex Springer) Diabolical Records, 238 S. Edison St., 8 p.m., free, all ages, facebook.com/diabolicalslc

SATURDAY 6/17
Utah Blues Festival, feat. Kenny Neal, Rod Piazza & the Mighty Flyers, Samantha Fish and more
The Utah Blues Society advocates passionately for its titular concern, keeping the blues vital and relevant for aficionados and neophytes alike. In its third year, the Utah Blues Festival offers an impressive lineup of A-listers: acclaimed guitarist, harp player and singer/songwriter Kenny Neal; veteran singer/harp hound Rod Piazza and his band The Mighty Flyers; the exceptionally talented singer and guitarist Samantha Fish (pictured right), and powerhouse vocalist Annika Chambers. As always, they're joined by some of Utah's most noteworthy blues acts, including Harry Lee & The Back Alley Blues Band, Better Off With the Blues and The Youth Blues Showcase. With an entire day devoted to spotlighting this integral part of America's musical heritage, everyone's encouraged to share in the celebration. You might also want to take part in some of the workshops—including free harmonica and bottleneck slide workshops, and a limited-space paid workshop where you can build your own cigar-box guitar. (Lee Zimmerman) Gallivan Center, 239 S. Main, 11:30 a.m-10 p.m., $35-$88 (under 12 free), all ages, utahbluesfest.org

MONDAY 6/19
Def Leppard, Poison, Tesla
Fifteen years ago, when the internet was still relatively young, I earned a fat bag of hate email from Def Leppard fans by being critical of the U.K. glam-rock band's then-current album, X (Island, 2002). Until then, each new album found them doubling down on the cloying, overproduced sound of Hysteria (1987), which made them mega-platinum artists. On X, they started using outside songwriters, Scandinavian dreck-smiths responsible for all those gross Aerosmith ballads as well as tracks by Britney Spears and *NSYNC. These slick simpleton-songs made Def Lep sound like a boy band, and it sucked. Their eponymous 2015 album finds them still pouring sugar all over themselves while cannibalizing their catalog on tracks like "Let's Go." In spite of its recycled riffs and a gag-tacular Disney Channel intro (repeating "Do you really, really wanna do this now?") they appear to be getting back to being one of the great cats and not fuckin' Hello Kitty. As for Poison, Bret Michaels' country-boy shtick is old and lame. They should feel free to go all cake-face and Aqua Net again instead of butching it up. But they still kill it onstage. As for Tesla? Just keep doin' you, dudes. Blue jeans, Les Pauls and, as you said in the liner notes of your own classic albums, "NO MACHINES!" (Randy Harward) Usana Amphitheatre, 5150 S. Upper Ridge Road (6055 West), 7 p.m., $29.50-$125, all ages, usana-amp.com

MONDAY 6/19
Nick Cave & The Bad Seeds
News of this show stirred great joy in me—I immediately began planning a slobbery show pick and even entered it on the schedule as, "NICK FUCKING CAVE." Because the multitalented Australian musician/filmmaker/author/actor's performance in classy Kingsbury Hall is going to be incredible. However, this recommendation comes with qualms. First, there's no media ticket allotment. Yes, my panties are bunched up and riding high. That's because we (admittedly self-appointed) hipster tastemakers certified Cave's cred, so why make it difficult for us to enjoy and write about his work? Plus, this is the last dude you'd suspect of being about the money. That has to be the explanation. It's certainly not, as other artists claim, to reserve tickets for fans (which many critics are), because Cave is selling $225 VIP tix that don't even include a meet-and-greet. You get "one incredible top-priced reserved ticket" along with a signed, limited, tour-exclusive, silkscreened poster. Oh, and a lanyard. Perhaps fans can use that for hands-free panhandling after paying a 324-percent markup for what amounts to overpriced merch that the dude couldn't be arsed to sign in person. Change the song title to "Green Right Hand," Nick. To the paying fans, sincerely: Enjoy the show. (Randy Harward) Kingsbury Hall, 1395 E. President's Circle, 8 p.m., $39.50-$225, all ages, kingsburyhall.utah.edu

WEDNESDAY 6/21
Poptone: Daniel Ash, Kevin Haskins, Diva Dompe
If there's a goth-rock/post-punk godhead, it's Bauhaus, Tones on Tail and Love and Rockets—three different bands, all featuring principal members Daniel Ash and Kevin Haskins. In Poptone, the pair—Ash on guitar and vocals, Haskins on drums—is joined by Haskins' daughter Diva Dompe on bass, and they perform the music of all three bands. More accurately, since most Bauhaus songs feature Peter Murphy on vocals, Poptone's sets focus on the other two bands' catalogs, with only one Bauhaus tune—Ash's vocal turn, "Slice of Life"—and covers of songs by David Bowie, Adam and the Ants and Elvis Presley. Also worth noting is the absence of the L&R hit "So Alive." But it's still an exciting show, especially since all three acts, aside from kicking much ass, were quite popular in Utah. The only thing better would be a full-on reunion of all three bands, with Murphy and David J. (Haskins' brother, conspicuously missing) on board—and, as support, Provo's Intra-Venus & the Cosmonauts, whose bitchin' album Forgotten Stars was produced by J. (RH) The Depot, 400 W. South Temple, 8 p.m., $25 presale, $30 day of show, 21+, depotslc.com