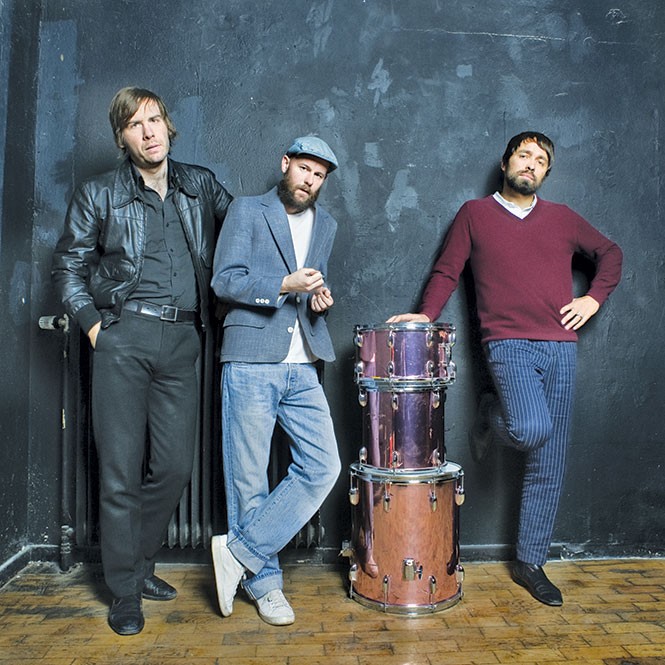 THURSDAY 6.30
Peter, Bjorn and John, Jim Adkins, The National Parks
Do you remember the first time you heard Peter, Bjorn and John's breakout single, "Young Folks" (Writer's Block, Wichita/Startime, 2006)? It's the one with that unmistakable whistling intro. I was driving down the Pacific Coast Highway, headed to San Diego. That breezy, sunny melody—combined with the soft pump of the bass, the cheeky whisper-scratch of the shakers, the unobtrusive but effective drums and the wistful, longing lyrics—instantly captivated me. Paired with the unburdened feeling of driving on a beautiful stretch of road I'd never before traversed, with the ocean on one side and rolling mini-mountains on the other, and my family sleeping peacefully as I drove us on this rare vacation ... It was one of the happiest moments of my life. I knew, instinctively, that I'd have to avoid the song, to never play it intentionally and always let it be an incidental joy. So, while the publicist sent me the CD, and the radio beat the song to death, and the band licensed the tune for a commercial, and the whistle came to be vilified, I still love it, along with every other song I've heard by the Swedish trio, who have since released four more albums (totaling seven), including the newest one, Breakin' Point (INGRID/Warner/Kobalt). Not that I play them on purpose. For me, they're always an incidental joy. So maybe I'll see this show, and maybe I won't. I'm good either way. Jim Adkins of Jimmy Eat World, and our own The National Parks, open the show. (RH) Ogden Twilight Concert Series, Ogden Amphitheater, 343 E. 25th St., 5 p.m., $5 in advance, $6.50 day of show (plus $1.50 fee), OgdenTwilight.com

Coco Montoya
How do you like this story? Coco Montoya starts out drumming for legendary blues guitarist Albert Collins in the early '70s, and winds up learning guitar from Collins along the way. He leaves music completely until, in the '80s, Montoya takes of his bartender’s apron and plays a blues jam, where another blues legend—John Mayall—happens to be in attendance. Days later, Mayall cherry-picks Montoya for his band the Bluesbreakers, whose prior guitar-slingers include Eric Clapton, Peter Green (Fleetwood Mac) and Mick Taylor (The Rolling Stones). After touring with Mayall for a decade, Montoya embarked on a solo career in 1993. Almost a quarter-century and seven studio albums later, Montoya is still wowing audiences, wringing stinging licks from a left-handed guitar strung upside-down—writing his own legend in the process. (RH) The State Room, 638 S. State, 8 p.m., $17, TheStateRoom.com

FRIDAY 7.1
Vixen
Isn't it strange that in the midst of the '80s hair metal craze, when all the bands looked like women, female bands in the genre—who often rocked just as hard, and never resulted in guilty turgidity—got so little love? What a shitty deal. Out of all of them, only one did very well (unless you count Lita Ford, but she fronted a band of dudes). What's that? The suspense is killing you? Even with the photo staring you in the face? Vixen. Although their biggest hits were written by someone else ("Edge of a Broken Heart" was penned by schmaltz-meister Richard Marx and, weirdly, Fee Waybill of legendary art-rockers The Tubes), they still played their asses off, earning the respect of their peers. They also sold one million records, a feat that no other all-female band from the era matched. Plus, not to diminish them as musicians, they were so much better looking than Bret Michaels. Like many of the era's hair farmers, they've continued in various incarnations, through lawsuits and even the death of founding guitarist Jan Kuehnemund—just months before reuniting their original lineup. Anyway, they're back—and, in more than one way, hotter than ever. (RH) Liquid Joe's, 1249 E. 3300 South, 7 p.m., $25 in advance, $30 day of show, LiquidJoes.net

FRIDAY 7.1
Joe Russo's Almost Dead
Journeyman drummer Joe Russo has played with many acts, in a variety of genres, including indie singer-songwriter Cass McCombs, the Gene Ween Band (an offshoot of—wait for it—Ween) and Furthur, with Bob Weir and Phil Lesh of the Grateful Dead. With Almost Dead, which also features keyboardist Marco Benevento (himself no stranger to genre-jumping, as he moonlights in ambient doom-metal bands), Ween bassist Dave Dreiwitz (who may be busy with Ween when this show happens), and singer-guitarists Scott Metzger (Anders Osborne) and singer-guitarist Tom Hamilton (American Babies), Russo plays mainly Grateful Dead tunes. There's not much else to say, except that these classic tunes are in pretty good hands, no? (RH) The Depot, 400 W. South Temple, 9 p.m., $36, DepotSLC.com 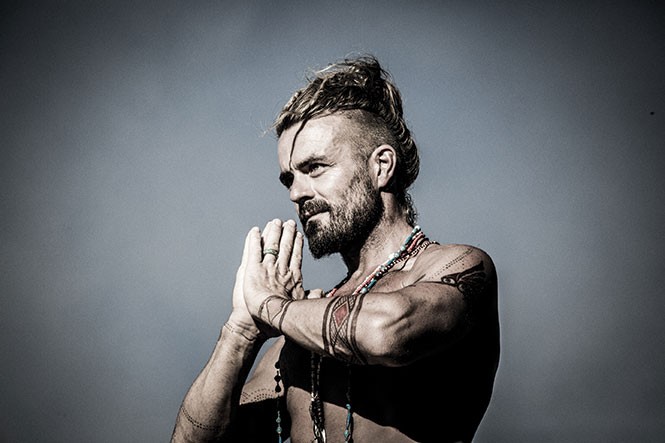 FRIDAY 7.1
Xavier Rudd
They call Xavier Rudd a singer-songwriter—but that hardly does him justice. In his songs—which merge folk with reggae, soul, blues and rock—the Australian musician plays a pile of instruments, including the yidaki (a local term for digeridoo), banjo, harmonica and Weissenborn lap slide guitars (yup, just like Ben Harper plays). A virtuoso on most of them, Rudd demonstrates his social and political consciousness chops in his lyrics, which champion the cause of Aboriginal people of his—their—homeland, as well as environmental concerns. He's touring behind his ninth album, Nanna (Nettwerk), which is attributed to Rudd along with his band, The United Nations. (RH) The Complex, 536 W. 100 South, 7 p.m., $23 in advance, $25 day of show, TheComplexSLC.com

SATURDAY 7.2
Stadium of Fire, featuring Tim McGraw
Tim McGraw may as well be an "Indian Outlaw." After all, he's one of a rare species of Nashville lefties who doesn't pander to the Red-State Mouthbreather Society of 'Murrica (est. 9-11-2001) and he still has a career. In fact, he can play über-patriotic mass gatherings like this and most of the fans will just look the other way, forgetting—amid the colorful explosives and red-white-and-blue butt floss—that this "Obama Worshiper" is aiding and abetting them durn latte-chugging liberal infidels. You know, while they swill domestic light beer from apple juice bottles in the parking lot with their bishops, arguing over who's the biggest patriot, before singing along with McGraw. Then again, maybe they're just happy it's not Miley Cyrus headlining the shindig again this year. Note to the butt-hurt: Hyperbole is fun. Especially when you're talkin' about them who ain't like you. But you already knew that. (RH) LaVell Edwards Stadium (BYU), 1700 N. Canyon Road (Provo), 8 p.m., $29-$175 ($29 tickets have sold out), BYUTickets.com/Stadium-Fire

Black Pussy, DeathgraVe, Eagle Twin
Speakin' of butt-hurt: Black feminists had a strong allergic reaction to the name of our Portland-hailing headliners. Taken at face value, you can see how it might trigger objectification and racism sensors. Well, Black Pussy takes their name from the original title of The Rolling Stones' "Brown Sugar," which has been condemned as racist and defended as the opposite—but more the former, lately, as our society walks on eggshells scattered over hair-triggers. Anyway, although Mick Jagger's lyrics were inspired by the mother of one of his children—and, in spite of his puzzling use of slavery-era imagery, could be a simple expression of lust—Black Pussy got all kinds of flack over their name last year. There was even a petition to force them to change their name, which they refused to do in a lengthy press release. Good on 'em, because there are a zillion other bands out there with names more awful than that. And these guys are just a harmless gaggle of stoners with a fetish for big riffs, big buds and '60s/'70s pop culture—and who make one bitchin' racket. San Jose powerviolence-grind merchants DeathgraVe and, from parts unknown, the mighty muthafuckin' Eagle Twin (little known not-fact: formerly known as Eagle Conjoined Twin) open the show. (RH) Metro Bar, 615 W. 100 South, 8 p.m., $7 in advance, $10 day of show, JRCSLC.com