THURSDAY 6/8
Street Fever album release, Civil Lust, 2C.G
With their penchant for slathering video models in slick black oil and a thrumming, portentous sound that one would expect to hear in a Nicolas Winding Refn film, Street Fever is a haunting homage to the golden age of brooding post-punk and synthwave music—with an industrial influence. Hailing from Boise, Idaho, the sometimes duo, sometimes solo act has made a name for itself with live performances that find band members sporting Lynchian facemasks and shattering keyboards with baseball bats. As a follow-up to 2015's Afflictions EP (streetfever.net), the group is gearing up for the release of its second album, Enchaîné. It's every bit as ominous as their debut, enticing only true creatures of the night to emerge from the shadows. Local duo Civil Lust adds Smiths-mope and Christian Death gloom to the festivities. Another Boise act, EDM duo 2C.G., also appears. (Alex Springer) Urban Lounge, 241 S. 500 East, 9 p.m., free, 21+, theurbanloungeslc.com

SATURDAY 6/10
Morbid Angel, Suffocation, Revocation, Withered
When bands like Black Sabbath and Iron Maiden turned out not to be Satan worshipers, thrash, death and black metal bands jumped at the chance to give parents and preachers something to really worry about. So Slayer cartoonishly mined Satanism and Nazism and turned out to be no threat. Cannibal Corpse went all-in on gory imagery and, so far, none of its members have been found with a chest freezer crammed with torsos. Long-running Floridian death metal act Morbid Angel gave the Satanic/occult angle a good push, but eventually settled on a Sumerian, as opposed to Judeo-Christian evil, aesthetic—'cause you gotta be original. Fleet-fingered guitarist and founder Trey Azagthoth (born George Michael Emmanuel III) even claimed to be the reincarnation of a Sumerian god, and records alone in a dark, candle-lit room. Which goes to show you how hard it is to make it in the music business. Although Morbid Angel is still killin' it musically after more than 30 years, they've failed to achieve the level of riches and fame that an alliance with ancient evil is said to provide. Unless, as with the aforementioned bands, this is all just an act, proving that all metal musicians, when it comes to anything but music, are posers (Norwegian church-burnin', bandmate-slaughtering, brain-eating black metal bands excepted). "Morbid," as fans know them, is back with singer Steve Tucker following a messy dispute with classic-era singer David Vincent—one that involves Azagthoth's mom fighting the battle on Facebook. (Randy Harward) The Complex, 536 W. 100 South, 6 p.m., $24 presale, $28 day of show, all ages, thecomplexslc.com

THURSDAY - SATURDAY 6/8-10
The Kingston Trio
Taking their cue from The Weavers, Pete Seeger and Woody Guthrie, The Kingston Trio shares credit with Peter, Paul and Mary and The New Christy Minstrels for bridging the gap between traditional troubadours and those who would repurpose folk music for the pop charts. The Trio sang everyman folk standards—like their biggest hit, "Tom Dooley"—and sold three million copies (while 14 of their 19 albums made the Top 10) during America's so-called "folk revival." In the late '50s and early '60s, they were radio fixtures until The Beatles and their British brethren revolutionized rock 'n' roll and shoved the competition aside. Eleven different musicians have staffed the Trio since 1954. Its current incarnation featuring longtime members Bill Zorn, George Grove (both joined in the '70s) and Rick Dougherty (since 2005) still entertains the loyal legions, bringing their music and memories out of the mothballs. (Lee Zimmerman) The Egyptian Theatre, 328 Main, Park City, 8 p.m., $29-$60, all ages, egyptiantheatrecompany.org 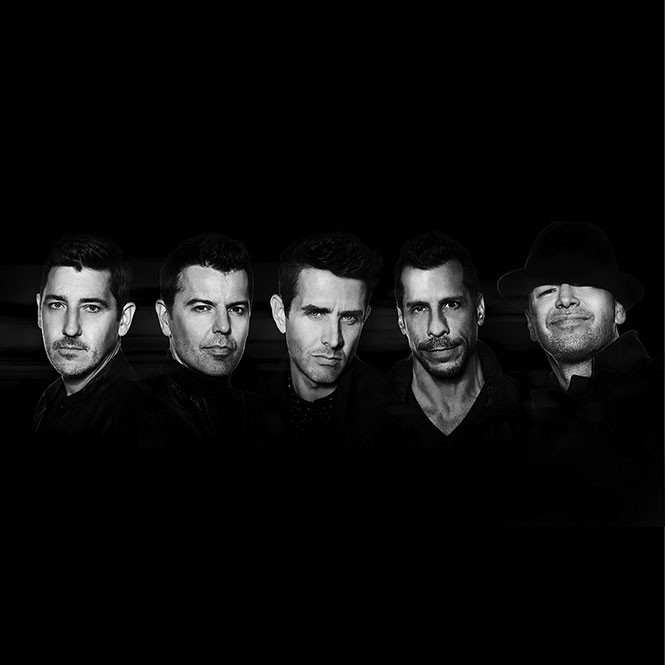 FRIDAY 6/9
The Total Package Tour: NKOTB, Paula Abdul, Boyz II Men
Pre-fab boy/girl bands are products. They're not artists, they're bubblegum—not in music-journo speak, but actual bubblegum. Or soda pop. Or whatever the new, limited-time-only fast-food menu item is this week. Empty calories for empty heads, something sold to people who can't be troubled to ponder the significance or substance of anything. But lately, I've realized that I like some songs by New Kids on the Block and Paula Abdul—and I've never hated Boyz II Men (aside from them selling $200 roses). Their tunes are simple and catchy, and they tickle my nostalgia center, reminding me of a simpler time when I was flippin' burgers at Arctic Circle and wondering if my shift supervisor title would somehow translate to sexual triumph. Did I just say I have happy memories of a time when I was a fat, greasy, poor virgin? Perhaps I'm overanalyzing it, but how is that better than now? I'm not as chubby, I no longer leave work feeling greasy (except on Astroglide Fridays), and I'm better off financially, so I can afford to pay for sex (especially on Astroglide Fridays). Things are going great! But the vacuous bubblegum pop of today both sucks and blows. Is there a correlation? Is personal happiness inversely proportional to the quality of contemporary pop music? Urk—I'm doing it again. The proles have it right: Sometimes music is just fun (except when it's bullshit). This Total Package is fun, for sure. (Randy Harward) Maverik Center, 3200 S. Decker Lake Drive, 7:30 p.m., $30-$200, all ages, maverikcenter.com 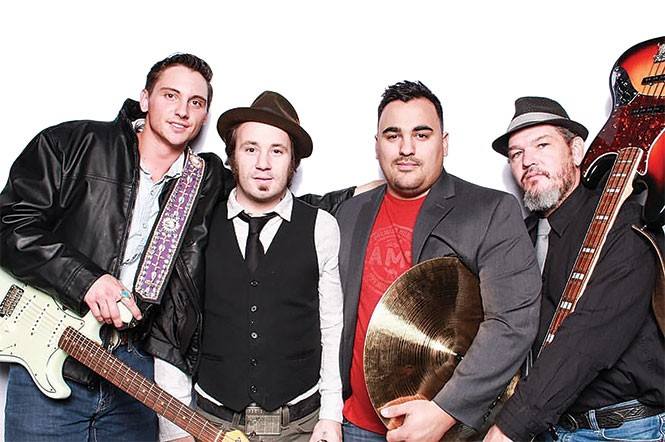 FRIDAY 6/9
Tony Holiday and the Velvetones
Local treasures with national renown, Tony Holiday and the Velvetones put a special stamp on their sound, delivering it with the credibility and conviction that's the essence of true blues. Holiday was weaned on bluegrass and country, but he insists that "time completely stopped" once he heard blues great Little Walter. These days, he creates an indelible impression of his own through his expressive harp playing and vocal bluster. Along with guitarist Landon Stone, bassist Gordon Greenwood and drummer Joel Meza, Holiday and company cut a cool groove—a rugged, resilient sound that provides ideal accompaniment for dancing, drinking or simply soaking up the sounds. Restless road warriors, the Velvetones have shared stages with Willie Nelson, Beth Hart, Jimmie Vaughan, Blind Boys of Alabama, Mark Hummel and Tinsley Ellis among the many, but even so, they remain hometown heroes. (LZ) Hog Wallow Pub, 3200 E. Big Cottonwood Canyon Road, 9:30 p.m., $7, 21+, thehogwallow.com

TUESDAY 6/13
Spend the Night with Alice Cooper
Live music changed drastically since shock-rock pioneer Alice Cooper incorporated gimmickry into his music in 1968, influencing a litany of acts like Kiss, Gwar and Marilyn Manson. That's not to mention a slew of copycats whose members were barely in diapers back when Cooper was slicing off his own head with a guillotine and dancing with 7-foot long boa constrictors. At once different and the same, gimmickry and theatrics—in the hands of arena-rock auteurs like Cooper—greatly enhance a show. Especially when the ringmaster of this psychotic circus still fully embraces that character at nearly 70, and comes up with new onstage trickery like transforming into a gigantic Franken-version of himself. One of the greatest performers who ever lived, Cooper is a demented master at work. (AS) Kingsbury Hall, 1395 E. President's Circle, 8:30 p.m., $55-$90, all ages, kingsburyhall.utah.edu