THURSDAY 3.3
Johnny Love, The Hemptations
Hailing from Santa Ana, Calif., Johnny Love was born into a family of musicians, and first picked up a guitar at age 13. Since his family played a variety of music—including jazz, funk and Tejano—Love developed an appreciation for multiple styles. Ultimately, he settled on a blend of reggae, rocksteady, ska and cumbia. Opening for Love is Salt Lake City's own Latino-reggae group, The Hemptations, who are fronted by singer-guitarist Omar Gerardo—the former guitar wizard in 2016 Best of Utah Music's Best Reggae Artist, Afro Omega. Singing in English and Spanish, Hemptations blend traditional roots reggae with Latin flavor and Gerardo's ripping solos, which led to their own Best of Utah Music nomination. The band is preparing to enter the studio to record an as-yet untitled EP, but you can hear four songs at ReverbNation.com/TheHemptations and an older demo, "Jah Words," at ReverbNation.com/HemptationsBand. (RH) The Royal, 4760 S. 900 East, 10 p.m., $5, TheRoyalSLC.com

Tad Calcara Swing Sextet
Since his main gig is as the principal clarinetist for the Utah Symphony, you might think Tad Calcara has all the work he needs. That doesn't stop him from exploring his muse with the 17-piece New Deal Swing big band, or this smaller iteration. Chalk it up to the passion that fans of big band music, who aren't just oldsters; video game series like BioShock and Fallout breed a new fandom for those swingin' standards of yesteryear. Perhaps we'll see another swing revival soon. If we don't, we'll always have torchbearers like Calcara to do that voodoo so well, bringing, as the Excellence in the Community press release says, "the tunes and stories from the golden era of swing" while you can "bring your dancing shoes." (RH) The Gallivan Center, 239 S. Main, 7:30 p.m., free, ExcellenceConcerts.org

FRIDAY 3.4
Vince Staples
On his own, as one-third of the hip-hop group Cutthroat Boyz, and a close associate of Odd Future's Earl Sweatshirt and Mike G, Long Beach, Calif., rapper Vince Staples raps about the struggle in black neighborhoods but attacks the issues from a conscious perspective. After self-releasing four mixtapes—including Stolen Youth, a collaboration with Larry Fisherman (aka Mac Miller)—and appearing on albums by Odd Future members, Staples released the Hell Can Wait EP in 2014. Last summer, he dropped his debut double-album, Summertime '06 (Def Jam/ARTium/Blacksmith), to universal acclaim. (AT) The Complex, 536 W. 100 South, 7 p.m., $18 in advance, $22 day of show, TheComplexSLC.com 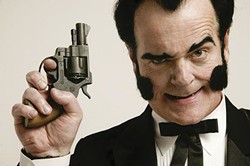 SATURDAY 3.5
The Rev. Horton Heat, Unknown Hinson, Th' Legendary Shack Shakers, Lincoln Durham
By now, you should know The Reverend Horton Heat's deal: He's a psychobilly legend, a larger-than-life guitar-slinger with Billy the Kid gravitas. By now, you should know the Legendary Shack Shakers, who, under the leadership of J.D. Wilkes, are roots rock icons themselves. But do you know Unknown Hinson? Adult Swim fans might know recognize his voice as that of the cantankerous ink-oozer Early Cuyler on Squidbillies, although he was credited for the first few seasons under his real name, Stuart Daniel Baker. Hinson is Baker's musical alter ego, a hillbilly-vampire/country-western troubadour/bona fide guitar hero with bleeding gums, a penchant for "party liquor," and a yearning for "womerns." Baker's goofy-sincere-ornery-menacing character transcends gimmickry, especially when you hear his deep drawl on sweet 'n' silly songs like "I Ain't Afraid of Your Husband," and see him play guitar like a redneck Jimi Hendrix. With Hinson, two roots-rock icons and Southern gothic punk-blues-gospel artist Lincoln Durham, a fiddle-banjo-guitar wielding one-man band with a literary bent, this bill is crammed with quality—a real must-see. (RH) The Depot, 400 W. South Temple, 7:30 p.m., $21 in advance, $25 day of show, DepotSLC.com

SUNDAY 3.6
John Németh
John Németh got his start playing with different groups in his hometown of Boise and, by his mid-20s, he was backing up Junior Watson. A few years later, he was picked up by Blind Pig Records and, after two self-released albums, released his third studio album, Magic Touch. Seven years, four more records and another label later, he signed with Blue Corn Music for Memphis Grease. Németh is going the whole nine yards in bringing back the sound and feel of blues with his incredibly soulful voice and dedication to the traditional themes and playing styles of blues gods. Now, with the 2015 Blues Music Award for Best Soul Blues Album on his shelf—and a 2016 nomination for the BMA's highest honor, B.B. King Entertainer of the Year, Németh is getting the respect he deserves. (DB) The State Room, 638 S. State, 8 p.m., $15, TheStateRoomSLC.com

MONDAY 3.7
Bronze Radio Return
Roots rock sextet Bronze Radio Return is a mostly independent group, but since their formation in 2007, the Hartford, Conn., band has landed songs in commercials for nearly a dozen major brand products, as well as in multiple national TV shows and the trailer for the Bill Murray film St. Vincent. At a time when America is ravenous for the exact blend of roots and indie rock that BRR purveys, the exposure translated to a monumental 25 million streams on Spotify. Their Light Me Up EP came out last year via the subscription-based record label DigSin. (Doug Brian) The State Room, 638 S. State, 8 p.m., $13, TheStateRoomSLC.com 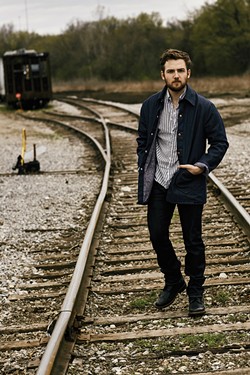 MONDAY 3.7
Firekid
Firekid (Dillon Hodges), out of Muscle Shoals, Ala., is hitting his stride, recently signing to Atlantic Records and releasing his eponymous debut. In the vein of indie folk, Hodges takes things a step further, bringing soulfulness, depth and poppy little extras into his sound. The result is catchy, peppy folk-pop that leaves listeners tapping their feet and humming. Firekid is working his way up, well on the route to success with heart and optimism that is so well reflected in his music. (DB) Kilby Court, 741 S. 330 West, 7 p.m., $10, KilbyCourt.com