THURSDAY 3/7
Noname, Elton.
27-year-old Chicago native Fatimah Warner, better known as Noname, has been rapping and performing slam poetry since 2010. The rapper with no certain title made quite the reputation for herself in 2018, capitalizing on a buzz stemming from her debut album, Telefone, which had fans waiting nearly three years to check into Room 25, which was released in September to rave reviews. For those of you who aren't familiar, Room 25 features Noname's signature smooth monotone vocals, mature yet playful content and sharp wit over rich live instrumental sound beds. The 11-track project features fellow artists like Smino, Saba, Rayvn Lenae, Phoelix, Adam Ness and others. Most listeners first discovered Noname in 2013 due to her affiliation with fellow Chicagoan Chance the Rapper and his monumental mixtape Acid Rap. Although her political and financial aspirations might not line up with someone who is doing Doritos and Kit Kat commercials, Noname actually has the chance to surpass Chance musically. She's slayed NPR, The Late Show with Stephen Colbert and a Boiler Room live set in Cape Town, seemingly priming herself to carve out a lane in a genre thirsty for female voices and experiences. Although some traditionalists might not appreciate her spoken word-like cadence, mellow delivery and layered lyrics, fans of Kendrick Lamar, Sa-Roc, Tobe Nwigwe and Brother Ali can definitely find space for Noname in their playlists. Open yourself up to the music before her moniker becomes even more ironic. (Keith L. McDonald) The Complex, 536 W. 100 South, 6:30 p.m., $22, all ages, thecomplexslc.com

FRIDAY 3/8
The African Children's Choir
There's nothing quite as enchanting as the voices of children joined in harmony, creating a sound that warms even the coldest heart. It's little surprise, then, that The African Children's Choir has inspired such enduring sentiment in a world where fear and mistrust tend to be so pervasive. The remarkable expression embodied by this group of young people—many of whom have been impacted by war, famine and deprivation—offers hope for us all as they share their voices with audiences around the world. Like most great ideas, the concept of the choir originated from a chance encounter. Ray Barnett was on a humanitarian trip to Uganda when he offered a ride to a small boy seeking refuge from his war-torn village. The boy began to sing during their journey, and it gave Barnett the idea of creating a choir that would offer an opportunity to save lives, raise funds that could help other children in need and support the choir members themselves with other essentials. An album of traditional hymns performed with African arrangements is due soon, but in the meantime, experiencing these angelic voices in person offers an opportunity to enjoy an experience that resonates. (Lee Zimmerman) Calvary Baptist Church, 1090 S. State, 7 p.m., free, all ages, 801-355-1025, africanchildrenschoir.com 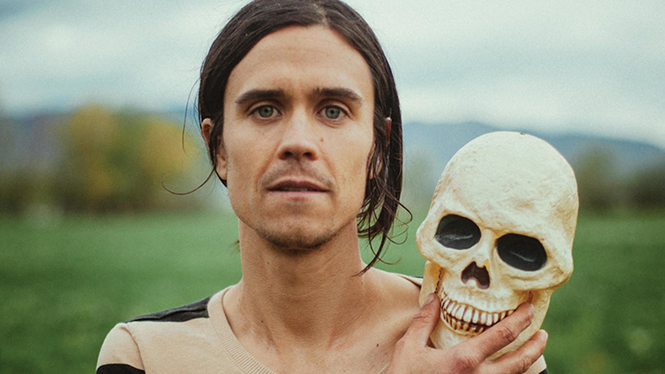 SATURDAY 3/9
Joshua James, Andrew Goldring
Folk singer and string-picker Joshua James has been writing dark songs about heartland America for a little over a decade. Originally from Lincoln, Neb., and now based in American Fork, where he owns a farm he's dubbed Willamette Mountain, James is known for his stark, moody and atmospheric style—and for singing with a scratchy and highly emotive voice. The ex-Mormon weaves themes of spirituality, love and overcoming life's dark and difficult times throughout his catalog, which occasionally gets aggressively amplified enough to be considered Southern rock. Some of his most poignant songwriting to date has come in the form of a collaboration with country/folk singer Timmy the Teeth, who also hails from American Fork. In 2016, the pair released a single-shot music video for the song "Old Best Friend" in which they sing along to an old-school boombox and ride bicycles through the twilight on the Murdock Canal Trail near Pleasant Grove. James sounds like a Midwesterner plucked off the porch of a general store during the Great Depression and dropped into the 21st century as he sings, "Running around with a child's mind/ A man gets only a couple of times." On his next verse, he shares more hardscrabble, bourbon-soaked wisdom: "From Salt Lake City to the upstate town/ A man either learns to swim or he learns to drown." This is real-deal Americana, folks, based right here in Utah. (Howard Hardee) The Urban Lounge, 241 S. 500 East, 8 p.m., $15, 21+, theurbanloungeslc.com 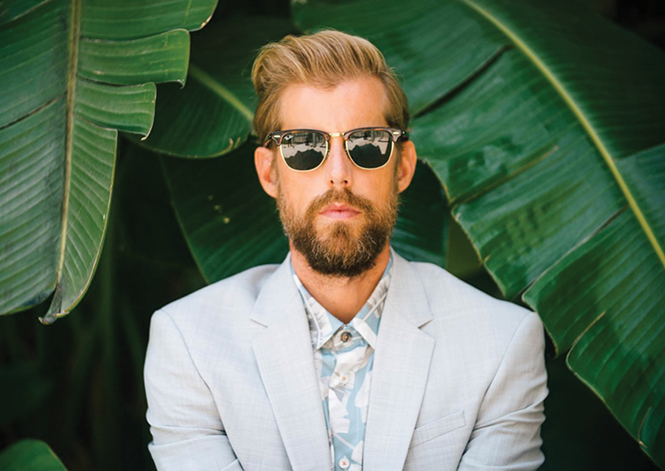 TUESDAY 3/12
Andrew McMahon in the Wilderness, Flor, Grizfolk
Andrew McMahon in the Wilderness is the solo project of the former frontman and piano player for alt-rock bands Something Corporate and Jack's Mannequin. Always known for their intimate lyrics, McMahon's songs explored such deeply personal themes as breaking up with a long-term girlfriend and his life following a 2005 leukemia diagnosis. And he's kept things personal since debuting as an indie-electro artist nearly seven years ago. The lead single "Cecilia and the Satellite" from McMahon's self-titled debut album is addressed to his daughter, Cecilia, and the song's plainspoken lyrics about protecting her as she grows up—and as he navigates his own changing perspective on life—are genuinely touching. The song nearly topped Billboard's alternative, rock and pop charts in 2014 and remains In the Wilderness' biggest hit to date. But all too often, McMahon's lyrics land too squarely on the nose. Nothing's really up for interpretation on "Ohio": "And my sister slept/ As we started the drive/ To California, where it's warmer/ Gonna start a new life." Later, he sings, "Everything's gonna be better on the West Coast/ Better than the mess that we left back home." Yes, McMahon's heartfelt and introspective piano ballads range from highly impactful to a bit too mushy—even maudlin, like they're overtly designed to punch you in the feels. But at least we're sure he means it. A pair of Los Angeles-based bands also performs: polished indie-rockers Flor, and Grizfolk, a five-piece group with folk and electronic influences. (HH) The Depot, 13 N. 400 West, 6 p.m. $33 presale; $38 day of show, all ages, depotslc.com

Cody Canada & The Departed, Micky & The Motorcars
We'd have to call this a perfect pairing: Two rock 'n' roll bands with descriptive handles. Well, almost. Although Cody Canada was the chief instigator of a popular band called Cross Canadian
Ragweed, he's, umm, not Canadian. Instead, he was born in a little town in Texas. Still, having a name that identifies with the nation to our north isn't necessarily a bad thing. (We're still allies, after all.) Likewise, with a sound that evokes the grit and bluster of hardcore country and the relentless rhythm of rock 'n' roll, it's doubtful anyone would think twice about questioning his credentials. A taut, top-notch trio, Cody Canada & The Departed stir their audiences with fist-pumping fury and edgy, anthemic might. For their part, Micky & The Motorcars boast an unabashed bravado of their own. It's little wonder: Founding members Micky and Gary Braun sourced their talent from their dad, western swing veteran Muzzie Braun, and they share the same skill sets as their brothers, Cody and Willy Braun, members of the renegade roots outfit Reckless Kelly. With both bands in tandem, we expect a night of combined flash and fury. Each outfit offers their own example of a genuine alt-country crossover, complete with heartland heroics and unrepentant outlooks. It ought to be interesting to compare both amplitude and attitude. (LZ) The State Room, 638 S. State, 8 p.m., $20, 21+, thestateroompresents.com

WEDNESDAY 3/13
Mandolin Orange, Martha Scanlan
Andrew Marlin and Emily Frantz, best known as the Americana duo Mandolin Orange, create a sound that reflects a traditional template, echoing an approach both tender and timeless. Like others of their ilk—The Milk Carton Kids, Shovels & Rope and Over the Rhine—they evoke a stoic sensibility by blending richness and reserve. Those sweeping sentiments are conveyed through intricate arrangements and emotion, though one never overshadows the other. The duo's wonderful new album, Tides of a Teardrop, demonstrates their ability to strike an immediate connection; it even debuted at No. 1 on the Billboard Heatseekers chart in multiple Americana categories. Granted, Mandolin Orange's precious pastiche sometimes makes it necessary to lean in and listen, but the resulting rewards are well worth the indulgence. The arrangements are built around vintage instrumentation—the pluck and strum of guitar, banjo, fiddle and mandolin—but more importantly, the songs stroke the heartstrings with sweetness and sincerity. It's not surprising that after six albums and a touring regimen that's made them festival favorites, Mandolin Orange represent a new breed of folkie troubadours, eager to please all those partial to patchouli, incense and down-home designs. Cynics, stay home. Everyone else, prepare to embrace the emotion. (Lee Zimmerman) The Commonwealth Room, 195 W. Commonwealth Ave., 8 p.m., sold out as of press time, 21+, thestateroompresents.com