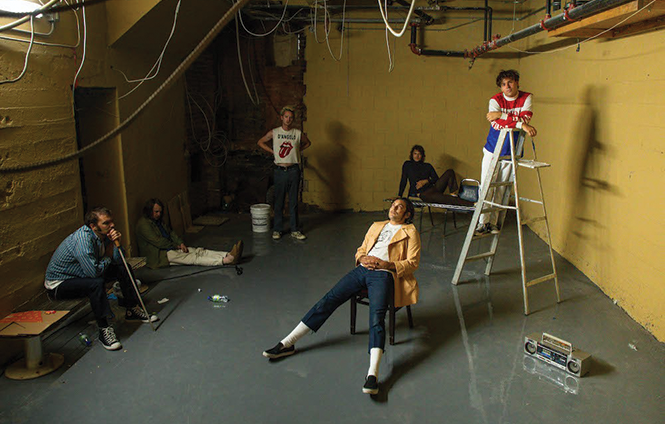 FRIDAY 3/13
The Growlers
The early work (2009–2014) of "beach-goth" band The Growlers leaned so heavily on West Coast psych-pop cliches that it wasn't always clear if there were songs hiding beneath the sonic Instagram filters. Since then—especially after their Julian Casablancas-produced album City Club (2016)—The Growlers have developed a musical vision that finally feels distinct. Genre peers like Oh Sees, White Fence and Shannon and The Clams always put forth an underground weirdness that felt organically provocative, while sometimes alluding to sleaze. The Growlers on the other hand seemed like legitimate sleazeballs—guys who came to the party with no invitation, no booze or weed of their own to share, and plenty of over-the-top come-ons. This was clearly part of their appeal to many listeners. And to their credit, The Growlers were always secretly more self-aware than they let on. Even at their most freewheeling moments, they never forced their fans to sit through 10-minute guitar solos or fake-deep rock'n'roll sermons. In fact, their secret weapon has always been a keen sense for pop structures. And without abandoning the brashness that turned so many of their fans on in the first place, their latest work feels incredibly deliberate. It's always been fine to color outside the lines so long as there's evidence that it's done knowingly and not without conscience. The Growlers' newest Natural Affairs—a mix of danceable late-60's freak-out, tongue-in-cheek exotica and surf rock—finally feels like a party that I'd invite friends to. (Alex Murphy) The Depot, 13 N. 400 West, 7 p.m., $32, 21+, depotslc.com 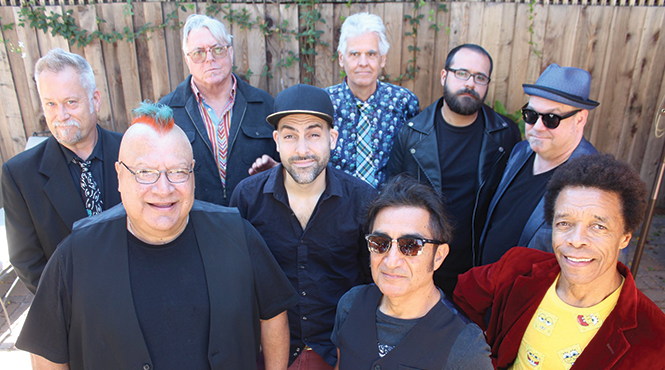 Oingo Boingo Former Members - St. Paddy's Day Celebration
It's often tempting to think of Oingo Boingo exclusively in relation to Danny Elfman. It's an understandable impulse: Elfman has had a luminously successful and impactful career post-Boingo as a film composer, to the point where his origin as a rock singer seems, at times, like a mere footnote. But while the California band's frontman and primary songwriting force was sadly forced to retire from the world of live rock music in 1995 due to acute hearing loss, his former bandmates have continued to entertain audiences regularly with his music in the 25 years since. In fact, they continue to do so even today under the fitting name Oingo Boingo Former Members—and by all accounts, the tunes hold up incredibly well even without Elfman at the helm. Since 2005, drummer Johnny "Vatos" Hernandez has been the sole constant in the lineup as far as original Elfman-era band members go, but lately audiences are being treated to a veritable bevy of Boingo lifers, including guitarist Steve Bartek, bassist John Avila, keyboardist Carl Graves and saxophonist Sluggo Phipps. Assisted by vocalist Brendan McKian, Oingo Boingo Former Members will be serving up their tried-and-true blend of punk, ska and new wave at Salt Lake bar Liquid Joe's, and will no doubt be kicking out classics like "Dead Man's Party," "When The Lights Go Out" and "Weird Science." (Nic Renshaw) Liquid Joe's, 1249 E. 3300 South, 7 p.m. $28.50, 21+, liquidjoes.net

SATURDAY 3/14
Jim Rea and Mark Cassidy of the Hillbenders
Hearing the Hillbenders as a whole is an exceptional experience. But lacking that opportunity, whenever there's chance to catch two members of that renowned bluegrass band in intimate environs, it's a treat to find the perfect pair holding their own. We know this to be true, because the musicians in question—guitarist Jim Rea and banjo player Mark Cassidy—got rave reviews the last time they played Powder Mountain as a twosome. Of course they come bearing a proud legacy, one that found their mothership bending the boundaries between basic bluegrass and reliable rock while carving their own specific niche in wider acoustic music circles. The Hillbenders' take on the Who's "Tommy,"—aptly subtitled "A Bluegrass Opry"—was so remarkably successful, it transformed that seminal rock opera into an entirely original work that brought them widespread admiration from both pundits and peers. Five years later, it has paved the way for the band's current project, cleverly called "WhoGrass": a re-imagining of The Who's history interpreted through banjo, dobro, vocals and percussion. It's highly likely that Rea and Cassidy will show off some invention of their own, given the fact that their contributions to the Hillbenders' remains an intrinsic part of the band's instrumental core. Expect some down-home rambles and upbeat improvisation, as these two Hillbenders helmsmen hit a few high peaks of their own. (Lee Zimmerman) Powder Keg, 6965 E. Highway 158, Eden, 3 p.m., free, all ages, powdermountain.com 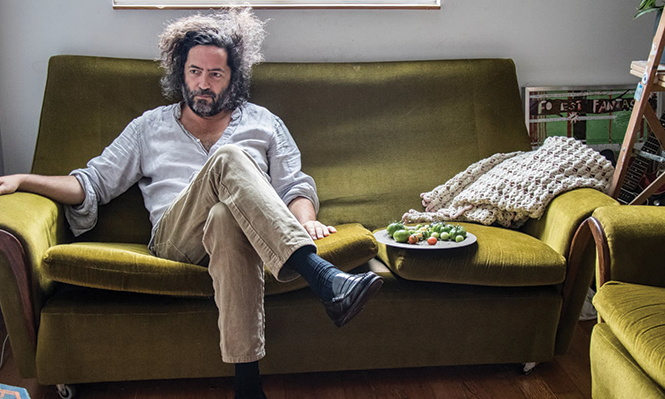 TUESDAY 3/17
Destroyer, Nap Eyes
In the early aughts, Dan Bejar's Destroyer made bookish indie-folk for bedroom recluses. Twenty years later, Destroyer makes bookish synth-rock for recluses in metropolitan lofts. The shift in Destroyer's sound has been more than superficial, though. Bejar's music has become less melodic over the years. Now, he prioritizes understated vocal phrasing that draws attention to his impressionistic lyrics, which bounce between matter-of-fact and profound. And his music has transformed into a charmingly world-weary sort of modern lounge-rock. More and more, he makes music to think to. And the give-and-take of introspective music like Destroyer's is that while it often feels transportational and therapeutic, it also can elicit a self-aware dread that makes you eager to check your phone or step outside for a cigarette. This isn't to say that Destroyer lacks presence, though. For every soft, ambient daydream, Bejar has a bombastic art-rock exultation to provide balance. In fact, to focus too much on the soft side of Destroyer is to ignore why early albums were regularly compared to Bowie's Hunky Dory. Yes, Bejar has been doing a weak-willed Bowie vocal impression since the get-go, but he's also been tapping into Bowie's wide palette of art-rock noise. And what separates Destroyer from other deep-indie mainstays like Arcade Fire or Spoon is that Bejar never seems to actually want to engage his audience so much as he wants to disorient and mystify them. The point is never direct, so instead Destroyer lulls you into introspective dazes that suddenly knock you over the head. Opening the show are the boldly chill slack-rockers Nap Eyes. Expect a night of sly indie poetry and existential MIDI meditations. (Alex Murphy) The Urban Lounge, 241 S. 500 East, 8 p.m., $20 presale; $22 day of show, 21+, theurbanloungeslc.com

WEDNESDAY 3/18
The Young Dubliners
Once frequent visitors to the intimate, iconic and now sadly shuttered Zephyr Club, The Young Dubliners became something of an Irish institution locally, not only on St. Paddy's Day but anytime a manic mood and incendiary attitude are needed to fuel a perfect musical mix. Borrowing their name from a now-mostly-defunct traditional Irish folk ensemble known as the Dubliners, the Young Dubliners also pay homage to their old country origins while tempering their music with a decided punk-like ferocity and some determined musical mayhem. Each member is a superb soloist, and when in full flight, they exude an energy and exhilaration that remains undiminished from first note to the last. Fiddles, guitars, keyboard and mandolin effectively underscore their rocking revelry overall, but their spirited performances are as much about the vibe as about the verbosity. Sadly, it's been seven years since their last album, which was simply dubbed 9 (so named because it was, um, their ninth effort to date), but they're promising a new offering, tentatively titled Road to Saint Patrick, later this year. It couldn't come soon enough. This exceptional Celtic combo proves that no matter what the nationality, their insurgent attitude finds a connection with audiences everywhere. Consequently, here's good reason to raise a pint and to rock, reel and shake a few shamrocks in the process. Irish eyes, bloodshot though they may be, still smile anytime The Young Dubliners are around. (LZ) The Depot, 13 N. 400 West, 7 p.m., $22, 21+, thedepotslc.com