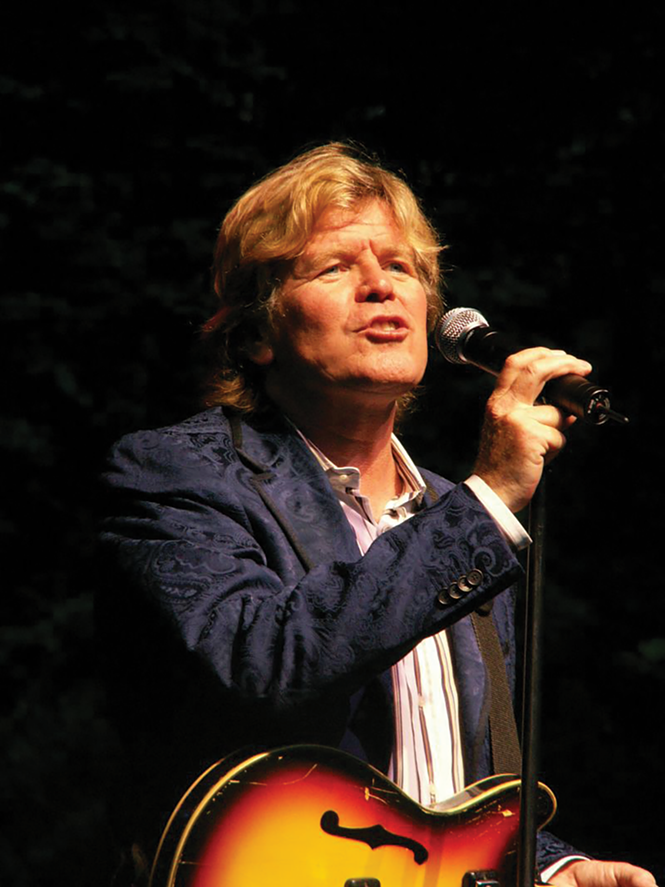 Herman's Hermits feat. Peter Noone
Back in the mid-1960s, at the height of the so-called British Invasion, the Beatles weren't the only band from England that took the states by storm. There were plenty of other contenders as well—The Dave Clark 5, Manfred Mann, The Animals, The Rolling Stones and the most innocent appearing outfit of them all, Herman's Hermits. Today, most are little more than footnotes in rock's ongoing trajectory, but two still remain active and engaged: The Rolling Stones, and ... Herman's Hermits. Granted, the original Hermits disbanded in 1971, but its erstwhile namesake, whose given name is Peter Noone (pictured), continues to carry on the legacy established by such giddy, happy-go-lucky hits as "Mrs. Brown, You've Got a Lovely Daughter," "There's a Kind of Hush," "I'm Into Something Good" and "I'm Henry the Eighth, I Am." Noone was only 15 when the band was formed, but he managed to turn his role as Herman into a lifelong profession. His solo cover of David Bowie's "Oh You Pretty Things" became a top 15 U.K. hit, and he went new wave at the helm of a band called The Tremblers, scored successes on TV, radio and the stage, and currently maintains his upbeat and effusive attitude fronting a new Hermits incarnation. Amazingly cute, cuddly and youthful looking even at age 71, Noone is, as that aforementioned hit claimed, still into something good. (Lee Zimmerman) Egyptian Theatre, 328 Main, Park City, May 16-18, 8 p.m.; May 19, 6 p.m., $43-$75, egyptiantheatrecompany.org 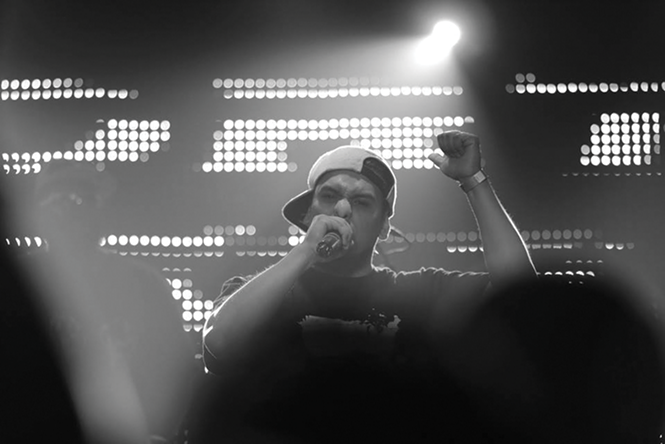 Immortal Technique, Emrsn, Cig Burna
Deep, meaningful raps will always be important to underground hip-hop, and rightfully so. Third-eye-blinding truth is what most hip-hop purists expect, but it's not the only thing that drives the genre. Storytelling, synthesis and satire make for lasting lyrical content. Immortal Technique—born Felipe Andres Coronel—is one of underground hip-hop's most respected emcees, best-known for his magnum opus, "Dance with the Devil." The hip-hop community needs party cuts and deep, intricate lyricism like those of Immortal Technique. Even though dance songs and tunes with a preachy tone seem to have a short shelf life, some are known to make artists a mint in the long run, eventually becoming a permanent part of the culture. Artists like Immortal Technique can still land interviews and book shows—and that's encouraging for old heads. His style is heavier than Slick Rick's jewelry box, which means he won't cater to every fan and every situation, but if you like aggressive New York raps about politics and struggle, Technique is right up your alley. (Keith L. McDonald) Soundwell, 149 W. 200 South, 8 p.m., $25 presale; $30 day of show, 21+, soundwellslc.com

The Samples
It's hard to put an easy label on The Samples' sound. However, that's all the more cause for ongoing admiration from their fans. The Colorado-based band has nurtured a singular identity for more than 30 years, winning a reputation as populist purveyors whose jam-band sensibilities find equal footing with their more melodic attributes. Propeled by reggae rhythms and tightly-knit instrumental arrangements, they've been described as part Police with more than a hint of the Grateful Dead. Indeed, over the course of approximately 25 studio albums, live offerings and assorted compilations, The Samples have attracted a steadfast following even though they remain outside the musical mainstream. We can credit founder and mainstay Sean Kelly for maintaining their mission. At this point in the band's trajectory, he's the sole remaining founding member, having kept The Samples' signature sound flourishing both as a band and on his own despite an ever-changing lineup that's seen some two dozen musicians rotate in and out of the group's ranks. As for their name, it could easily imply the band's fluent mix of musical ingredients, but in fact it derives from the fact that early on, the musicians depended on free samples at a local grocery store to provide their daily meals. Fortunately, that's no longer the case, and with a new album—their first in five years—due soon, we can only hope that Kelly and company no longer have to find such creative ways of subsisting. (Lee Zimmerman) O.P. Rockwell, 268 Main, Park City, 8 p.m.,$45, 21+, oprockwell.com 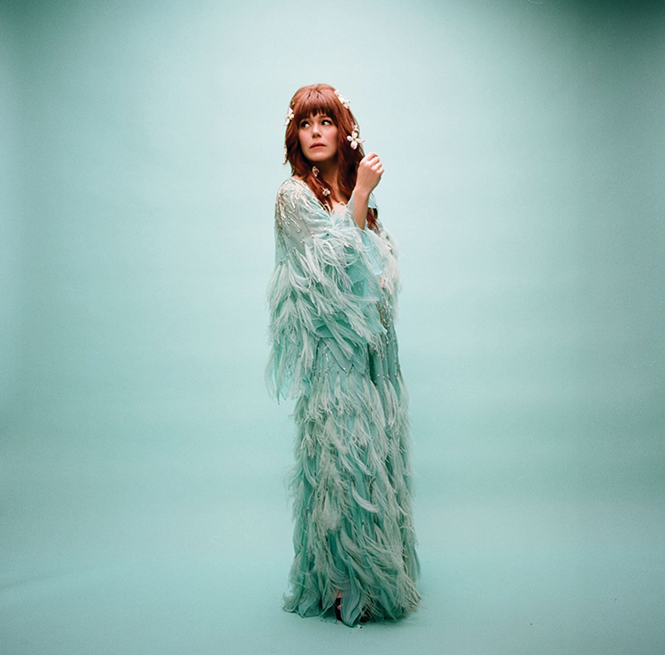 Jenny Lewis, Karl Blau
Jenny Lewis felt the lure of show business early on. Born into a family of entertainers, she següed into a stage career practically from birth, initially as a child actress and then as a singer who established her indie cred as a member of widely hailed alt-rock outfit Rilo Kiley. Giving way to restlessness, she was drawn to a solo career even as she continued to contribute to the band. By the time Rilo Kiley broke up in 2011, Lewis alone already had two albums under her belt, along with the kind of kudos that assured solo success. Lewis recently celebrated the arrival of a new album, On the Line, her fourth to date and arguably her most successful; it already reigns at the top of the charts. But in the beginning, Lewis was forced to face her fears. "It is scary and a lot of responsibility," she once told Miami New Times. "I'm the only one that can sabotage my own career. I have a pretty strong artistic vision. ... It's kind of great to be able to express that." It's all the more remarkable considering the fact that she's signed to Warner Bros. Records yet is still given free rein to pursue her artistic inclinations without the constraints major labels often impose. If the album's title reflects a certain sense of responsibility, Lewis is leveraging it well. The show is sold out at press time, but fans can still see her on July 11 at the Deer Valley Concert Series. (LZ) The Commonwealth Room, 195 W. 2100 South, 8 p.m., sold out at press time, 21+, thestateroompresents.com 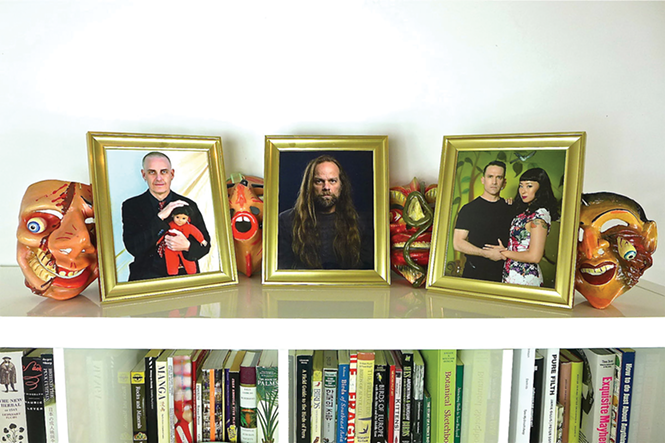 Xiu Xiu, Durian Durian, Muzzle Tung
Of all the acts to rise to prominence in the 21st century from the post-punk diaspora, Xiu Xiu is perhaps the strangest. Spearheaded by singer, multi-instrumentalist and provocateur Jamie Stewart, Xiu Xiu's body of work ranges all over the map stylistically, from caustic industrial howls and delicate acoustic balladry to deranged spoken-word pieces, haphazardly tied together by Stewart's warped, idiosyncratic musings on nihilism, societal decay and queer sexuality. Stewart often seems determined to alienate as many people as possible, whether it's through shocking, vulgar lyricism, abrasive instrumentation and vocals or songs that eschew conventional structure. Nonetheless, Xiu Xiu has amassed a sizeable following since the release of their 2002 debut Knife Play, and their influence can be heard in scores of experimental artists tackling LGBTQ themes today. The past few years have seen the group catch something of an artistic second wind—their 2016 covers album Plays the Music of Twin Peaks became their most acclaimed and popular release in more than a decade, and recent albums like Forget and this year's Girl With Basket of Fruit have enjoyed similarly warm receptions. Xiu Xiu are known for bringing all the intensity and inventiveness of their recorded work to their live sets, and we here in SLC will be able to experience this first-hand when the band takes the stage at The Urban Lounge. Local post-punkers Muzzle Tung and drone-dance act Durian Durian open. (Nic Renshaw) The Urban Lounge, 241 S. 500 East, 8 p.m., $14 presale; $16 day of show, 21+, theurbanloungeslc.com 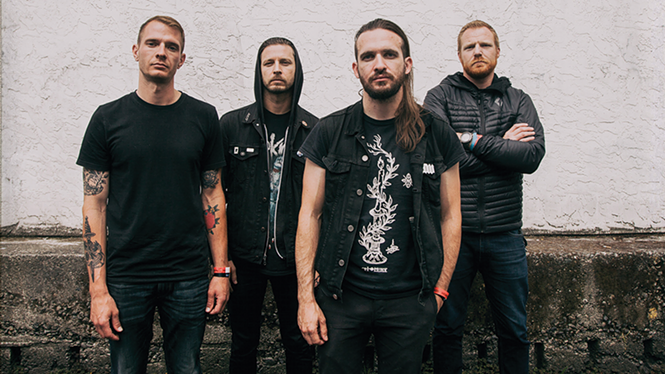 Cult Leader, Baby Gurl, Call of the Void
Cult Leader is quite possibly the biggest Utah metal band ever. Rising in 2013 from the ashes of the mighty Gaza (themselves leading lights in the world of extreme metal throughout the 2000s), Cult Leader further honed their previous band's potent mix of crust punk, sludge metal and grindcore into a dense and chaotic sound that impressed Converge's Jacob Bannon enough to sign the young group to his own Deathwish, Inc. label. In 2015, they marked the release of their debut full-length Lightless Walk, which dished out plenty of the same punishing riffage that Gaza built their name upon. However, Lightless Walk also found Cult Leader venturing forth into brooding, atmospheric gothic rock in several places, calling to mind acts like Nick Cave and Swans on songs "How Deep it Runs" and "A Good Life," as well as the apocalyptic title track. The album was a hit with critics and garnered the band a following beyond the borders of the Beehive State. Cult Leader finally unleashed their sophomore album, A Patient Man, in November of last year, again balancing sonic wrecking balls like lead single "I Am Healed" with dark slow-burners like "To: Achlys." Fresh off a run of tour dates in Oceania and East Asia, Cult Leader is kicking off a North American tour at The Beehive. Joining them are local noise-rock duo Baby Gurl and Denver-based grindcore act Call of the Void. (NR) Beehive Collective, 666 S. State, 7 p.m., $10 presale; $12 day of show, beehivecollectiveslc.com