THURSDAY 5/18
Mono, SubRosa
Tokyo foursome Mono is difficult to pin down. Terms like "post-rock," "shoegaze" and "orchestral rock" are tossed about like guitar picks, but the best term for their kaleidoscope of sound is "cinematic." It's an easy but fitting label for instrumental music, where lyrics can't place even the sketch of a thought into your head—it's all about sounds. Celluloidal sonics abound on the band's current album, Requiem For Hell (Temporary Residence, 2016). Produced by the legendary Steve Albini and based on Dante's Divine Comedy, the lush, atmospheric five-track set is music to dream by. Opening act, local experi-metal doom band (with two violinists to boot!) SubRosa also puts visions in heads, courtesy of the literary pen of frontwoman/bookworm Rebecca Vernon, the bewitching dual-violin combo of Kim Pack and Sarah Pendleton, and the formidable battery of bass player Levi Hanna and drummer Andy Patterson. They've just returned from two well-received shows—one heavy, one subdued—at the Roadburn Festival in the Netherlands, promoting For This We Fought the Battle of Ages (Profound Lore, 2016), which dropped like a hammer last autumn. (Brian Staker) Urban Lounge, 241 S. 500 East, 8 p.m., $15 presale; $17 day of show, 21+, theurbanloungeslc.com

THURSDAY-SATURDAY 5/18-20
Hot Tuna
Hot Tuna could be considered the last vestiges of San Francisco's hallowed Summer of Love. Bassist Jack Casady and guitarist Jorma Kaukonen formed the group as a spinoff of Jefferson Airplane—a band essential to the soundtrack of the '60s—but they quickly morphed into an entity all their own. Indeed, they've earned credit and credence for ushering modern blues into the new millennium. Other outfits championed the same cause, but it was Hot Tuna that tapped into tradition and repurposed it with a sound that was cool, contemporary and favored by their tie-dyed legions. Each a virtuoso in his own right, Casady and Kaukonen have switched their template from acoustic to electric over the course of their more than four-decade career. And while there have been frequent breaks in the band's trajectory and members who've come and gone, Casady and Kaukonen keep Hot Tuna swimming. (Lee Zimmerman) The Egyptian Theatre, 328 Main, Park City, 8 p.m., $43-$85, all ages, egyptiantheatrecompany.org 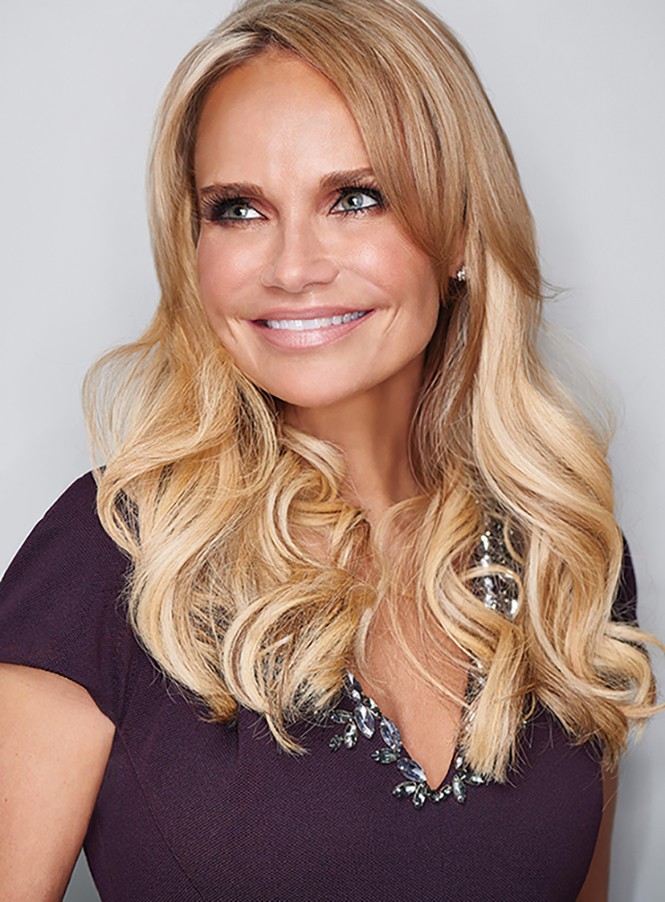 FRIDAY-SATURDAY 5/19-20
Kristin Chenoweth
Actress/singer Kristin Chenoweth garnered a Tony Award as Sally in the 1999 Broadway production of You're a Good Man, Charlie Brown, and Playbill said she "set the gold standard" with her 2003 portrayal of Glinda the Good Witch in the musical Wicked. She's also been noted for her roles as Annabeth Schott on The West Wing, Olive Snook on Pushing Daisies and Miracle Grohe on the adult animated series Sit Down, Shut Up—plus six albums, including The Art of Elegance (Concord, 2016). Something else to applaud: The self-described "non-judgmental, liberal Christian" also supports gay rights. With her wide-ranging repertoire, there's bound to be something for everybody in her live performance as part of BYU's BRAVO! Professional Performing Arts Season. (BS) de Jong Concert Hall, Franklin S. Harris Fine Arts Center @ BYU, Provo, 7:30 p.m., $39-$95, all ages, arts.byu.edu

SATURDAY 5/20
The Honeypot Festival Benefit Show feat. The Chicharones, The Outsiders, Malev Da Shinobi, Dumb Luck
Depending on the cleanliness of one's mind, the word "honeypot" conjures either a tubby, bewildered bear with a sweet tooth or a ... I forget the other image. Maybe some kinda flower? But I do recall it seemed to be more worthy of a fundraiser than some ursine klutz with a sticky addiction. Anyway, it turns out the festival's full name is the Honeypot Glass Blowing Competition & Art Festival, which could be an even worthier cause. You see, blown glass is so much more than a way to keep smoke shops stocked with swirly carcinogen-and-good-feelings delivery devices; it's art, dude. Just check out Dale Chihuly's website (chihuly.com) or visit Abravanel Hall to see his wondrous Olympic Tower sculpture. Or my buddy Chuy's selection of the aforementioned paraphernalia (by appointment only.) As far as I know, neither of them will be at the festival this year—its third—but there's no shortage of incredible blown-glass artists in town, and you can see their work at honeypotglasscomp.com. The day-long festival itself sounds like a blast, with "live glass blowing, live music, food and art vendors, a marble land with trade, tournaments, games, other live art and fun," according to a press release, while raising awareness of the art form. Saturday's show is meant to raise prize money for the competition, and features the diversely inspired, ridiculously fun Portland hip-hop group The Chicharones headlining over some of Salt Lake City's craftiest rappers. (Randy Harward) Urban Lounge, 241 S. 500 East, 8 p.m., $10 presale, $15 day of show, 21+, theurbanloungeslc.com

SATURDAY 5/20
Crook & The Bluff
Last month, Crook & The Bluff, along with Pig Eon and Candy's River House, performed a landmark sold-out show at The State Room. "Ménage a Trois" found all three bands on stage at once, alternating song-for-song. When one band was in the spotlight, the members of the other two reclined on a pair of couches and popped up for guest turns on each other's tunes. Each band is led by singular talents—Kirk Dath, Sam Smith and Jordan Matthew Young, respectively—and "Ménage" wasn't like watching three local bands, but rather a trio of esteemed, established talents. It was almost like seeing a supergroup like Cash-Jennings-Kristofferson-Nelson as The Highwaymen, but with a celebratory air like in Martin Scorsese's concert film The Last Waltz, where The Band played a farewell show studded with guest stars like Bob Dylan, Neil Young, Muddy Waters and a dozen other musical luminaries. But it wasn't just about the frontmen—the Bluff, Pig Eon and Candy's are three of the best bands that Salt Lake City has ever seen. So "Ménage" was a supergroup of supergroups; a throng of musicians teamed up to put on a truly epic and thrilling event. Also, as with Waltz, it was also a bit sad, since the Bluff is headed to New York and Candy's is moving to L.A. They'll all rise to the top of any pond they inhabit, but losing even one of them is a terrible misfortune. So, see them while you can, SLC. Especially if "Ménage" mastermind Dath decides to stage a sequel. May I suggest a title? "Ménage a Trois Deux: The Troix Comes Again." (Randy Harward) The Hog Wallow, 3200 E. Big Cottonwood Canyon Road, 9:30 p.m., $7, 21+, thehogwallow.com

WEDNESDAY 5/24
Jessica Hernandez & the Deltas
While the Trump administration and Congress peer suspiciously at the U.S.-Mexico border and immigration, Jessica Hernandez & the Deltas prove that multiculturalism stirs America's musical melting pot. Two new albums—Telephone and Teléfono—offer the opportunity to enjoy their music in both English and Spanish, allowing Hernandez herself to delve further into her own Cuban-Mexican heritage. They're essentially the same album, but on the latter, she sings in Spanish, adding even more flavor to the band's unlikely blend of goth, Latin rock, psychedelia, surf, cabaret and dance, and creating a sound that's not only astonishingly bold and incisive but also remarkably original within the context of modern music. Equally expressive onstage, Hernandez and her band cultivate their crossover efforts with vigor on their U.S. tour. (LZ) The State Room, 638 S. State, 8 p.m., $15, 21+, thestateroomslc.com