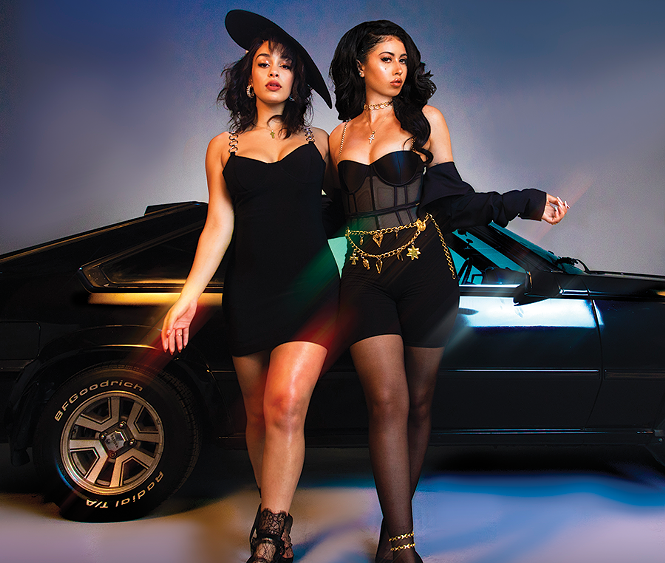 Kali Uchis, Jorja Smith, Mia Carucci
For many young artists, self-confidence can quickly veer into arrogance, with a sheen of bravado masking a lack of maturity. Kali Uchis and Jorja Smith, however, are not those artists. At just 24 and 21 years old, respectively, the Colombian-American Uchis and the Jamaican-English Smith lead a new wave of singer-songwriters redefining the nexus of R&B, neo-soul, doo-wop and electronic sub-strains like trip-hop and acid rap. Together, their joint The Kali & Jorja tour has elevated Uchis and Smith to pop superstar territory, with sold-out shows across the country attracting rabid fans and fawning critics. Uchis pulls the bulk of her half of this co-headlining bill from last year's album Isolation, a stream-of-consciousness pop gem that blends banging production with a know-thyself lyrical narrative geared perfectly for the millennial generation. Meanwhile, Smith's 2018 debut full-length Lost & Found garnered the Brit a Best New Artist nomination at the 2019 Grammy Awards. It's the genre-blending covers—Radiohead's "Creep," Destiny's Child's "Say My Name," Don Omar's "Pobre Diablo"—that this dynamic duo has been performing at recent concerts that highlights their creative voraciousness, though. And when they close the night out with the call-and-response choruses of their collaborative hit single "Tyrant," Uchis and Smith embody the confidence fully baked into their artistic personalities. "I can still reclaim my own femininity [and] take a hold of my own sexuality," Uchis says in a news release for Isolation. "[I can] wear what I want to wear, look how I want to look, be who I want to be and that doesn't mean that I can't also be a creative, an intellectual—someone who calls their own shots in their life." (Nick McGregor) The Complex, 536 W. 100 South, 7 p.m., $29.50, all ages, thecomplexslc.com

Combo Chimbita, Prince of Queens, Musor
Every now and then, an artist or group comes along who reminds listeners exactly what psych music really is, and what it can be. The genre is experimental ground for many, but forays into the unknown seem to get lost in the weeds—or rather, the effects pedals. Enter Combo Chimbita, an NYC-by-way-of-Colombia foursome who've constructed a glimmering, compelling sound by combining a base of Colombian folkloric Cumbia with reggae, salsa and funk, to create a truly psychedelic sound, though they describe it as "tropical futurism." Their first, critically acclaimed album, 2017's Abya Yala, and their recently released Ahomale both embody the spirit of experimentalism. Songs move steadily between slow-burning grooves fueled by sultry, tropical tones ("Dame Tu Mano," "El Camino") and high drama with energetic percussion ("No Regreso") and sudden, almost-thunderous psych moments ("Ahomale"). Ahomale includes a touch of punk with songs like "Al Templo" that rock with heavy guitar, and remains just as hypnotic as their debut, if it doesn't stir the blood a bit more. There's a spirit of clear consideration, intent and careful restraint as they embark on their sonic explorations, and the whole process is grounded and further-uplifted by vocalist Carolina Olivero's spirited voice, with its low registers and moments of near-keening. Although she sings entirely in Spanish, her magnetism is irresistible. The group will be quickening heart rates and moving bodies all over the country during their tour for Ahomale, supported by one of their members as a solo act, Prince of Queens, and at their SLC stop, by West Valley City locals Musor. (Erin Moore) Kilby Court, 741 S. Kilby Court, 7 p.m., $12 presale; $14 day of show, all ages, kilbycourt.com 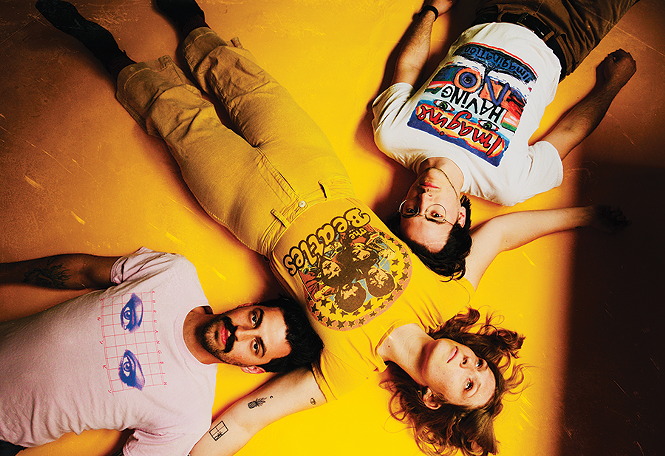 Liz Cooper & The Stampede, Harpers
Liz Cooper & The Stampede defy any easy attempt to confine them to any particular style. Although best described as psychedelic folk, Cooper's singular singing style—combined with the band's atmospheric arrangements—place them in a category of their own, thanks to an approach that's circumspect yet alluring. With four EPs and one LP to their credit, Cooper and company have garnered an ample amount of critical acclaim, with most pundits raving about the trio's assured sound and willingness to be daring and direct without falling prey to excess or inanity. Their debut album, 2018's Window Flowers, provided an excellent showcase for their skill and savvy, with 11 tracks that veer from plaintive balladry to all-out exposition. Keyboards, glockenspiel, pedal steel and banjo underscore the usual rock regimen, making for a dazzling and distinctive combination that's often unexpected, yet completely compelling. Cooper herself is a convincing and charismatic front person, prone to singing in a way that's sensual and seductive. The band is adept as well, one reason why their live shows are always remarkable. Naturally, we wouldn't make that claim unless it was completely true, which is why the group's upcoming performance at Kilby Court ought to win over the uninitiated and demonstrate one more reason why this band appears on the cusp of a breakout. It might not seem like a stampede just yet, but Cooper and her compatriots are clearly moving forward. (Lee Zimmerman) Kilby Court, 741 S. Kilby Court, 7 p.m., $12 presale, $15 day of show, all ages, kilbycourt.com

Sleep, Big Business
The sound of Sleep is a monolithic, awe-inspiring thing, made up of pounding, sluggish drums, thick, distorted walls of pure guitar and bass fuzz, and commanding vocals, delivered in an almost chant-like manner. And weed jokes—lots and lots of weed jokes. Indeed, guitarist Matt Pike and bassist/vocalist Al Cisneros have been stoner metal's most notorious stoners since the early '90s, and remained heavily influential figures in the scene even after Sleep's 1998 breakup. Pike formed sludge metal band High on Fire and Cisneros formed doom metal act Om along with drummer Chris Hakius. Both bands grew to be successful and respected in their own rights, but Sleep's twin magnum opuses, 1992's Sleep's Holy Mountain and Dopesmoker (recorded in '96 but entangled in record label disputes until 2003) attained near-legendary status, becoming holy grails for every kid with a bong and/or a fuzz pedal. Sleep reunited in 2009 with new drummer Jason Roeder, and finally released the long-awaited follow-up to Dopesmoker, entitled The Sciences, in 2018. The album delivered all the pot-loving Sabbath-worship one would expect from a Sleep album, boasting Pike's signature beefy guitar tone, as well as song titles like "Marijuanaut's Theme" and "Giza Butler." Sleep is currently on tour for The Sciences, and comes to town joined by Seattle power duo Big Business, best known for their work with sludge pioneers Melvins in the mid-to-late 2000s. (Nic Renshaw) Metro Music Hall, 615 W. 100 South, 8 p.m., $30, metromusichall.com

Marianas Trench, Scott Helman, DJ George Thoms
One would be hard-pressed to find a more devoted student of pop song-craft than Josh Ramsay. The Canadian musician's biggest claim to fame might still be his writing and production work on Carly Rae Jepsen's inescapable 2012 smash hit "Call Me Maybe," but he's also led his own band Marianas Trench through nearly two decades of sustained (albeit smaller-scale) success. Starting off as a fairly conventional emo-pop act in the early aughts, the Vancouver-based quartet truly came into their own with 2009's Masterpiece Theater, an irrepressibly bombastic slice of pop-punk that cribbed notes from pop heavyweights of the '70s and '80s like Queen, Phil Collins and Journey. Queen in particular became a favorite reference point for fans and critics, because of the band's newfound penchant for multi-tracked vocal harmonies and Ramsay's powerful, elastic voice. In recent years, Marianas Trench have adopted a somewhat less rock-oriented approach—synth-pop and new wave influences dominated 2015's Astoria, and one-off single "Pop 101" found Ramsay diving head first into nearly every Top 40 trope of the past 15 years with gleeful abandon. Marianas Trench is currently touring in support of their new album Phantoms, and stops by The Depot for a night of high-octane pop theatrics. Toronto-based singer-songwriter Scott Helman and DJ George Thoms open. (NR) The Depot, 400 W. South Temple, 7 p.m., $24-$124, depotslc.com 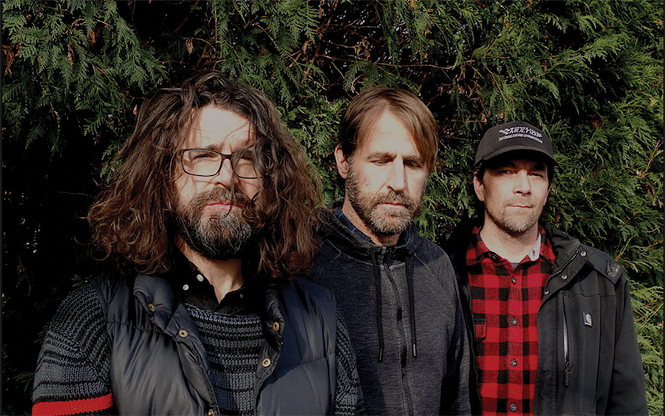 Sebadoh, Flower
No one typifies the indie ethos more than Sebadoh, the Massachusetts-based band founded in 1988 by bass player Lou Barlow following his forced departure from Dinosaur Jr. Although they managed a consistent flow of intriguing albums early on, their success was spotty at best, and just more than 10 years after first forming, they went on hiatus for another decade, playing only occasional reunion shows to support various re-releases of their seminal offerings. Happily then, their first new studio effort in 14 years, 2013's Defend Yourself, brought renewed interest and the overdue respect that other alternative outfits—contemporaries like Pavement, Nirvana and Guided by Voices in particular—had garnered in their stead. An upcoming effort, ironically titled Act Suprised, is due for imminent release and, if justice is served, will allow them to consolidate their gains, inspire the faithful and bring newer followers to the fold. Granted, it's unlikely that Sebadoh will ever fall prey to commercial concerns, given that Barlow has typically opted for a lo-fi approach, whether with the band, his solo work or the occasional efforts of his side project, The Folk Implosion. After all, Sebadoh tended to lean toward grunge, with minimal heed paid to melody and extra emphasis placed on discord and distortion, as was apparent on early albums like Sebadoh II, Bakesale and Harmacy. Still, there's always been something unerringly affecting about this band—an earnest, uncompromising sensibility that combines innocence and daring. It's an unlikely blend, but one sorely needed given the pomp, predictability and bravado shared by many of today's so-called stars. (LZ) The Urban Lounge, 241 S. 500 East, 8 p.m., $18 presale; $20 day of show, theurbanloungeslc.com