Voivod, Buildt to Spill, The Kills and more

FRIDAY 5.27
Voivod
Quebecois metal innovators Voivod will celebrate their 35th anniversary next year. That's one helluva long career for a band that's existed largely in the cult realm. To be sure, Voivod is a band's band, and one that music geeks can hold precious without fear of them getting swallowed up in—and diluted by—the mainstream. But that's also a shame, as any band that can switch from speed metal to prog to thrash and end up with their own unique sound—one that remains unique after all that time—deserves to stand at the top of the heap. Even more so, since they lost co-founding guitarist Denis "Piggy" D'Amour, who was a major creative force in the band. Fortunately for us, Piggy left behind tons of music, which Voivod turned into Katorz (The End/Nuclear Blast, 2006) and Infini (Relapse, 2009). Also serendipitous is that the band elected to continue making music once they depleted their stockpile. Target Earth (Century Media) came out in 2013, and made good on Voivod's promise to continue only if they could keep Piggy's essence in their sound. Well, Target hit the mark, and so does Post Society, the band's new five-track EP. With King Parrot, Child Bite, and locals Sonic Prophecy and Truce in Blood. (Randy Harward) Liquid Joe's, 1249 E. 3300 South, 7 p.m., $12, LiquidJoes.net

Karl Blau
Few artists are as prolific as indie singer-songwriter Karl Blau. Over the last two decades, the Seattle-based Blau has put out 33 solo albums (see Klaps.Bandcamp.com) and a bunch more with acts like lo-fi noise band The Microphones, drone metal outfit Earth and as a sideman to his friend, singer-songwriter Laura Veirs. It's with some irony, then, that his latest album is called Introducing Karl Blau (on Veirs' Raven Marching Band label)—and it's also a covers album. On the disc, Blau covers Link Wray, Tom T. Hall, Tom Rush, Townes Van Zandt and the Bee Gees, among others. Although covers albums can be uneven, Blau's is actually quite cohesive. The songs come from the '60s and '70s, but in Blau's hands, they sound like late-'70s/early-'80s country album he'd have promoted with an appearance on the Barbara Mandrell and the Mandrell Sisters—if he wasn't just a kid back then. It also features guest appearances from Veirs, Jim James of My Morning Jacket, Earth's Steve Moore and more. Most notable, however, is how Blau, with his hypnotic, resonant vocals and consistent vision for the album, make these tunes his own—hence, perhaps, the title. (RH) Studio Dada, 235 S. 900 East, Provo, 7 p.m., $5-10 donation strongly encouraged, StudioStudioDada.com

Built to Spill
Quick: Name an indie rock band on a major label from Boise, Idaho. Going on 25 years in existence, Built to Spill has been a staple of the Warner Bros. roster from their third release, Perfect from Now On (1997). Their eighth full-length Untethered Moon was unveiled last year, and there's something reassuring, in the constant here-today-gone-tomorrow novelty world of indie rock, that Doug Martsch and company are still out there, churning out the post-Neil Young/Dinosaur Jr. sludge riffs and sing-along melodies. With our proximity to the Gem State, we are lucky enough to get to see the band at least once a year, but we shouldn't take them for granted—theirs is a combination of songwriting, love of performance and guitar artistry not commonly seen in indie rock. Built to Spill is a gem. The Hand opens. (Brian Staker) The Urban Lounge, 241 S. 500 East, 8 p.m., $22, TheUrbanLoungeSLC.com

SATURDAY 5.28
Sculpture Club Album Release & JAWWZZ!! Funeral
For over four years, JAWWZZ!! has been a focal point of the SLC indie rock scene, with a pair of albums under their belts and a nice following in the rock crowd. But now the trio are retiring that name and moving on with a new moniker: Sculpture Club. Same three members, same awesome post-punk/garage/new wave sound that kicks you in the ass and makes you want to dance. The band will be releasing their latest full-length album, A Place to Stand, on cassette this Saturday. They'll be performing with touring Los Angeles punk duo Spokenest (who very much need your donations and merch purchases as they make their way back home), and local post-wave trio Browser. (Gavin Sheehan) Diabolical Records, 238 S. Edison St., 8 p.m., $5 donation, Facebook.com/DiabolicalRecords 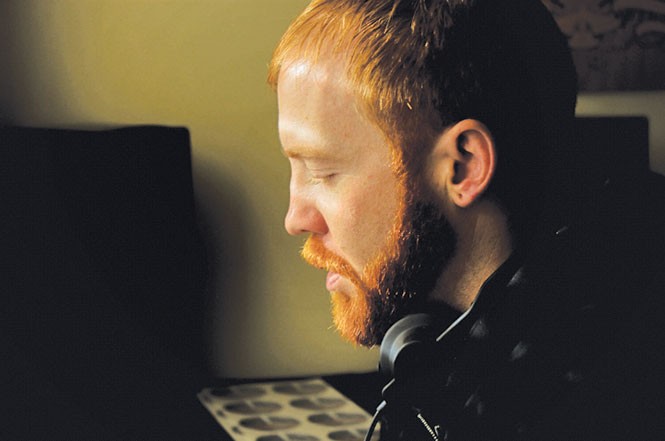 All You Can Beat: Dirt First vs. Ficelords, Concise Kilgore, Gravy.Tron, Mr. Vandal
Every few months, The Urban Lounge holds a special party where local DJs and producers are brought together for a night of innovative sounds and chill vibes. The next All You Can Beat features Ficelords—a duo comprised of Concise Kilgore (aka Tavie Mason) and Flash & Flare (aka Kyle Erickson)—and some of the artists from Utah's own Dirt First Records. Concise Kilgore presents an undeniable bravado in his word-association, rapid-fire flows. With a healthy sense of humor and an ear for entrancing hooks, Concise Kilgore's lyrical abilities bob and weave effortlessly over Flash & Flare's highly idiosyncratic, electronica influenced, quirk-filled beats. Gravy.Tron, a DJ and producer with an ever-growing following, probes the space between trance, hip-hop, trap and 808 blipping within their instrumental dreamscapes. Mr. Vandal has an omnivorous musical taste and sensibility—equal parts experimental, mystic and darkly mesmerizing. (Zac Smith) The Urban Lounge, 241 S. 500 East, 9 p.m., free before 10:30 p.m. ($3 after), TheUrbanLoungeSLC.com

SATURDAY 5.28
The Kills, L.A. Witch
In a starkly minimalistic style that is as anti-establishment as it is pro-listener, The Kills have reinvigorated the D.I.Y. movement pioneered by influences The Velvet Underground, Patti Smith and The Clash. Formed in 2000 by Alison Mosshart and Jamie Hince—better known respectively as VV and Hotel—The Kills will drop their fifth album, Ash and Ice (Domino) June 3. L.A. Witch, comprised of Sade Sanchez, Irita Pai and Ellie English, present a style of garage rock with Siouxsie-like guts and glamour. (Zac Smith) The Depot, 400 W. South Temple, 8 p.m., $25 in advance, $28 day of show, $2 surcharge if under 21, TheDepotSLC.com 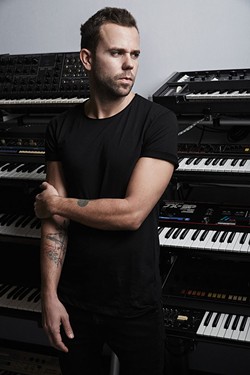 MONDAY 5.30
M83
There's something dreamy, even cosmic, about the French-band based in Los Angeles, M83, so it's no surprise they took their name from the constellation. This style of electronic dance pop seems to have been perennially popular with a certain sub-section of the dance club set since the '80s—of which M83's music is reminiscent. Their last album, 2011's Hurry Up, We're Dreaming, has the atmosphere of a soundtrack for an imaginary movie; afterward, the group was tapped to write several soundtracks, and even earned a Grammy nomination for the record. Their latest, Junk (Mute), features the track "Go!" with guest vocals by Mai Lan and a spaced-out solo by guitar wizard Steve Vai. Bob Moses opens. (Brian Staker) The Great Saltair, 12408 W. Saltair Drive, 7 p.m. (doors), $33.50-$36, TheSaltair.com