To get a taste of the heavy but surreal darkness at the center of the music produced by Brighton, England, garage-rock/surf band The Wytches, check out their music video for "Burn Out the Bruise," from their debut album, Annabel Dream Reader, released over the summer. Grainy, blown out, often blurry and filled with static, it looks like an Instagram video gone wrong, shot at a party where the pirate-garbed attendees have had too much to drink. That combination of zaniness and spookiness bubbles up in varying levels throughout the rest of the album, on ear-grating tracks like "Gravedweller" and the slowly exploding "Wire Frame Mattress," which feature walls of blistering guitar and the primal, warbling vocals of frontman Kristian Bell. Local rockers Max Pain & the Groovies will open. (Kolbie Stonehocker) Kilby Court, 741 S. Kilby Court (330 West), 8 p.m., $8 in advance, $10 day of show, KilbyCourt.com 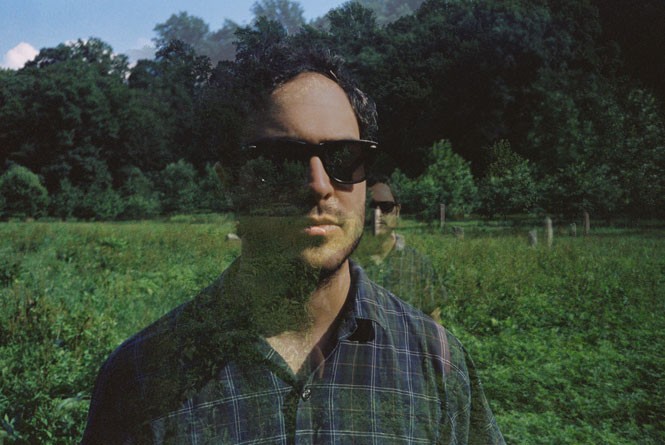 
Purling Hiss has grown from the solo project of songwriter/guitarist Mike Polizze into a trio, but his style still pervades the Philadelphia guitar-driven psych-punk band's new album, Weirdon, released in September. While 2013's Water on Mars found Purling Hiss delving into brain-punching heavy-rock territory, the diverse and dynamic Weirdon is based around pop structures—albeit pop as heard through a trippy Polizze lens. "Learning Slowly" has some jagged edges even though it has a tight guitar line and lots of jangly tambourine, and the droning melody and minor guitar chords of "Another Silvermoon" lend the dreamy tune some smoky darkness. Local acts The Nods, garage-rock band Chalk and punk rockers Swamp Ravens are also on the bill. (Kolbie Stonehocker) Diabolical Records, 238 S. Edison St., 8 p.m., $5, Facebook.com/DiabolicalRecords


This Los Angeles rock foursome haven't released a full-length album yet, but they've been generating some buzz online thanks to the series of singles they've released recently in anticipation of their upcoming self-titled EP. And those songs stand up to the hype; punchy, bluesy tracks "Wicked Ones," "After Midnight" and "Wild Fire" are bursting with raw, snarling power thanks to a combination of pounding drums and epic guitar riffs, but mostly thanks to the band's namesake and frontwoman. With a voice that could blow the roof off any venue, she channels classic female rockers like Janis Joplin as well as modern belters like Grace Potter, while keeping a middle finger held high. Keep the band on your radar; Dorothy's debut full-length should be sweet. The Features, Chappo and Tristen will open. (Kolbie Stonehocker) The Urban Lounge, 241 S. 500 East, 8 p.m., free, TheUrbanLoungeSLC.com 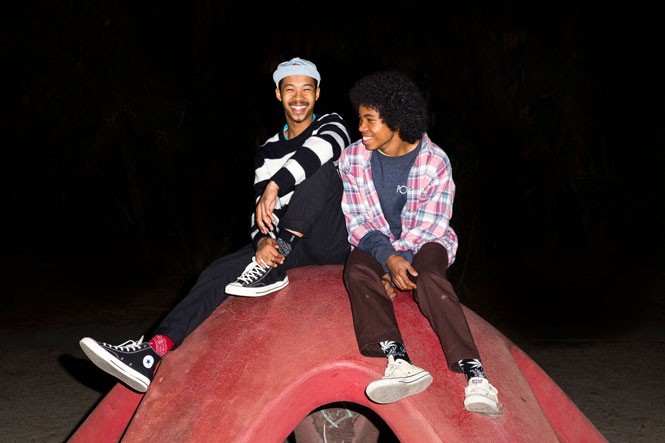 
Laid out in the same format as a Buzzfeed "listicle," complete with more than 40 gifs, the music video for The Bots' new single, "All I Really Want" (billed as the "internettiest music video that has ever internetted"), is undoubtedly a product of 2014. But a live performance by Los Angeles sibling bandmates Mikaiah Lei (vocals, guitar, bass) and Anaiah Lei (percussion) is much more timeless. When The Bots did a NPR Tiny Desk Concert in October—around the time when their full-length debut, Pink Palms, was released—their performance was made up of only one dude on guitar and another on drums, but they poured tremendous energy and passion into their loosely hinged punk/blues sound. It's no wonder they were named Most Likely to Succeed by Rolling Stone after their performance at Coachella this summer. (Kolbie Stonehocker) The Shred Shed, 60 E. Exchange Place (360 South), 8 p.m., $8 in advance, $10 day of show, ShredShedSLC.com 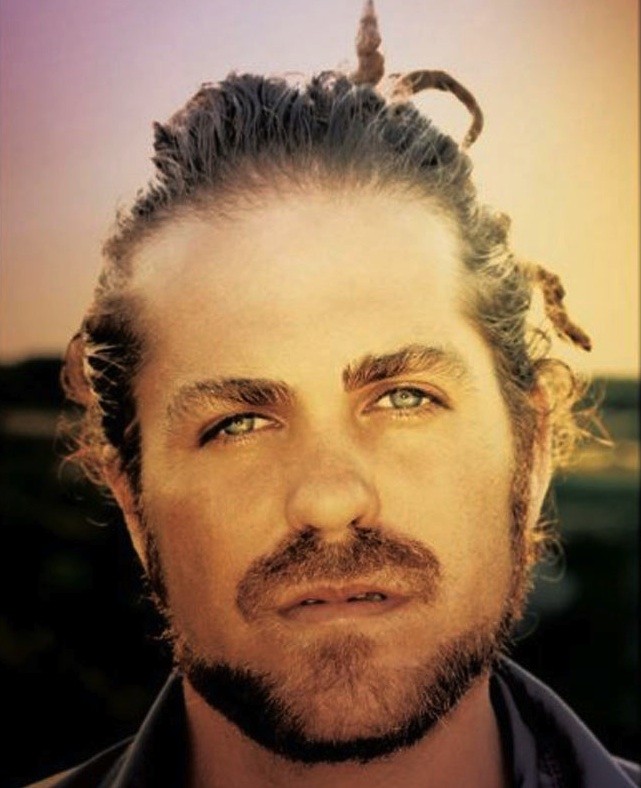 
Singer/songwriter Citizen Cope has spent most of his career on tour, but it doesn't slow him down from constantly creating. Using an acoustic guitar, he mixes blues, rock and funk with his raspy, deep and soulful voice to create moving songs. His style has been sought after by musicians like Carlos Santana, Dido and Sheryl Crow, who have recruited him for collaboration on their own songs. Tracks from his sophomore album, The Clarence Greenwood Recordings, have lasted through the years with songs like "Sideways" and "Son's Gonna Rise" making the rounds on several movie and television soundtracks. Citizen Cope is celebrating the 10-year anniversary of The Clarence Greenwood Recordings by touring and performing the album in its entirety, along with other favorite songs, with a full band. (Rebecca Frost) The Depot, 400 W. South Temple, 9 p.m., $31 in advance, $36 day of show, DepotSLC.com; limited no-fee tickets available at CityWeeklyStore.com 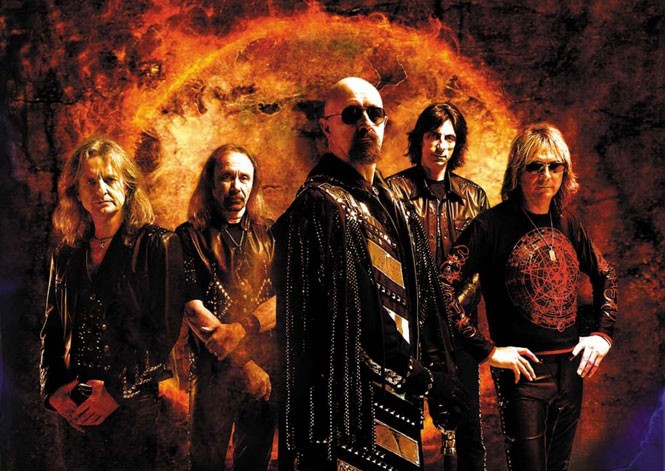 
Judas Priest has a reputation to live up to, and its latest album, Redeemer of Souls, released in July, does the band’s name justice. The album shows that even after 40 years of fame, Judas Priest hasn’t lost its heavy-metal grit. Their elaborate guitar solos are still frequent, as are their poetic lyrics sung by longtime vocalist Rob Halford. They haven’t slowed their pace over the decades, either, with their use of rapid percussion beats that set the tone for their up-tempo, hard-hitting jams. Steel Panther will also perform. (Nathan Turner) Tuesday, Nov. 18 @ Maverik Center, 3200 S. Decker Lake Drive, 7:30 p.m., $36.50-$56.50, MaverikCenter.com 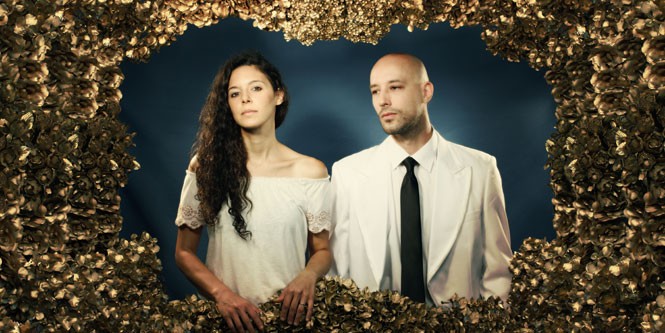 
With colorful images as fantastical as butterflies with antlers, impossibly high carousel horses and evil rabbits, the album covers by Cleveland art-rock duo Mr. Gnome are eye-catching indeed—check out their Bandcamp page to see them all together. And their music is just as strange and peculiar as well as ear-ticklingly catchy; the band's upcoming album, The Heart of a Dark Star, out Nov. 18, is the first that vocalist/guitarist Nicole Barille and drummer/pianist Sam Meister have created and produced entirely on their own, and the unfettered creativity definitely shows. On new single "Melted Rainbow," Mr. Gnome juxtapose heavy percussion and a lurking guitar line with layers of feral, childlike vocals for a feel that's ethereal but gritty. Young Tongue and Big Wild Wings are also on the bill. (Kolbie Stonehocker) The Urban Lounge, 241 S. 500 East, 9 p.m., $10 in advance, $12 day of show, TheUrbanLoungeSLC.com