Local guitarist, vocalist and composer Gentry Densley stays plenty busy writing music and gigging with his main project, sludge-metal duo Eagle Twin. But once in a blue moon, he reunites with the lineup of cult favorite Iceburn—which he founded in 1991—and melts the faces of its staunchly devoted fans, like at this rare show, which is possibly the first since the group briefly got back together for a couple of performances in 2012. If you're unfamiliar, Iceburn was so experimental and idiosyncratic in its heyday that it earned occult descriptors like "jazzcore" and "progressive-psych-jazz" for its abrasive, mind-bendingly intricate blend of jazz, metal, classical and punk that was years ahead of its time—for proof, just listen to 1993's Hephaestus. Similiarly heavy bands La Verkin and Baby Gurl are also on the bill. (Kolbie Stonehocker) The Urban Lounge, 241 S. 500 East, 10 p.m., $8, TheUrbanLoungeSLC.com; limited no-fee tickets available at CityWeeklyStore.com 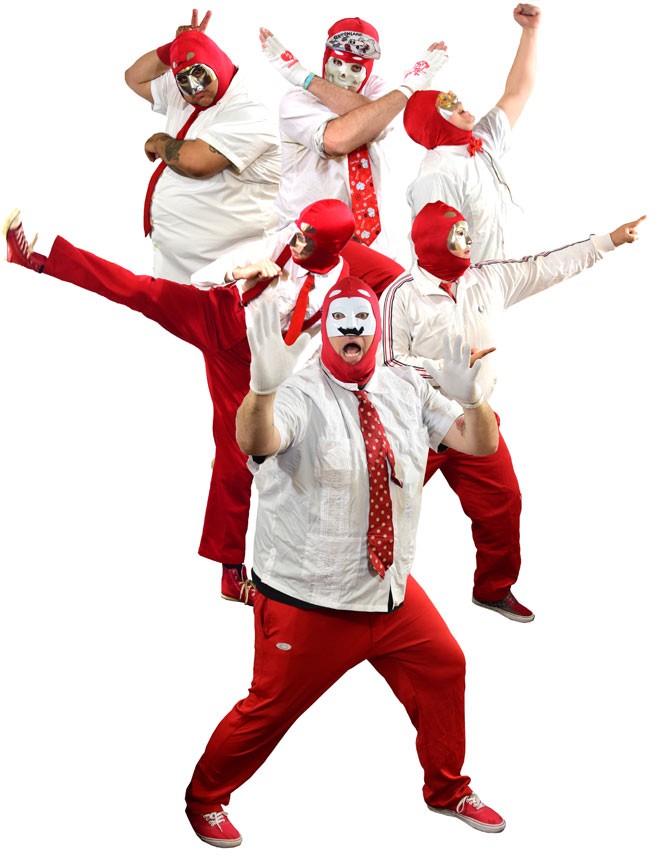 
These days, there are numerous musicians who are making meaningful and thought-provoking forays into unknown sonic realms. The Maxies are doing the opposite. Originally from Nuuk, Greenland, but now based in Southern California, The Maxies are a group of goons (and one guy in a polar-bear suit) who wear coordinating red shorts, button-down white shirts and creepy half-face mustachioed masks as they "show how make best super punk-rock party and spread Maxie mania," according to their online bio. While being as offensive and immature as possible, The Maxies play loud, fast pop-punk in the vein of NOFX, Sum 41 and Bowling for Soup, as heard on their latest album, 2011's Greenland Is Melting. And the kids love it; typical Maxies shows are basically one big mosh pit. Sturgeon General, The Beam Me Up Ska-Ts and HiFi Murder will open. (Kolbie Stonehocker) Bar Deluxe, 666 S. State, 9 p.m., $7 in advance, $10 day of show, BarDeluxeSLC.com


It might still be November, but that doesn't mean it's too early to enjoy some Christmas music—once Thanksgiving is past, it's all "Deck the Halls" and "Joy to the World" till January. This year, kick off your Christmas-music season with a holiday concert by Salt Lake City newgrass/rock/folk band Ryan Shupe & the RubberBand. Fronted by fiddle master and lead vocalist Ryan Shupe, The RubberBand play eclectic, upbeat music that may be tough to categorize but is always conducive to a good time. And as shown by their 2002 Christmas album, The Gift, Ryan Shupe & the RubberBand are skilled in putting their own fun spin on classic holiday songs like "Carol of the Bells," "Rudolph the Red-Nosed Reindeer" and more, re-imagining them with lots of strings, smooth vocal harmonies and trademark RubberBand energy. (Kolbie Stonehocker) Peery's Egyptian Theater, 2415 Washington Blvd., Ogden, 7:30 p.m., adults $18 in advance, $32 day of show; children/students/military/seniors $15 in advance, $30 day of show, PeerysEgyptianTheaterOgden.com


Many know Danny Masterson as Steven Hyde, the lovable rebel from That '70s Show, but when he DJs, he's DJ Mom Jeans. After making a name for himself as a DJ for Hollywood black-tie events in the late '90s, Masterson's DJ career really began to take off thanks to his unusual ability to blend electronic music, indie-rock and hip-hop—music that shouldn't flow together well, but does under his skilled hands. DJ Mom Jeans has become an in-demand DJ who mostly plays private parties—luckily, Masterson owns Downstairs in Park City and isn't too busy to visit. DJ Dolph will open. (Nathan Turner) Downstairs, 625 Main, Park City, 8 p.m., $10, DownstairsPC.com


At first blush, the music produced by Denton, Texas, trio Pageantry feels like dreamy yet hazy pop. But it doesn't take long for complicated elements like intricately arranged drum lines and odd time signatures to add new wrinkles, creating a sound the band calls "pop-gaze" (somewhere between pop, shoegaze and math rock). Pageantry's debut EP, 2013's Friends of the Year, is an intoxicating combination of halcyon synths, tension-wrought rhythms and arresting falsetto vocals by Roy Robertson that tickles the brain and pierces the heart. The band is currently finishing up its first full-length, which has no official release date yet; in the meantime, visit Pageantry's Bandcamp to listen to the delicate, atmospheric single "Spine," released in October. (Kolbie Stonehocker) Kilby Court, 741 S. Kilby Court (330 West), 8 p.m., $7, KilbyCourt.com 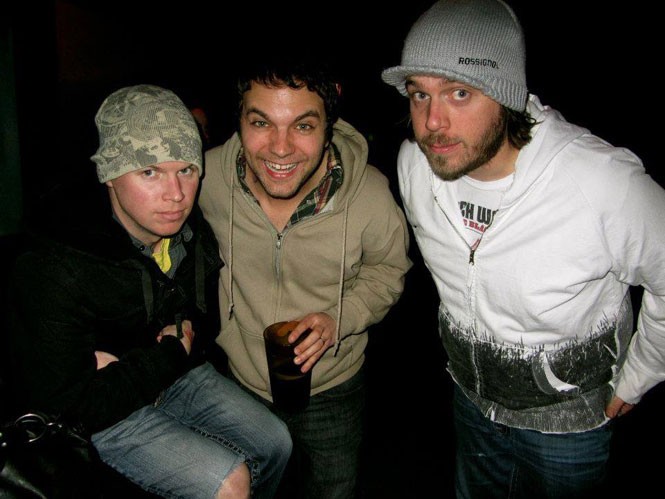 
With its months of hazy, bone-cracking cold, winter is enough to drive anyone nuts; in the case of The Manorlands Project, the pop-rock trio poured all that snow-induced crazy into making music. In January 2013, Joel Pack, Rob Moffitt and Ryan Sanders carted all their instruments and recording gear to a remote, snowbound cabin in Manor Lands in the Uintas with the goal of recording some unreleased songs written under their previous band name, Broke City. But over the next 10 snowy days, they also created a handful of new tracks—about cabin fever, zombie flies and more—inspired by the experience, and combined the new and old material into an album titled Winter, released in August under The Manorlands Project. At this show, The Manorlands Project will perform songs from Winter as well as unreleased tracks that didn't make the final cut. Local experimental-rock outfit Playing Ghosts and singer-songwriter Stephanie Mabey will open. (Kolbie Stonehocker) The Urban Lounge, 241 S. 500 East, 9 p.m., free, TheUrbanLoungeSLC.com


When Kreayshawn's single "Gucci Gucci" was released in 2011, Lil Debbie could be seen next to her in the music video, silently dancing and smoking. They were originally part of the rap group White Girl Mob along with rapper V-Nasty, and although the girls have since disbanded, Lil Debbie continues to do well for herself. After moving to Los Angeles to pursue a solo career, she collaborated with rapper Riff Raff and released her first EP, Queen D, and released not one but two mixtapes in 2014: California Sweetheart and California Sweetheart Pt. 2. Lil Debbie may look sweet and delicate, but her music oozes swagger and confidence with lyrics that might make even the most hardened rapper blush. Caskey, GODZ, Chi City, Swell Merchants, The Astro Knots and Pookiie are also on the bill. (Rebecca Frost) The Loading Dock, 445 S. 400 West, 6:30 p.m., $15 in advance, $20 day of show, LoadingDockSLC.com