FRIDAY 11/29
Cautious Clay
If you've heard of Cautious Clay, it's very likely that you either 1. Have an HBO subscription and are an Insecure fan, or 2. Are a very particular flavor of Taylor Swift stan. Season 2 of Insecure opened with Clay's "Cold War," and Swift sampled the song and interpolated its rhythm into what became her 2019 track "London Boy." The song is the best encapsulation of Clay's vocal ability, his moody affect on an already moody sound. Born Joshua Karpeh, the artist quickly became someone to pay attention to when "Cold War" dropped in September 2017, a few months before the accompanying debut EP in February 2018, Blood Type. Karpeh's voice is soft and sexy. His murmurs cause his music to melt around him, and then around you. His cover of Toro y Moi's "So Many Details" shows how Karpeh pierces a soundscape into hinging on his voice, and it's that quality that makes most of his music. In 2019, the only Cautious Clay we've received is the single "Erase," but it's probably the most danceable track he's released yet. Since his 2018 debut, Clay has mostly stayed in a pillow fort of tenderness, and "Erase" is harsher, without a point but not without edge. Kilby Court's intimacy will make for a great space to witness this artist in a moment where he's still finding identity. Surely, the space Karpeh has carved for himself will continue to grow, though I doubt it will ever lose that smoldering sweetness. (Parker S. Mortensen) Kilby Court, 741 S. Kilby Court, 8 p.m. sold out at press time, all ages, kilbycourt.com

SATURDAY 11/30
High on Fire, Power Trip, Devil Master, Creeping Death
Oakland's High on Fire has been an established name in metal since 1998. By combining elements of doom, sludge and stoner metal, among other flavors, in a coherent and unique way, they've managed to keep their sound interesting throughout their releases over the last 20 years. Their latest album, Electric Messiah, is fast, energetic and mighty. In the first 10 seconds of the album, on the track "Spewn From The Earth," you get a healthy dose of those intense elements, and the side effects are bone-chilling. They certainly aren't your typical sludgy stoner band, as they bring copious amounts of heat and speed to the table. Accompanying them on tour is Dallas thrash outfit Power Trip. After making a name for themselves within the hardcore scene as a crossover band, Power Trip has only gained more attention since their start in 2008. Their three full-length albums reflect this evolution, and their influences—punk, metal and hardcore alike—are clearly displayed within their aggressive, earth-shattering soundscapes. Their 2017 album Nightmare Logic is a perfect encapsulation of what they have to offer: riffs are raw and real, the tone is just as rich as it is gritty, and the attitude is unreal. While their hardcore roots are more prominent on their prior release, Manifest Decimation, Nightmare Logic is more refined and focused. Devil Master and Creeping Death open. (Zaina Abujebarah) Metro Music Hall, 615 W. 100 South, 6 p.m., $20 presale; $25 day of show, 21+, metromusichall.com 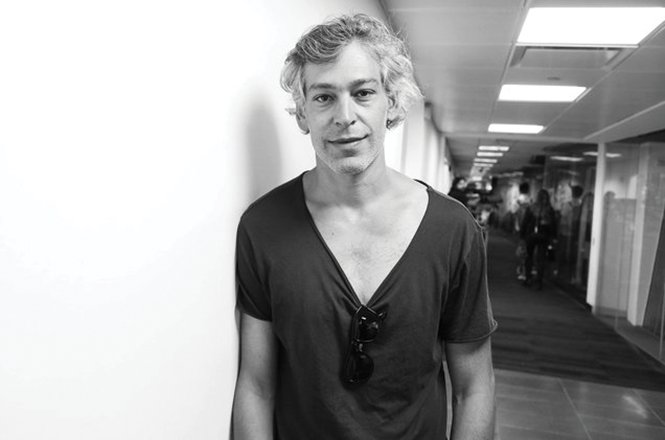 Matisyahu, Bedouin Soundclash
Matisyahu is a decidedly singular performer. An Orthodox Jew, he shares his spirituality through a musical mantra that incorporates rap, roots, reggae, hip hop, beatboxing and R&B, while turning tradition into a unique and ultra-cool form of expression. It's not every day that one finds a performer doing his thing in full Hasidic attire (though in recent years, with switches to different factions of Jewish faith, that's not quite the norm anymore), and it's even less frequent to find one who's shared his spirituality with such success. That success has translated into Grammy nominations, gold albums and even an award for "Most Loveable Oddball," as bestowed on him by Esquire magazine. Translated from the Hebrew, the name Matisyahu means "Gift from God," a handle he adopted from the second century B.C. Jewish leader of the Maccabees. Yet given the fact that the artist formerly known as Matthew Paul Miller has been at this for 15 years and boasts a recording career that spans five successful albums, it's pretty clear he's carved his own unique niche in the modern musical landscape. Although he shaved his beard a few years ago and disavowed his image as a Hassidic superstar, he remains fervent in his faith, and his current outing—dubbed the "Festival of Light"—celebrates the holiday of Hanukkah. At the same time, he consistently collaborates with other artists, as evidenced by this tour with Canadian ska band Bedouin Soundclash. (Lee Zimmerman) Soundwell, 149 W. 200 South, Saturday, Nov. 30, 8 p.m.; Sunday, Dec. 1, 7 p.m., $25–$28, 21+, soundwellslc.com

MONDAY 12/2
Black Mountain, Ryley Walker
Active in different forms since the mid-'90s, Vancouver, B.C.-based Black Mountain has maintained a steady stream of releases since their debut self-titled album back in 2005. Starting with stripped down stoner rock and psychedelic stylings, kept light by subtle funk elements and imbued with a moodiness that's lent them consistency over the years, Black Mountain has been consistently good. One can easily tell certain songs off that early album were in the listening rotation of The Black Keys, who made, well, less-good versions of what Black Mountain was doing with ease. With their second album In The Future, they introduced and began to really rely on the kind of wiry, crunchy powerful chords used by similar bands like the jammy Black Angels, but instead of making Black Mountain sound jammy, it gave them weight. This sound is very much present on their latest, Destroyer, which is overrun with a certain electricity that's been only an undercurrent in their music before. It's heartening to see a band that's been around as long as they have been continue to build on a thoroughly solid style, sounding like themselves while still managing to innovate. They'll be joined by supporting act Ryley Walker, who couldn't be more different than Black Mountain. His lyric-dependent music is delivered in a plain-spoken voice reminiscent of Dave Matthews, or at rare times, the late David Berman, comfortably residing in the well-worn seat of a very '90s vintage—delivering one part indie, one part Americana and one part classic folk. With an album (or two in the case of 2018) out every year since 2014, Walker shows a shocking and rare consistency of quality—and most importantly—heart throughout them all. (Erin Moore) Urban Lounge, 241 S. 500 East, 9 p.m., $18–$100, 21+, theurbanloungeslc.com

TUESDAY 12/3
Turnover, Men I Trust, Renata Zeiguer
You know when you learn a new word, then suddenly you start noticing it everywhere? After finding out that Turnover was co-headlining with my recent favs, Men I Trust, I looked them up and suddenly they were everywhere. The 20-year-olds on my Twitter feed were cry emoji-ing over their new album. Despite the fact that Turnover's debut Magnolia came out in 2013, when I was cry emoji-ing over similar bands like Title Fight and Pity Sex, I'd never heard of them, though I get their ongoing appeal. Magnolia is shoegazey at times, but with emo elements that keep it light and accessible, while their 2015 follow up Peripheral Vision found them shifting into fallen hooky emo territory. However, their past two albums, including the just released Altogether, skews in the surf pop direction, implying The Drums, but lacking the punch. Men I Trust also just released their excellent, funky, hodge-podgey 24-song dump that is Oncle Jazz, one of my favorite albums of the year and a more-than-suitable follow-up to their two prior full-lengths. Sonically in line with other pouty, vintage-vibey acts like Tops or Tennis, Men I Trust are fascinatingly goofier and more emotionally wrecked. Songs like "Tailwhip" are the kind of infectiously sad dance songs that one can envision Robyn dancing to, alone, separated from delicate, depressive songs like "Porcelain" by jangly, spoofy little interludes. Like the rest of their experimental music, it not only never gets boring, but leaves behind, in equal measure, a lasting sense of mirth and melancholy. (EM) The Complex, 536 W. 100 South, 7 p.m., $23 presale; $25 day of show, all ages, thecomplex.com