THURSDAY 10/11
Gwar, Hatebreed, Miss May I, Ringworm
A long time ago, in a galaxy far, far away, a fighting force was created on planet Scumdogia, and Oderus Urungus (aka Dave Brockie) was born. For more than 30 years, the multi-talented Brockie pioneered gore metal with Gwar, slaying and spraying audiences with stage blood and fake (we assume) semen. Officially debuting in 1988 with Hell-O, a dirty, violent punk album that showcased Gwar's early strength, they then released second record, Scumdogs of the Universe. But the mythos surrounding this band really begins with 1992's America Must Be Destroyed, inspired by an incident where the Charlotte police confiscated Urungus' beloved companion cuttlefish. Over the years, Urungus and Gwar won over pathetic humans left and right, speaking to the rage-filled early 2000s on '01's Violence Has Arrived and delivering a politically motivated wrecking ball with '04's War Party. Behind the scenes, the ultimate shock-rocker Brockie might have been battling addiction. Despite Lamb of God's Randy Blythe stating Brockie was a "dabbler" and not a "stone-cold junkie," heroin is not a recreational drug, and an accidental overdose took Brockie's life on March 23, 2014. Since then, Mike Derks (Balsac the Jaws of Death) and Brad Roberts (Jizmak Da Gusha) have had a rough go finding their groove, but there's hope for our scumdog warriors yet. Gwar's first record without Urungus, 2017's The Blood of The Gods, saw the epic return of Mike Bishop (Blothar), proving Gwar could still deliver the godawful racket that metal fans love. This Gore, Core, Metal and More tour also includes motivational gospel by Hatebreed, Miss May I and underground hardcore Cleveland legends Ringworm. (Rachelle Fernandez) The Complex, 536 W. 100 South, 7 p.m., $29.50, all ages, thecomplexslc.com

SATURDAY 10/13
Tove Styrke, Au/Ra
Originally a contestant on Swedish Idol in 2009, Tove Styrke has become something of an electro-pop star, albeit one who isn't quite up there with the likes of Katy Perry or Lorde—not yet, anyway. Since releasing her debut solo album at age 17, Styrke has opened for both of those megastars, working with the former's writer/producer Elof Loelv, and covering the latter's "Liability." Rolling Stone recently declared her "criminally slept-on" single "Say My Name" the song of the summer. We wouldn't go that far, but, like most of Styrke's tracks off new album Sway, it's a warm, minimal and catchy tune—perfect for driving with the top down. Propelled by a light, bouncy ukulele riff, it contributes to the flirtatious and playful vibe of Sway, an album she refers to as "a little collection of love stories." Now that she's 25 years old and on the cusp of breaking into pop music's upper stratosphere, it might be a good time to catch her in an intimate venue before she blows up and ticket prices soar. Styrke's stop in SLC features support by 16-year-old pop singer Au/Ra, who was born in Spain but raised in Antigua, and seems poised to follow Styrke's trajectory.(Howard Hardee) In the Venue, 219 S. 600 West, 7 p.m., $16 presale; $18 day of show, all ages, inthevenueslc.com

SATURDAY 10/13
Chief Keef
Bare-chested young men in their teens brandish state-of-the-art handguns. They're smoking, they've got dreadlocks and they don't care about anything but their block and their people. Around 2010, these images of Chief Keef and Glo Gang's infectious antics went viral online and stretched much farther than their home Chicago corner, drilling a new sub-genre of rap into the consciousness of young people worldwide. Keef has been the subject of multiple court cases, and was even briefly banned from the Chicago city limits; at one point, he was the poster child for the "bad boy" in urban music circles—even more notorious than Chris Brown. Many young people copied Keef's style shamelessly, without the drug-riddled violent neighborhood or prominent gang culture, giving birth to acts like Slim Jesus and Gmebe Bandz. The shelf life for any hip-hop act is usually short, and it takes hard work and creativity to stay relevant from youth into adulthood. Even then, nothing is promised. That's why Keef went from sold-out shows and bidding wars at Interscope to not being able to move many records. However, the influence he left on young rappers (whether good or bad) remains; acts like 21 Savage and Lil Uzi Vert credit Keef for their own interest in music. There's a difference between growing up in a violent situation and putting yourself in violent situations because they seem cool, however, and Chief Keef survived stacked odds to gain prominence in an environment designed to punish the weak. His story is beautiful and grotesque, and shouldn't be emulated by anyone. Enjoy him for what he is. (Keith L. McDonald) Soundwell, 149 W. 200 South, 9 p.m., $25 presale; $28 day of show, 21+, soundwellslc.com

MONDAY 10/15
A Place to Bury Strangers, Kraus, No Sun
You won't find anything predictable at a concert by Brooklyn band A Place to Bury Strangers. Oliver Ackermann, Dion Lunadon and new drummer Lia Simone Braswell specialize in skewering rock 'n' roll stereotypes, mixing industrial noise with punk-rock flourishes. They value chaotic presentation as much as the anarchy inherent in their music's creation, and fifth full-length Pinned is perhaps the most fleshed-out album by APTBS. Braswell's charismatic backing vocals provide the perfect contrast to Ackermann's sneer, and the frontman famously toned down his notorious noise on Pinned, which was written in a regular apartment for the first time in the history of the band, whose deafening aesthetic was incubated at Death by Audio, the now-defunct DIY Brooklyn venue and guitar pedal warehouse. APTBS' usual paranoia remains, however, especially on the conspiracy-theory breakdown "Execution" and album opener "Never Coming Back," which builds to a haunting climax of harmonized vocals and Lunadon's hallmark propulsive bass lines. "That song is a big concept," Ackermann says in a news release for Pinned. "You're thinking about that edge of the end, deciding whether or not it's over. When you're close to that edge, you could teeter over." (Nick McGregor) The Urban Lounge, 241 S. 500 East, 8 p.m., $15 presale; $17 day of show, 21+, theurbanloungeslc.com 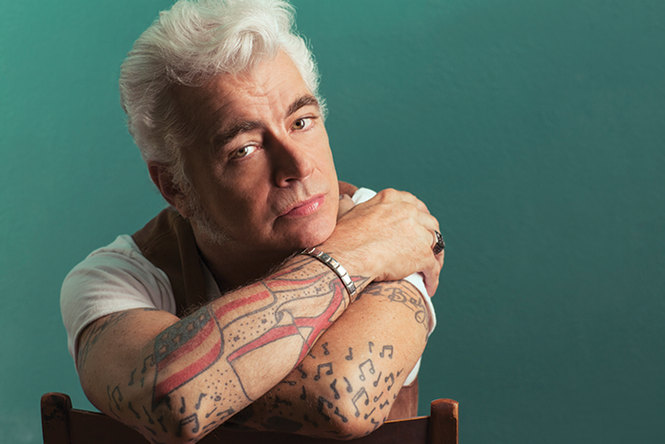 MONDAY 10/15
Dale Watson, Wayne "The Train" Hancock
Both sturdy individuals with a clear fidelity to rugged country tradition, Dale Watson and Wayne "The Train" Hancock make a perfect pairing. Indeed, it's hard to imagine two Texas troubadourshaving more in common. Each reveres the archetypical sound initially established by outlaws like Johnny Cash, Willie Nelson and Waylon Jennings. They specialize in a style critics call "countrypolitan," which Watson refers to as "Ameripolitan": a melange of classic country, rockabilly, Western swing and vintage honky tonk. Watson and Hancock even share the same producer—venerable pedal steel player Lloyd Maines—and mutual admiration for each other. Watson has said in the past, "I like to quote John Lennon. He claimed that originality is really one's inability to imitate their influences. My inability to recreate the type of songs that influenced me is my originality. You can't change what you are. I'm true to the limitations of my abilities." Granted, Watson might be modest, but it's a fact that he and Hancock adhere to authenticity, a rare thing in more commercial country realms these days. For his part, Hancock says on his website, "Man, I'm like a stab wound in the fabric of country music in Nashville. See that bloodstain slowly spreading? That's me." These men don't mince words—they simply relish their roots. (Lee Zimmerman) The State Room, 638 S. State, 8 p.m., $25, 21+, thestateroom.com 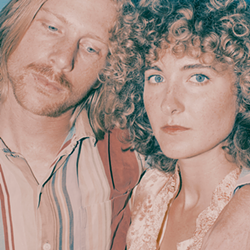 TUESDAY 10/16
Tennis, Matt Costa
Tennis' current Solo in Stereo tour is a bit misleadingly named, since this Denver band is actually a duo. The selling point here is that the husband-and-wife songwriting team of Alaina Moore and Patrick Riley are performing as a two-piece for the first time, intending to provide fans of Tennis' retro-pop sound an experience that hews closer to how their music is written and demoed. "The songs won't be acoustic," the band says in a news release, "but they will be pared down." Based on that description, it sounds like an ideal way to wrap your head around the four studio albums and two EPs of warm, lo-fi songs Tennis has produced. Displaying songwriting chops and an affinity for analog sounds on par with 1970s greats like the Carpenters, Dusty Springfield and Fleetwood Mac, Tennis has consistently offered a counterpoint to the cliché of a female musician helping her male partner chase his rock star dreams. Moore often contributes vocals, guitar, keyboards and drums, and she very much rocks in her own right, despite coming across as sweet and innocent. Singer-songwriter Matt Costa, who hails from California and sometimes performs under the moniker Santa Rosa Fangs, opens.(HH) Metro Music Hall, 615 W. 100 South, 7 p.m., $22 presale; $25 day of show, 21+, metromusichall.com