THURSDAY 10/17
Faye Webster, Jenny O.
Having made her debut as a recording artist only five years ago at age 16, Faye Webster could already be considered a renaissance woman of sorts. Her latest effort, Atlanta Millionaires Club—named for the city she calls home—garnered her the attention she deserves, including a notable mention in Rolling Stone. A multi-talented ingénue, she's also an accomplished photographer, and with her budding musical career, she's gained a reputation as a singular talent to be reckoned with. So, too, co-headliner Jenny O. boasts an impressive résumé of her own. Hailing from Long Island, she studied jazz and music composition at the prestigious State University of New York before turning her attention to a more insurgent sound. With two albums and a pair of EPs, she's managed to make her name in alternative realms while also making inroads into the musical mainstream. "Well OK Honey," the first single from her debut EP, Home, was tapped for the popular video game Rocksmith, as well as the popular HBO series True Blood, before it ended up in a commercial campaign by Toyota. Another of her songs, "Won't Let You Leave," was licensed by Subaru, and her music has made its way to TV shows including Orange Is the New Black, Selfie and Shameless, as well as guest appearances on Last Call With Carson Daly. The wonder women on this dazzling double-bill set the standard for all young aspiring artists. (Lee Zimmerman) Kilby Court, 741 S. Kilby Court, 8 p.m., $10 presale; $12 day of show, all ages, kilbycourt.com

Temples, Honey Harper
I remember when Temples performed their debut album, Sun Structures, at Urban Lounge in 2014. It was around the time I started going to shows more seriously and was learning my venues, what kinds of music I liked to hear live and the kinds where earbuds would suffice. I remember when "Shelter Song" came on—it felt like a coming-of-age moment, a song so psychedelic rock that the whole show almost felt clichéd. I stole the setlist off the stage that night in a moment of babyish fervor, invigorated by my first truly wonderful show. Five years later, Temples have released two albums, Volcano and Hot Motion, which continue their psych rock sound in the hall of their influences (Byrds, Marc Bolan). Noel Gallagher of Oasis called Temples "the best new band in Britain" when Sun Structures released, but years later, that endorsement feels a little hollow. Temples' psych rock gig was surprisingly coherent in that 2014 moment, but subsequent albums, and specifically 2019's Hot Motion, have only marginally grown the band's range. What do you expect out of a band who loves this sound; who would gladly live in it forever? You're either here for it or you're not, but if you're willing, I'll vouch for the live experience. What makes psychedelic rock good only gets better in a live setting, and Temples put on a hell of a show for me once—here's hoping they bring it again. Honey Harper, another U.K. act, open, contrasting Temples' rock with William Fussell's gooey, tender country. (Parker S. Mortensen) The Commonwealth Room, 195 W. 2100 South, 8 p.m., $29, 21+, thestateroompresents.com

FRIDAY 10/18
Samantha Fish
Samantha Fish's reverence for the blues has steered her sound since the beginning, evidenced in the music she's made her entire career. Although she claims such storied influences as Otis Redding, Ray Charles, R.L. Burnside and Junior Kimbrough, she also offers homage to such forebears as Sippie Wallace, Big Mama Thornton and Billie Holiday, who effectively transformed the blues from a genre dominated by men into an emotional and heart-rending experience that they could share as well. Having spent her formative years in Kansas City, a hub of the blues, she focused on drums before switching to guitar at age 15. After soaking in the sounds of visiting artists, she launched her own career at 18 and soon found herself signed to the prestigious blues label Ruf Records, for which she recorded a series of critically acclaimed albums, while sharing stages with the likes of Buddy Guy, Jimmy Hall, Devon Allman and Mike Zito. It was little wonder, then, that in 2012 she earned the Blues Music Award for Best New Artist. Her recently released Kill or Be Kind, her debut effort for Rounder Records—one of America's foremost roots record companies—debuted at No. 1 on the Billboard Blues Chart, another remarkable accomplishment for someone only turned 30 earlier this year. The fact that Fish puts her own spin on the blues makes her music more fascinating still. (LZ) The Commonwealth Room, 195 W. 2100 South, 8 p.m., $27–$45, 21+, thestateroompresents.com

SUNDAY 10/20
The Distillers, Death Valley Girls
For as much as our cultural perception of punk rock is rooted in the late '70s and early '80s, the late '90s and early 2000s have a strong case for being the point where the genre reached its peak, with dozens of acts either expanding on its fundamental basis or refining those fundamentals into their purest form. LA outfit The Distillers fell comfortably into the latter category, never deviating from punk's core formula but nailing that formula so well and so consistently that it hardly mattered. Combining furious drumming, slashing power chords and anthemic choruses delivered by frontwoman Brody Dalle's whiskey-soaked yowl paid massive dividends on albums like 2002's Sing Sing Death House and 2003's Coral Fang. But as with so many great punk bands, their success was cut short, and they split up in 2006 after only eight years together. The band members busied themselves with various side projects for well over a decade before finally reuniting early last year, confirming in April that a new album is being recorded with legendary producer Nick Launay. The album has no official release date, but The Distillers have been tiding over fans in the meantime with an extensive run of tour dates all over the country, including a stop at Salt Lake's Union Event Center. (Nic Renshaw) Union Event Center, 235 N. 500 West, 7:45 p.m., $28.50, all ages, theunioneventcenter.com 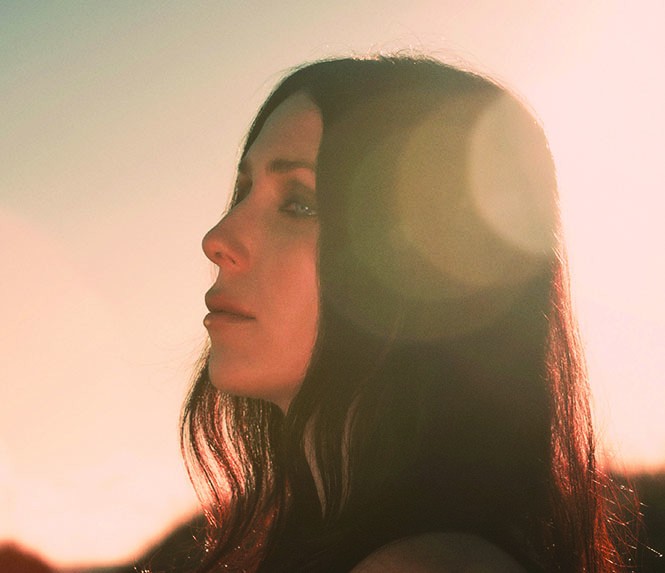 MONDAY 10/21
Chelsea Wolfe, Ioanna Gika
Given the incalculable impact goth music and fashion has had on pop culture the past four decades, it isn't surprising that artists making honest-to-goodness gothic rock music are still around. In the past five years, labels like Dais and Sargent House (Chelsea Wolfe's own label) have bolstored the surge of dark wave acts. But among similar acts, Wolfe—a consummate performer in her prime—has been at it since before she had much competition from the trendy gothic crowd of 2019, and is rightfully regarded as something of a "Gothic Queen." She can command festival crowds the way Siouxsie Sioux or Robert Smith used to, and has proven her chops time and time again, showing a deep appreciation for classic goth-rock and all its variants. Albums like 2011's Apokalypsis and 2015's Abyss meld doom and sludge metal dirges and seductive neofolk balladry with the experimentation of industrial rock and dark wave, in the process creating a sound as boundary-pushing as it is indebted to the classics. Wolfe is currently fresh off the release of her seventh studio album, Birth of Violence—and, just in time for the Halloween season, brings her enchantingly macabre live show to SLC's Metro Music Hall, joined by dream-pop songstress (and Sargent House label-mate) Ioanna Gika, best known for being one-half of LA indie outfit Io Echo. (Nic Renshaw) Metro Music Hall, 615 W. 100 South, 9 p.m., $20–$100, 21+, metromusichall.com

TUESDAY 10/22
Guerilla Toss
Although New York quintet Guerilla Toss has achieved cult status for their mind-bending live performances, there's more going on behind the creative curtain than just chaos and craziness. On the forthcoming EP What Would the Odd Do?, bandleader Kassie Carlson sings with renewed vigor about her journey through opiate addiction and open-heart surgery. On the album's title track, Carlson's art-rock strings meld with drummer Peter Negroponte's propulsion and guitarist Arian Shafiee's buzzsaw attack to make a stand for individuality: "If I think fast will I be wiser?" Carlson muses. "When you grow old are you a die-er?" Disco beats and punk energy clash on "Plants," which celebrates the spirituality of flora over Stephen Cooper's bass riffs and Sam Lisabeth's blissed-out synths. Meanwhile, "Future Doesn't Know" shouts out '70s power-prog and "Land Where Money's Nightmare Lives" bemoans the apocalyptic end of our planet via trip-hop swagger. It's an unlikely blend of influences that only Guerilla Toss, whose roots touch hardcore art-rock and psychedelic dance-pop, can pull off. But it's the narrative clarity of What Would the Odd Do? that impresses most. After releasing a slew of underground tapes and three full-lengths full of shouted metaphors and dense allegories, Guerilla Toss sharpen their creative swords on their most meaningful album to date. "These songs mean a lot to me," Carlson says in a news release for What Would the Odd Do? "I've always written abstract lyrics that have alluded to my personal struggles, but this time I try to provide context. In this way, I hope to help other people who are struggling—especially women ... Addiction hits us all, and it hits hard. Beating it is a big deal. I am living proof that it can happen to anyone." (Nick McGregor) Diabolical Records, 238 S. Edison St., 8 p.m., $10, all ages, diabolicalrecords.com