by McGregor, Nick and Kara Rhodes 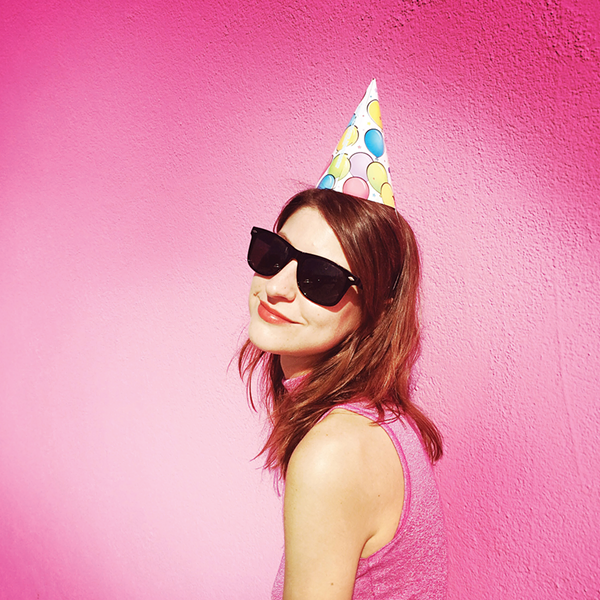 THURSDAY 10/18
Colleen Green, Cassie Ramone
It might sound easy to execute, but playing effortless punk rock is not a walk in the park. It requires the right blend of attitude, chemistry and, yes, technique—especially when presented as a solo performer. Luckily, Colleen Green and Cassie Ramone have been plying their respective trades for years, both in full lineups and as one-woman bands. Ramone co-founded influential mid-2000s act Vivian Girls, leading indie rock back from the mainstream precipice and into rawer, scuzzier waters; she also played in The Babies with folk-rock auteur Kevin Morby. Since going solo, she's worked with weirdo prince Ariel Pink and written a damned fine holiday album, 2015's Christmas in Reno, in addition to staying busy as a visual artist. Meanwhile, Colleen Green has evolved into a slacker-stoner saint, paying homage to the art of ironic silence and the joy of THC-fueled reverie on album after album of catchy, bare-bones pop-punk. This show promises DIY intimacy, hilarious tales from the road and handcrafted merchandise—a bonanza for anyone who likes to provide direct support to musicians making uncompromising art. (Nick McGregor) Diabolical Records, 238 S. Edison St., 8 p.m., $10, all ages, facebook.com/diabolicalslc

FRIDAY 10/19
Zhu, Tokimonsta
Zhu has probably soundtracked every house party you've been to in the past few years. The California producer and singer sparked an obsession not just with his tasteful dance and house music on the Grammy-nominated 2014 hit "Faded" but also with his persona, which he kept anonymous until 2016, when his album Generationwhy came out (the man born Stephen Zhu said it was because he wanted to be solely judged on his music). Fast forward to newly released album Ringos Desert, however, and it's clear Zhu's talent has only grown. Using synthesizers, pianos, horns and vocals to produce a powerful sound,Zhu creates a high-energy atmosphere with his dominating riffs. His futuristic noise turns any study session, midnight drive or classic house party into a prime movie-like scene. Such cinematic skills have led Zhu to work with popular artists like Skrillex, Tame Impala and Tokimonsta, the latter of whom opens for Zhu at The Depot. Starting in 2010 with her first album, Midnight Menu, Tokimonsta has ridden the ups and downs of success; she started her latest album in 2015 but didn't finish and release it until 2017, after two major brain surgeries. If you want a taste of what this show will be like, listen to Zhu and Tokimonsta's collaboration "Light It Up," which provides a solid mix of both artists' similar styles. The stellar visuals and driving beats will be the highlight of your week. (Kara Rhodes) The Depot, 13 N. 400 West, 8 p.m., $28.50-$30, 21+, depotslc.com

Mothers, Mega Bog
Kristine Leschper has never taken the easy path making music as Mothers. Her debut album, 2016's When You Walk a Long Distance You Are Tired, pulled from her artistic background to produce a stark folk-influenced gem. But on 2018's Render Another Ugly Method, she and longtime collaborator Matthew Anderegg compiled a ramshackle collection of propulsive post-punk, surreal psychedelia and visceral art-pop that effortlessly references the Elephant 6 influences (namely Neutral Milk Hotel) they picked up during a long stint living in Athens, Ga. Addressing weighty issues like power, consent, privilege, religion and the complexity of the female body, Leschper sent critics into a tailspin with Render Another Ugly Method, with many criticizing the "calcified misery" and "unsettling discombobulation" of the record's stop-start, staccato tempos and dynamics. To me, it's a beautiful listen, however, devastating in its lyrical precision while fascinating in the push and pull of its time signatures and far-flung instrumentation. It sounds defiant now, but in 10 years, we might look back on Render Another Ugly Method as an underappreciated masterpiece. That means you won't want to miss Mothers' intimate performance of the record mere months after its release, when the emotions and intensity wound up in it still pack an unnerving punch. (NM) Kilby Court, 741 S. Kilby Court, 7 p.m., $13 presale; $15 day of show, all ages, kilbycourt.com

SATURDAY 10/20
Randy's Record Shop 40th Anniversary
Although in recent years vinyl has cycled back to hipster popularity, for Randy Stinson, records have always been his lifeblood. From 1959 to 1970, Stinson collected more than 30,000 45-rpm singles; for eight more years, with dreams of owning his own record store, he bought every collection of used 45s he could find, doubling his inventory. On Oct. 13, 1978, Randy's Record Shop opened on 900 South, and 40 years later it's still going strong, serving as Utah's oldest independent vinyl outlet and a lodestar for every other record store that has popped up over the years. On Saturday, Oct. 20, Randy's holds its semi-annual $2 clearance sale with 10 percent off everything storewide while also hosting a who's who of local bands and DJs—Lloyd Miller, 90s Television, Sally Yoo, Eyesore, Opaline, UTA Trax, Sneeky Long, Finale Grand, Soul Pause, Chaseone2, Fell Swoop and J Godina—in its back parking lot from noon-6 p.m. The best part is, local event-production firm The House is hosting a photo booth where people can have their photos taken with Stinson and document their stories about Randy's Record Shop for posterity. As Stinson takes more of a hands-off approach to the day-to-day operation of the store, his son Sam says, "I think this is going to be a wonderful send-off for Randy." (NM) Randy's Record Shop, 157 E. 900 South, noon-6 p.m., randysrecords.com

MONDAY 10/22
Parker Millsap, Andrew Sheppard
True grit means everything in the Americana world these days, where clear boundaries now separate those toeing the industry-defined mainstream line and those operating independently of Music Row. Oklahoman Parker Millsap falls slightly outside such battle demarcations, focusing more on fiery acoustic folk-rock steeped in the Delta blues than on straightforward country. But on his fourth full-length, 2018's Other Arrangements, Millsap followed the advice of his fiddle player, Dan Foulks, and branched out, plugging in and producing a platter of pop gold written not just on guitar but also on bass, piano, drum machines and tape loops. Millsap himself has called it "a radio playlist for 45 minutes," full of Beatles-influenced beauty: "funny, sad and happy moments; multiple tempos; ballads; rock and roll songs." The 25-year-old singer/songwriter is also unabashed about the album's focus on love songs; raised in a small-town Pentecostal church, he clearly relishes the opportunity to live in a bigger, brighter, more romanticized world. "There's less Jesus and more sex on this one," he told Garden & Gun in July. "The new songs are more direct. I didn't want to write this record about other people's problems, or even my problems, really. I just wanted to write good, relatable songs that allow me to turn my amp up, go out and see what happens." (NM) The State Room, 638 S. State, 8 p.m., $15, 21+, thestateroom.com

WEDNESDAY 10/24
Kamasi Washington, Victory Boyd
Like a true jazz master, this Los Angeles saxophonist, composer and producer pops up everywhere. Kamasi Washington helped arrange Kendrick Lamar's 2015 masterpiece To Pimp a Butterfly, and contributed strings and horns to Lamar's 2017 Pulitzer Prize-winning Damn. He's written and recorded with old-school legends like Stanley Clarke and Gerald Wilson, along with newfangled experimentalists like Flying Lotus and Thundercat. He's added sonic texture to fire-breathing raps by Run the Jewels, minimalist punk by Mike Muir and homespun country-rock by Ryan Adams—all this while Washington has cultivated an impressive solo career, too. His 2015 triple-album The Epic is a holistic extension of classic works by Ellington and Coltrane, mixing reinterpretations of "Claire de Lune" with shout-outs to African-American heroes like Henrietta Lacks and Malcolm X. This year's Heaven and Earth puts a new spin on Afro-futurism, presenting contrasted visions of worldly concerns and utopian philosophy filtered through a hip-hop lens. Each of these complex jazz-rap mythologies represents another brick in the wall of Washington's ongoing artistry, which promises to be as rich and as varied as that of Sun Ra or Miles Davis. (Nick McGregor) The Complex, 536 W. 100 South, 8 p.m., $31.50, all ages, thecomplexslc.com