This article was updated Oct. 24

Horse Feathers
Justin Ringle wanted to quit music after touring behind his aptly titled fourth album, 2012's Cynic's New Year. Disillusioned and defeated, he was wracked by self-doubt and didn't touch his guitar for months. After a hiatus, he decided maybe he wasn't having enough fun. "I stopped editing myself as much. The joy of playing live became its own reward, and I dared myself to allow that joy to shape the songwriting. In the end, I was able to let it go, and I don't own it anymore. Which also feels like joy. That's the way it was," he said, setting up the title of his fifth Kill Rock Stars release, And So It Is With Us." The record, tracked in a barn in rural Oregon, is packed with the introspective, pastoral songs the Portland band is known for—but thrums with an endearingly unencumbered freedom. The River Whyless opens. The State Room, 638 S. State, 8 p.m., $18, TheStateRoomSLC.com

BoDeans
I Can't Stop (F&A) is a good title for the BoDeans' second album without co-founder Sam Llanas, who co-fronted the band with Kurt Neumann. According to band members, Llanas left them high and dry in 2011 before a set of shows in Colorado. The roots-rockers forged ahead with American Made the following year and kept touring, much to the delight of the fans who've followed the band from their mid-1980s debut on the venerable Slash Records label. The new album, even sans Llanas, is vintage BoDeans—jangly heartland rockers and wistful ballads with sharp lyrics. The Egyptian Theatre, 328 Main, Park City, 8 p.m., $29-$48 in advance, $34-$53 day of show, EgyptianTheatreCompany.org

Del Tha Funky Homosapien
Iller Than Most is Oakland rapper's 11th solo album, but his discography is thrice as long if you count his popular Leak Packs, three LPs with Hieroglyphics, two with Deltron 3030 and numerous collaborations. If you dig Del's casual but intense—and truly sapient—flow, you probably have everything. If you don't, start by streaming Iller at DelThaFunkyHomosapien.com. Tonight he's joined by Provo hip-hop group House of Lewis, and DJ Juggy, who's celebrating the one-year anniversary of his Monday Night Mixtape. Metro Bar, 615 W. 100 South, 8 p.m., $18 in advance, $20 day of show, MetroSLC.com 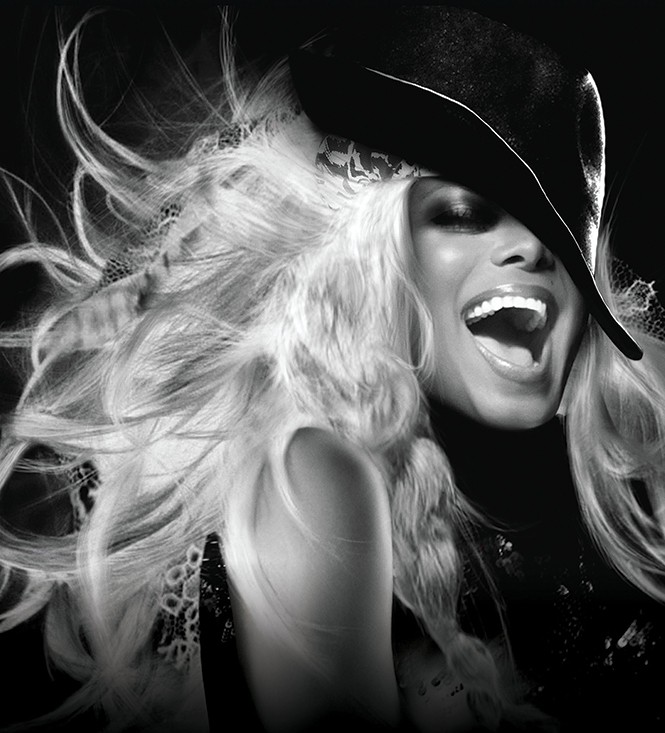 Janet Jackson (CANCELLED)
Remember Janet Jackson before Nipplegate? Lookin' so hot on Diff'rent Strokes, gettin' nasty on Control, slinking around guitarist Nuno Bettencourt on "Black Cat" from Rhythm Nation 1814? It's funny how much that Super Bowl nip-slip eclipsed. She did some quality work back in the day, and Control is a classic. Unbreakable (Rhythm Nation), her latest, once again has Jimmy Jam and Terry Lewis producing, and it's surprisingly good—contemporary, but also redolent of her greatest hits—even if it sounds like Michael Jackson, not Janet, singing on some songs, like the title track. That's creepy. But, as with her brother, it's possible to overlook some weirdness. Energy Solutions Arena, 301 W. South Temple, CANCELLED, $26.75-$122, EnergySolutionsArena.com

Shakey Graves
Wildly prolific blues-folk singer-songwriter Alejandro Rose-Garcia makes so much music that he gives much of it away. The Austin-based tunesmith dropped his third official album, And the War Came (Dualtone), in 2014. That, and the Donor Blues EP, are available at full price. But his debut—the one that started his seemingly meteoric rise to fame, is pay-what-you-want at Bandcamp. Now get this: Each year, for three days in February, you can get five unreleased Graves albums at the same discretionary price—and he plays a cheap show. That's because the mayor of Austin proclaimed Feb. 9, 2012, as Shakey Graves day, and that's how Graves thanks his supporters. Considering how War, Bones and Donor are packed, start to finish, with stunningly great songs that leave you wanting more, you'll happily pay full price for them, anyway. Tennis opens. The Depot, 400 W. South Temple, 8 p.m., $15 in advance, $18 day of show, DepotSLC.com

S
It may take some getting used to: Jenn Ghetto—whom you know as co-founder of Seattle shoegazers Carissa's Weird—now writes upbeat tunes under the moniker S. She's also changed her surname to Champion, hoping to put an end to the "anti-black racism [she] perpetuate[d]" by using the word "ghetto." The switch came in September, and the fourth S album Cool Choices (Hardly Art) came out over a year ago—but that, along with choosing erstwhile Death Cab for Cutie guitarist, Chris Walla, to produce the slightly less lo-fi than usual album, goes to show she's making the titular activity a habit. Kilby Court, 741 S. 330 West, 8 p.m., $8, KilbyCourt.com

Ghost, Purson
Even though there are also a reggae singer and two experimental Japanese bands called "Ghost," you won't confuse any of these entities with this Ghost. Only one member of this sextet of Swedish Satanists, singer Papa Emeritus III (succeeding P.E.'s I and II, but potentially the same dude in different papal robes and skull-ish makeup), has an individual identity. The other five guys, clad in shiny devil masks, answer to A Nameless Ghoul—and they never appear in public. It's definitely a unique shock-rock gimmick, and the mystery—borrowed from Kiss in their heyday—is tons of fun, especially in our increasingly celebrity-oriented culture. The focus can remain on the music and the live spectacle, where Papa and the Ghouls serve up one killer rock & roll Black Mass. These words from the band's official bio by Peter Berbegal, author of Season of the Witch: How the Occult Saved Rock and Roll (Tarcher, 2014), says it best: "There is no power beyond that which the all-seeing eye controls. The gods are all dead. Even art is pure commodity. But some still fight, quietly at first, but soon they will rise and make the glorious noise of the ancients, donning their masks, these nameless ghouls led by Papa Emeritus III." The title of the band's third album, released in August, says it more succinctly: Meliora (Loma Vista) is Latin for "better." And Ghost's strangely accessible mix of doom metal, arena rock and droning, monk-ish incantations gets better with every album. Postscript: Wouldn't it be sweet if, after openers Purson finish their set, the roadies kill Purson ... and they become Ghost?! Post-postscript: A free download of Meliora comes with every ticket purchased. The Depot, 400 W. South Temple, 8 p.m., 21 and over, $22.60; 20 and under, $24.60; DepotSLC.com

King Dude, Drab Majesty
It's October, so how about a little more Satan? T.J. Cowgill, aka King Dude, is a Luciferian (that means he may worship a deity and/or a set of beliefs inspired by Ol' Scratch). He isn't about the metal, however. Not that he rejects it—it's just that his palette of musical colors includes more than just black. His latest, Songs of Flesh & Blood—In The Key of Light (Dais) mixes country, rockabilly and Leonard Cohen-style folk with some rock, even metallic, sounds. The lyrics are definitely horrifying, however, unless you take the time to recognize the themes within them. Really. Listen—and be converted. Mwaaaaah-ha-ha-ha-ha! The Urban Lounge, 241 S. 500 East, 9 p.m., $10 in advance, $12 day of show, TheUrbanLoungeSLC.com