Like its namesake in San Francisco, filled with antique coin-operated arcade machines that click, clack, ding, ping and bang, Portland, Ore., five-piece Musée Mécanique make music that is alive with many of the same noises. Often made with old, beat-up instruments, Musée Mécanique's rich baroque-pop sound is kaleidoscopic, featuring strings interwoven with accordion, mandolin, dynamic percussion, glockenspiel and more. Their sophomore release, From the Shores of Sleep, released in August, is meant to be listened to in order, as a "musical novel or story," says the band's bio. As a sonic sea voyage that sweeps the listener on a journey into a dreamlike watery landscape of coral reefs, waves and open horizons, From the Shores of Sleep feels more like the soundtrack to a movie than a typical album. Check out album highlights "The Open Sea" and the energetic "The Man Who Sleeps." Book on Tape Worm and Richie Kissinger are also on the bill. (Kolbie Stonehocker) Kilby Court, 741 S. Kilby Court (330 West), 8 p.m., $8 in advance, $10 day of show, KilbyCourt.com; limited no-fee tickets available at CityWeeklyStore.com


Classic funk is often faithfully re-created, and can therefore sound the same band to band—and make listeners feel like they're jumping into a time machine to the '70s. But a group who's really shaking up the formula is Brooklyn, N.Y.-based five-piece The Pimps of Joytime. Deftly mixing funk with hip-hop, electronica, rock and soul, The Pimps of Joytime know how to get the party started and keep it groovin'. Frontman Brian J and vocalist Mayteana Morales have some excellent pipes between them, and the band's oh-so-smooth horns and dance-friendly rhythms will make this show a hip-shaking get-down. It's been three years since the release of The Pimps of Joytime's latest album, Janxta Funk!, but their Facebook page says they have a new album in the works. Moon Hooch will start things off. (Kolbie Stonehocker) The State Room, 638 S. State, 8 p.m., $17, TheStateRoom.com; limited no-fee tickets available at CityWeeklyStore.com 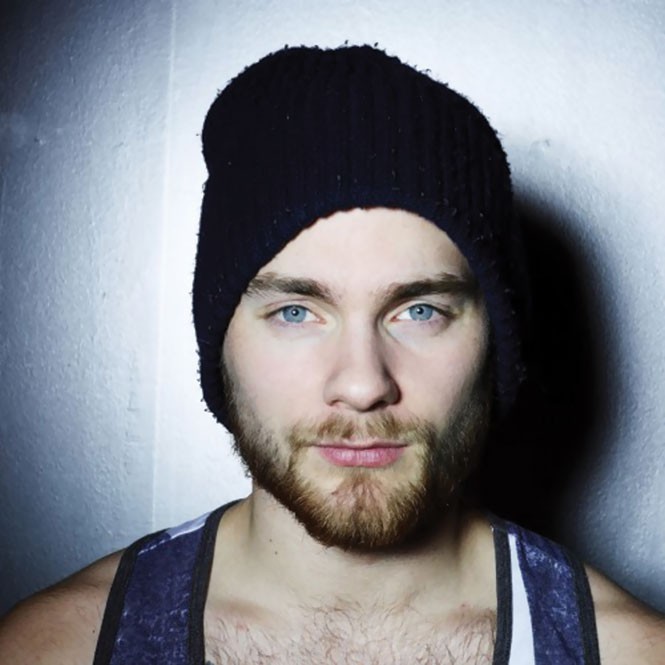 
Icelandic singer-songwriter Asgeir might have made his stunning debut album, 2012's Dyrd í daudathogn, as just a project to share with friends and family, but it caught on big time. The record went triple platinum in Iceland and won numerous awards, quickly propelling Asgeir to international stardom. "I had no expectations whatsoever about anything," he says in a press release. "But my whole life was turned around in just a few weeks." In the Silence—the English translation of Dyrd í daudathogn, released this year—is well worth the hype. The captivating lyrics, epic in their mythological scope, were written by Asgeir's 72-year-old father. But Asgeir created the gorgeous, shimmering folk/electronic backdrop for those words, which he sings in a mellow, delicate and haunting voice that has rightfully been compared to Bon Iver's Justin Vernon. Low Roar opens. (Kolbie Stonehocker) The State Room, 638 S. State, 9 p.m., $18, TheStateRoom.com; limited no-fee tickets available at CityWeeklyStore.com


Most people are probably familiar with New Zealand songstress Kimbra through her guest appearance on Gotye's earworm "Somebody That I Used to Know." But as evidenced by uniquely poppy but soulful singles like "Settle Down" and her debut album, 2011's Vows, Kimbra is in no danger of being relegated to backup singer. She has a soulful, jazzy powerhouse of a voice—which she inventively loops and adds keyboards and live instruments to—as well as an eye-catching visual style that she showcases in stylish, fun music videos. Her sophomore album, The Golden Echo, released in August, takes the subtle pop beats from the first album and amplifies them, as heard on disco-party pop number "Miracle." Empress Of is also on the bill. (Rebecca Frost) In the Venue, 219 S. 600 West, 7 p.m., $18, InTheVenueSLC.com


Good things happen when the mad scientist producer Flying Lotus swoops in and signs you to his Brainfeeder label (especially after hearing only one of your tracks for a mere 20 seconds). Such is the case for the Flatbush-based crew The Underachievers. Since their 2012 meeting with FlyLo, rappers AK and Issa Gold of the Beast Coast crew (which also includes Flatbush Zombies and Pro Era) have been consistently co-piloting a slew of solid mixtapes and albums. Though their sound is rooted in traditional New York-style gutter, The Underachievers take it further, with a unique hard-hitting blend of drug-infused trap rap. Though neither rapper has a distinguishing style that sets him apart from his cohorts, it's their combined flows that inspire one to dip a swisher in the purple. Flatbush Zombies are also performing. (Colin Wolf) The Complex, 536 W. 100 South, 7 p.m., $20 in advance, $25 day of show, TheComplexSLC.com


It's not easy for a band to survive a change as monumental as the departure of a lead vocalist, but after longtime singer Lacey Strum left Flyleaf in 2012, the Texas alt-rock/metal band showed their fans they weren't going anywhere. They added new frontwoman Kristen May to their ranks and hit the studio to create their fourth full-length album, Between the Stars, released in September, which they're on tour to support. With a strong, wide-ranging voice that's eerily reminiscent of her predecessor's, May is well-equipped for her new role. And even with a new singer, Flyleaf's sound has remained essentially unchanged and continues to emphasize their powerful guitar, pounding percussion and religiously charged lyrics. Lullwater and Ryan White will open. (Nathan Turner) The Complex, 536 W. 100 South, 7 p.m., $16, TheComplex.com

The Psychedelic Furs, The Lemonheads


Now here's an odd combo: dark, broody (but still poppy) '80s alternative heroes The Psychedelic Furs, with sunny, druggy (but still poppy) '90s alternative heroes The Lemonheads. Sandpaper-voiced frontman Richard Butler and the P-Furs (which still include original bassist and brother Tim Butler), after toiling in the post-punk "modern rock" underbelly, inadvertently sold out in 1986 with "Pretty in Pink," even though their song preceded the same-named hit movie by five years. That track may still pay the bills, but it's the band's pre- and post-Molly Ringwald catalog that true alt-rock completionists cherish; singles like "Dumb Waiters" are just as chilling now as they were in 1981. (Bill Frost) Park City Live, 427 Main, 8 p.m., $25 in advance, $50 VIP, ParkCityLive.net