One of the most interesting crews in hip-hop right now is the Los Angeles-based collective Hellfyre Club. The group is essentially a rap think tank of Southern California's most avant-garde artists—and at the core of it all is rapper and producer Busdriver. A typical Bus track feels like a rap version of Tinker Tailor Soldier Spy—in other words, his tracks demand your full attention and should probably be paired with CliffsNotes and a fresh pot of coffee. His latest release, Perfect Hair, finds Bus in perfect form, diving into weird tangents with rappers like Aesop Rock, Danny Brown and Open Mike Eagle, and, of course, dropping the type of next-level production that would make Ira Glass nod his head. Milo; New Truth; and Lost, The Artist are also performing. (Colin Wolf) The Shred Shed, 60 E. Exchange Place (360 South), 8 p.m., $8 in advance, $10 day of show, ShredShedSLC.com


For their debut album, Speaking in Cursive, Salt Lake City indie-rock/electro trio Big Wild Wings picked a fitting title. Inspired by the feel of the vocals, which lead singer/multi-instrumentalist Lyndsi Austin describes as "smooth with the occasional haunting melody," the title speaks to the way they delicately curl and flow through the melodies on songs such as "Cardboard Mountains" and "So Far Away." The album will feature new takes on some of Big Wild Wings' older songs, which the band gave "some extra layers, which added a really cool spin on the record (no pun intended)," Austin says. Big Wild Wings is celebrating the release of Speaking in Cursive with two album-release shows, and attendees are encouraged to wear Halloween costumes to the Kilby Court show, where Sarah Degraw, In Color and Maer are also on the bill. The Urban Lounge show will also feature Heaps N Heaps, Streets of Laredo and Strong Words. (Kolbie Stonehocker) Kilby Court, 741 S. Kilby Court (330 West), 8 p.m., $6, KilbyCourt.com; The Urban Lounge, 241 S. 500 East, Nov. 8, 9 p.m., $5, TheUrbanLoungeSLC.com


What goes around tends to come back around, and that seems to be the case lately with music styles that were popular in the '60s and '70s. Santoros and Psychomagic are fitting tourmates as well as labelmates (on Los Angeles garage label Lollipop Records), as the two bands both play jangly, reverb-soaked music that's influenced by those eras. Founded in Mexico but now based in Los Angeles, Santoros combine distorted vocals, surf-y guitar and some perfectly haunted-house-dance-party organ for a sound that's psychedelically murky but full of punk energy, as heard on their new album, Animals, released earlier this month. Portland, Ore.-based Psychomagic sing oldies-inspired surf/psych-rock songs such as "Heartbroken Teenage Zombie Killer" and "Elvis on the Moon," which are as fun to listen to as their tongue-in-cheek titles might suggest. Local psych-rock band Red Telephone and blues-rock outfit Green River Blues are also on the bill. (Kolbie Stonehocker) The Urban Lounge, 241 S. 500 East, 9 p.m., free, TheUrbanLoungeSLC.com 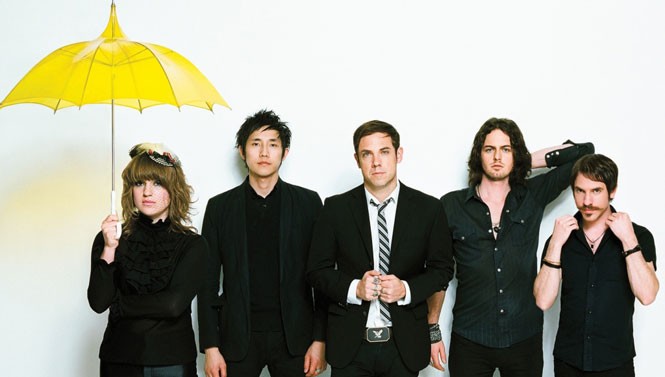 
What happens when you take novelist Mikel Jollett, give him motivation to write, and add a guitar? The result is the creation of The Airborne Toxic Event. Jollett writes narrative-rich lyrics and puts them against a backdrop of indie-rock sounds with an orchestral edge, like electric guitars playing alongside a viola. Since the 2008 release of their award-winning self-titled debut album, the band has shown no signs of slowing down creatively. The release of follow-up albums All at Once and Such Hot Blood (which The Airborne Toxic Event have been touring to promote since 2013) keeps in theme with the band's rock & roll storytelling voice by pairing heartfelt lyrics with guitar riffs and strings. In the Valley Below is also on the bill. (Rebecca Frost) The Depot, 400 W. South Temple, 8 p.m., $18 in advance, $23 day of show, DepotSLC.com


With 50 fingers between them, all strumming or plucking some type of stringed instrument, the members of Kalamazoo, Mich.-based newgrass/rock band Greensky Bluegrass fill a ton of sonic space, so much so that they can get by without a drummer. They carefully stack acoustic layers of mandolin, dobro, guitar, banjo and more that fit together perfectly, but that's not to say Greensky Bluegrass' music is only about picking as fast or as intricately as possible. In everything from their relatable lyrics to their band name, Greensky Bluegrass are all about pushing the boundaries of bluegrass. "'Greensky' is the complete opposite of 'bluegrass,'" says mandolin player and lead vocalist Paul Hoffman in the band's online bio. "So, by definition, we are contrasting everything that isn't bluegrass with everything that is." There are some classic bluegrass sounds on their latest album, If Sorrows Swim, released in September, but there's a strong rock feel as well, also experienced in Greensky Bluegrass' epic live shows. (Kolbie Stonehocker) The Depot, 400 W. South Temple, 8 p.m., $15 in advance, $19 day of show, DepotSLC.com


Relient K's roots may be in Christian punk rock, but the band's sound has evolved several times. And the band's lineup has also changed over the years, with Matt Thiessen and Matt Hoopes as the band's only original members. Relient K's musical progression is apparent on their most recent album, 2013's Collapsible Lung, which shies away from their punk roots and hits strong with more dance-oriented songs, like the upbeat "PTL" and the album's soulful title track. The Nashville, Tenn.-based group is on tour in celebration of the 10th anniversary of their Mmhmm album, which spawned their first major hits "Be My Escape" and "Who I Am Hates Who I've Been." Los Angeles indie band Blondfire will open. (Nathan Turner) The Complex, 536 W. 100 South, 8 p.m., $18 in advance, $23 day of show, TheComplexSLC.com 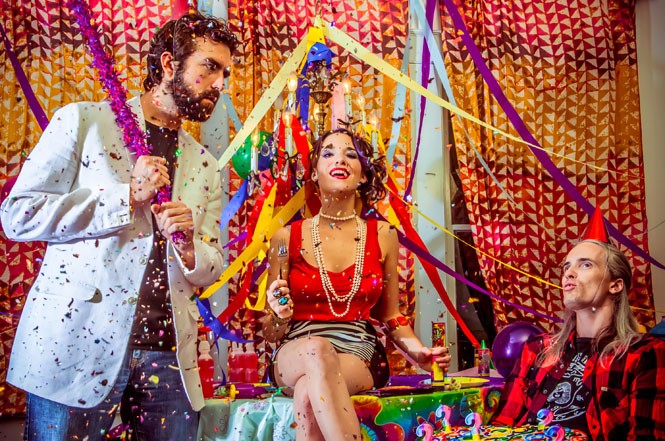 
The first thing that will probably strike you when listening to a song by Austin, Texas-based trio Megafauna is that there's so damned much happening at any given second. That's mostly because lead guitarist and vocalist Dani Neff seems to be everywhere at once, laying down dizzyingly technical guitar solos and belting strange, serpentine melodies that defy typical key signatures. But add drums and bass to that, and you have a sound that's part prog rock, part weighty grunge, as heard on Megafauna's sophomore album, Maximalist, released in April. Check out the music video for "Haunted Factory," which, with its juxtapositions of graceful choreography with tarantulas and a tetanus-y industrial setting, visually sums up Megafauna's beautiful but gut-punching style. Local bands Starmy, Baby Ghosts and Pleasure Thieves make this a can't-miss show. (Kolbie Stonehocker) The Urban Lounge, 241 S. 500 East, 9 p.m., free, TheUrbanLoungeSLC.com