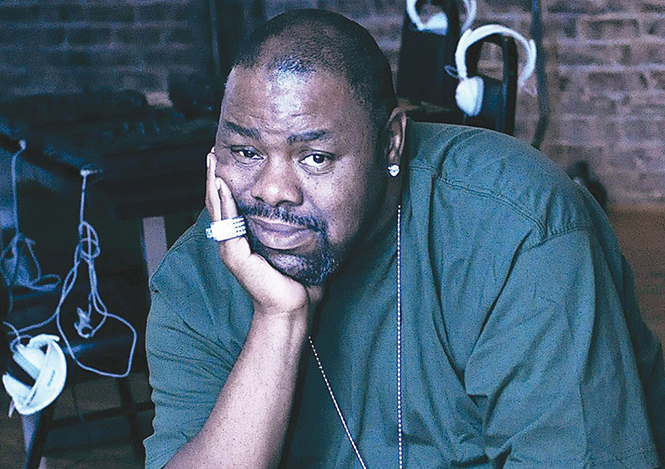 THURSDAY 10/31
Biz Markie, Cotes, Earthworm, DJ Bryson Dearden
Ogden has been on the rise for a while, with its creative community overflowing with fresh content, and more places for it to be played. Ahead of the grand opening of new Ogden venue The Monarch on Nov. 1, none other than '90s and early 2000s staple rapper Biz Markie rolls through on his "He's Just a Friend Tour," delivering such hits as the classic, heart-ache-bearing "Just a Friend"—among other picks from his wide oeuvre—to blast Halloween partiers to the past. On this exciting evening of pre-official-opening happenings, Biz Markie is joined by a solid group of Ogden players who are keeping the scene fresh and exciting. Cotes, who only started releasing music in 2018, has dropped multiple releases, mostly one- or two-track singles, plus an EP titled 9711 and his first full-length album, 2019's Eden. Cotes delivers a clean, easy on the ears hip-hop sound with sharp lyrics and dynamic soundscapes, with another album due out on Nov. 11. Fellow opener Earthworm also brings a unique spin on the hip-hop genre that keeps things interesting and versatile. With a lineup featuring these up-and-coming Ogdenites, there will certainly be a taste of the modern underground hip-hop scene. Accompanied by a headliner like Biz Markie, this show is a can't miss opportunity to see how local hip-hop mixes with the essentials. (Zaina Abujebarah) The Monarch, 455 25th St., Ogden, 8 p.m., $20-$50, all ages, 24tix.com 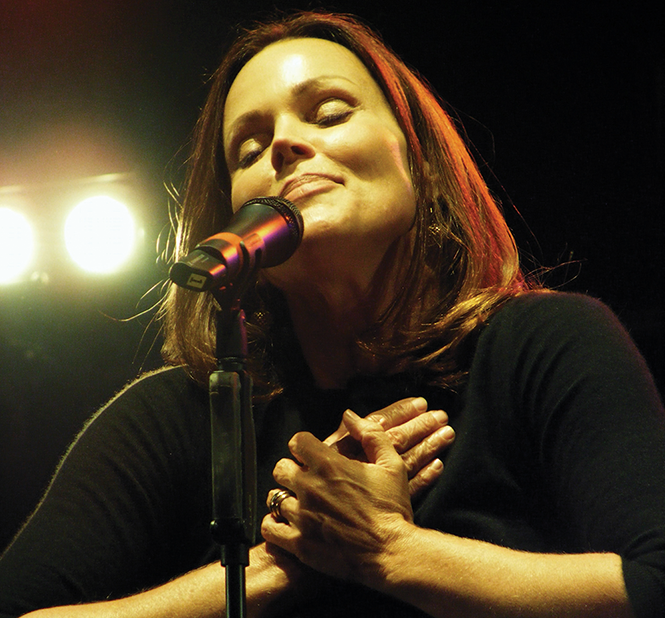 SATURDAY 11/2
Belinda Carlisle
When you've been part of a beloved classic band, it can be challenging trying to break out on your own and attain an equally successful solo career. So, credit Belinda Carlisle for doing exactly that. As lead singer of The Go-Gos—one of the most successful all-woman rock groups in history—she was so well-known that any individual effort might have paled by comparison. After all, here was a band that scored multiple hits, sold millions of records and became among the most prominent faces of American New Wave. Consequently, when Carlisle had early solo hits—such as "Heaven is a Place on Earth" and "Summer Rain"—it was a significant accomplishment. Indeed, while The Go-Gos have reunited on multiple occasions over the past 30 years, she's never allowed those reunions to diminish her individual efforts. She's always been something of an insurgent; her first professional gig was playing drums with the punk band Germs under the alias "Dottie Danger." But these days she uses her energy to advocate for causes that give her passion and purpose—LGBTQ rights, animal rights, vegetarianism and an organization she co-founded called Animal People Alliance, a Calcutta-based nonprofit that trains and employs impoverished women to care for street animals. A past Grammy, Brit and American Music Award nominee, she's also an acclaimed author thanks to her New York Times best-selling autobiography, Lips Unsealed. Clearly, Belinda's still got the beat. (Lee Zimmerman) DeJoria Center, 970 N. State Road 32, Kamas, 8 p.m., $70–$125, all ages, dejoriacenter.com

Patrick Sweany
There's a certain lyric that accompanied a song called "It Don't Come Easy," one of the first hits Ringo Starr scored early in his solo career: "Got to pay your dues if you wanna sing the blues, but you know it don't come easy." It might seem strange quoting Ringo when talking about a homespun musician like Patrick Sweany, but the fact is, Sweany did pay his dues and he does sing the blues—and he writes terrific songs and plays one mean guitar to boot. Sweany, who initially gained fame working the festival circuit in the late '90s, attracted immediate attention from peers like Dan Auerbach, Jimbo Mathus and noted Nashville guitarist Joe V. McMahon. His reputation only accelerated from there, thanks to a musical palette that integrates a variety of sounds with his blues muse. Sweany separates himself from the competition by adding distinct melodies to a decidedly tattered folk-infused sound, allowing the songs to stand out as more than mere fodder infused into any specific style. At times, his vocals are uncommonly reminiscent of Leon Russell, Dr. John or Leon Redbone, artists who honed a down-home delivery hewed in the heartland. Even so, Sweany's the real deal; there's no pretense or posturing in his approach. As the rest of the aforementioned lyric suggests, "You don't have to shout or leap about, you can even play them easy." Ringo was right, and Sweany is the proof. (LZ) The State Room, 638 S. State, 9 p.m., $17, 21+, thestateroompresents.com 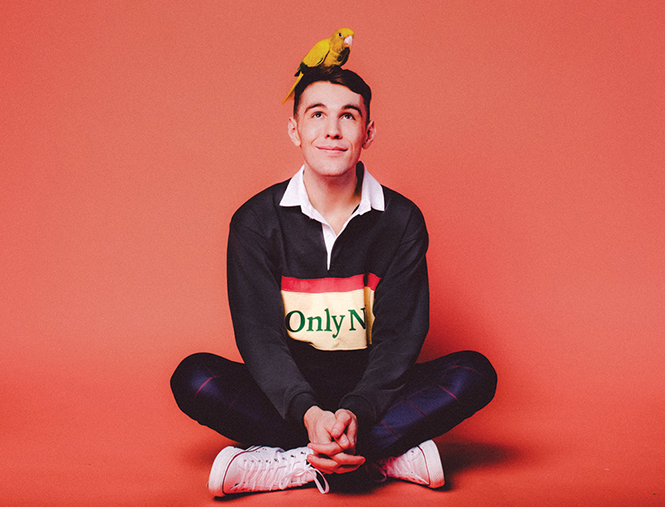 Monday 11/4
Yung Bae, Birocratic
Yung Bae has been working toward Bae 5 since 2014's Bae, that fully embraced the mid-decade obsession with vaporwave and anime aesthetic Soundcloud tracks. Instead, Bae 5 moves away from the look of that time to center Yung Bae and brand himself with his music. Gone are the various familiar '80s anime album art covers in favor of the artist himself, sitting criss-cross-applesauce, smiling at a yellow bird perched happily on his head. The shift seems to be in cosmetic alone: Yung Bae still bops his iconic future funk in a refined package that incorporates the slower tenor of Japanese disco while keeping the BPM high. It's easily reminiscent of Mariya Takeuchi's breezy 1984 Variety, but as Bae's single "Bad Boy," released earlier this year, demonstrates, the funk ambitions aim for somewhere between American '70s disco and '80s Japanese city pop. The resulting combination of strings and synths demands that you dance. And how can you not? Almost every track feels like the song that'll drag you away from the bar and onto the dance floor. Really, the most challenging part of discussing Yung Bae is resisting the impulse to instead shut up and groove. Opening for Bae is Birocratic, whose own sound also plays in the bloated chill wave space, but stands out for experimenting with more than just bumps, beats and soul samples. With this kind of energy, these artists aren't anything to chill and study to. (Parker S. Mortensen) Kilby Court, 741 S. Kilby Court, 8 p.m., $15 presale; $17 day of show, all ages, kilbycourt.com

TUESDAY 11/5
(Sandy) Alex G, Tomberlin, Slow Pulp
If you've ever wondered "Why are cassette tapes coming back?" you might not be familiar yet with the indie recording label and bedroom-pop community of Orchid Tapes. In the vein of sonic explorers like Brian Eno and Deerhunter, the Orchid Tapes roster is full of artists who make the type of warm, flexible music that complements the pops, hiss and warping sounds common to plastic cassettes. That label was the perfect artistic home for the 2014 debut of (Sandy) Alex G—who back then went simply by Alex G—an artist who has all the appearances and instincts of a bedroom pop slack-rocker but the ambitions of a musical astronaut. While the bedrock of his music is usually nonchalant acoustic strumming, his tracks frequently launch into choir-like arrangements of low-tone fuzz, fiddle and modulators played with a wiggly confidence aimed straight for heaven. One of his most affecting sonic tricks is a granulated vocal effect that first has the dissonant impact of a hyper-pixelated image, but settles like pollen shaking free from a heavy branch. That ear for vulnerable, singular arrangements has led to (Sandy) Alex G collaborating with artists like Frank Ocean and experimental ambient project Oneohtrix Point Never. And three albums after his debut—now on the independent label Domino—(Sandy) Alex G has created House of Sugar, which uses touches of country, noise and cosmic jazz to flavor his most consistent set of dream-pop hymns yet. It's songwriting that could even sound good on a cassette. He'll be joined by like-minded, emotive indie acts Tomberlin and Slow Pulp. (Alex Murphy) The Greek Station, 577 W. 200 South, 7 p.m., $17 presale; $20 day of show, all ages, sartainandsaunders.com

WEDNESDAY 11/6
Young Thug, Machine Gun Kelly, Polo G, Strick
No artist embodies the chasm between the age groups in rap music like Jeffery Lamar Williams, commonly known as Young Thug. As a new artist, he shocked the hip-hop community with things like wearing a dress, trolling other rappers with his album titles, calling his masculine friends pet names and developing a style of music that pushed the barriers of lyricism and voice modulation. Coming up under other barrier-breakers like Lil Wayne and Gucci Mane, Williams placed himself in a unique position to influence the culture after the "bling bling" era became a bit rinsed. Being "young" doesn't last forever, though, and since rap artists age in dog years, many icons have used the tactic of integrating even younger contributors to keep their music fresh and the fans anticipating more material. Thugger has accomplished this by bringing in Gunna, a hungry new artist who is establishing a name for himself with a smooth style that's similar to Thugger's, albeit less edgy. The pair performed the new single "Hot" on The Tonight Show with Jimmy Fallon on Oct. 20 amid a cloud of smoke and a marching band, proving that even after seven studio albums, he's still able to drum up interest from his fanbase. Sadly, Gunna will not be joining Young Thug on his Utah adventure, but openers Machine Gun Kelly, Polo G and Strick fill the void admirably. If you enjoy new music and youthful energy, this show will be "So Much Fun!" (Keith L. McDonald) The Great Saltair, 12408 W. Saltair Drive, 7:30 p.m. $45–$50, all ages, thesaltair.com