Ben Lee
Years ago in Harp, I put forth a theory that Ben Lee is the result of a tryst between Ronnie James Dio and Rhea Perlman from Cheers. It didn't catch on, but why give up? Especially when you can make a Dio-Rhea joke. Seriously, though. Google pics of all three parties and you start to wonder. Except smilin' Ben Lee is Australian, and there are no pictures of him flashing the metal hand signal and, although he devoted an entire album to covering punk rockers Against Me!, and had an alternative-rock band called Noise Addict at 16, and did a whole album about tripping on Ayahuasca, he's yet to show any metallic inclinations. Instead, he just writes these incredibly sweet, catchy tunes that run through the squiggly grooves in your brain—so deep you can't get 'em out. Love Is the Great Rebellion is his 11th album, and his first for Warner Bros., and it's probably gonna be the one that makes him a household name. It's stocked with songs so good that radio stations, film and TV music supervisors, ad agencies—and even, you know, music fans—will be crazy about. Hop on YouTube and check out the infectious "Big Love." Avassa and Matthew Love open. (Randy Harward) Music Garage Live, 250 W. 1300 South, 8:15 p.m., $15, musicgarage-live.com/ 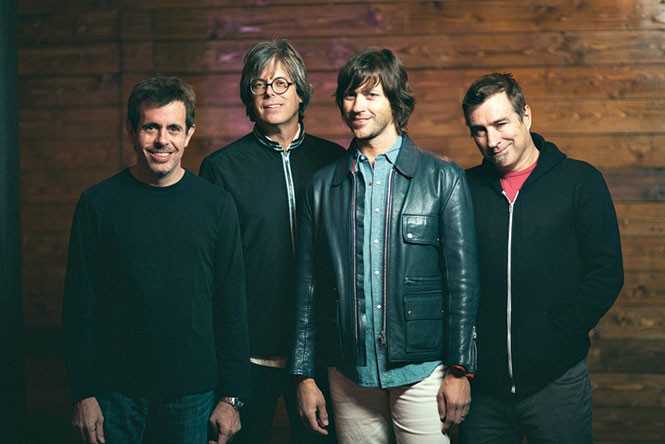 Old 97'S, Salim Nourallah, Hollering Pines
About 10 years ago, alt-country O.G.s Old 97's played Liquid Joe's. At the time, they'd just hopped over to New West Records for Drag It Up. This is after releasing Satellite Rides on Elektra in 2001, so they'd traded a major label for a major indie. That's because the band got caught up in the Time Warner-America Online merger, which might sound like a bad break—but it's not. Cameron Strang's New West label, after merging with Austin indie Doolittle Records (Bottle Rockets, Slobberbone, Hamell on Trial), was the ideal place for a band like the Old 97's, whose particular brand of alt-country is informed, in part, by the Beatles and the Replacements. New West did a fine job with the boys until they signed to ATO Records—which started at as Dave Matthews' imprint via major label RCA Records. So Old 97's have made it once more to the bigs, and their ATO debut, Most Messed Up, came out last year—the band's 20th together. Fittingly, MMU starts off with a verse that sums up why a band like Old 97's keeps doin' what they do: "We've been doin' this longer than you've been alive/ propelled by some mysterious drive/ They still let me do it as weird as it seems/ And I do it most nights and then again in my dreams." That mix of pride, humility and an irresistible urge to make music is why a band like Old 97's is worth checking out live. They do it because they have to, because the music is in their veins—but they feel lucky to have fans that followed them through the ups and downs of their career. Maybe that's why, at Liquid Joe's that night, when guitarist Ken Bethea received a tray of whiskey shots from the club, he shared most of them with the crowd. (Randy Harward) The Urban Lounge, 241 S. 500 East, 9 p.m., $20, TheUrbanLoungeSLC.com 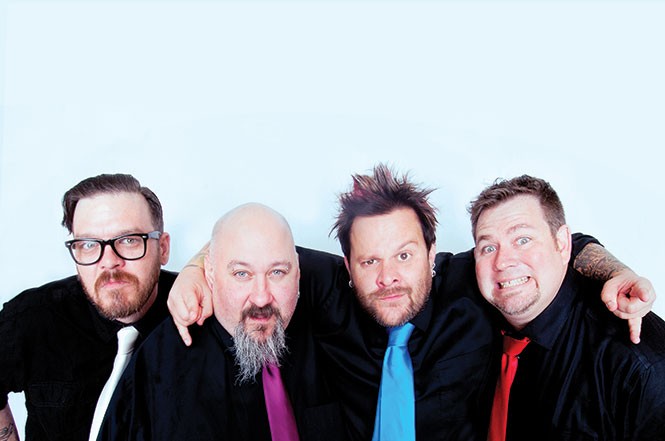 Bowling For Soup, The Dollyrots
Texas-based Bowling for Soup and Los Angeles-rooted The Dollyrots have more pop-punk cred than an entire Warped Tour lineup, and are songwriters who can write circles around 'em, to boot. Bowling for Soup—best known for their jokey paean to nostalgia, "1985"—is touring Songs People Actually Liked Vol. 1: The First Ten Years 1994-2003 (Que-So), an anthology that had to be split into volumes because each of their 10 albums have three or four songs that qualify. You may have heard The Dollyrots' ubiquitous "Because I'm Awesome" in movies and on TV, but they have six albums full of similar fist-pumpers, including two from 2014: Barefoot and Pregnant and the acoustic Love Songs, Werewolves and Zombies—both on Arrested Youth Records. (Randy Harward) The Urban Lounge, 241 S. 500 East, 9 p.m., $22 in advance, $25 day of show, TheUrbanLoungeSLC.com

Mynabirds, Bad Bad Hats
Dreamy, smooth and drifting, the new record from The Mynabirds, Lovers Know (Saddle Creek), sounds like it was inspired by an abstract painting of a babbling brook. Washington, D.C., indie pop-pianist and singer Laura Burhenn puts on an intimate show—even her most upbeat songs (which don't get much more energetic than "Semantics," from the new release) still have a subtle slow harmony counteracting the walking-paced beat. Check out the new lady-power music video for one of those pumped up songs, "Wildfire," which shows that you don't need to be forceful to be happy, free and confident. She'll be joined by her backing band when she comes to Kilby Court; Minneapolis indie rock band Bad Bad Hats opens the concert. (Tiffany Frandsen) Kilby Court, 741 S. 330 West, 8 p.m., $12, KilbyCourt.com

Damian "Jr. Gong" Marley, Stephen Marley, Jo Mersa Marley, Morgan Heritage, Tarrus Riley
Let's get the obligatory stereotypical weed & reggae joke out of the way by saying, I dunno, something about dreads set ablaze by spliffs. Wocka, wocka, done. Now let's discuss the real reason to attend the first Catch a Fire tour, in which Bob Marley's family and friends celebrate the music of their legendary patriarch in the year he would have turned 70. Having passed away at 36, Marley has been gone nearly as long as he was alive—that's 3 1/2 decades of Bob Marley music that was never written. Except the man left behind a legacy of offspring and friends to carry on his creative fire. So tonight, expect copious Bob covers alongside original music by musicians who learned at his bare feet. Also appearing will be Black-Am-I, Skip Marley, and Jemere Morgan. (Randy Harward) The Complex, 536 W. 100 South, 6:30 p.m., $38 advance/$45 day of show, TheComplexSLC.com

Noah Gundersen, Ivan & Alyosha
The religious music which singer-songwriter Noah Gundersen grew up listening to may be the source of his folk music's gospel undertones, but the music's poetic resonance and vulnerability come straight from Gundersen's soul. His newest wistful and passionate record, Carry the Ghost (Dualtone Music Group) comes into the world barely 18 months after his first full-length, Ledges. Somehow, he hasn't run out of things to say about loss, doubt and faith, and hasn't run out of deeply personal and sincerely raw ways to sing them. Opening is Gundersen's fellow Seattle artists, Ivan & Alyosha. The folk-pop quintet play a more energetic rock show than headliner Gundersen, with a variety of upbeat, triumphant-sounding anthems, calmer, heartfelt ballads and drowsy love songs from this year's release, It's All Just Pretend (Dualtone Music Group). (Tiffany Frandsen) The State Room, 638 S. State, 8 p.m., $16, TheStateRoom.com