The Coathangers, John Hiatt & The Combo, Marty Friedman and more

The Coathangers, Birth Defects
In 2007, all-girl Atlanta trio The Coathangers came out feisty, naming themselves for a crude back-alley surgical tool, and calling their songs "Nestle in My Boobies" and "Shut the Fuck Up." Four albums later, Suck My Shirt (Suicide Squeeze) finds them more serious, ditching the silly song titles (for the most part) and focusing on making great songs that bridge L7, the Muffs and the Pixies for a gritty, catchy, atmospheric sound. Garage rockers Birth Defects, from Los Angeles, boasts former members of Bleached and Thee Oh Sees—and their debut album, First 8 Mistakes (Ghost Ramp), was produced by Ty Segall. Sounds good already, huh? Yup. It is. (Randy Harward) Diabolical Records, 238 S. Edison St., 7 p.m., $10, Facebook.com/DiabolicalRecords

Sweden's on a roll with progressive house music. While Avicii collaborates with Coldplay and Madonna, Cazzette—also from Sweden—is collaborating with bubble-pop artists like A-Trak, The High, and Newtimers, easing their way up the ladder. The duo bass-dropped into the scene in 2012 with their debut LP Eject, which garnered respectable reviews. Now, they're best known for their R&B-infused track "Beam Me Up" and its clever video, which has accrued more than 7 million views on YouTube. They also scored a No. 1 hit on the Billboard dance charts with "Blind Heart," featuring vocals Terri B. They're touring their latest EP, Desserts (LE7ELS) which dropped earlier this year. (Robby Poffenberger) Park City Live, 427 Main, Park City, 9 p.m., $20-$40, ParkCityLive.com

Eagle Rock Gospel Singers
If you're expecting a bunch of Mike Huckabee-lookin' Southern gentlemen in string ties and big loaves-and-fishes-eating grins, have I got a surprise for you. Frankly, it surprised the hell out of me to click-start the track "Little Light" and hear a pumpin' bass line over low-key, jazzy piano—and then this sassy, soulful voice. This band sounded straight out of the blaxploitation era. Then the chorus opened up big and loud like a gospel choir before easing back into Shaft in Bethlehem. The rest of the SoCal band's songs are as interesting as that one, and they draw from soul, but also country and indie rock. I'm gonna listen to Heavenly Fire (Ba Da Bing!) a lot. And I'm an atheist. (Randy Harward) Alleged, 201 25th St., Ogden, 8 p.m., free, Alleged25th.com 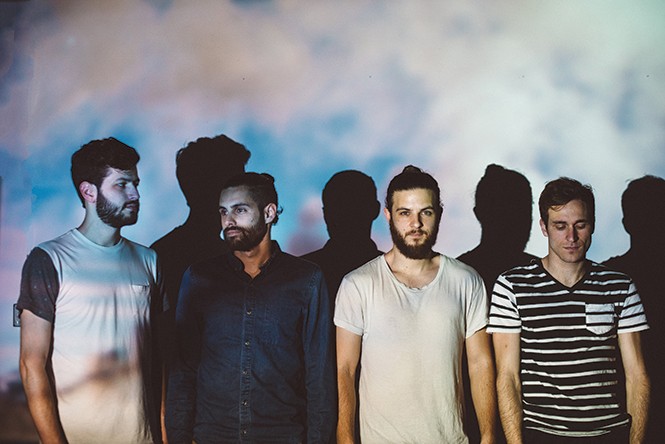 The Lighthouse & the Whaler, Born Cages, Good Graeff
After both becoming new fathers since the previous record release, brothers Michael and Matthew LoPresti's new album with their band, The Lighthouse & the Whaler, is more mature than the sparkly indie-pop of their first two records and EP. Mont Royal (Roll Call Records), named after the street on which they lived while recording in Montreal, is an indie-folk jubilee full of catchy melodies and introspection. The xylophone from 2012's This an Adventure is replaced with electronic harmonies, and the string instruments have a stronger presence. Listen for bonus track "Brothers," which hasn't been available for streaming online, and was released only on the vinyl pressing of Mont Royal and on the Brothers sampler. The concert opens with alt-rock trio Born Cages and Good Graeff, led by twin sisters who play cello and guitar. (Tiffany Frandsen) Kilby Court, 741 S. 330 West, 8 p.m., $10 in advance, $12 day of show, limited tickets available at CWStore.CityWeekly.net, KilbyCourt.com

Beth Hart
With a voice reminiscent enough of the raspy '60s powerhouse Janis Joplin that she played her in the Off-Broadway musical, Love, Janis, bluesy Beth Hart has a new album out this year: Better Than Home (Provogue). The Los Angeles badass of a singer uses her personal life—such as stories of her sister dying from AIDS, her own drug addiction and learning how to live with bipolar disorder—to fuel her emotional and energetic shows. Perhaps unsurprisingly, this year she has been covering blues legends Etta James, Ike & Tina Turner and Ray Charles. (Tiffany Frandsen) The Depot, 400 W. South Temple, 8 p.m., $30 in advance, $32 day of show, DepotSLC.com

John Hiatt & The Combo
Hey, Hiatt neophytes: Maybe you've never, or barely, heard of the man—but you need to see John Hiatt. You've almost certainly heard one of his songs; it's just that he probably wasn't the one singin' it. It could've been Bob Dylan, Don Henley, Joe Cocker, Gregg Allman, Marshall Crenshaw, Elvis Costello, The Neville Brothers, Bonnie Raitt, Jewel, Emmylou Harris—well, you've seen Road House, right? Jeff Healey performs Hiatt's "Angel Eyes" in the bar while Patrick Swayze and Kelly Lynch dance. You know when Jamie Lee Curtis strips for Schwarzenegger in True Lies? The funky little number that puts the bump in her grind is "Alone in the Dark"—performed by Hiatt himself. How about the love scene in Benny & Joon, and the aching, but inspirational, song that couldn't be a more perfect soundtrack to the first brush of lips in a dicey-but-destined relationship? That's Hiatt's "Have a Little Faith in Me." And onstage, Hiatt's no joke. Few people can hold an audience like him; he dances, cracks jokes, tells stories, brags about his ace band—and when he sings, he gives you the raw emotion that he must've felt when he wrote these songs. Trust me, Hiatt noobs: Take a chance on the guy. (Randy Harward) The State Room, 638 S. State, 8 p.m., $65, TheStateRoomSLC.com 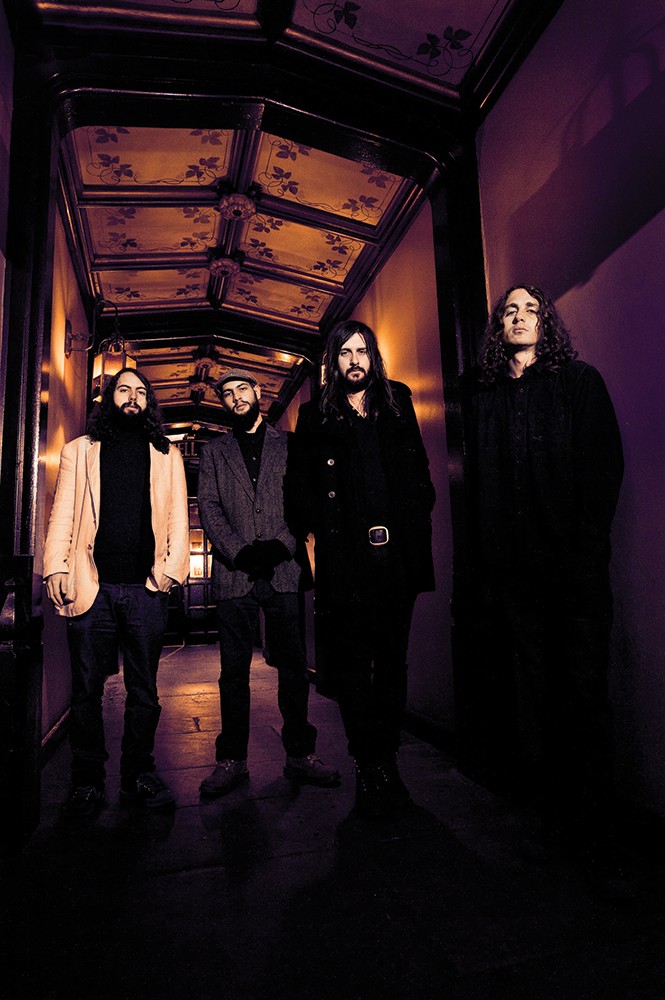 Uncle Acid & The Deadbeats, Ecstatic Vision, Ruby The Hatchet
Last week, I mentioned something about reggae and stereotypes and ... I forget exactly ... what I was ... talking about? Never mind. Let's go down to the basement. Is it me, or is it kinda hazy in here? I'll turn on the black light. Somebody put on that new Uncle Acid & The Deadbeats album. It'll go really well with these posters, especially the one of Charles Manson. The music has that freaky, culty '60s vibe. Yeah, that's the one—The Night Creeper (Rise Above). Huh? This song's called "Murder Nights?" I'm freakin' out, man. Will you guys please cover the poster and play something else? Yeah, Ecstatic Vision's cool. The name sounds really promising. But wait. Music is sound, man. Not vision— Whoa ... This is far out. I feel like I'm riding the song through space. Lemme see the cover. Oh, this makes way more sense: Sonic Praise (Relapse). ... Yaaaawwwwwn. How long was I out? What's playing now? Ruby the Hatchet? I love when chicks sing badass, creepy, heavy rock. The singer sounds hot. What album is this? Aurum (Tee Pee). Dude, I am so hungry. (Randy Harward) The Urban Lounge, 241 S. 500 East, 9 p.m., $15, TheUrbanLoungeSLC.com