by Keith McDonald and Nick McGregor

FRIDAY 9/28
Denzel Curry, Kid Trunks
In an era when it's normal to place MCs under the age of 25 in the mumble-rap category, Denzel Curry offers a forceful rebuttal of such an inaccurate slant. In less than 10 years, the 23-year-old Florida native has hit his mark with the precision of the Golden State Warriors point guard who shares his last name, developing a solid fan base through meaningful lyrics and a unique, versatile style. Curry started out with fellow Florida spitter SpaceGhostPurrp and his crew, Raider Klan. After that collective disbanded, Curry flourished by blazing his own path. His debut studio album, 2013's Nostalgic 64, came out while he was still in high school—coincidentally, the same school as Trayvon Martin, whose tragic death spawned Curry's 2012 mixtape Strictly for My R.V.I.D.X.R.Z. But it's Curry's newly released third studio album, Ta13oo, that has fans and music-industry veterans buzzing. A Jekyll-and-Hyde contrast of Curry's depressing and gleeful psyche, Ta13oo (pronounced "taboo") includes social commentary, party cuts and sharp self-assessments. Before you attend Curry's local show at The Complex, give the album's three acts—"Light," "Gray" and "Dark"—a listen. There's something here for both new ears looking to keep up with hip-hop's ever-changing popularity and old hair-sprouting ears that are always annoyed at the kids on "their" lawn. (Keith L. McDonald) The Complex, 536 W. 100 South, 8 p.m., $19.50, all ages, thecomplexslc.com

SATURDAY 9/29
Gary Numan
This West London native is an industrial icon, revered for his uncompromising approach by everyone from Depeche Mode and Marilyn Manson to Beck and Nine Inch Nails. Numan's early hits "Are 'Friends' Electric?" and "Cars" were hailed for pushing pop forward; Talking Heads founder David Byrne even once called them "two of the finest songs" in British music. But Numan never backed down when it came to his intuition, skipping music-biz stardom in favor of cultivating his own frigid form of crushing electronica. The proof of his success? Twenty-two full-length albums in, he's still fiercely independent—a focus he adopted from his wife, Gemma Webb. Managing, promoting and booking himself, he also writes, records, produces and performs all of his music. Forty years after signing his first record deal, he maintains a raw perspective on the indignities of today—his latest album, Savage (Songs from a Broken World), is a post-apocalyptic look at life on Earth in the not-too-distant, climate-change-ravaged future—while remembering the rebellion from which his career sprung. "I am very proud of the fact that as I've got to the more precarious latter part of my career, the music's got progressively darker and even less radio friendly," Numan says in his 2017 website bio. "I've done the opposite of playing it safe." (Nick McGregor) The Depot, 400 W. South Temple, 7 p.m., $32 presale; $35 day of, 21+, depotslc.com 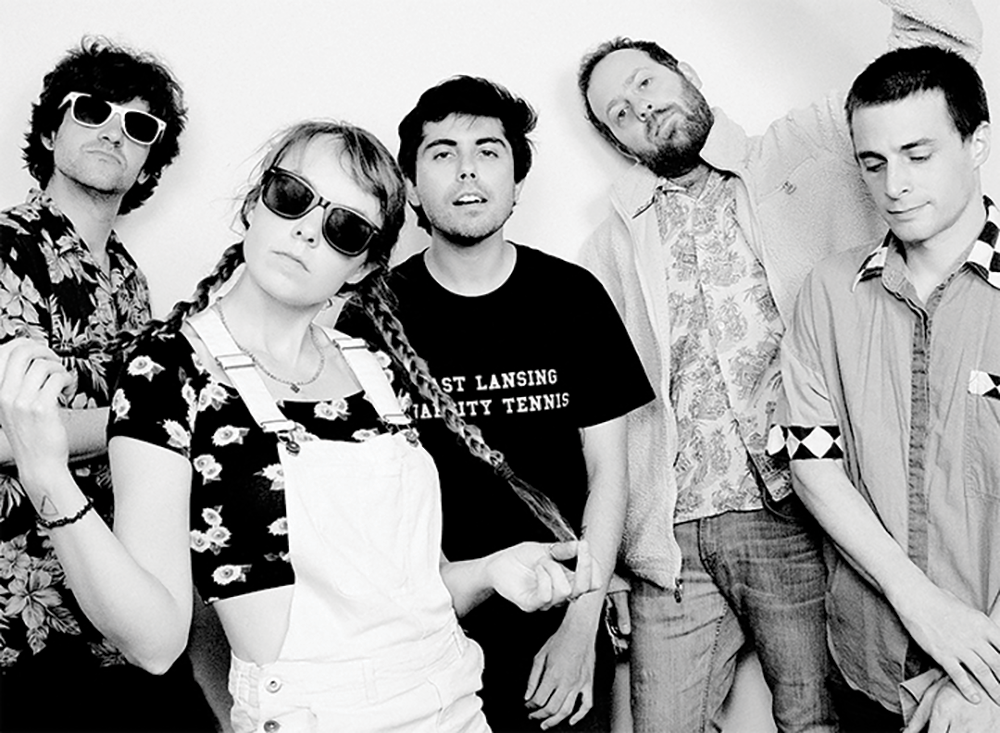 SUNDAY 9/30
Courtney Marie Andrews, Samantha Crain
While her breakthrough LP, 2016's Honest Life, detailed the loneliness of a singer/songwriter's time on the road, Courtney Marie Andrews' new album, May Your Kindness Remain, craves connection and healing. Full of empathetic lyricism and incisive character studies that tackle mental illness, poverty and the ragged reality of the so-called American Dream, May Your Kindness Remain was the first of Andrews' eight albums produced by an outside contributor: Mark Howard, who's worked with Bob Dylan, Tom Waits and Emmylou Harris. That last reference serves as a lodestar for Andrews; hailed by The Fader as "a punk-steeped folkie casting sideways glances at mainstream country," Andrews earned an Emerging Artist of the Year nomination at the 2018 Americana Awards for her raw approach. Searing guitar riffs and gospel vocals kick MYKR into high gear; together with quivering organ and raw percussion, the final product lives up to the blues pedigree of Andrews' label, Mississippi's Fat Possum Records. She remains true to herself, however: Once a staple in her hometown Phoenix punk scene, she's resisted the urge to tie herself to any particular city since getting burned by a local record label. She landed in Los Angeles to record MYKR but, up until last year, would still return to the Pacific Northwest to bartend and wait tables between tours. That might change now that Rolling Stone, NPR and the music establishment have caught on to her storytelling prowess. "You can find songs anywhere," she told Telegraph in February. "I look for stories in my family and the people I meet"—the "down home America" she loves and elegizes so beautifully. "The working class of America I'm optimistic about." (NM) Kilby Court, 741 S. Kilby Court, 7 p.m., $12 presale; $14 day of, all ages, kilbycourt.com 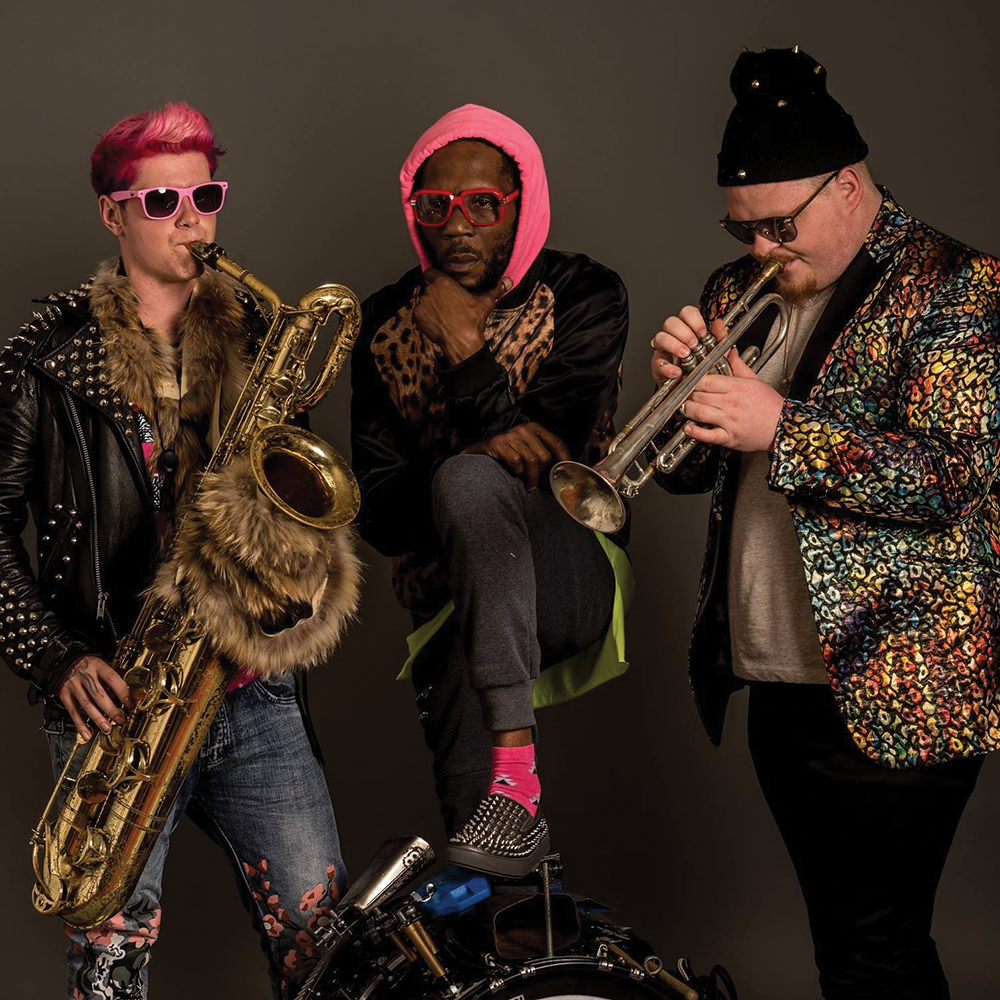 MONDAY 10/1
Too Many Zooz, Honeycomb
Remember that crazy trio you saw busking in the Union Square subway station on your last trip to New York City? The same ones who appeared onstage with Beyoncé at the 2016 Country Music Association Awards? Yeah, those guys—saxophonist Leo Pellegrino, trumpeter Matt Doe and drummer David "King of Sludge" Parks, whose Too Many Zooz collective has gone from gutter punk to high class in just four years. After a video of Pellegrino spinning like a swing dancer while blaring to the brass band beat of Doe and Parks went viral on TMZ, Too Many Zooz transformed themselves from self-described "brass house" street performers to session musicians with Beyoncé, recording two of Lemonade's most prominent tracks: "Daddy Lessons" and "Formation." Now, the trio's mind-bending musical ability is wowing audiences around North America. Pellegrino's baritone sax blasts, Doe's harmonic peals and Parks' staccato eighth-note rhythms pull from funk, punk and jazz—Pellegrino recently paid tribute to Charles Mingus for a BBC concert at London's Royal Albert Hall—but in reality, Too Many Zooz operates in a land all its own. "Not to sound existential," Doe says in a news release for the band's current Pug in a Tub Tour, "but I don't like using standardized terms when describing our music. We're all doing things that are out of the ordinary for our instruments and our roles. Someone from Cuba can hear Cuban music in the cowbells. Someone into death metal will enjoy it next to a grandmother who hears it as old swing music. Nearly every person of every color, creed, background and upbringing can find something to relate to." (NM) The Urban Lounge, 241 S. 500 East, 8 p.m., $16 presale; $20 day of show, 21+, theurbanloungeslc.com

WEDNESDAY 10/3
Screaming Females, Kitten Forever, Rebel Rebel
Very few bands sound like their name—but New Jersey's Screaming Females have mostly lived up to that lofty task. Frontwoman Marissa Paternoster delivers her shouted lyrics and serrated guitar chops without mercy, while bassist Michael Abbate and drummer Jarret Dougherty pummel their rhythms into sonic submission. But a weird thing happened 10 years into this band's fiercely DIY existence: For their sixth LP Rose Mountain, released in 2015, Screaming Females migrated toward clarity, concision and melody. Paternoster's vocals, which address the pain of living with chronic mononucleosis, rang out with unabashed purity instead of redlining out of the mix, while the precision of her playing transformed her legendary guitar licks from those of a brutish battleaxe to a more refined paintbrush. It's an aesthetic that carries over onto 2018's double album All at Once, which skews closer to pop than anything these unapologetic punks have ever produced. Instead of living up to everyone's expectations of what a band called Screaming Females should sound like, All at Once incorporates organ and cello and detours into the so-called heresy of ska—seriously, who plays ska anymore? Still, the sum of all these parts is indispensable in today's ADD-addled musical world: a long-running band sticking to its shred-at-all-cost guns while somehow finding a new overdrive gear to shift into. In February, Paternoster told Ghetto Blaster Magazine, "We're more interested in maintaining our integrity [than] caring about whatever 'success' is supposed to be." (Nick McGregor) Kilby Court, 741 S. Kilby Court, 7 p.m., $12 presale; $14 day of, all ages, kilbycourt.com