Upon first glance, Franklin, Tenn., indie-rock trio Colony House—named for an apartment complex in their hometown that all the band members have lived in—play a catchy, digestible style of pop that's easy to tap your toes and sing along to. But underneath all that sunny guitar and warm textural layers is a gritty rock feel and contemplative lyrics that ground the band's sound, making a listening experience that's entertaining but emotionally substantial. Lead singer/guitarist and principal songwriter Caleb Chapman echoes that in a press release about the band's debut full-length album, When I Was Younger, released in July: "Creating this record had such a strong set of contrasting emotions: joy, hope, frustration, sorrow, uncertainty, confidence." Knox Hamilton and Little Barefoot will also perform. (Kolbie Stonehocker) Kilby Court, 741 S. Kilby Court (330 West), 7:30 p.m., $10, KilbyCourt.com; limited no-fee tickets available at CityWeeklyStore.com


Funk/psychedelic soul music is one of those magical things that always satisfies, and San Francisco six-piece Monophonics is making sure the world gets its fill of the good stuff. Created with wah guitar, organ and a nasty horn section, Monophonics' sound is a veritable musical time machine to the funkier days of the '60s and '70s, in a similar vein as contemporaries Orgone. With mind-blowingly good releases including 2010's Into the Infrasounds and 2007's Playin & Simple under their belt, Monophonics have shown they can take these classic sounds and truly make them their own. Looking forward, Monophonics plan to release a new full-length album sometime this year. Local funk-rock/jam band Marinade and DJ Street Jesus will start things off. (Kolbie Stonehocker) The State Room, 638 S. State, 8 p.m., $15, TheStateRoom.com; limited no-fee tickets available at CityWeeklyStore.com


Provo-born indie-rock trio The Moth & the Flame were propelled to fame after they released their magical EP &—pronounced "ampersand"—in 2013 and then departed on a European tour with Imagine Dragons. Now based in Los Angeles, they're continuing their upward climb, getting national nods and accolades, but that doesn't mean they're too busy to rock out at a free concert in their hometown. Electro-pop five-piece The Brocks have been hard at work, too, collaborating with electronic artist Kaskade on the track "Summer Nights," which he recently presented at the Electric Daisy Carnival—be sure to check out the track's killer music video. Also performing is electro-pop quintet Coral Bones, who recently raised funds for the National Alliance on Mental Illness through downloads of their fantastic new single, "Queensway." (Kolbie Stonehocker) Provo Town Square Parking Terrace, 100 North & 100 West, 7:30 p.m., free, RooftopConcertSeries.com 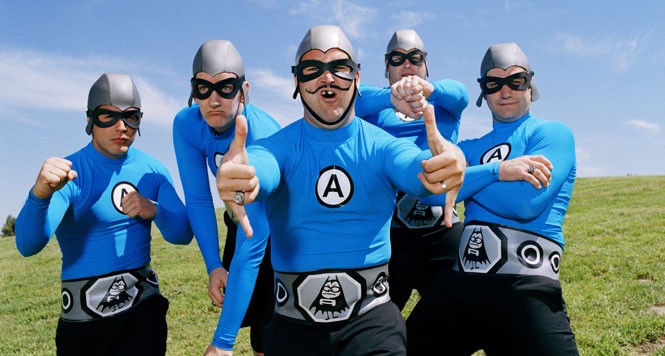 
Celebrating 20 years of being super-ska superheroes, The Aquabats are no strangers to outrageous performances. Dressed in spandex and blasting a blend of pop, ska and rock, they have created a personality that sets them apart from other novelty bands. Their colorful costumes and upbeat songs about pool parties and pizza reach new youth and make for a fun night of nostalgia for older fans. The band specializes in elaborate and theatrical live shows, including banter and stage combat to reinforce their superhero identities. Also performing is Kepi Ghoulie, a perfect match to the wackiness of The Aquabats. (Rebecca Frost) The Depot, 400 W. South Temple, 8 p.m., $18 in advance, $20 day of show, DepotSLC.com


There's something about the intro to Kurtis Blow's 1980 classic the "The Breaks" that gets me every time. I can't help but get pumped whenever I hear the line, "Clap your hands everybody/ if you got what it takes/ 'cause I'm Kurtis Blow and I want you to know/ that these are the breaks!" KRS-One and Timbaland would agree; these two (plus a handful of others) have given nods to, reworked or sampled it for their own tracks. One of hip-hop's first mega hits, "The Breaks" is also the reason that commanding your fans to clap is beyond iconic at this point. It's practically a rap mantra. And that's the thing about Kurtis Blow; the man is a legend, a pioneer, a rapper who paved the way for household names like Run DMC and The Fat Boys and, of course, doing so while looking incredible in leather pants and a fresh Jheri curl. Atheist and Matty Mo are also performing. (Colin Wolf) The Urban Lounge, 241 S. 500 East, 9 p.m., $15, TheUrbanLoungeSLC.com; limited no-fee tickets available at CityWeeklyStore.com


Provo indie-rock/alt-rock five-piece Static Waves hit the ground running when they came together in January. They've been "constantly practicing, writing and exploring our sound," says lead vocalist Jesse Williams, and also performing frequently throughout Utah County—they were even finalists at Velour's Battle of the Bands in June. And they're keeping all that good momentum going by releasing their self-titled debut EP at this show. Produced by Eric Robertson at Pleasant Pictures, Static Waves is guitar-driven but danceable, with touches of poppy electro floating over a hard-hitting rock foundation. Earworm-worthy songs like "Prisoners" and "Love Shot Eyes" will easily get stuck in your head, and mellower track "Pull Me Closer" really shows off Williams' strong vocals. Drew Rindlisbacher and Violet Waves will also perform. (Kolbie Stonehocker) Velour, 135 N. University Ave., 8:30 p.m., $7, VelourLive.com 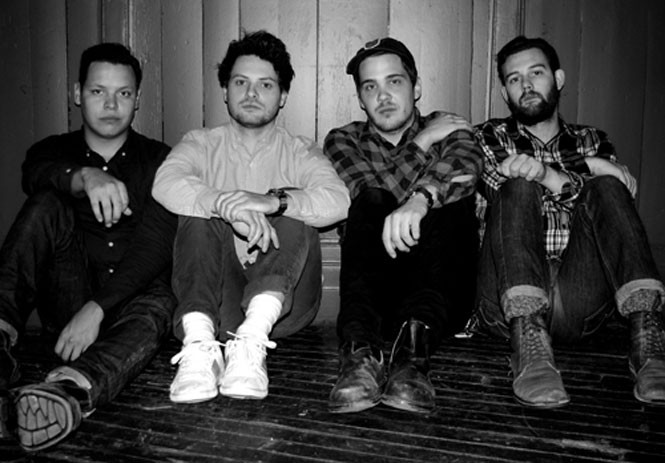 
London, Ontario, punk foursome Single Mothers seem to have their shit together these days, even if their early history was turbulent. Founding member and vocalist Drew Thompson started the band in 2008, but things were shaky lineup-wise, and Single Mothers broke up for a while after the release of their primal 2011 release, S/T EP, a gut-punching barrage of ear-splitting howls and badass guitar. But they gave it another go in 2012, when they set out on their first major tour. Since then, Single Mothers have been signed to Dine Alone Records, and are set to release their official debut album, Negative Qualities, on Oct. 7. Wearing Thin and Alexander Ortega are also on the bill. (Kolbie Stonehocker) Kilby Court, 741 S. Kilby Court (330 West), 7 p.m., $10, KilbyCourt.com; limited no-fee tickets available at CityWeeklyStore.com