A roundup of what Utah's music tastemakers are putting into their ears. 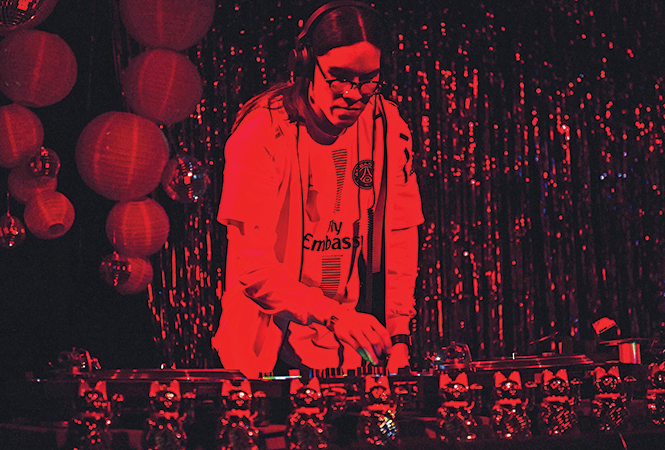 This week we reach out to a few local music makers, lovers, curators and more to see what music is keeping their ears and their minds busy.

"Just recently getting into Anna Von Hausswolff—am looking forward to a new record she's releasing in September. New Man Man as well—I get really into just about anything Honus Honus puts out, and if safe shows are ever a possibility in this mess of a country, I hope to see Man Man live again," Hatziathanasiou says, referencing Man Man's 2020 release Dream Hunting in the Valley of the In-Between. Here's to hoping we can meet him at that distant future show.

Audrey Lockie, SLUG Magazine. When they're not busy churning out reviews at SLUG Magazine, Audrey Lockie is busy discovering still more music. They deliver eloquently-worded descriptions of their favs, too, when asked for what's been keeping their ears pricked. Among the picks are records like A Walk Across The Rooftops by The Blue Nile, which they describe as being "smooth as velvet and definitely melodramatic, The Blue Nile's debut is a record built out of the passion of pure feeling. These luscious songs offer a musical equivalent to the unapologetic sap and glory of soap operas, Victorian novels and Nicholas Sparks adaptations."

Some of their picks also touch on the strange feelings that come with the pandemic age, such as the minimal and "flute-hyme" driven Offering - Live at Le Guess by Nicole Mitchell and Moor Mother. Lockie says, "In our near-barren concert landscape, even this canned document testifies to the power of face-to-face, communal music-making." Otherwise, their picks include 2020 releases A Heavenly Touch by Claire Rousay, A Sleep Disaster by Miguel Mendez and Soundbath Mixtape Vol. 1 by A Space for Sound. When a critic like Lockie gets to wiggle out of assignments to explicitly list what they actually love, it's worth noting. So ... take note.

Emma Roberts, Member of Daytime Lover and Herring, Former City Weekly Intern. Outside recent time spent as a City Weekly editorial intern, this local music-lover has been busy making her own music and staying busy with activism—and fusing the two interests into one. "Not the 'flower power' shit," she says of her new interest in classic protest music. "The real revolution. The momentum that BLM is getting is [getting me] into civil rights era music. Artists like Gil Scott-Heron, Marvin Gaye and Nina Simone are essentially narrating my life currently. 'The Revolution Will Not Be Televised' by Scott-Heron not only describes my current mindset, but it also gives me fuel," she says of the iconic song, which references issues that still resonate regarding today's media echo chambers. "Listening to these types of artists gives me intention. The music of Nina Simone and other soul icons have kept my motivation high to be out on the streets, fighting for what's important."

She's also found the same kind of inspiration and comfort in more contemporary artists. "I've been listening to a lot of Kendrick Lamar," Roberts says. "His music fuels the intense anger I have with our current climate, but also is very cathartic for me." Accessible as these new and old artists all are, follow Roberts' lead and don't take them for granted.

Yokchi Chang, Nightfreq. Some may miss the glitz and glam of dark-wave, italo disco and electronica deep-cuts curated at Nightfreq dance nights—though they recently put on a socially-distanced vinyl night at The Block SLC. Dancing in crowded rooms at Nightfreq or Social Disco Club Nights still isn't really a thing right now, but that hasn't stopped their creator Yokchi Chang from digging into online music exploration via avenues as common as Spotify, and as weedy as Soundcloud and YouTube in the meantime.

"I've been discovering a lot of music from Africa, Asia and South America," he says, listing artists like the decades-old funk work of Bill Loko, whose work can be found on Bandcamp compilations like Pop Makossa - The Invasive Dance Beat of Cameroon 1976-1984. He notes other artists of a vintage time and place, like Livy Ekemezie's American and Nigerian funk-disco fusion, Mariya Takeuchi's Japanese '80s city pop, Brazilian Tropicalia from Di Melo, as well as contemporary picks like Sao Paulo-based Teto Preto and acid jazz from Japanese band Cat Boys. "It's been refreshing to find new artists outside of the U.S., and it's kept me motivated to keep discovering new underground artists," Chang says. For anyone who also feels ready to dive into the diverse world of music from the Southern hemisphere and the rich palettes of Asia, these recommends are great starters from someone as knowledgeable as Chang.